He transformed his Honda XRM into a PWD-friendly trike
by Aris Ilagan | Aug 9, 2018 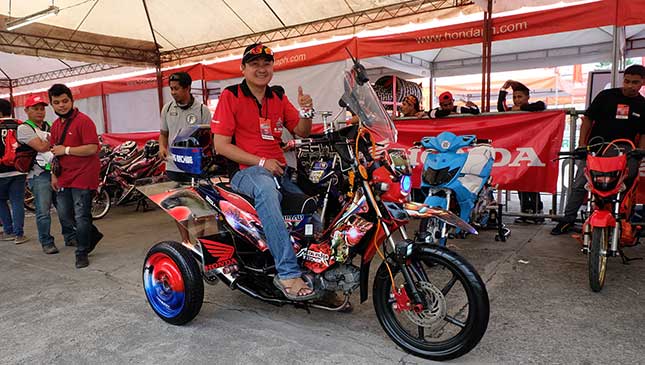 Erickson Nacario was in the midst of  a soothing message when hell broke loose at the night market along Roxas Avenue in Davao City past 10pm last September 2, 2016.

After a powerful explosion rocked the place, 15 people were killed, and at least 70 wounded victims were rushed to nearby hospitals. One of them was Erick. His right arm was severed, and his right foot sustained a big, deep cut. It was a tragic incident. Erick did not lose consciousness despite his injuries, and he managed to seek refuge in a safer area with his wife, Mayeth, before they made it to a hospital onboard a jeep.

Erick and Mayeth rode his much-loved Honda XRM 125 Motard to the night market, but it was left behind following the bombing.

Fortunately, his arm was recovered and was turned over to hospital staff. After putting him to sleep, the doctors performed successful reconstructive surgery to reattach his arm. “Pero wala nang buto, balat na lang ang nagdurugtong sa kamay ko at katawan,” Erickson explained to us. Still feeling grateful he had survived the terrorist attack, Erick is more than determined to move on—literally and figuratively. He wanted to regain a normal life...to be able to ride again.

During his three-month stay in the hospital, he figured out a way to ride his Honda XRM (which he bought in 2006 as his daily ride) again, despite having a paralyzed right arm. While recuperating and using only his 'weak hand,' he got on the drawing board and made several designs to reconfigure his two-wheeler into a trike that would need less balancing effort. “Love ko kasi talaga ‘yun XRM,” he said. Erick fondly calls his bike 'Marick,' a combination of his nickname and his wife's, Mayeth.

Immediately after his release from the hospital but still stuck with crutches and an arm sling, Nacario partnered with a welder and started working on his Honda bike in their house at Ma-a district in Davao City. First to undergo conversion were the throttle and front brake lever, which he both transferred from the right handlebar to the left. Since the XRM has a four-speed, clutchless transmission, the left handlebar was able to accommodate the brake lever and throttle assembly.

Next, he reconfigured the swing arm to accommodate a long axle with two wheels at the rear. His teammate welded the sprocket to the axle to complete the drivetrain, but retained the rear disc brake system. To keep his trike light and agile, he used the donut spare tires from a Honda Jazz for the rear wheel set.

He also made some modifications to the rear suspension. He added colorful decals of images from the movie Iron Man on the front cowl, and the Philippine Eagle on the rear fenders to make it cool and sporty. The wheel covers were painted with red, white and blue, a reflection of his sense of nationalism.

With his bike finally back after a tedious, trial-and-error modification procedure, Erick found himself riding his favorite stallion again with his motorcycle group, Honda XRM Riders Club Davao, Inc. Many were fascinated by the transformation, so he was encouraged to enter his XRM in bike shows. In less than a year, Erick’s three-wheeled XRM has been raking awards. The latest came from the recently-concluded Honda Riders Convention 2018 held in Davao City, joined by at least 1,200 bike lovers from Mindanao.

Erick rode home with his wife on the Honda XRM, bringing with them 1st place of the Best Underbone Award and the People’s Choice Award.

By the way, Erick still wears a helmet when he rides his three-wheeler. He can only throttle to a maximum speed of 40kph, or else he will end up struggling to keep the trike stable using only one hand. Now 39 years old, Erick feels he has regained his normal life. 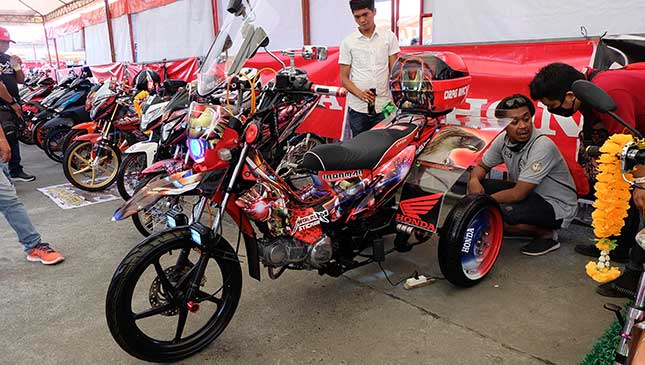 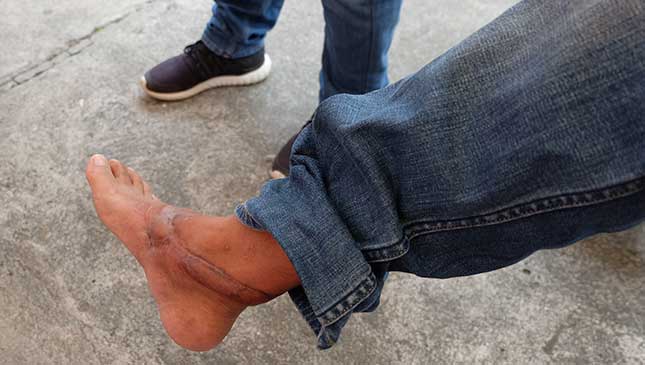 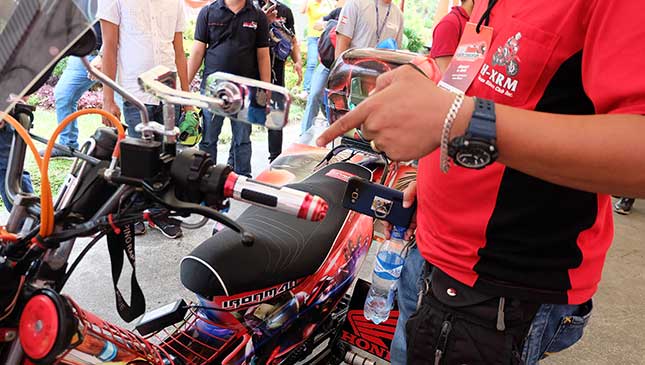 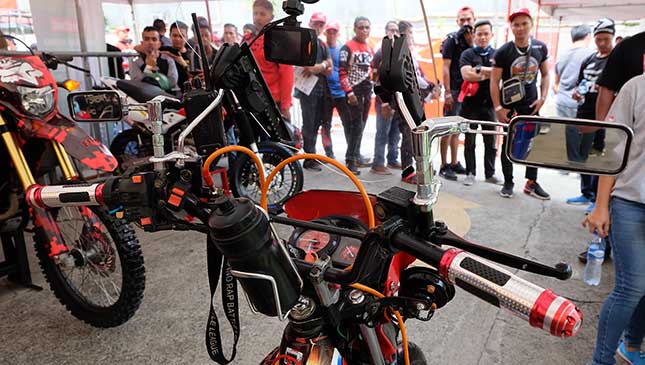 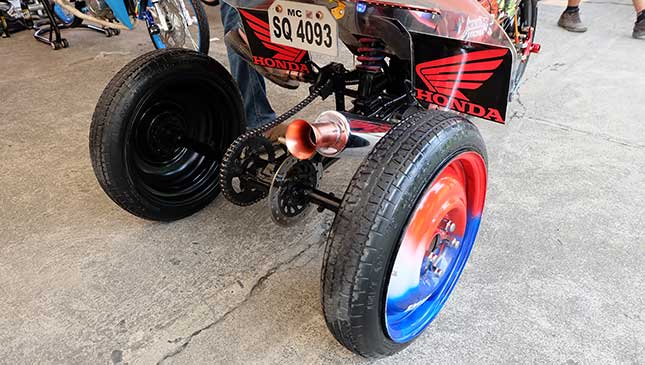 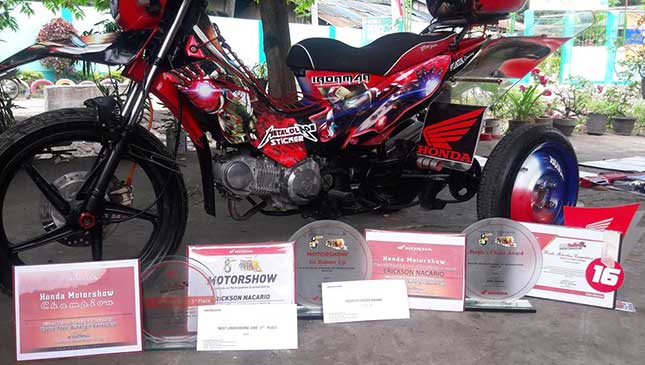 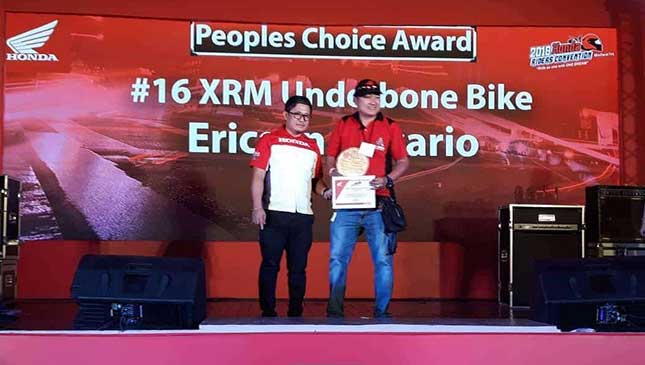 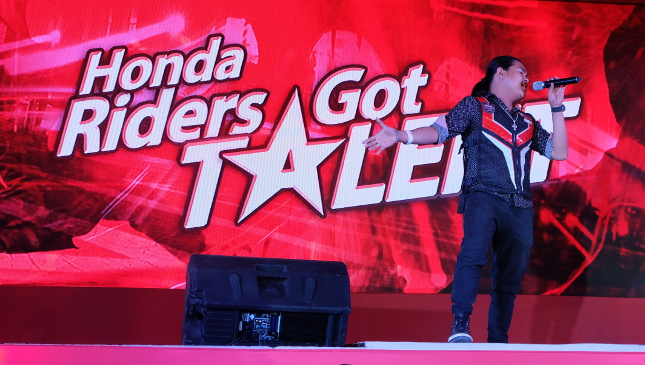 10 Images: Honda convention draws 1,200 bike lovers from Mindanao
View other articles about:
Read the Story →
This article originally appeared on Topgear.com. Minor edits have been made by the TopGear.com.ph editors.
Share:
Retake this Poll
Quiz Results
Share:
Take this Quiz Again
TGP Rating:
/20