How to convince your wife to let you own a motorcycle

Riders share their triumphs and frustrations
by Aris Ilagan | Aug 9, 2017 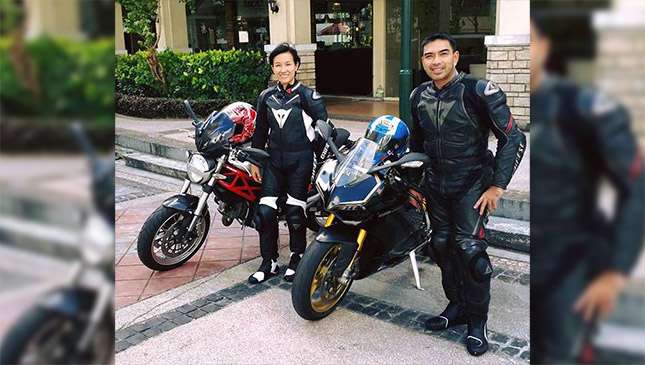 "How do I love thee? Let me count the ways."

If this poem authored by Elizabeth Barrett Browning in the 1800s indeed reflects a woman’s unconditional love to her partner, then asking for a motorbike should not be an issue at all. But owning a two-wheeler in this century is not as easy as ABC.

Nowadays, one of the biggest hindrances to owning a bike is not entirely about budget or having a covered garage, but getting the nod of one’s mother, wife or girlfriend. Claiming they know more of what pain and sacrifice are all about, the female gender seems less keen on motorcycles primarily over the issue of safety.

I need not look far for examples of suppressed manhood. Among my circle of friends, around five out of 10 (personal estimate) are deprived of riding bikes because their wife and/or mom does not agree to it. Some of the latter even reasoned out that motorbikes may lead to infidelity (of the man).

There are always two sides to a coin. In my long years of riding, I’ve witnessed how motorcycles improved husband and wife relationships, but also how it triggered breakups.

Here are several accounts of riders with varying levels of success. Some managed, perhaps at great risk to personal health, to convince their wives to see the light, while others are still pleading and hoping for the best.

For the longest time, Ariel wanted a BMW R Nine T Scrambler, but his loving wife Maricar would not allow him to have one. Here's his sales pitch: “First of all, I need to create a PowerPoint presentation. I would present the stress-relieving benefits of having a motorcycle and what it can do to enhance a wife-and-husband (note the order of billing) relationship. And then I would present the various flexible financing plans.”

Anjo is drooling over a Harley-Davidson Fatboy series. He has this favorite line for his wife, Lala: "I would tell her since the kids are all grown up, she needs to help me grow up, too. 'Please let me have my bike, I’ve earned it. I am old enough to know when to get crazy and still live through it.'”

Marc’s story has a unique twist. Aside from convincing his wife Joy to allow him to own big and small bikes, he was able to convince her to learn how to ride. “Just tell your wife that you will undergo training at the Ducati Riding Experience so everyone will have peace of mind.”

After being able to get his wife’s nod, Jun now owns BMW and Suzuki big bikes. “Just make sure you don’t touch the budget allotted for your wife, and surely she will support your aspirations.”

Ray is happy these past few days. He just bought a Kawasaki Ninja 650. After several years how did he convince his wife to say yes? Er, did she actually say yes? Ray won’t budge. “Just buy one and drive it to your garage.” It’s like a common police tactic—shoot now, explain later.

Already a proud owner of a Ducati Scrambler 800cc, Raymund is a very happy and contented man. And how did he soften his wife’s stand on motorcycle ownership? “I just told her it will be good for father-and-son bonding.”

Coming from a family of riders, Iñaki goes around with a Kawasaki Ninja race bike every day. “When I want a new bike, I’ll act depressed for days. And then aawayin ko muna to make sure she will feel guilty. So eventually, she’ll feel guilty and I end up blackmailing her for a new bike to reconcile. LOL!”

Jay now owns six motorbikes—three small and three big bikes. Jay and his wife June had their first date on a motorcycle. This eventually became a habit of the two until they got married. After 15 years, riding together strengthened their relationship.

This guy, who asked not to be identified for fear of his wife, arrived at the Moto Azura bar in Mandaluyong for the batch gathering along with Marc, Jun, Iñaki, Ray and Raymund. He agreed to share his classic tale on how he was able to get himself a motorbike although his wife was strongly against two wheels. “My clubmates came up with a fake raffle ticket. We showed it to my wife to make it appear that I won the bike.” Let's all bow down before the master.

Different folks, different strokes. Remember: Whatever motorbike you dream of, make sure you don’t ignore your family. Unless you would rather sleep beside your bike in the garage for the rest of your life. 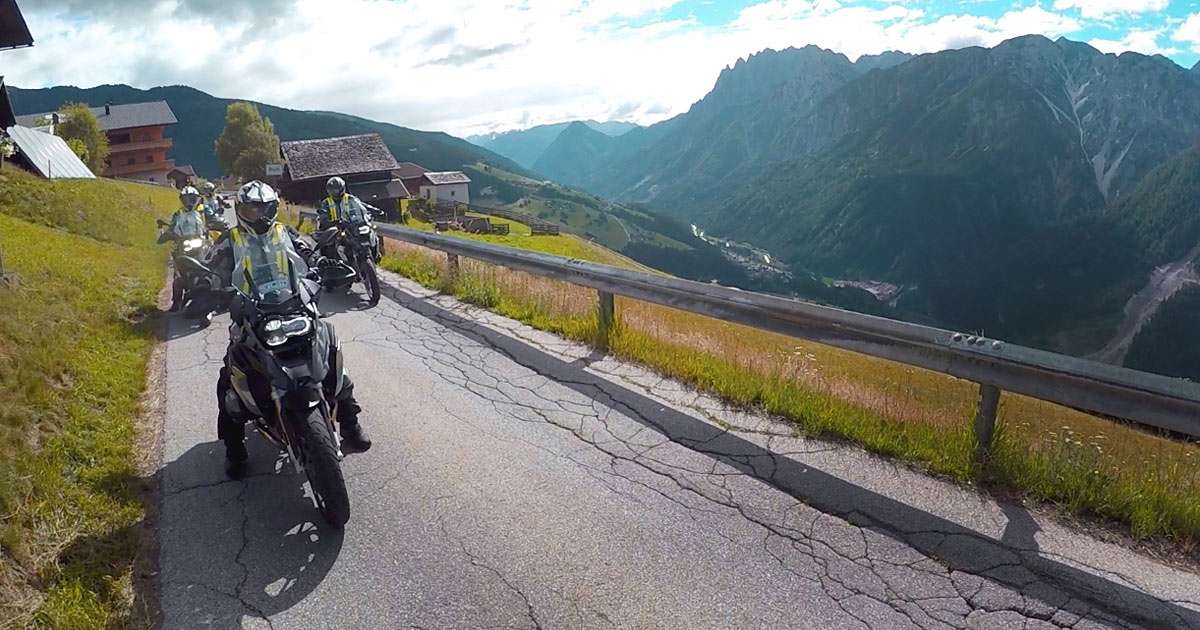 This will make you book a plane ticket to Europe and ride
View other articles about:
Read the Story →
This article originally appeared on Topgear.com. Minor edits have been made by the TopGear.com.ph editors.
Share:
Retake this Poll
Quiz Results
Share:
Take this Quiz Again
TGP Rating:
/20