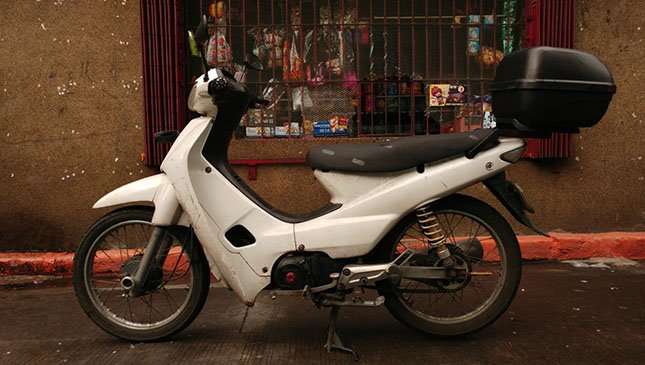 People typically stick to their motorcycles for an average of three to five years. But with almost 117,500 kilometers logged in its odometer, my 2003 Honda Wave Alpha would have encircled the earth several times. It has been 14 years since my dad and I bought our brand-new Honda motorcycle, but it has never disappointed us.

We purchased this 110cc underbone for P45,000 when it was in its heyday in the early 2000s. At that time it was outselling other similar products that functioned as service motorbikes or personal transport. For my dad, it became the ideal vehicle for his day-to-day activities at home and work.

Though we previously owned a Vespa, a Yamaha Virago cruiser, and a Yamaha Mio scooter, the Honda Wave outlived them all. It was passed on to me about three years ago after I graduated from college and I started working. The Wave was my first motorcycle. Lucky for me, it’s one of the easiest motorcycles to learn to ride. And it has the purr and robustness that make it a modern classic.

As with any motorcycle user, the problems come after wear and tear. But the Honda Wave, no matter how much you tear at it, simply wouldn't give up. As my father always said, the Wave is the “most repairable motorcycle I’ve ever encountered.” The parts never run out and, somehow, newer models are compatible with the previous versions. For me, I believe that it has not yet reached the end of its life—even after 14 years of continuous, heavy use.

What’s good about the Wave is that it is essentially the successor to the Honda Cub series, after production of the latter became limited in the mid-'90s.

Back in high school, I remember sneaking it out when my parents were asleep for night outs with barkadas. At the time I didn’t even have a license yet. Shh!

Luckily, in my many years of riding the Wave, I’ve only had three minor accidents: when I crashed into a sidewalk (when the brakes broke), when I rammed a tricycle, and when a car bumped me. With the so-called “battle scars” still present on my Wave, it didn’t break nor falter. Not even a little bit.

Currently, however, it’s a clunker. With broken parts, baked and crumbly paint, and rusted parts, it makes you wonder why I still ride it.

For the longest time, the Wave was one of the most common motorcycles in Manila, before being overtaken by more sophisticated and good-looking automatics and other underbones bought by wealthier Pinoys. The Wave’s enduring popularity is for good reason. Besides its practicality and repairability, it is one of the most affordable motorcycles in the market. And with regards to performance, it also stands out up to now.

I remember one stormy school night when I was forced to ride through foot-and-a-half high floods with the air intakes of the engine almost swamped. But the Wave valiantly pushed through. Its form gives a natural posture to its rider, and its ground clearance is ideal for vaulting over rough obstacles and sidewalks when parking. The speed and engine power is just enough to cope up with cars along EDSA, or zip through narrow roads.

It's fuel efficient, too. With only P80 per week, I am able to go to and from my house in Tondo and my office in Makati in less than 30 minutes. Compare that against a two-hour commute costing about P60 per day. The Wave is also efficient in oil usage.

All in all, the Wave is the perfectly balanced motorcycle that is ideal for city riding in Metro Manila. And even throughout Asia, the Honda Wave was once referred to as the number one motorcycle in the region.

Considering its current robust condition, I wouldn’t mind telling more stories about my Honda Wave a few more years from now. It's showing no symptoms that it’s ready to wave the white flag. 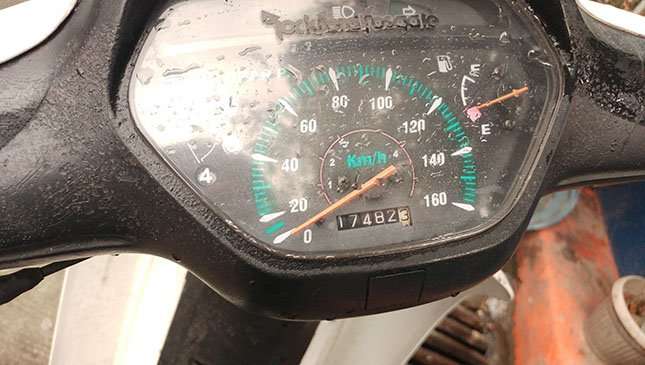 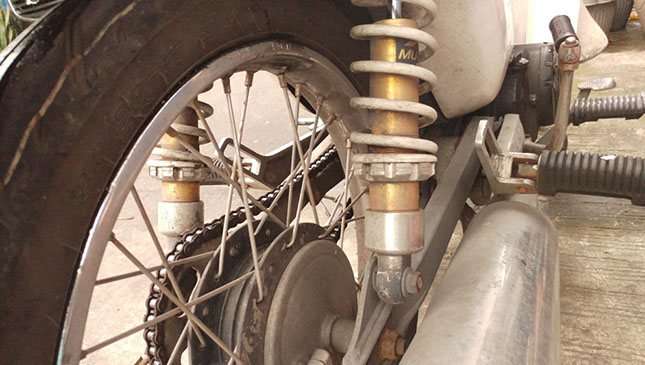 View other articles about:
Recommended Videos
Read the Story →
This article originally appeared on Topgear.com. Minor edits have been made by the TopGear.com.ph editors.
Share:
Retake this Poll
Quiz Results
Share:
Take this Quiz Again
TGP Rating:
/20