Motorcycle group gets a Sunday sermon from PWDs on road safety 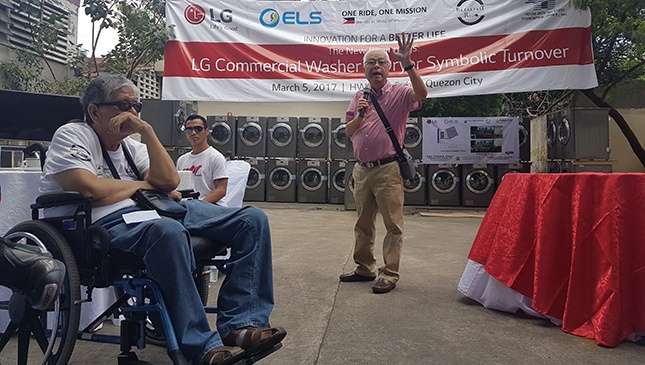 "Prevention is always better than cure." The members of the House With No Steps Foundation (HWNSF) support this traditional saying, and they shared it with a group of riders who visited them last Sunday. In partnership with LG and ELS, the One Ride, One Mission (OROM) motorcycle club headed by Raymon and Malou Gabriel turned over 30 brand-new washing machines amounting to some P5 million to the HWNSF.

According to HWNSF officials, they will open a DIY laundry shop to the public right beside the Tahanang Walang Hagdanan facility in Cubao, Quezon City. Now plagued by serious budgetary concerns, they're hoping these household equipment will enable them to generate funds for their increasing logistical needs. This undertaking is part of OROM’s awareness campaign in helping not only the marginalized sectors, such as the PWDs and cancer patients, but also victims of calamities.

Around 9am last Sunday, the OROM riders arrived on their big bikes and joined the PWDs for breakfast before proceeding with the ceremony. The PWDs, which include children on wheelchairs, expressed their appreciation for the donors’ generosity. However, they did not let the turnover ceremony pass without showing they also care for the riders.

Other PWDs shared their sentiment on the rising number of motorcycle-related accidents which, they said, has already reached an alarming level. But Perlas, a retired lawyer, apparently did his homework. He even cited figures of road accidents in Los Angeles, California, where there's a daily average of 500 road accident victims. More than half of them ended up as crippled individuals.

And it may be worse here in the Philippines, he said.

The HWNSF cited the need for local legislation that will establish dedicated lanes not only for motorcycles, but bicycles as well to keep them safe from speeding vehicles.

Ironically, Sonny Goquiolay, the father of Malou Gabriel, is the current head of HWNSF. Raymon admits that his father-in-law used to give him and Malou the cold shoulder treatment because they’re both into motorcycles. However, after learning that they’re deeply involved in safety riding campaigns too, Lolo Sonny softened his stand against two-wheelers.

Raymon says Lolo Sonny never fails to remind them about riding discipline and safety up to now. 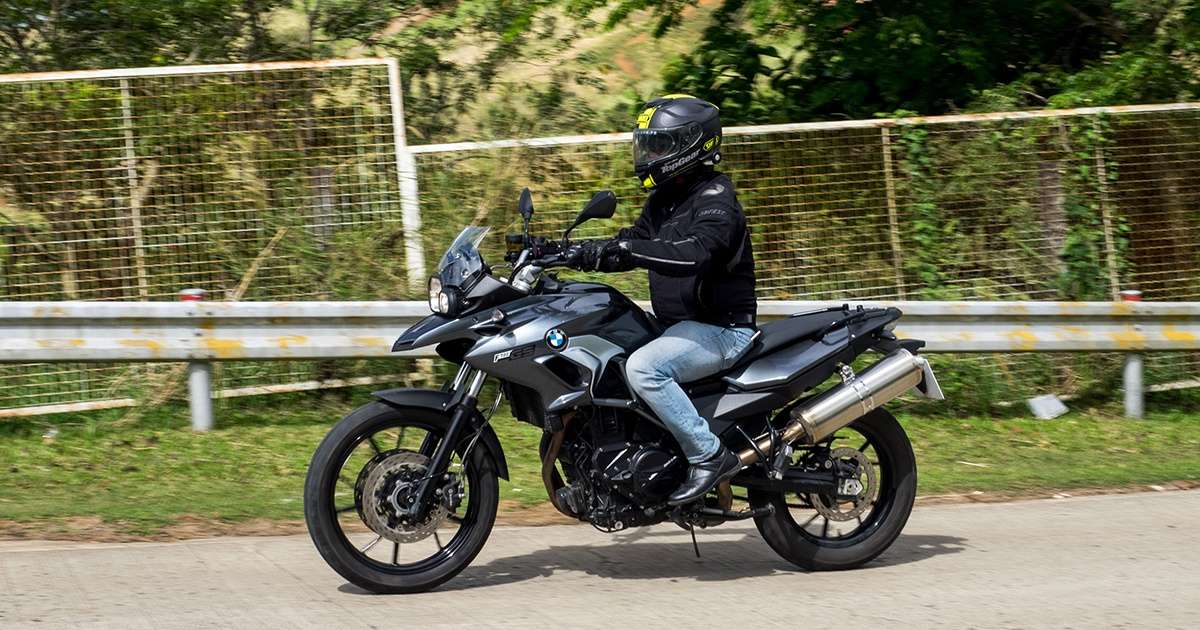 Review: BMW F700 GS Adventure
View other articles about:
Read the Story →
This article originally appeared on Topgear.com. Minor edits have been made by the TopGear.com.ph editors.
Share:
Retake this Poll
Quiz Results
Share:
Take this Quiz Again
TGP Rating:
/20