Suzuki has a really interesting value-for-money proposition on its hands
by Leandre Grecia | Jul 29, 2022
MOTORCYCLE BRANDS IN THIS ARTICLE 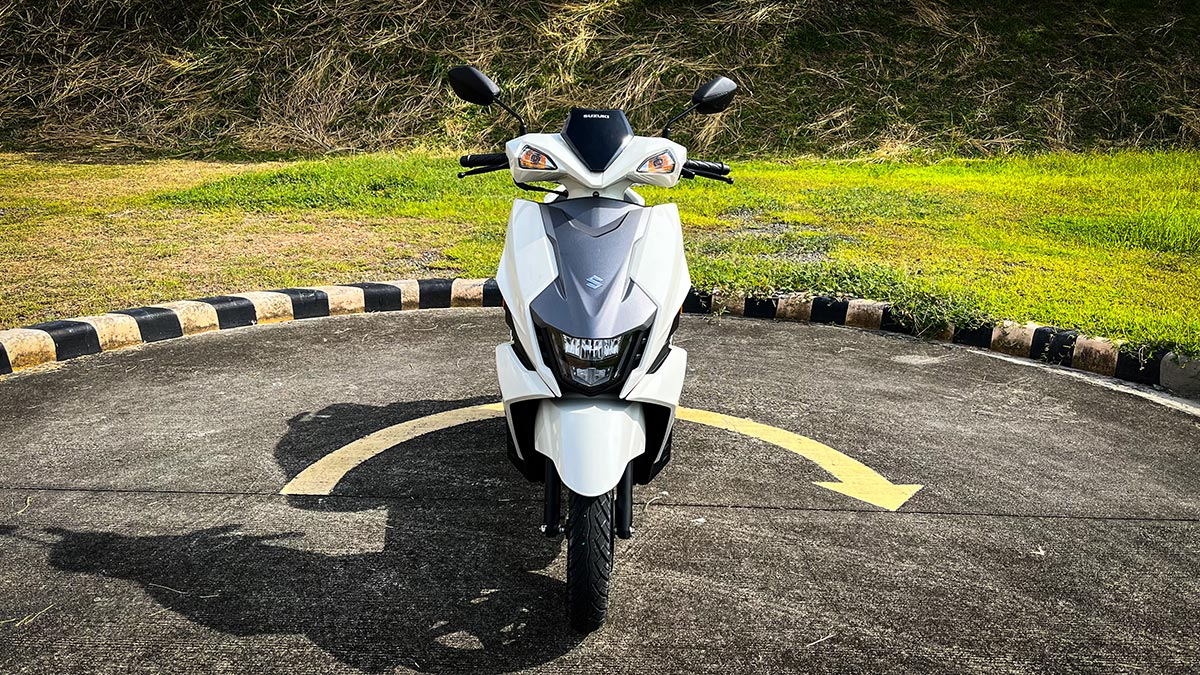 You bet it is. This is the new Avenis, Suzuki Philippines’ (SPH) brand-new offering. It’s a small-displacement scoot that now sits right beside the Burgman Street and above the Skydrive Sport and Skydrive Crossover in the roster. 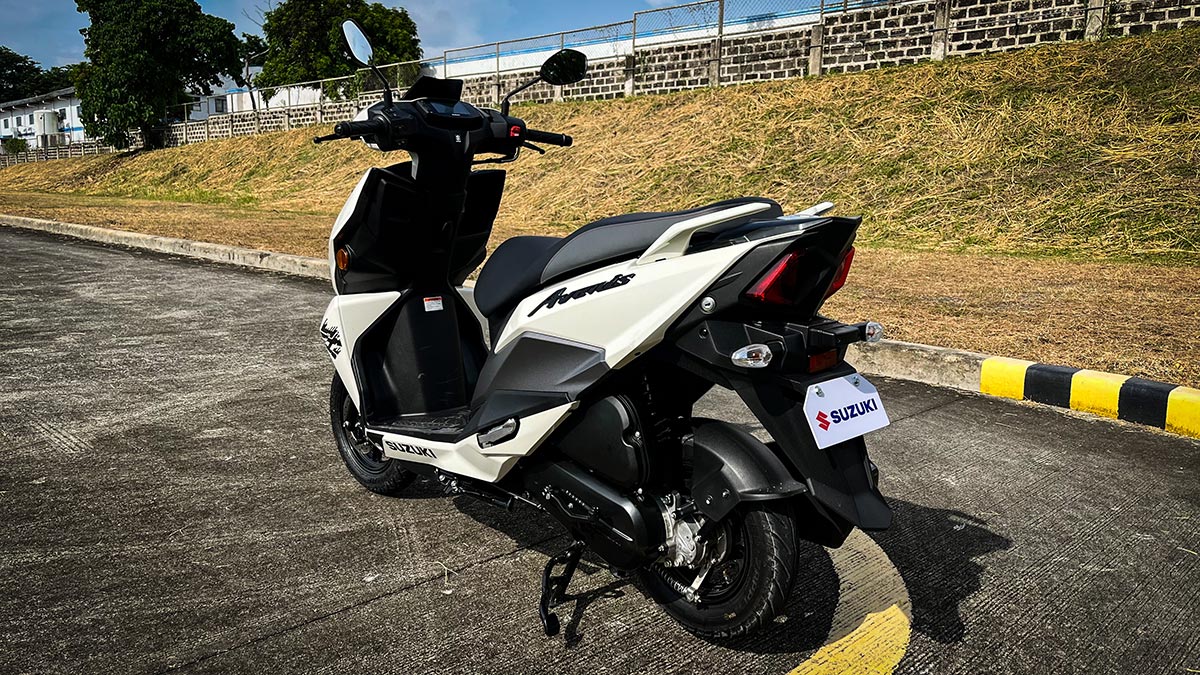 The new Suzuki Avenis is priced at P77,900. As mentioned, this is positioned alongside the Burgman Street in Suzuki’s local lineup. This is the lone variant that’s available. 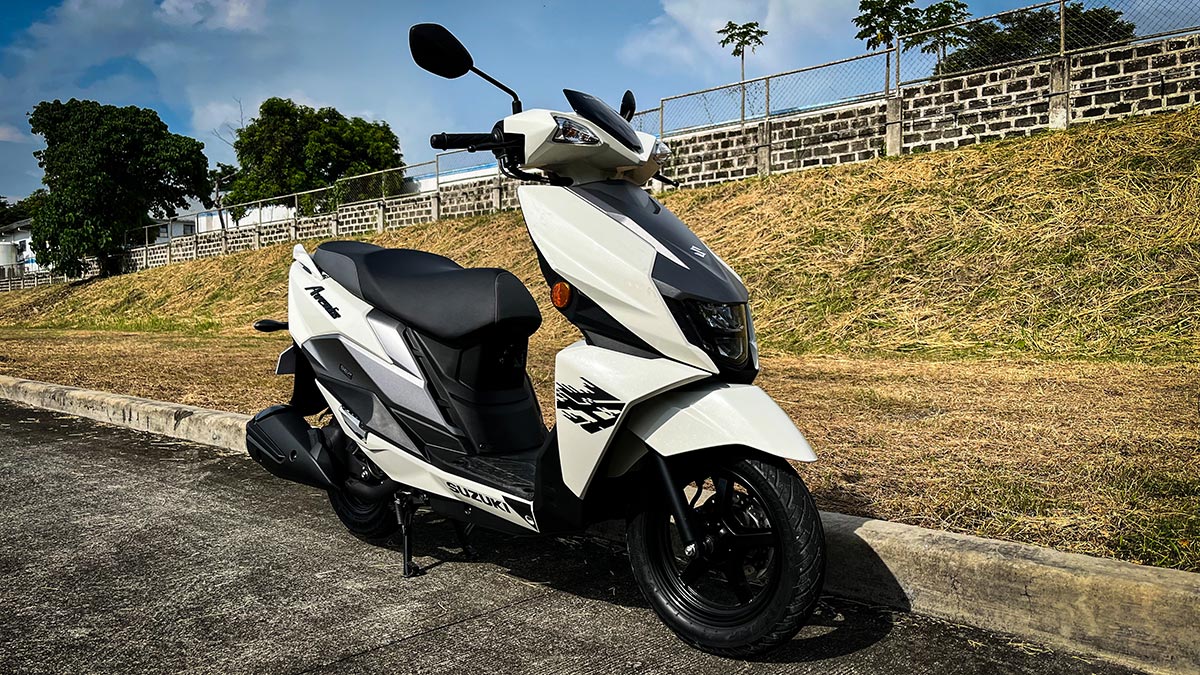 It sure does, especially up close. All three colorways—Metallic Matte Black, Pearl Mirage White, and Pearl Blaze Orange—look real neat, too. The Avenis has an aggressive design to it, which is why it sort of makes sense that SPH keeps calling this a ‘muscular sporty scooter.’ But make no mistake, that ‘muscle’ mostly pertains to the Avenis’ looks, not the powertrain.

Okay, then, tell us about the engine. 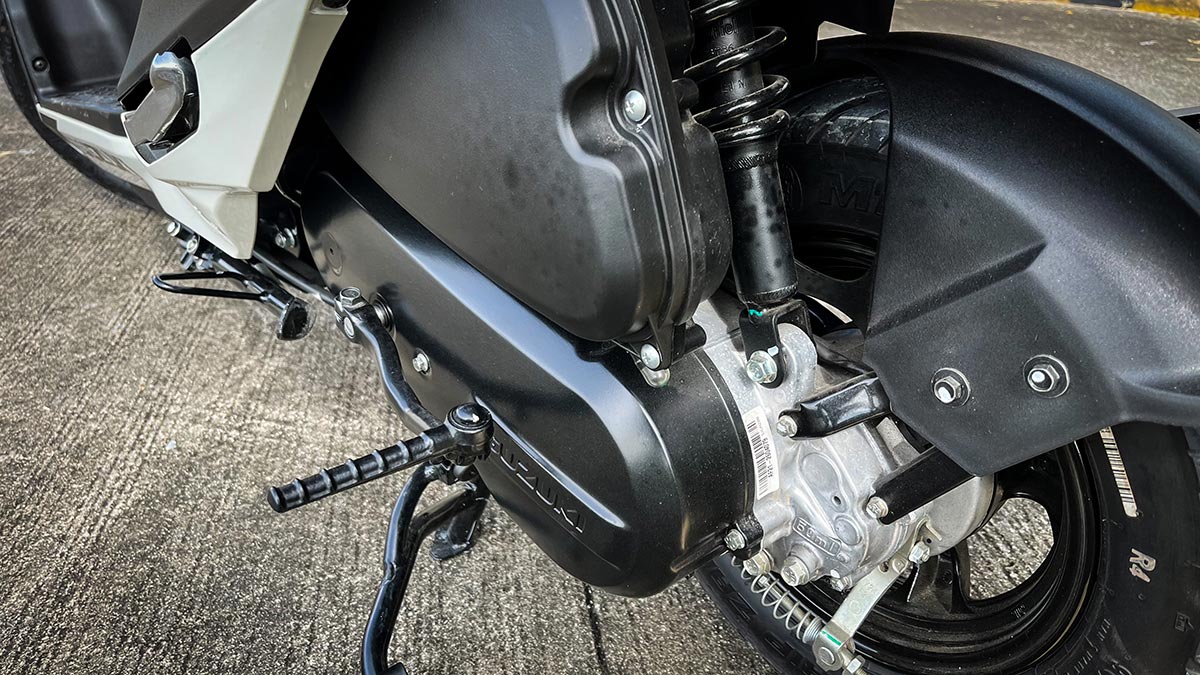 Powering the Avenis is a 124cc air-cooled, single-cylinder, fuel-injected gasoline engine that’s capable of 8.58hp at 6,750rpm and 10Nm of torque at 5,500rpm. Pretty standard stuff.

I’ve tried it out around the SPH factory, and it’s basically what you’d expect from a small scooter. While it does drag a bit off the line, it can still pick up speed quickly when you squeeze the throttle. In any case, this isn’t what’s impressive about the Avenis—it’s the fuel consumption.

How fuel-efficient is it? 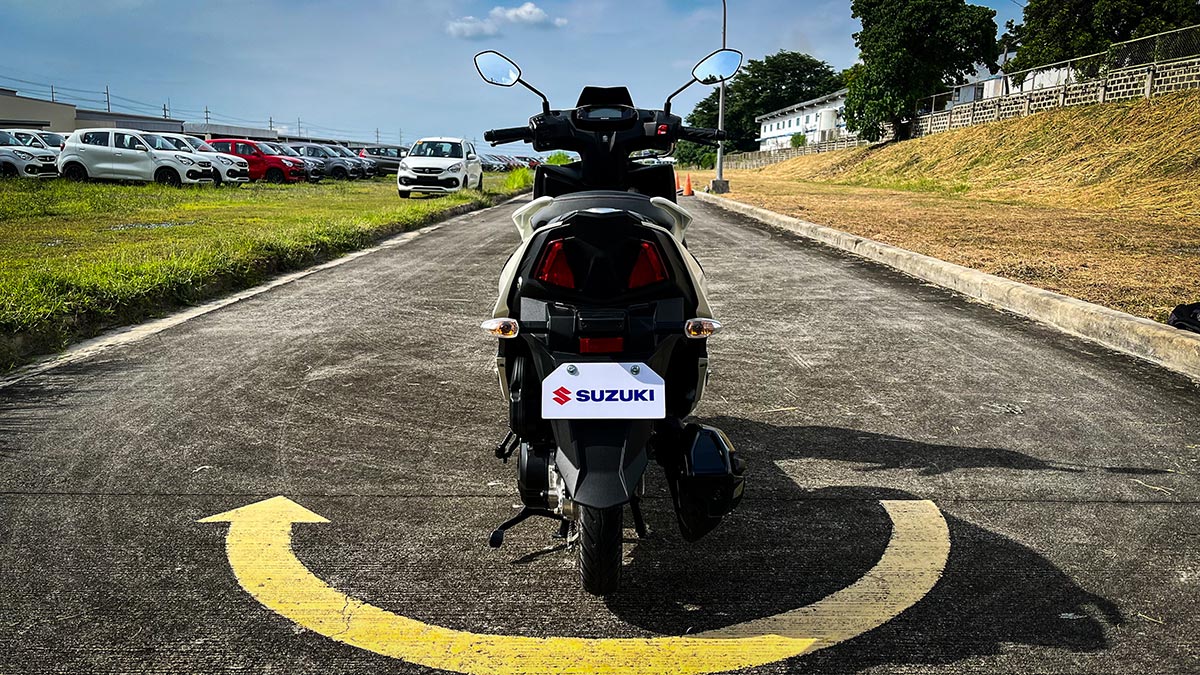 Based on World Motorcycle Test Cycle figures, the Avenis does about 54km/L. Considering how thrifty the Burgman Street is, safe to say it’ll be the same case for the Avenis. Of course, once we’re finally able to take this bike out for a full review, we’ll give you the real-world figures.

Does it have ABS? 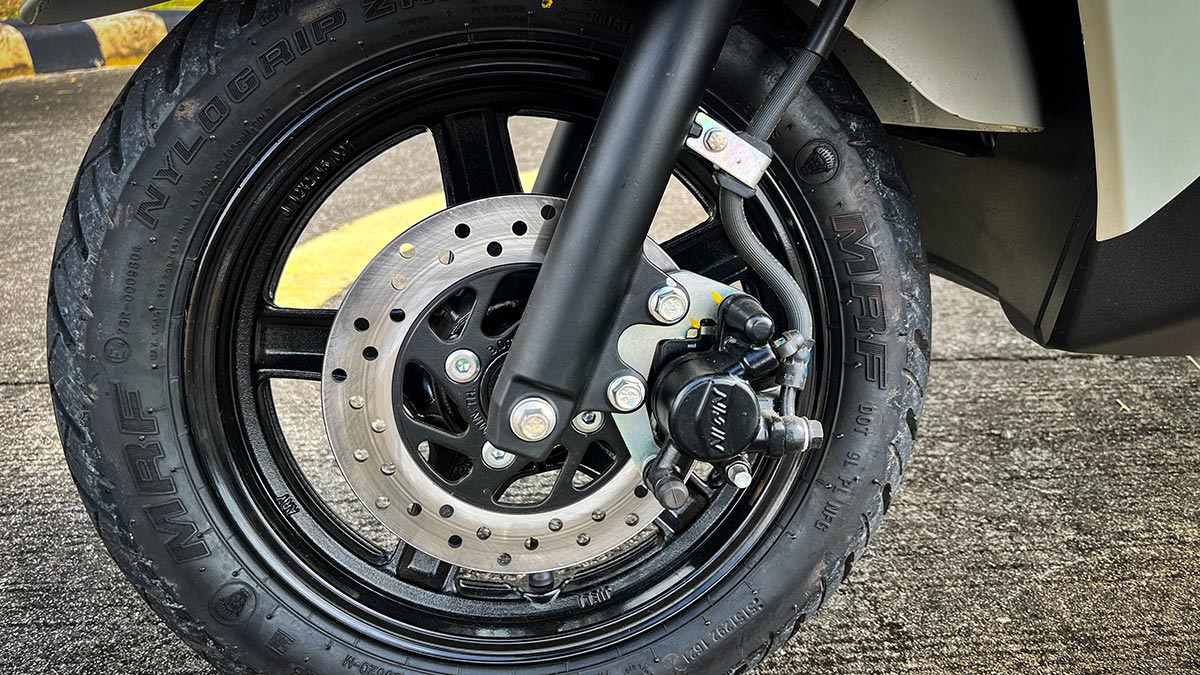 No, but it does get a combi-braking system with front disc brakes and rear drum brakes that should be enough for a small scooter like this. You won’t be riding fast with this one anyway, so the stock stopping power should be enough if you’re just within legal highway speeds.

OTHER STORIES YOU MIGHT HAVE MISSED:
How to properly take care of your motorcycle’s battery
4 Reasons you shouldn’t buy fake motorcycle gear

Any other features to take note of? 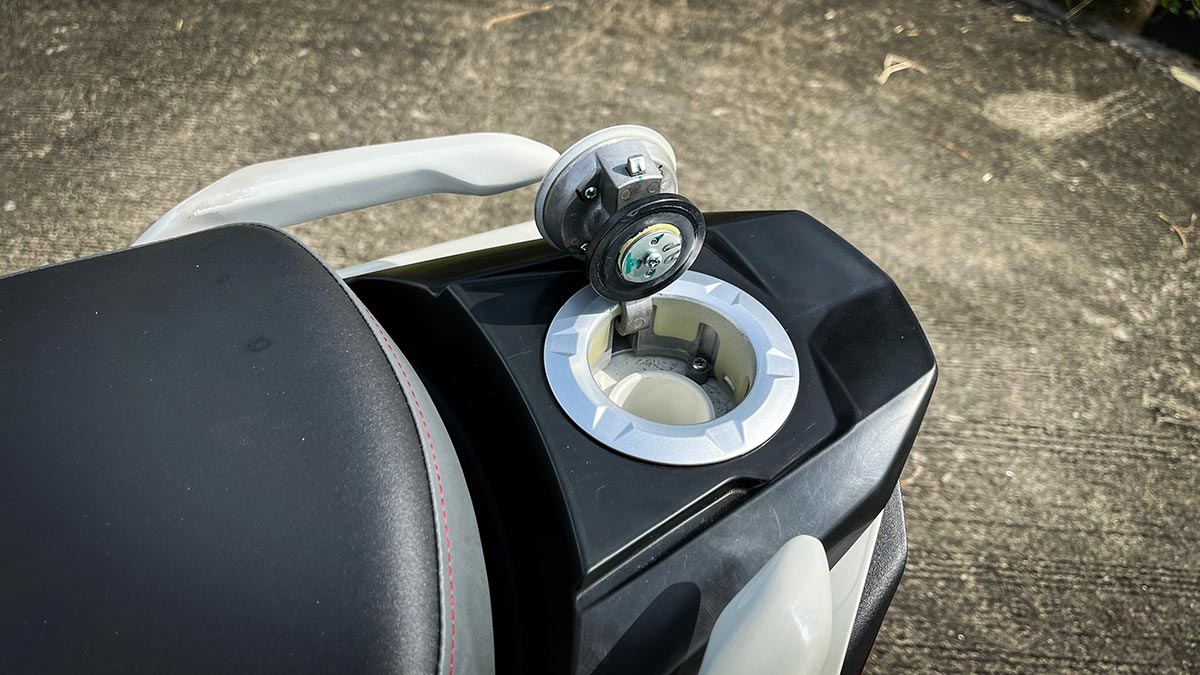 Perhaps the most interesting bit here is the placement of the fuel lid. Suzuki has decided to put said lid behind at the rear, outside the underseat compartment. I found it a bit odd at first, but I do get the logic behind it. You wouldn’t need to pop the seat open when you gas up, which is not only convenient but also safe. You can be sure those valuables you stuff inside that 21.8-liter storage space will stay there. 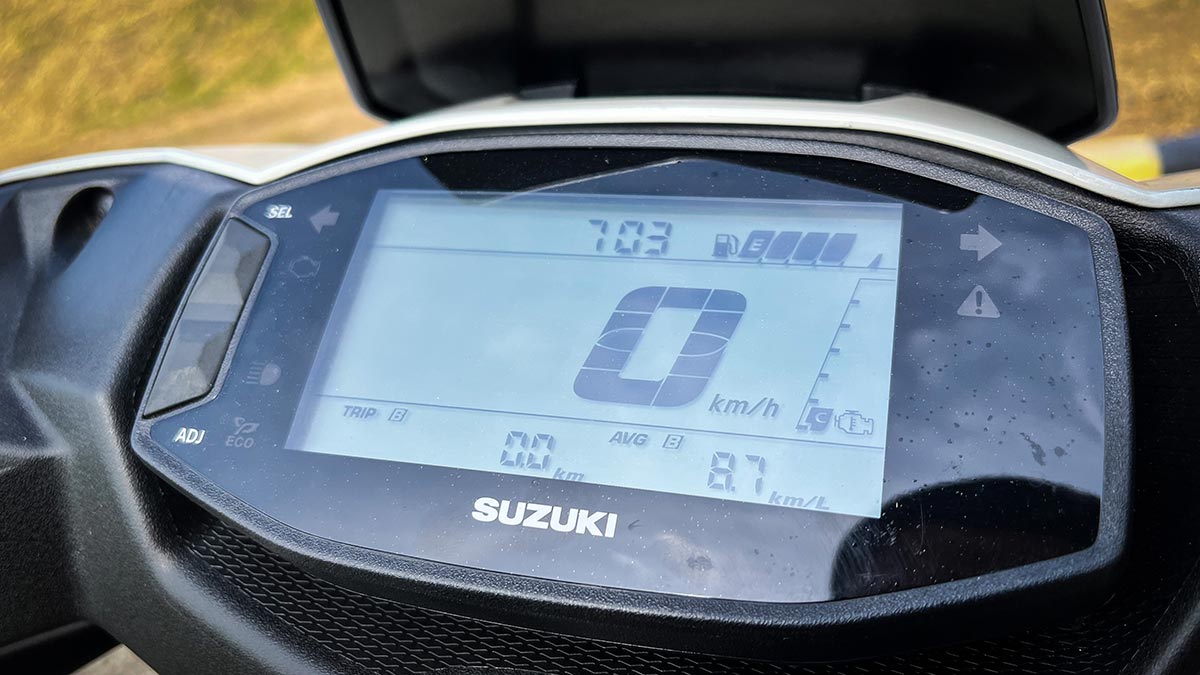 I also have to note the Avenis’ small digital display. It’s got dual trip meters, a fuel-consumption gauge, a battery volt meter, and an engine temperature gauge. Kudos to Suzuki for adding in a built-in USB charging port inside the glove compartment as well as the hooks above the floorboard.

How will it stack up against the competition? 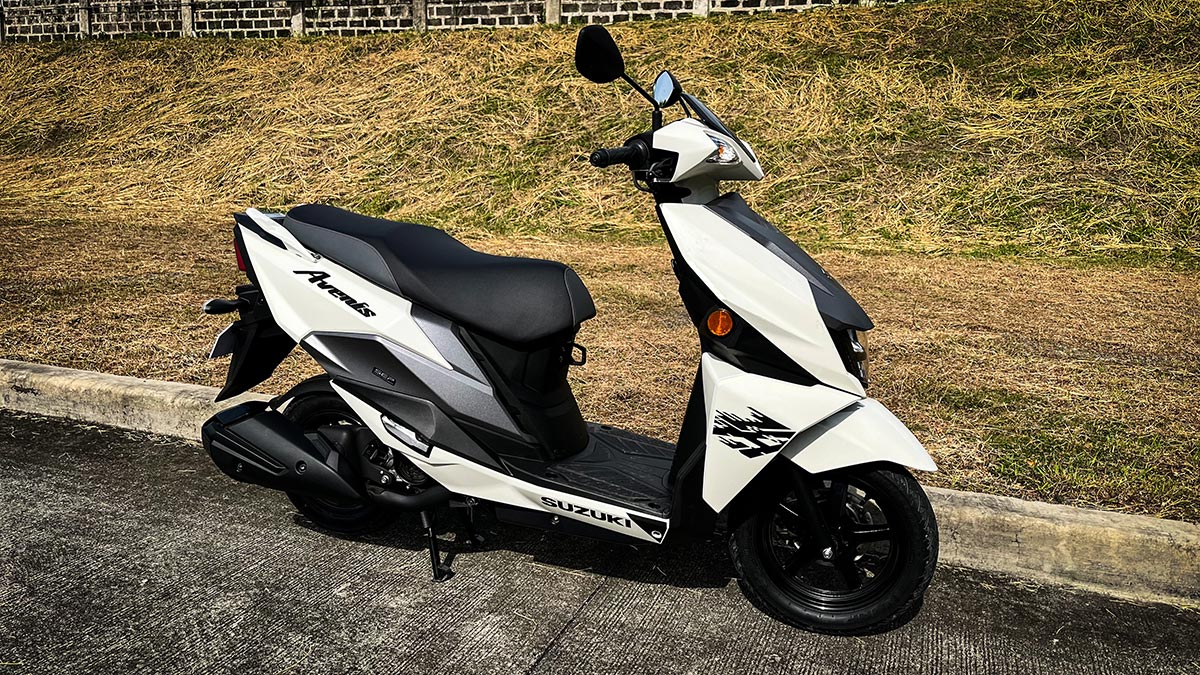 Based on my quick test ride alone, this appears to be a strong bang-for-your-buck offering. Much like the Burgman Street, the Avenis gives you decent styling and impressive fuel economy while covering all the basics along the way. This scooter may be competitve against more popular and well-established offerings from Suzuki’s rivals.

Want to learn more about the Suzuki Avenis? Here’s everything you need to know about it. 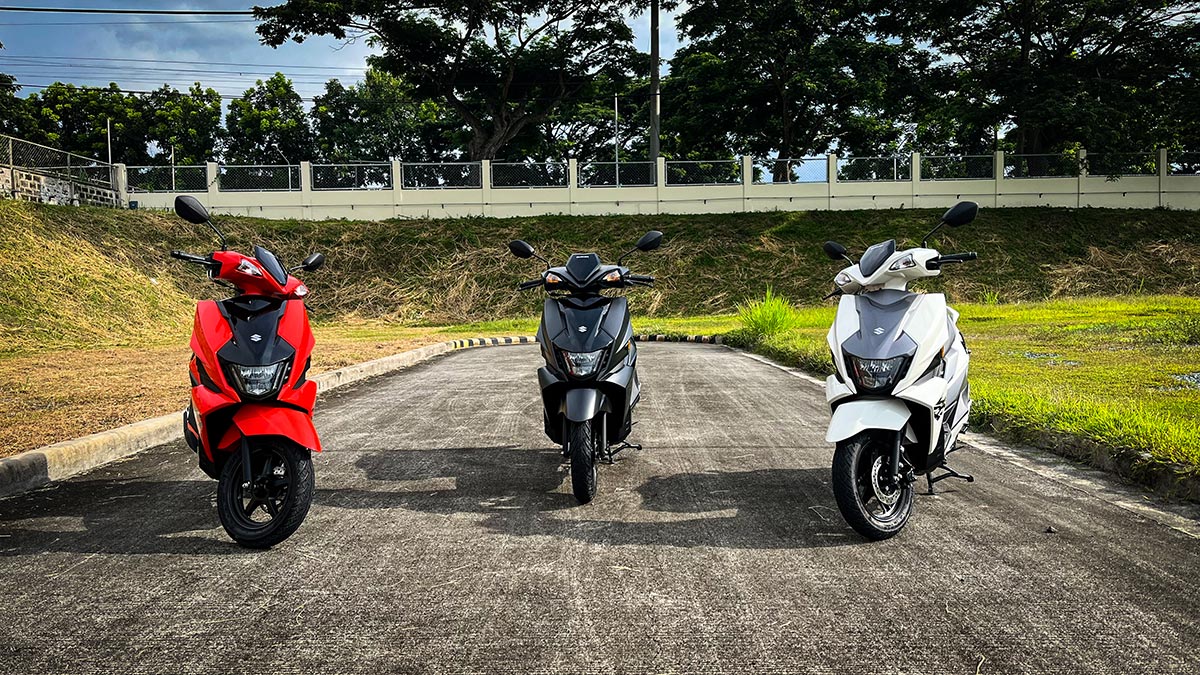 Specs, price, features: Everything you need to know about the new Suzuki Avenis
View other articles about:
Recommended Videos
Read the Story →
This article originally appeared on Topgear.com. Minor edits have been made by the TopGear.com.ph editors.
Share:
Retake this Poll
Quiz Results
Share:
Take this Quiz Again
TGP Rating:
/20