As the old adage goes: It is always sweeter the second time around.

The same saying applies to nine-time MotoGP champion Valentino Rossi, who arrived in Manila last January 28 for the Yamaha Grand Prix 8 at the Robinsons Mall in Novaliches, Quezon City. The Italian rider first set foot in the Philippines in February 2014, but his recent visit gave him goosebumps.

Not only did Vale return to greet his Pinoy fans, he brought with him his new teammate in the Movistar Yamaha team—Maverick Viñales, the 22-year-old shining star of the premier motorcycle race.

The yellow VR46 and red MV25 flags flooded the spectators’ benches. The chantings of “Vale!” and “Maverick!” reverberating endlessly throughout almost the entire district. Traffic was in a standstill around the vicinity as thousands of riders arrived with stickers of VR46 and MV25 on their bikes and helmets, all wanting to pose for a selfie with Vale and Maverick but to no avail. Security was tight at all times.

Vale and Maverick were both candid and accommodating during the press conference, interjecting jokes and funny comments in their replies to media questions. The two MotoGP riders stayed for only eight hours in Manila before they returned to Sepang, Malaysia, for the test runs of their new race bikes.

The memories of their brief but fun-filled visit will forever stay in the hearts of Pinoys.

Vale and Mav, good luck in your MotoGP races! 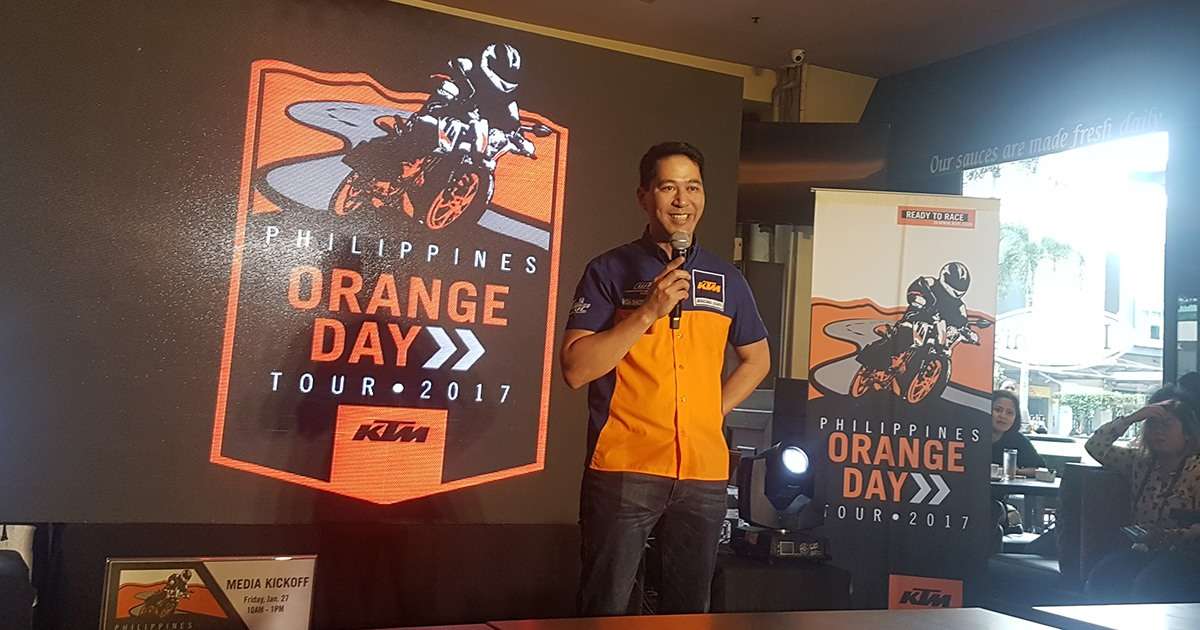 KTM Orange Day Tour unfolds in Cebu City on Feb. 4
View other articles about:
Read the Story →
This article originally appeared on Topgear.com. Minor edits have been made by the TopGear.com.ph editors.
Share:
Retake this Poll
Quiz Results
Share:
Take this Quiz Again
TGP Rating:
/20