These are the backriding shields that will be used by Angkas, JoyRide, and Move It

After almost eight months, the National Task Force (NTF) Against Covid-19 has finally approved the resumption of motorcycle-taxi operations as part of another round of the initial pilot run.

As before, the Department of Transportation (DOTr), through a technical working group (TWG), will monitor and evaluate the experimental scheme. The agency will later submit its findings to Congress to form the basis of a law that will recognize and regulate motorcycles for hire in the country.

The initial pilot run was conducted from July to December 2019, and was extended to March this year. Since then, motorcycle-taxi operations have been on hold because of the COVID-19 outbreak. The first months of the pilot run apparently failed to produce enough data to back the legalization of motorcycle taxis, prompting both the House Committee on Transportation and the DOTr to seek another extension.

In recent weeks, the NTF, along with other government agencies, has been providing input on the new health protocols to be followed by the three motorcycle-taxi companies—Angkas, Move It, and JoyRide—in the second pilot run. Among these is the mandatory use of backriding shields.

The backriding shield designed by Angkas underwent tedious testing and evaluation by several safety engineers before it got the approval of the Inter-Agency Task Force (IATF) for the Management of Emerging Infectious Diseases. We were able to get examples of the backriding shields based on the Angkas design, that will be used by the three companies when the pilot run resumes. 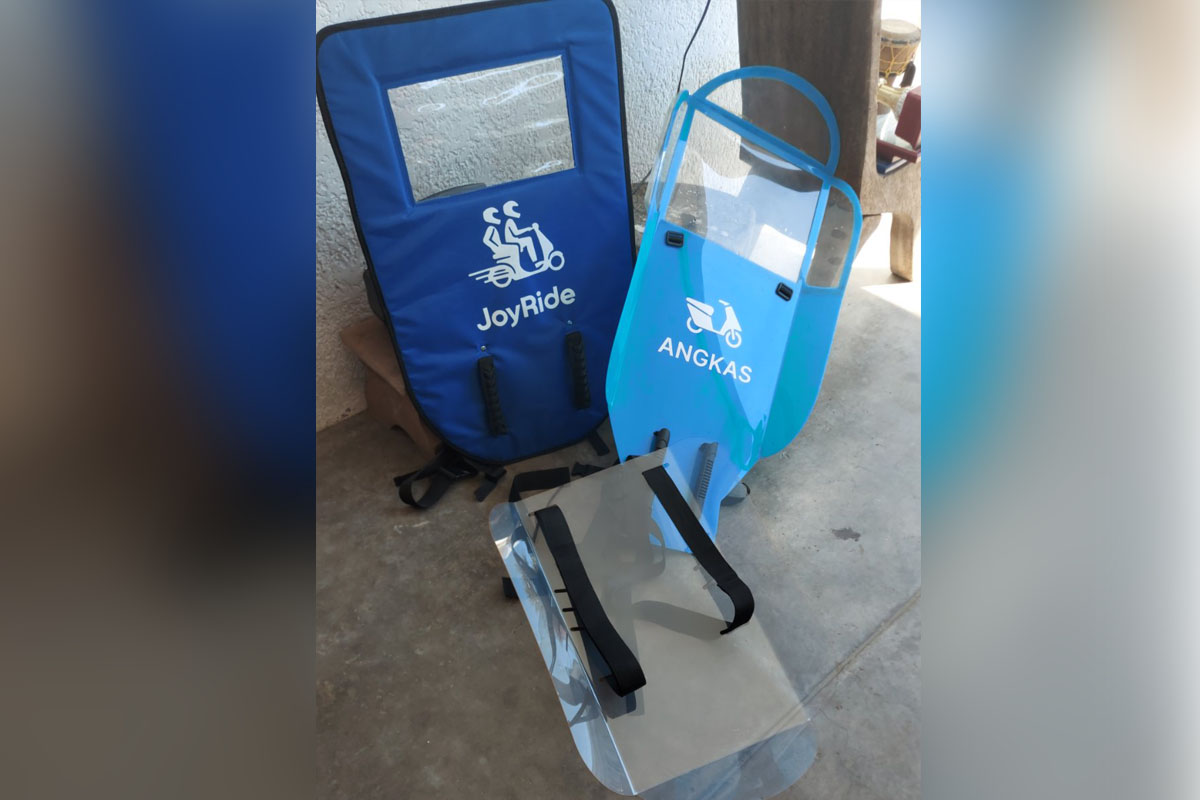 The Angkas and JoyRide shields are properly labeled, while the barrier from Move It is left unmarked. As you can see in the main photo, the transparent shield of Move It is similar to that of Angkas, but without the latter’s extended, tapered bottom. Angkas and Move It also shared the same flexible and durable plastic material designed to withstand massive forces. According to insiders, Move It officials approached their counterparts at Angkas to seek permission to copy their shield’s design.

The two shields also feature back flaps for better aerodynamics. The Angkas version has a colorless window to allow the passenger to have a clear view of the road ahead, while the Move It barrier is completely transparent.

JoyRide’s official backriding shield is also made of flexible plastic, but with reinforcements on the edges. Its shape is completely flat; it does not have any back flaps like the others do, so aerodynamics could be a bit of an issue here. Wrapped in a thick blue nylon sheet, it’s also the least flexible among the three shields. The rectangular window of this barrier is made of a transparent plastic sheet, similar to the material students use to cover their notebooks.

The Angkas barrier tips the scales at 650 grams. The Move It backriding shield, meanwhile, weighs only 430 grams. JoyRide’s fixture turns out the be the heaviest at 670 grams. We highlight their respective weights because this can have an effect on the riders’ physical well-being on long rides.

What can you say about these three backriding shields? 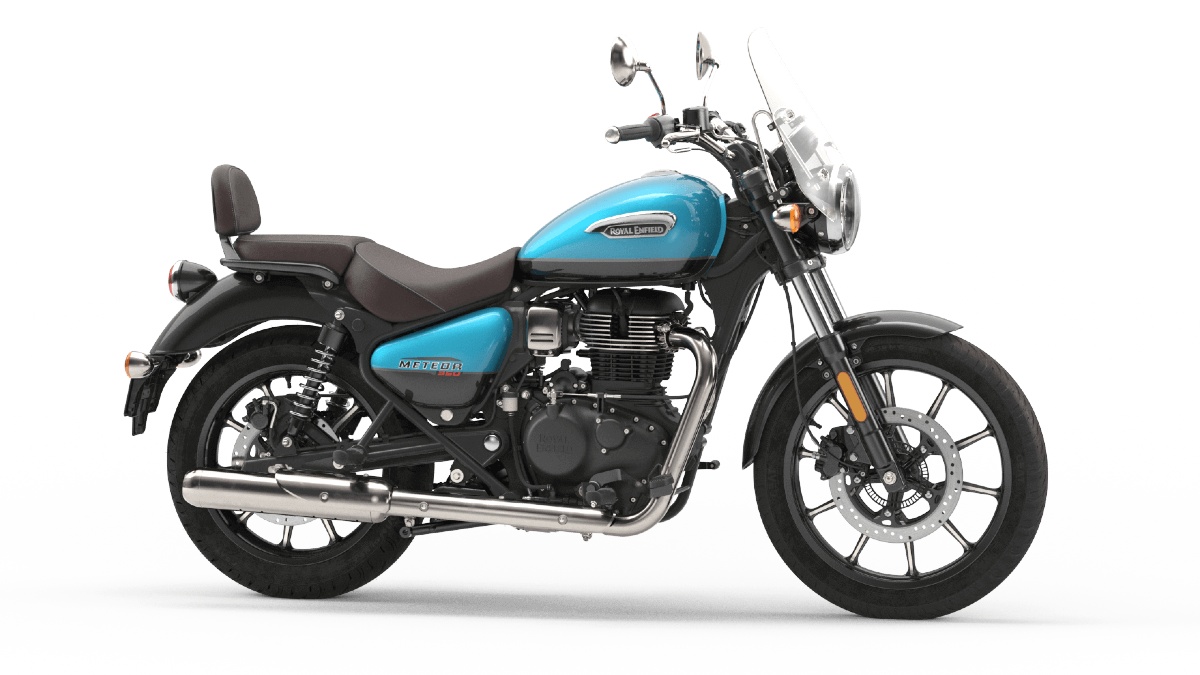 Royal Enfield has just launched the Meteor 350
View other articles about:
Read the Story →
This article originally appeared on Topgear.com. Minor edits have been made by the TopGear.com.ph editors.
Share:
Retake this Poll
Quiz Results
Share:
Take this Quiz Again
TGP Rating:
/20