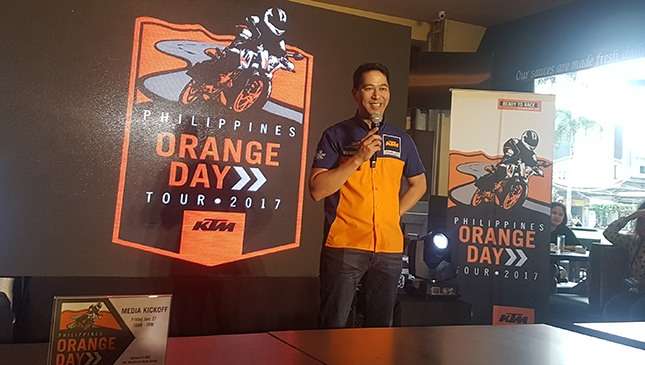 With the start of operations of the new KTM motorcycle manufacturing plant in Laguna, the Austrian brand is now in full throttle to showcase its products to riding enthusiasts from different parts of the country.

“Our goal is to build and strengthen the KTM community in the Philippines. We would like to spread orange across the nation and we will do this by expanding our dealer network,” said Dino Santos, president and chief operating officer of official KTM distributor Adventure Cycle Philippines, during the launch of the KTM Orange Day Tour at the BGC, Taguig City, last January 27.

With the number of KTM showrooms currently pegged at 21, Santos revealed that nine more are expected to open by the end of this year. By 2018, they’re eyeing at least 50 KTM dealerships in strategic areas of the country.

On the other hand, ACPI chief executive officer Arthur Tan explained that the KTM Orange Day Tour is their treat to Pinoy motorcycle aficionados to see, feel and experience the Austrian brand.

The kick-off ceremony was also attended by representatives of the Austrian Embassy in Manila and motocross legend Glen Aguilar.

The ODT events are set to be held in Cebu City (February 4), Bacolod City (February 11) and Alabang (February 18), where the different KTM models will be on static display. Among them are the Duke 200 and the Duke 390 nakeds and RC 200 and RC 390 sport bikes which are among the products to be manufactured at the KTM Laguna plant.

Each event is packed with free test rides of KTM motorcycles, exciting games, and whole-day raffles. An all-Slovenian rider team will also do stunts on KTM bikes to the delight of the ODT guests. Aside from these, ACPI officer Ana Lourdes V. Lumban said special awards await the motorcycle club which will arrive at the venue with the biggest number of members. They will be recognized even if they’re riding a different brand, KTM officials assured.

Motorcycle clubs, have you marked your calendars for the Orange alert? 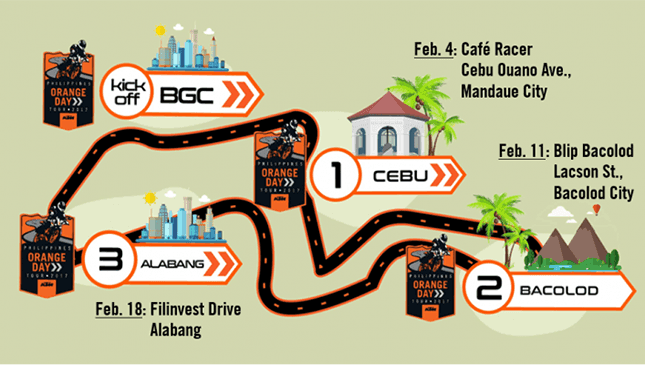 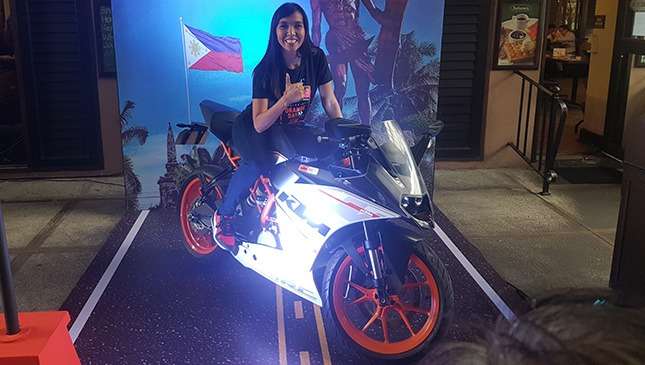 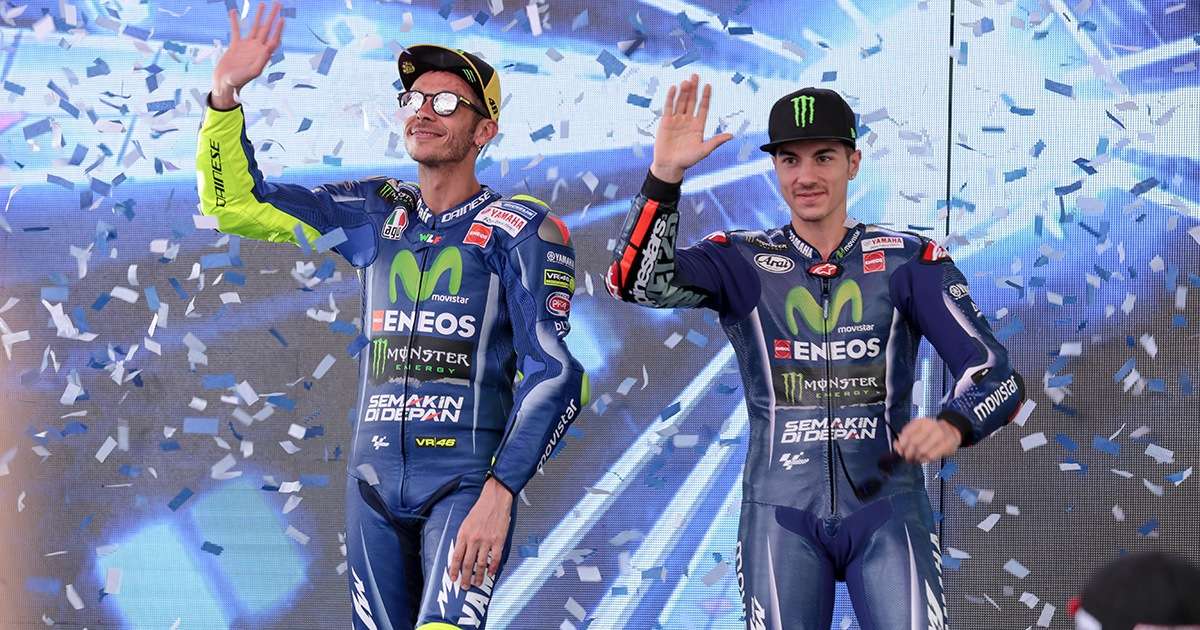 7 exciting quotes from last weekend's Yamaha event
View other articles about:
Read the Story →
This article originally appeared on Topgear.com. Minor edits have been made by the TopGear.com.ph editors.
Share:
Retake this Poll
Quiz Results
Share:
Take this Quiz Again
TGP Rating:
/20