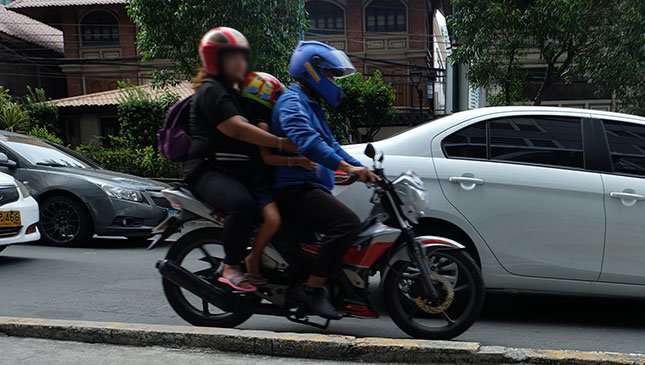 One of the country’s biggest motorcycle organizations has commended government authorities for the implementation of the Republic Act 10666, or Children’s Safety on Motorcycles Act of 2015.

Atoy Sta. Cruz, president of the Motorcycle Federation of the Philippines (MCFP), which has more than 100,000 members nationwide, expressed his support for the new law that prohibits children whose feet cannot reach the foot pegs of the motorcycle to ride as passengers on motorbikes.

“We (MCFP) are the ones who pushed for that,” Sta. Cruz said in a phone interview from Butuan City, “we are happy that its now being implemented.”

Sometime in 2015, Atoy recalled endorsing the idea to then Cavite representative Lani Mercado in order to protect children from being involved in motorcycle accidents. According to him, Mercado initially pushed for a bill that pegged the age of children who should not be allowed as pillion rides to 10 years old and below.

“We were against it because some people might resort to faking birth certificates just to allow their children to board the motorcycle,” he explained.

“And besides, we deem it burdensome and time consuming for the riders to be showing birth certificates to apprehending officers along with other documents like driver’s license and motorcycle registration.”

Under RA 10666, a ‘child’ is defined as any person below 18 years old. But the new law says that a child is allowed to board the motorcycle as passenger on three conditions:

1) The child can comfortably reach his or her feet on the foot peg of the motorcycle.

2) The child’s arms can fully grasp the waist of the motorcycle rider.

3) The child is wearing a standard protective helmet or riding gear.

Under the new law, a rider who will allow a child to sit in front of him will also be apprehended by authorities. The violation of RA 10666 carries a fine of P3,000 for the first offense; P5,000 for the second offense; and P10,000 with one month suspension of driver’s license for the third. Riders who will be apprehended beyond the third offense will face automatic revocation of his or her driver’s license.

Aside from the age issue, Sta. Cruz said the MCFP supports the deputization of the PNP, MMDA, and local government units (LGU) in apprehending violators.

The Land Transportation Office (LTO), however, remains the lead implementing agency for the new law which took effect last May 19, 2017.

Sta. Cruz added that they made sure that RA 10666 will not suffer the same fate of the ‘Helmet Law’ wherein the LTO is the only deputized government agency to run after violators.

The MCFP lamented that there is no actual data to show how many children already died from pillion riding, but based on the feedback it’s receiving from their members nationwide, there has been an alarming rate of fatalities related to this issue.

The MCFP is now pushing for a national ticketing system for violators of the Children’s Safety on Motorcycles Act, along with other laws related to motorcycling, according to Sta. Cruz. 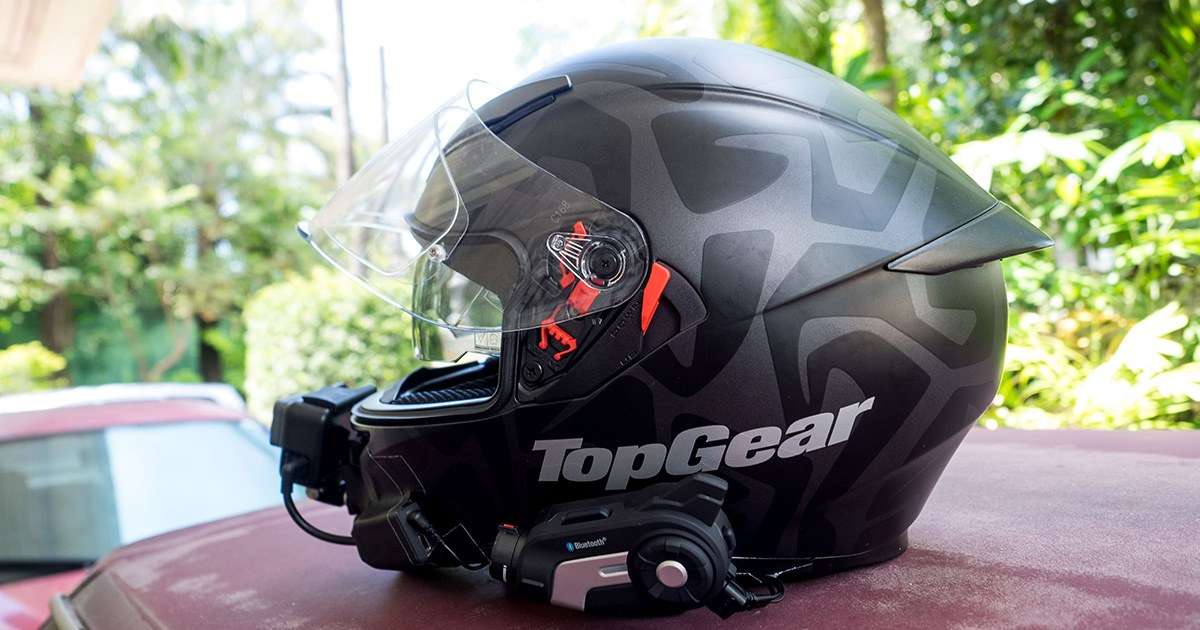 The Sena 10C is an action cam and communication system in one
View other articles about:
Read the Story →
This article originally appeared on Topgear.com. Minor edits have been made by the TopGear.com.ph editors.
Share:
Retake this Poll
Quiz Results
Share:
Take this Quiz Again
TGP Rating:
/20