Affordable, capable motorbikes like these can appeal to car lovers, too
by Aris Ilagan | Oct 24, 2019
MOTORCYCLE BRANDS IN THIS ARTICLE

Was it just a coincidence? Or was it dictated by market forces?

Amid the world premiere of mostly prototype cars and bikes that reflect the future of mobility, Japanese motorcycle manufacturers Suzuki and Kawasaki took the wraps off their sporty yet affordable road warriors at the ongoing 2019 Tokyo Motor Show.

Meet the Suzuki Gixxer SF 250 and the Kawasaki Ninja ZX-25R, whose surprise appearance at this car-dominated event became an instant showdown between two lightweight sporty machines. They’re certainly not prototypes—they have already hit the production line and will be available in many parts of the world soon, particularly in Southeast Asia, where there’s a phenomenal boom in motorcycle sales triggered mainly by traffic problems. 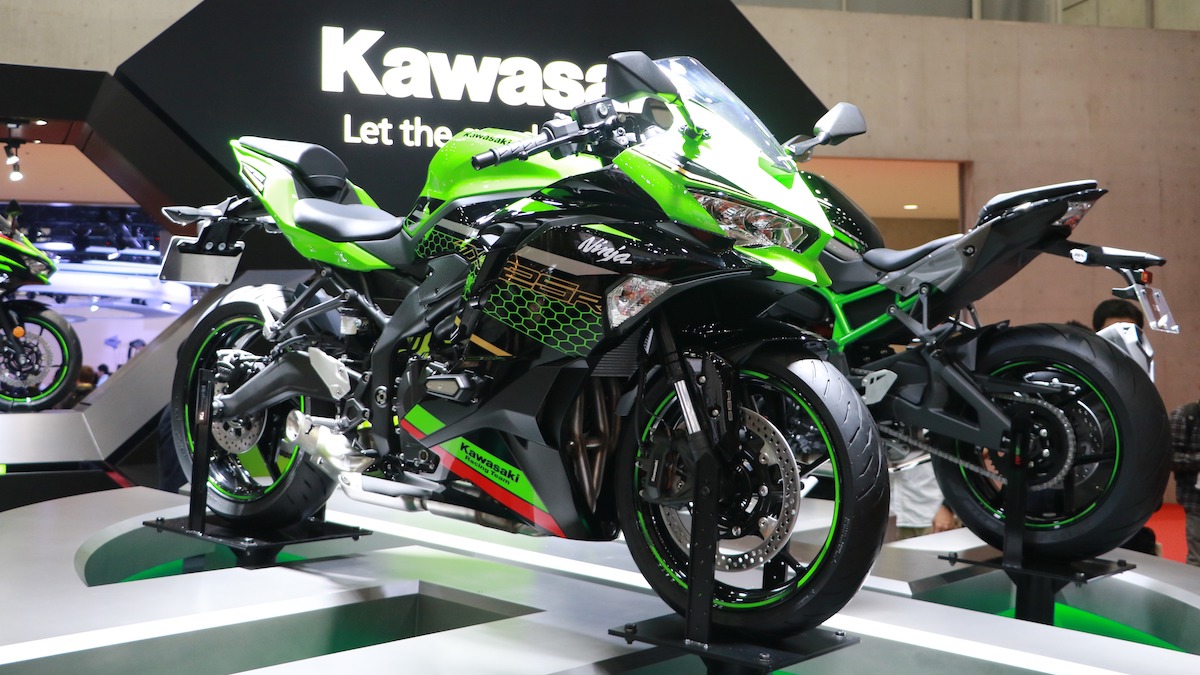 Let’s start the Gixxer SF 250. This India-made motorcycle comes with a full fairing that derives its styling from the Suzuki GSX-RR race bike in MotoGP. In Tokyo, it’s displayed alongside its twin, the Gixxer 250 roadster version.

Both are powered by a 249cc SOHC fuel-injected single-cylinder engine that pumps out 26.1hp and 22.6Nm of torque. Other key features of these two Suzuki bikes include an LED headlamp and taillight, a digital instrument panel, a twin-pod muffler, and brushed-finish alloy wheels.

Not far from the Suzuki booth is the TMS display of Team Green, whose lineup includes the new Ninja ZX-25R. Propelled by a 249cc DOHC liquid-cooled four-cylinder engine, it’s expected to rule its segment once it rolls off the assembly line en masse.

Looking at this quarter-liter bike from different angles, its bodywork resembles that of the undisputed World Superbike Championship machine, the ZX-10RR, ridden by five-time WSBK champ Jonathan Rea. And because it has a similar in-line-four engine configuration as the 250cc Kawasaki race bikes of decades past, it has earned itself a reputation for being a screamer, thanks to its sweet-sounding, high-pitched exhaust note when revved to the redline.

It’s really great to see both these 250cc offerings being showcased at an event as big and diverse as the Tokyo Motor Show. Do you think these two-wheeled warriors can entice car lovers to shift to motorcycles in the future? Well, your guess is as good as ours.

First look: The 2020 Ducati Streetfighter V4 has wings
View other articles about:
Read the Story →
This article originally appeared on Topgear.com. Minor edits have been made by the TopGear.com.ph editors.
Share:
Retake this Poll
Quiz Results
Share:
Take this Quiz Again
TGP Rating:
/20