Meet Suzuki’s new Intruder: A ‘cruiser’ with a 150cc engine

The guessing game for the price range has begun
by Agnes Uzochika Aja | Jun 17, 2019
MOTORCYCLE BRANDS IN THIS ARTICLE

Over the weekend, crowds gathered to admire the bikes at the Big Bike Expo & Moto Builds Pilipinas exhibition hosted by the Makina Moto Show.

Amid this teeming sea of enthusiasts, Suzuki Philippines previewed its newest bike for the Philippine market: the Suzuki Intruder 150.

Back in the ’80s, the ‘Intruder’ tag was originally identified with Suzuki cruiser motorcycles with big, powerful V-twin engines. The engine displacement of the Intruder series ranged between 700c to 1400cc, and the smaller 250cc and 125cc powerplants came into the picture as years went by. The small Intruders became popular in Europe and other parts of the world as an affordable learner’s bike.

No matter the engine size, the previous models were true-blooded cruisers in form and handling; they have a low seat with forward-positioned footpegs, a long, angled fork, and a high-raised handlebar. Some of them even had a sissy bar for rear passenger comfort. And don’t forget the chrome trimmings. 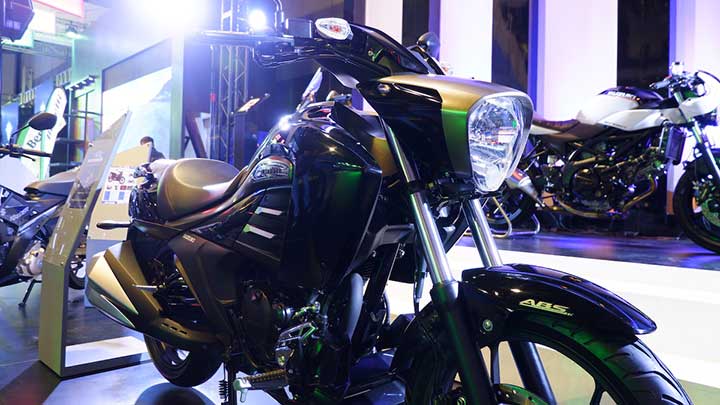 But times have changed. Now marketed as a modern cruiser, the new Suzuki Intruder 150 looks like what happens when you design a cruiser with a sport bike in mind. The overall silhouette and lines are rooted in the cruiser style. The headlight cowling design takes after the Boulevard M90’s, the Intruder’s much bigger brother. Its fuel tank slopes down to a low teardrop seat, and its riding position is relaxed and upright, with the heel-toe shifters placed slightly forward and up.

Take in the Intruder 150 longer and it starts to reveal its sportbike tendencies. Its exhaust, for one, swaps the twin pipes of a cruiser for the dual outlet common in sport bikes. The model is also exceedingly light for its class. At a curb weight of 149 kilos, it’s at least 50 kilos lighter than your average cruiser. That makes a statement in a category known for big and hulking motorcycles. 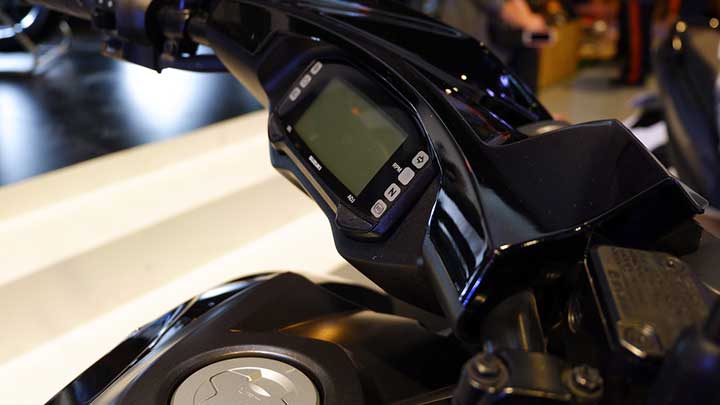 Suzuki doubles down on these tendencies with the Intruder’s engine. The four-stroke, single-cylinder, air-cooled engine is the exact same one you’ll find in the Gixxer 150’s, Suzuki’s hot-selling street bike. As a result, the performance and specs are the same—max torque of 14Nm @ 6,000rpm, max power of 14.8hp @ 8,000rpm, a five-speed manual transmission, and fuel injection.

Other features of note for this motorcycle are the LED taillight, turn signals (which are uniquely placed in line with the handlebars), front and rear disc brakes, and 17-inch mags outfitted with tubeless radial tires. 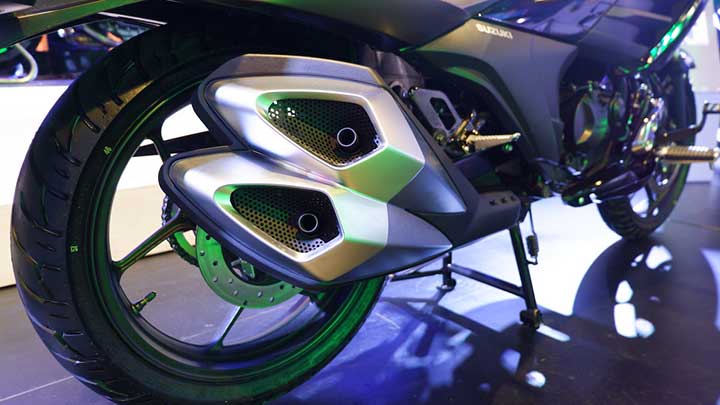 When can you get ahold of this modern cruiser and for how much? Frankly, we don’t know yet. Suzuki Philippines remains tight-lipped about the price and vague about the distribution timeline, citing that it will ultimately depend on market demand.

Why the lack of certainty? Here’s some background: The Suzuki Intruder 150 is a direct import from India, where it was officially launched in November 2017 and met with strong sales for several months after its launch. As of this year, India has severlasting versions of this motorcycle: a standard (carbureted) and special edition (fuel-injected) with an option for ABS. 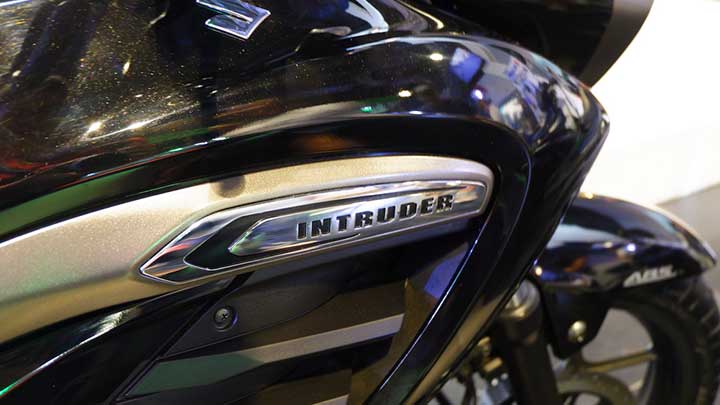 The ongoing discussions at Suzuki now hinge on whether the Philippine market will pay the premium for single-channel ABS. Some other parts of the bike’s design might also have to be tweaked to better suit this market.

If the market response is positive for Suzuki PH, we might be seeing ABS-equipped Intruder 150s on the road in the future. If not, we’ll still see the bike around, just not in the same form as it was this Father’s Day weekend.

In the meantime, check for updates here at Moto Sapiens for the price announcement and review of this new street fighter by Suzuki. 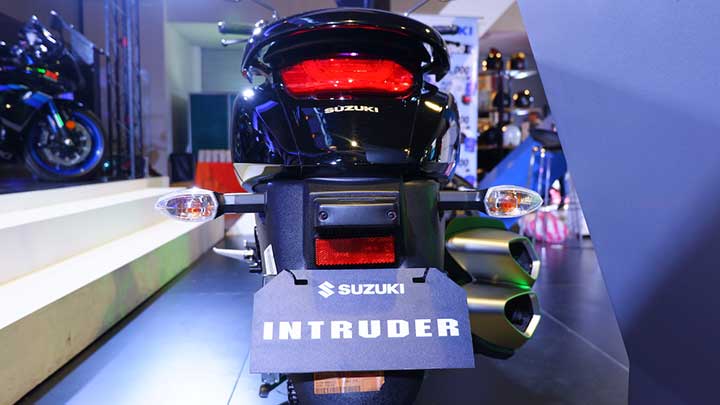 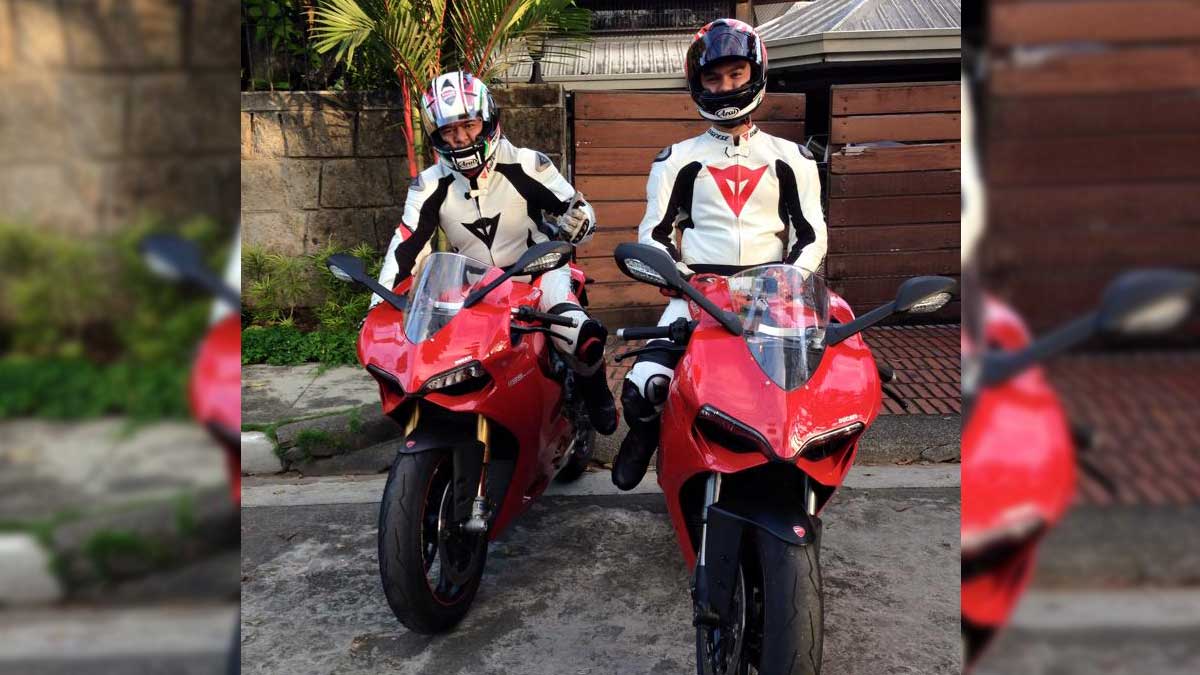 Why not celebrate Father's Day riding with your dad?
View other articles about:
Read the Story →
This article originally appeared on Topgear.com. Minor edits have been made by the TopGear.com.ph editors.
Share:
Retake this Poll
Quiz Results
Share:
Take this Quiz Again
TGP Rating:
/20