Bad luck struck as this Pinoy rider was gaining more confidence on the track
by Aris Ilagan | May 8, 2019

Ace Filipino rider Timothy Joseph ‘TJ’ Alberto of Access Plus Racing-Ducati Philippines-Essenza continues to rake in points at the Asia Road Racing Championship (ARRC)-ASB1000 Round 2 held in Australia over the weekend, despite crashing his bike during the second race.

At the qualifying session, TJ and his Italian-Swiss teammate Jonathan Serrapica, started with a strong performance on the 7.7km circuit at The Bend Motorsport Park that placed them on P10 and P14 on the starting grid, respectively.

On Race 1 held last Saturday, both riders took off to a clean start although Alberto lost one position after a few more laps. Intense wheel-to-wheel battle prevailed among the riders caught in the mid-pack that allowed TJ to grab P9, but as the race progressed, he dropped to P11. Upon reaching the checkered flag, TJ missed P10 by a whisker and settled for P11 while Serrapica finished P14.

During Race 2 the next day, bad luck struck Alberto. His desire to further improve his run was immediately cut short as he saw himself gliding through the gravel trap after he evaded another rider who crashed in front of him as they were all charging into the first corner.

“I really had nowhere to go in trying to avoid him,” said TJ.“I pulled the brakes and I lost the front.” This left Serrapica as the sole rider to take the Acces Plus team to the finish line in 14th position. Despite the unfortunate incident in Race 2, Alberto was able to hold on to his top-10 overall ranking. Serrapica settled for 13th. There were 16 participants in the ASB1000 category during the Australian leg. Speaking of home-court advantage, Race 1 and Race 2 were both won by Australian riders Bryan Staring (Kawasaki Thailand Racing) and Broc Parkes (Yamaha Racing Team ASEAN), respectively.

At the opening round of ARRC-ASB1000 held at the Sepang International Circuit in Malaysia last April 27 to 29, 2019, TJ placed sixth overall after a strong P9 and P10 finish during Race 1 and 2, respectively.“It’s my first outing here at The Bend and I certainly enjoyed the layout. With some new adjustments, we made big strides compared to Sepang. We are now able to race closely with the other riders and fight for position,” the #77 rider said. “The team just needs to work on small things such as managing rear tire wear as it definitely affected my first race. The crash on Sunday was unfortunate, but we are definitely looking forward to reaping the benefits of our leanings in Thailand.”

Jonathan, on the other hand, felt good being able to race at The Bend for the first time, adding that he and TJ had put a lot of effort into preparing for this event. “I look forward to pushing harder in the next round,” he said.

Toti Alberto, TJ’s father who is also the team principal, has good things to say about his son despite the race debacle. “It feels good that our preparations after Sepang paid off and allowed us to be more competitive in Australia,” the older Alberto stressed. “We’ve closed the gap to the frontrunners, giving us a better chance to fight for points. It’s just unfortunate what happened to TJ in the second race where he was taken out after a rider crashed in front of him, but the feedback and improvements we got will help us for the rest of the season.” 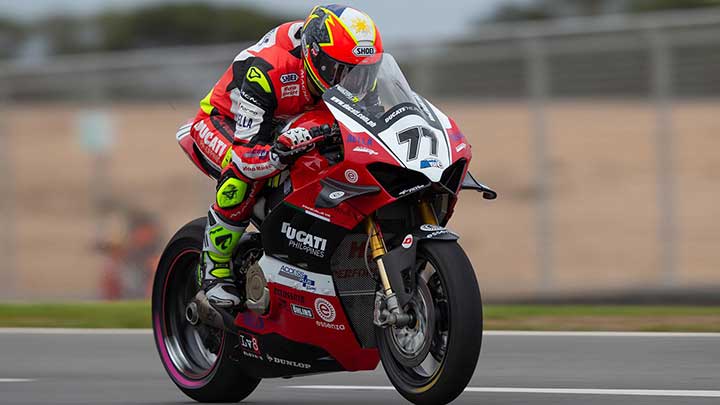 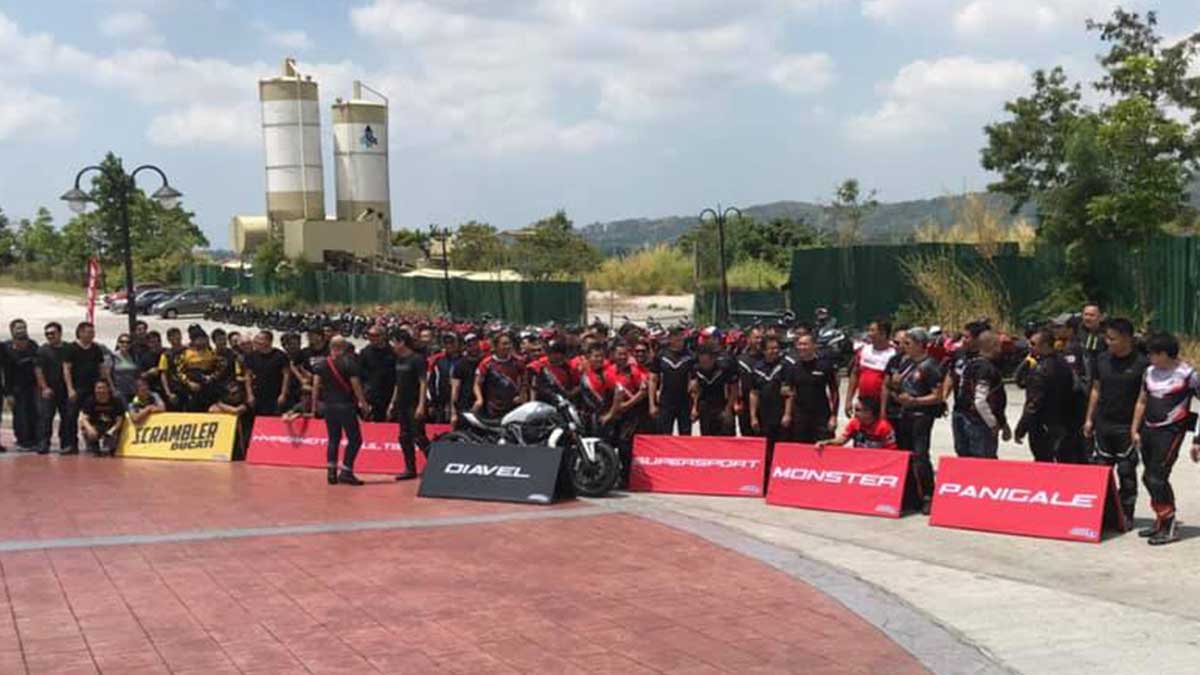 Ducati Labor Day ride: Just savoring a day of no work, no traffic
View other articles about:
Read the Story →
This article originally appeared on Topgear.com. Minor edits have been made by the TopGear.com.ph editors.
Share:
Retake this Poll
Quiz Results
Share:
Take this Quiz Again
TGP Rating:
/20