Northerners rejoice, for you no longer have to brave horrendous southbound traffic to get a taste of Yamaha’s world-class big-bike dealership experience. Yamaha’s first RevZone dealership in Metro Manila just opened along Timog Avenue, Quezon City, and it’s sure to spice things up for riders in this part of the metro.

At an event hosted by the ever-enthusiastic Joyce Pring, media, business partners, guests, and Yamaha club riders alike were welcomed with open arms to the grand facility born out of a partnership between the Japanese motorcycle company and Wheeltek.

Attendees were greeted by the building’s modern and spacious interior, with high ceilings, a mezzanine, and an industrial-style exposed ceiling that gives the dealership a ‘repurposed hangar’ kind of feel, despite the whole structure having just been built.

Like YZone, Yamaha PH’s flagship store at the Greenfield District in Mandaluyong City,  has different sections to give each motorcycle category its own little slice of showroom floor.

So far, Yamaha has one YZone showroom compared to seven RevZones owned by different dealer principals in several parts of the country. showrooms, like YZone, offer both motorbikes with big engines (400cc up) and small engines (underbones, business models, and scooters). Also, Yamaha is carried by at least 380 ‘3S’ (sales, service, spare parts) shops that sell motorbikes with small engine displacements.

At the RevZone QC showroom, the XSR900 and SR400 models are positioned near the front window beside the entrance, enticing passersby with their old-school aesthetic and yard-built charm. Meanwhile, the imposing Super Tenere 1200 adventure bike takes up the rest of the window space on the other side of the entrance, inviting curious looks and pokes from attendees.

Yamaha’s R-Series, composed of the R15, R3, R6, and R1, are lined up in front of sporty gear and performance parts that are also for sale. Facing the R-Series on the other side is the MAX family of scooters, arranged from largest to smallest displacement: TMAX, XMAX, and NMAX.

After the scooter section is the commuter bikes area, and across from that are the Mio Aerox and the Tracer 900, as well as members of the MT family of naked bikes, the MT-07 and the MT-09. The Mio family of AT scooters has its own corner as well, the lineup on display consisting of the Mio i125, the Mio Soul i125, the and Mio Aerox S.

Adjacent to the motorcycle display area are lounges for both small- and big-bike customers, each offering views of the repair bay to encourage relaxation and peace of mind, knowing you can watch Yamaha’s qualified mechanics work their magic on your ride.

Upstairs is a stockroom for spare parts, a display rack featuring even more gear, the cashier, and even a conference room.

After the ribbon-cutting and blessing of the store was the signing of the official papers, as well as the turnover of the commemorative pins and poster. Present were officials from both Yamaha and Wheeltek, including Yamaha Motor Philippines president Toru Osugi, Yamaha sales and marketing division head Akihiro Maruo, and Wheeltek executive vice president Rosario Teresita Odulio. Quezon City vice mayor Joy Belmonte also graced the event.

After all the legalities were settled, things took an even more exciting turn when the mysterious bike displayed front and center of the dealership floor was unveiled. Hiding underneath the black cloak was something that has achieved mythical status among riders: a Laguna Seca YZR-M1 MotoGP bike, ridden by nine-time world champion Valentino Rossi of the Movistar Yamaha MotoGP team. This particular bike, clad in a yellow race livery reminiscent of a local pizza chain’s delivery scooters, was ridden to victory by Rossi in the 2005 MotoGP season.

The activities didn’t stop there, however, with a Bike Night later in the evening, similar to those hosted at YZone for big-bike riders. It is here that riders—whether they own Yamahas or not—meet, bond, and have fun.

The aesthetic of the store and the drool-worthy displays can make anyone feel like buying a big bike of their own. That is, of course, if their budget permits. 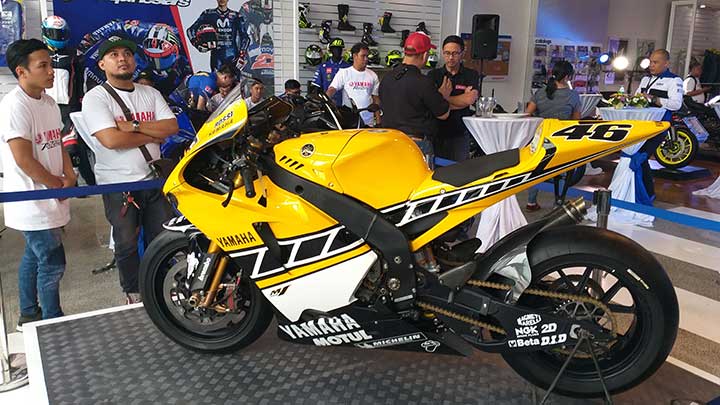 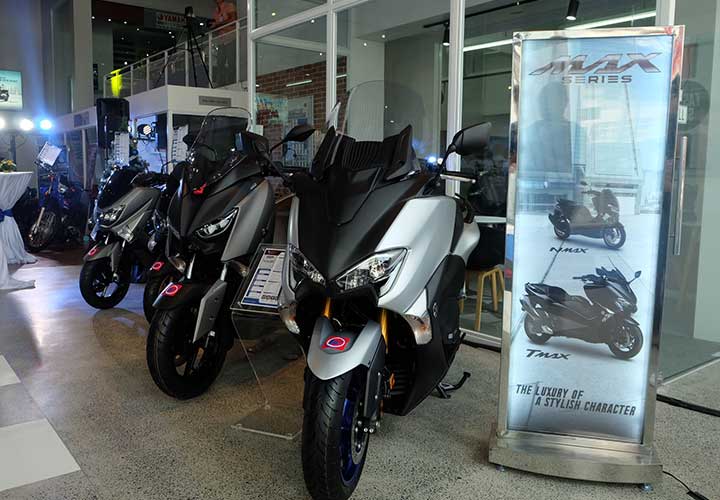 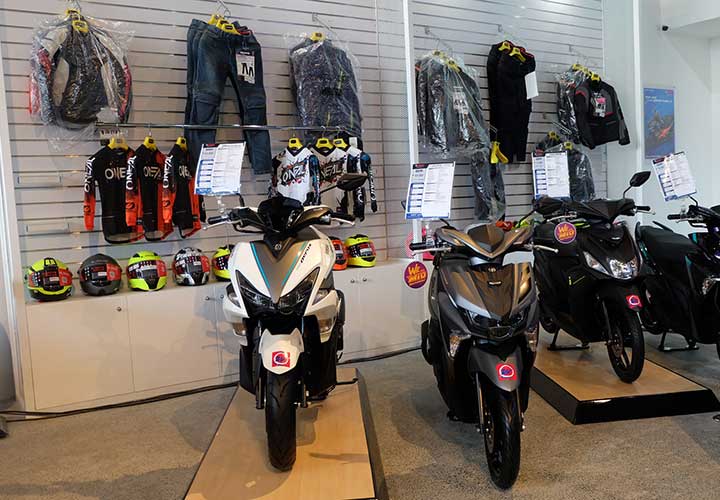 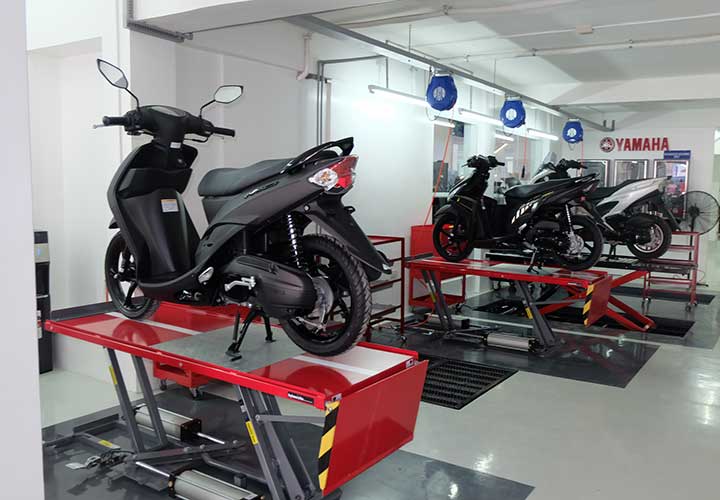 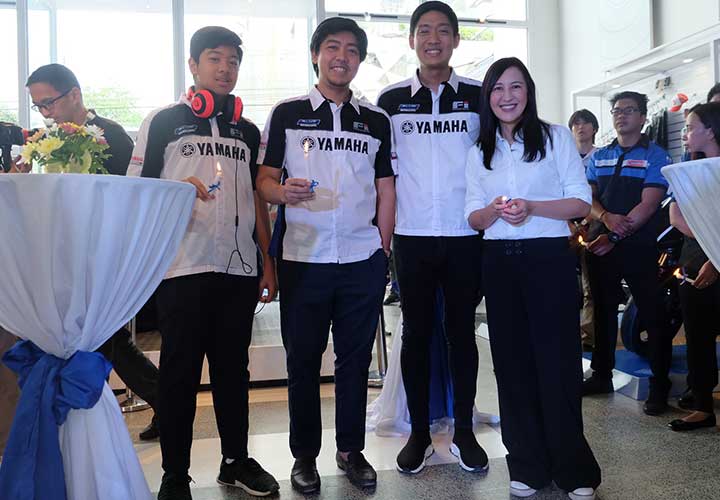 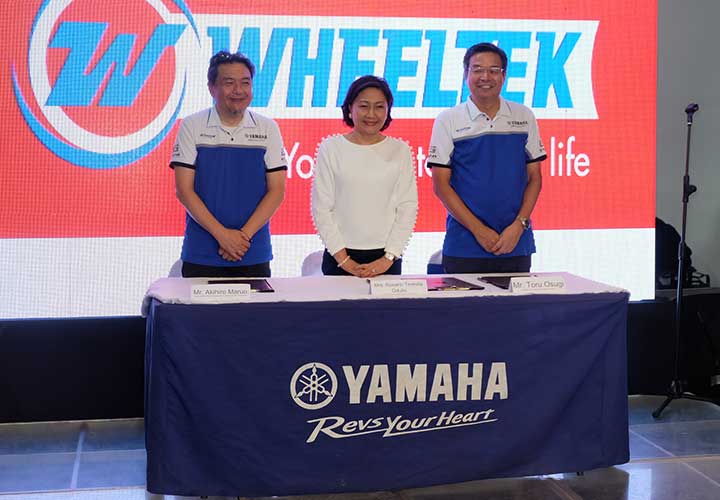 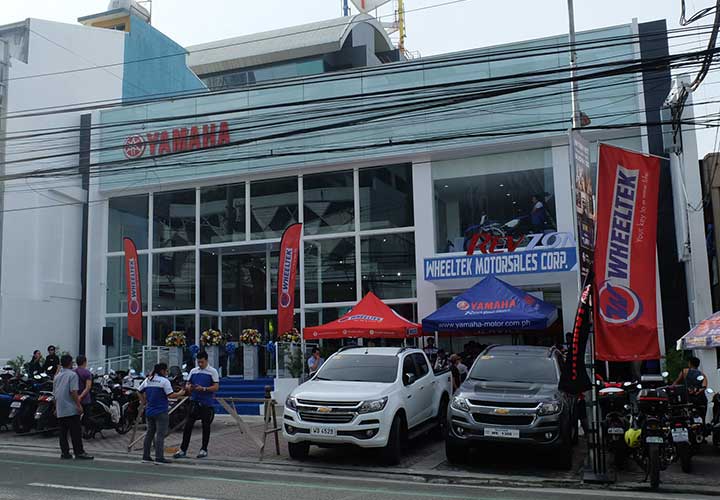 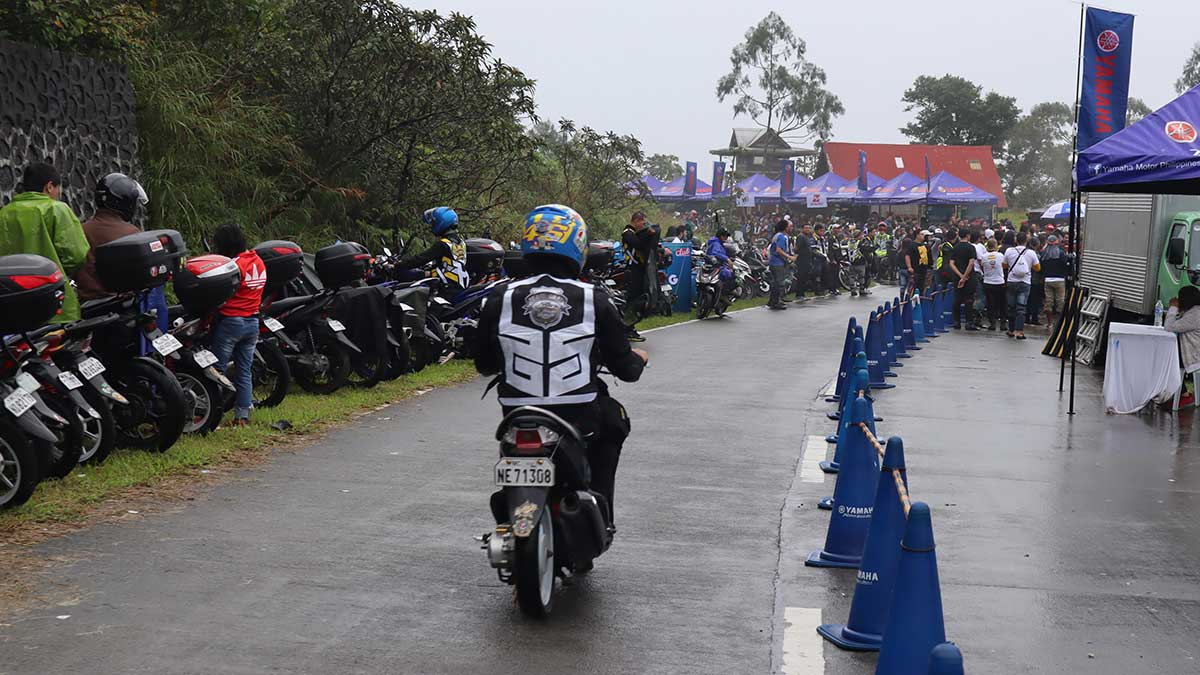 Yamaha holds Christmas party for riders at infamous Marilaque Highway
View other articles about:
Read the Story →
This article originally appeared on Topgear.com. Minor edits have been made by the TopGear.com.ph editors.
Share:
Retake this Poll
Quiz Results
Share:
Take this Quiz Again
TGP Rating:
/20