Nostalgia on two wheels
by Carlo Chungunco | May 1, 2018
MOTORCYCLE BRANDS IN THIS ARTICLE 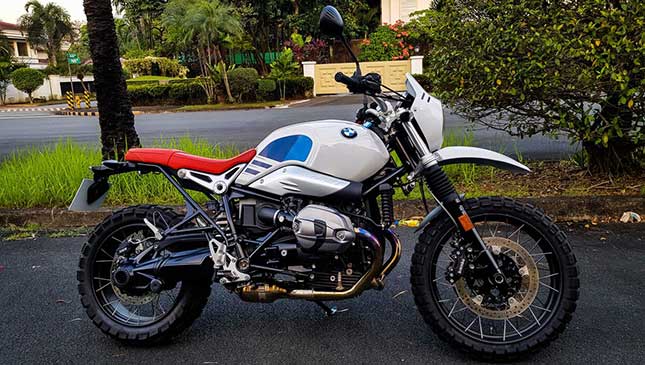 In the 80’s, adventure bikes as we know them weren’t a thing. Sure, there were the older Scramblers that came out from the likes of Ducati. But for the most part, you either had to choose between going with a large engine, multi-cylinder bike, or a lightweight single cylinder off-roader.

The R80 G/S was a revelation. Sporting a large displacement parallel-twin and a rugged construction, this beast of a bike could literally be used for anything and everything. From cruising the highways to barreling down an off-road track, BMW was onto a winner when it created a bike that did everything well.

Since then, the adventure bike (or ADV bike) category it created has exploded, and the newer R1200 GS is the undisputed market leader. A caveat is to be expected though, as the newer bike shares almost nothing with its '80s ancestor.

While the old bike was renowned for its ruggedness and simplicity, the newer bike has all sort of electronic trickery and computers that take away from the essence of what made the GS so great.

Some people just want that analogue feel in a bike, so thankfully BMW is a step ahead. The German motorcycle brand introduced the R nineT in Urban G/S guise, and my gosh, it’s the perfect nostalgia trip if there ever was one. 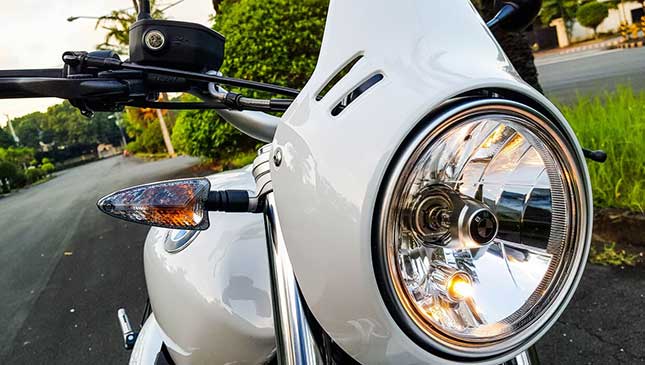 Part of BMW’s heritage line of R nineT motorcycles, the Urban G/S stands out as the most retro-styled of them all. Maybe it’s the BMW Motorrad paint job that did it. It also may be subjective, but we find that this may be the prettiest R nineT yet.

The Urban G/S is the bike that most resembles its forebear, sporting the same functional mud guard, single headlamp, and rugged looks. You’d easily be mistaken for thinking that this was a bike that came out in the same decade that Filipinos took to the streets to oust a dictatorial regime. 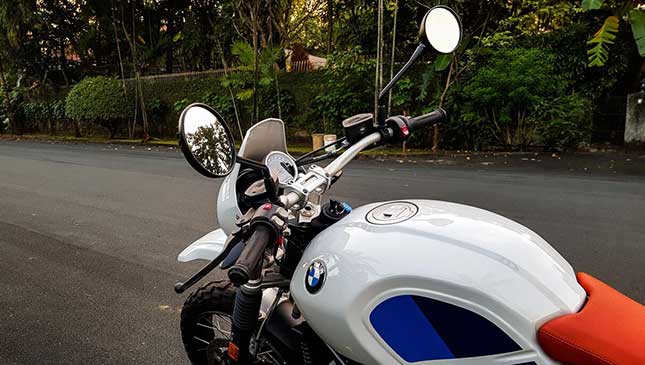 Unlike the BMW R nineT Racer that we reviewed earlier, the Urban G/S is the furthest thing from an uncomfortable café racer-ish motorbike.

Sitting on the bike, the spaciousness of the cockpit is jarring when coming from the cramped confines of the Racer. Higher handlebars and more forward pegs combine with a flat, long seat to provide a comfortable and expansive riding position.

Such a riding position makes it easy to ride all day, and the high bars allow for easy control while standing on the pegs for off-road ability. The lack of a divide between the rider and the passenger seats means that the rider can adjust to the rear part of the seat when riding alone, thus getting a more comfortable stretch; handy when riding for hours on hand. 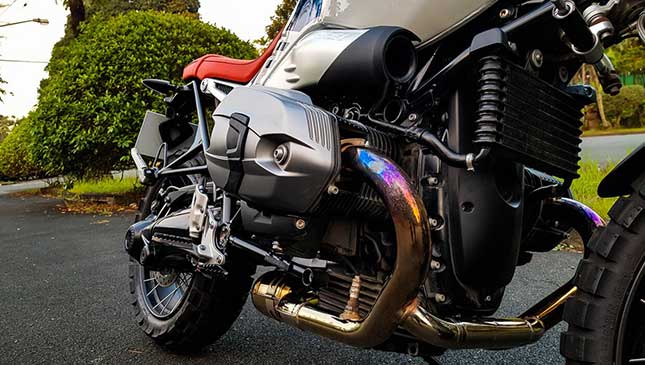 The Urban G/S is powered by the same 1,170cc boxer twin found in other members of the R nineT family. Like in those bikes, it puts out the same numbers at 110hp and 116Nm, and much like them, the mill has a special little something that sets it apart from other modern motorcycle engines.

It has the perfect coarseness to it that gives it some character. From the crackle and pops to the vibrations from the twin, it really does feel old school in a good way.

Of course, having the same engine as the Racer, it has the same problem of being air-/oil-cooled, which leads to quick overheating issues in traffic. This kind of situation can get annoying. 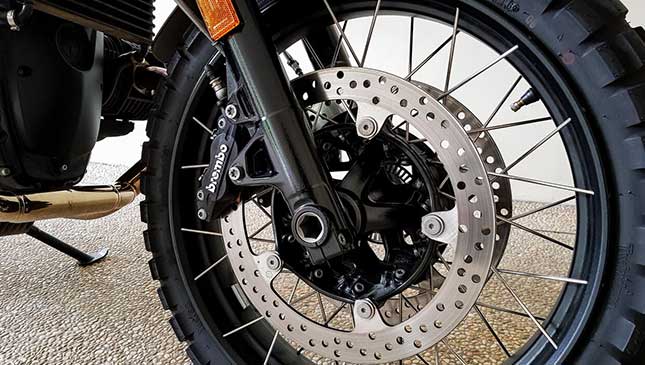 The bike rides well thanks to its comfortable ergonomics. It has a more compliant suspension than the other bikes in the range, but don’t let the off-road looks fool you—the Urban G/S puts the emphasis on ‘Urban.’

The suspension is definitely not as soft as an off-roader should be, which means that it’s more suited for the city and highway, as the bike tends to ride rough over some of the ruts on EDSA.

More than that, the bike comes with knobby tires, which are great off the beaten trail, but tend to ride bouncy on the street and would often follow gouges on the road that may lead to an unpleasant ride. 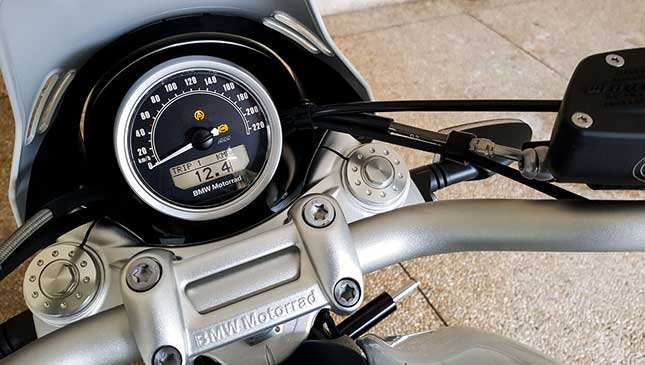 The Urban G/S has the same specifications of the Racer. It comes standard with BMW Motorrad ABS and a trip computer.

The big difference with the Racer is that it only has one gauge for speed, which means that you have to learn to ride the bike without a rev counter. This also means that the bike has to be ridden on feel. It’s great when you’re used to the bike, not so much when you’re paying P1,120,000 for a motorcycle (P20,000 more than the racer) for less features. 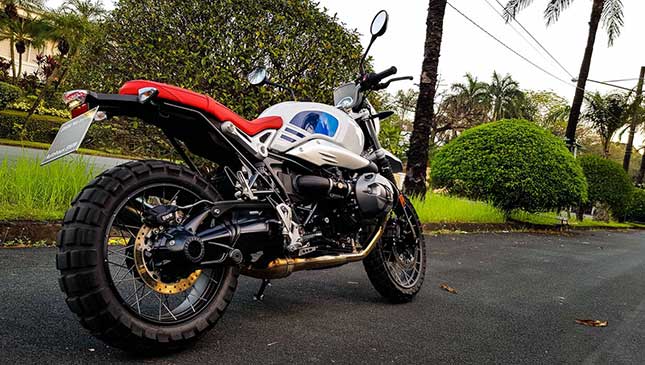 The BMW R nineT Urban G/S is one of the best bikes in BMW’s heritage lineup. It’s easier to ride than her stablemates, and the presence of the bike is only matched by the history behind one of the most successful motorcycle segments in modern times.

Sure, the Urban G/S may have some quirks atypical of a modern motorcycle, but that may be part of her charm. It’s a charm that no amount of power or modernity can bring to the table. And for that, the Urban G/S can be worth every penny. 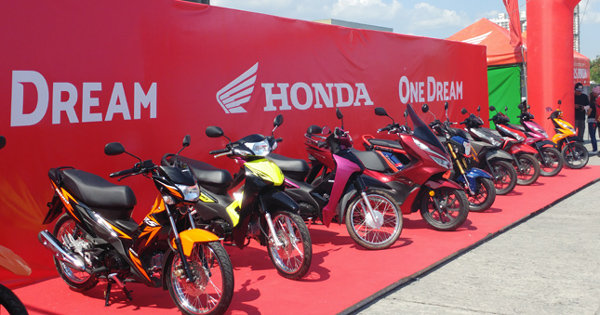 Honda Philippines holds Riders Convention in QC for its customers
View other articles about:
Read the Story →
This article originally appeared on Topgear.com. Minor edits have been made by the TopGear.com.ph editors.
Share:
Retake this Poll
Quiz Results
Share:
Take this Quiz Again
TGP Rating:
/20