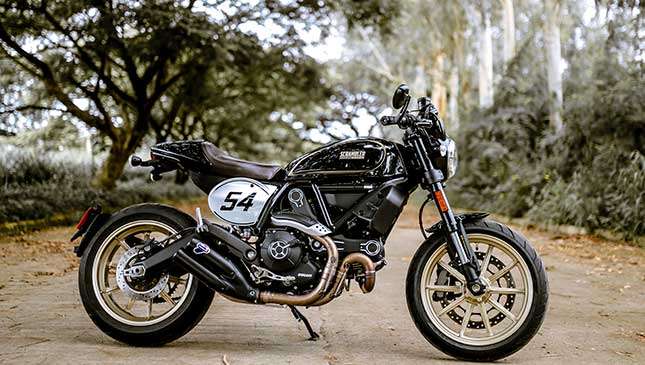 A sibling rivalry is brewing within the Ducati family. Ducati now already has under its wings six Scrambler variants: The Classic, Icon, Full Throttle, Desert Sled and Cafer Racer, all powered by an 803cc engine; and the Sixty2 equipped with a smaller 400cc engine. All of them are competing for sales.

Choosing from the six is not an easy task. They all have the vibe of classic race machines but with modern technical features. Yet each has a distinct riding trait and purpose.

This is the reason why Ducati Philippines is all smiles nowadays. Because of the sex appeal of its Scramblers, the biker communities are now flooded with these handsome Italian beasts. But when compared side by side, one Scrambler clearly stands out from the group—the Café Racer.

Will the Cafe Racer's styling and design live up to Ducati's performance rep? Ducati Philippines gave Moto Sapiens a weekend to find out. 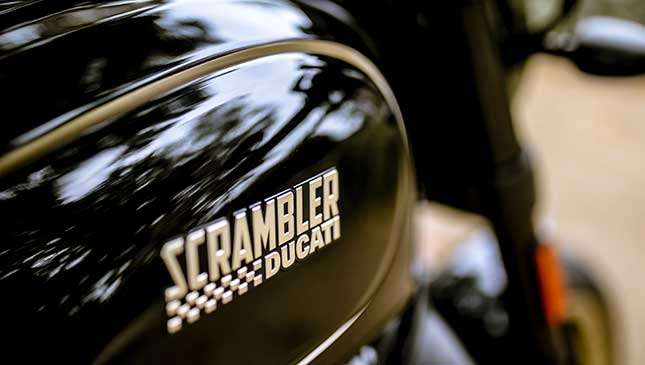 Viewed from any angle, the Ducati Scrambler Café Racer is undoubtedly a winner. Like an espresso, the Cafe Racer’s shiny Black Coffee skin is strong enough to perk you up each morning. Matched with a pair of gold wheels and a single seat wrapped in brown premium leather, the retro styling of the Café Racer entices the rider to don skinny jeans, a faded denim jacket, and aviator sunglasses to make a perfect '60s theme.

If the Icon and the Classic have raised handlebars and lower seats, it’s the other way around for the Café Racer. The low clip-on handlebars and increased seat height of the Café Racer have a sportier feel. Although pint-sized, the side mirrors mounted on the bar ends give the rider ample view of what's behind and at the sides.

The single round chrome-laced dial with an LCD monitor is politically correct for this retro-styled bike. But it lost pogi points for lacking gear indicators and a fuel gauge. When revving, the RPM level that stretches at the outer edge of the dial can hardly be seen. 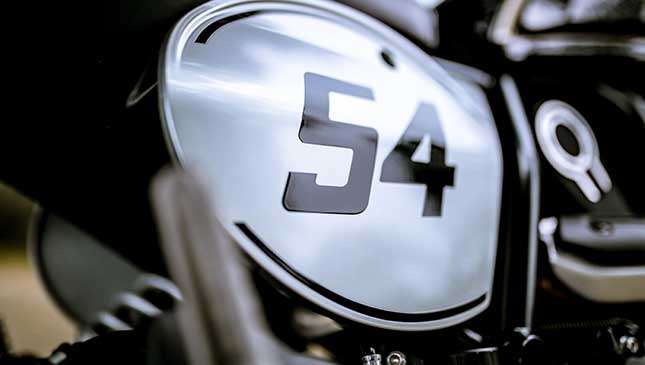 The Café Racer pampers the rider with a thinly padded seat that’s wrapped in classy leather. The little mound on its rear catches the rider’s behind when he’s leaning forward to evade wind drag at high speed. Consistent with retro-racer style, the shapely seat cowl will not allow pillion riding. It's a single-seater yet with a wide seating space for the rider.

I find the 32.5in seat height just perfect for my 5’6” frame. The seat tapers to the front, making it easier for the rider to tuck in the 13.5L tank between his legs.

The brake and gear pegs are in a neutral position below the rider, same with that of the Icon and the Classic. With higher seats and low handlebars, the Cafe Racer is less comfortable for the rider's arms and lower back compared with the two original Scramblers—more so if he is about to apply for a senior citizen's card. 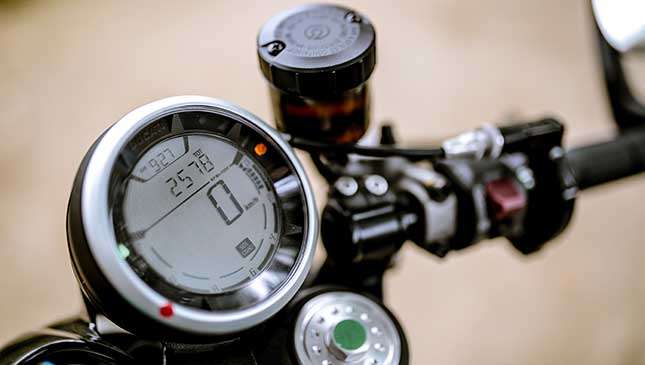 The Café Racer now has a smooth throttle response. The galloping behavior from the Icon and the Classic is gone. The power delivery of this retro bike is crisp and linear. Another plus for the Café Racer is the light brake and clutch lever feel. It doesn't leave my hands ringing after being stuck in heavy traffic. The engine heat may be annoying though, especially when caught in a standstill. But it quickly dissipates as the bike begins to move, even at low speeds.

On clear highways, my adrenalin rises as I push the needle to 180kph. Scramblers have a 75hp 803cc, air cooled, SOHC, L-twin engine that can reach 200kph. And because it's softly tuned, women or novice riders will enjoy riding it. The engine breathes through the new Termignoni twin pipes borrowed from the Scrambler Full Throttle. 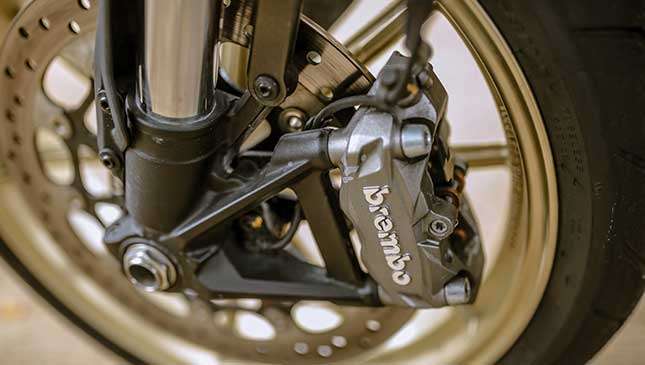 For about a year, I owned a Yamaha MT-07, one of the Scrambler’s nemeses in the middleweight class. Having the Japanese bike as a benchmark, I find the Scrambler Café Racer’s single diagonally mounted rear shock absorber stiff, although it has pre-load adjustments to set the damping to the rider's preference. The same degree of stiffness can be felt from the front suspension.

Compared to the Icon and the Classic, the Café Racer has narrower handlebars that makes lane splitting easier and safer. The rake is dropped 2.2 degrees to a steep 21.8 degrees. This explains why it has more responsive steeering and why it's very agile on the twisties.

When it comes to safety, I give bonus pogi points to the Café Racer for mounting Pirelli Diablo Rosso II rubbers that provide superb traction on either dry or wet surfaces. 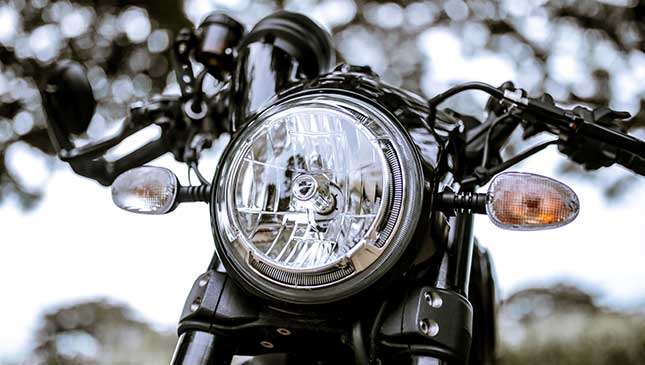 I like the front and rear Brembo brakes with ABS that guarantee stopping power. Although it's equipped with only a single disc monobloc caliper in front in line with its minimalist styling, the Café Racer halts promptly when the rider commands it. Brake modulation of this Scrambler is among the best. There's neither a sticky nor spongy feel when braking, and the brake lever is light to press.

By the way, the number 54 painted on its sides does not represent my age—yet. It's a tribute to an Italian road racer who won victories in the '60s with a revolutionary Ducati engine. 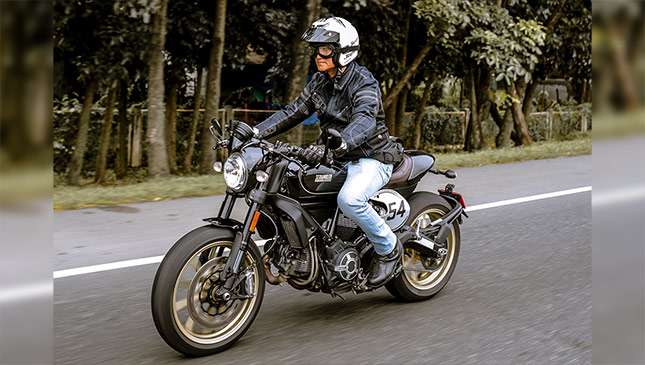 Before the Ducati Scramble Cafe Racer was born, one had to buy a Scrambler Icon as a base model, strip it of parts, then experiment with all sorts of accessories with aftermarket brands before it's transformed into a cafe racer. Now here's an authentic cafe racer with a jaw-dropping hipster design, and it's 100% made by Ducati.

Just make sure that you still possess the youthfulness to do the Cafe Racer's forward riding posture. Only then will your sex appeal be guaranteed. 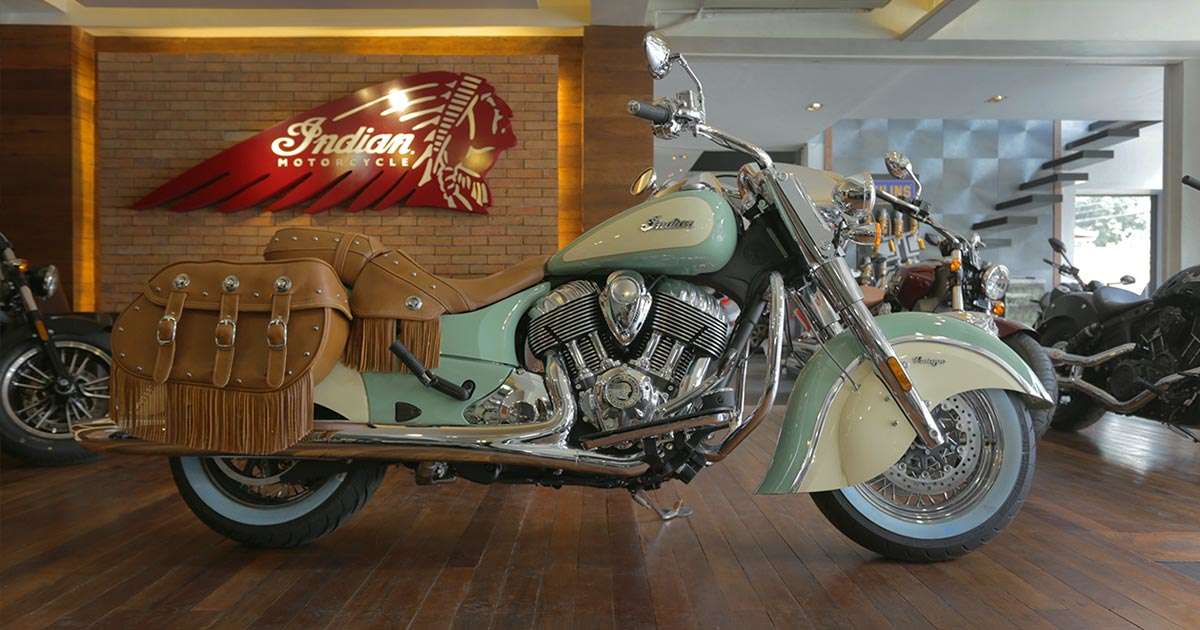 This classic-looking motorcycle rides like a modern bike
View other articles about:
Read the Story →
This article originally appeared on Topgear.com. Minor edits have been made by the TopGear.com.ph editors.
Share:
Retake this Poll
Quiz Results
Share:
Take this Quiz Again
TGP Rating:
/20