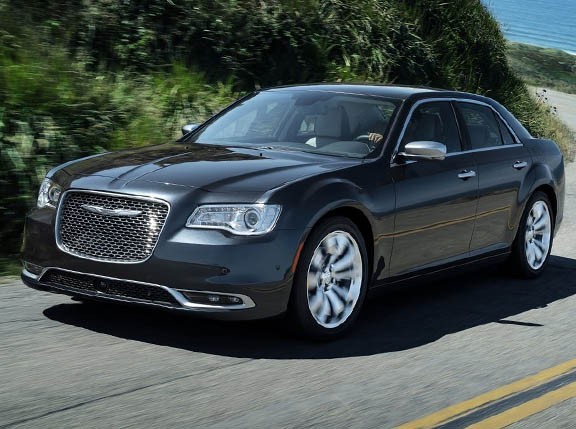 The current-generation Chrysler 300 may be five years old but its design is proving to be timeless next-generation model recently revealed by the American carmaker looks too familiar.

While the all-new Chrysler 300 carries over the distinctive proportions of its predecessor, some of its features have been redesigned to give the entire car a more tailored appearance.

Up front, the all-new liquid-chrome grille with its seven deeply-sculpted horizontal blades and the new Chrysler wing badge complements the signature "key slot" headlamps that features a scalloped lower edge. The headlamps are a bi-functional projector pair with LED-illuminated daytime running lamps that together form a "C" shape to give it an unmistakable presence on the road.

To improve the Chrysler 300's aerodynamics and visibility, the all-new full-size luxury sedan's windshield has been raked back three inches while the rolled-framed doors have thinner pillars to improve outward visibility by 15 percent. A new dual-pane panoramic sunroof adds to the 300's class and gives the passengers a more airy ride while the chrome daylight openings, chrome front- and rear-fascia accents and available 20-inch polished-aluminum wheels add to the car's luster.

Out back, the 300's deck lid now sports a lip spoiler while the new Chrysler wing badge is located just below it. The jewel-like rear tail lamps feature LED illumination while signature "light pipes" illuminate to give the 300 an alluring nighttime appearance. Straddling the vertical lamps, the 300's rear fascia has a chrome appliqué that seamlessly connects the tail lamp elements while the 3.5-inch oval dual exhaust tips complete the sedan's appearance.

The all-new Chrysler 300 will make its official debut at the 2011 North American International Auto Show scheduled from January 10 to 23 at the COBO Center in Detroit, Michigan. It will arrive in Chrylser showrooms in the first quarter of 2011.

McLaren confirms MP4-12C to go racing
View other articles about:
Read the Story →
This article originally appeared on Topgear.com. Minor edits have been made by the TopGear.com.ph editors.
Share:
Retake this Poll
Quiz Results
Share:
Take this Quiz Again
TGP Rating:
/20