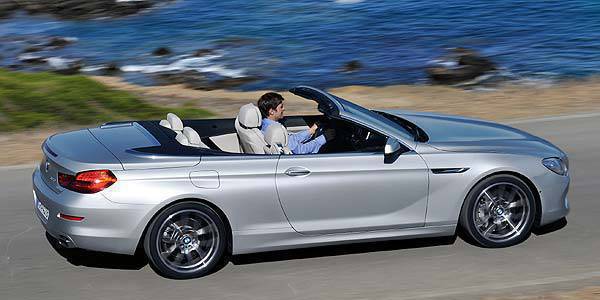 BMW has just launched the new 6-Series Convertible, a 2+2 seater that "makes a convincing case for itself with the most efficient engines, most advanced chassis technology and most innovative comfort, infotainment and safety features in its segment."

First revealed at the 2010 Paris Motor Show, the new 6-Series Convertible has a sweeping bonnet, a deep passenger compartment thanks to the long wheelbase, a flat waistline and a classic soft-top roof which are all hallmarks of a BMW convertible.

The all-new 6-Series Convertible comes with either a V8 powerplant or an inline-six, both packing BMW TwinPower Turbo technology.

The 4.4-liter V8 in the 650i Convertible produces 407hp and 600Nm of torque, allowing it to run from zero to 100kph in five seconds before it reaches an electronically limited top speed of 250kph. Despite its power output, this range-topping engine has an average fuel consumption of just 10.7 liters per 100 kilometers and emits 249 grams of carbon dioxide. A unique feature of this engine is that its turbochargers are located in the V-shaped area between the cylinder banks.

Both engines come fitted with an eight-speed Sports automatic gearbox. Like it?