The Arctic Trucks AT35 is a Hilux we don’t really need, but we want it, anyway

Just look at it
by Leandre Grecia | Feb 8, 2021
CAR BRANDS IN THIS ARTICLE

Pickups built primarily for arctic expeditions aren’t exactly the kind you’ll see plying our roads—go figure out why. But hey, we like them all the same.

Arctic Trucks is one specialist that has created some badass machines of this kind over the years. Now, the company is back at it with yet another custom build, this time featuring a different make and model: the new Toyota Hilux. 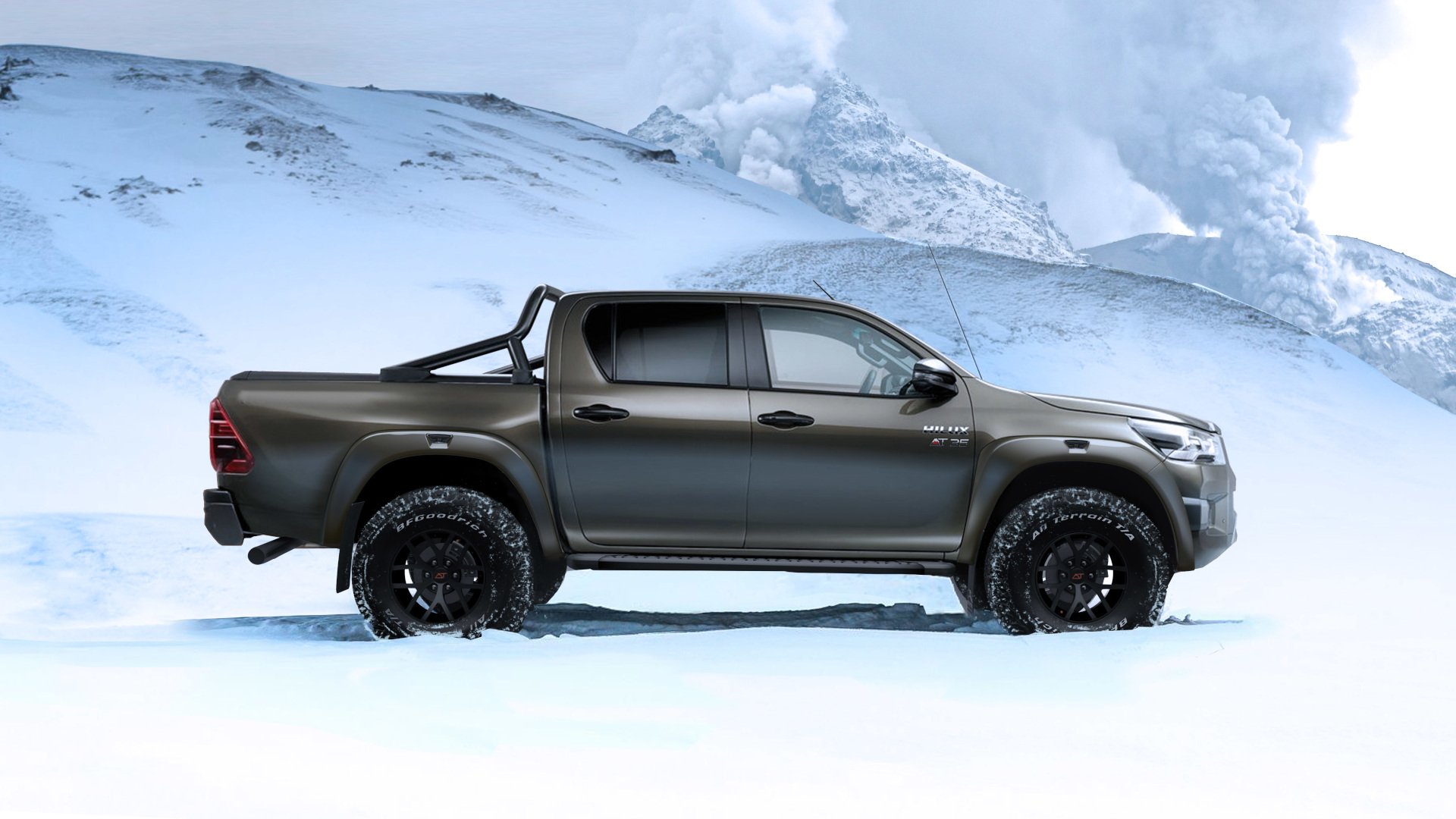 Meet the Toyota Hilux AT35, Arctic Trucks’ latest expedition-ready vehicle for pretty much any weather and driving condition. It doesn’t look as outrageous as a lot of its other custom builds, but it’s still a capable vehicle.

Specs and details of the modified Toyota Hilux:

The styling changes here are subtle. The Hilux AT35 sits on new 17-inch Arctic Trucks alloys shod with 35-inch BFGoodrich KO2 all-terrain tires and complemented by some new bulky wheel arches. It has also been fitted with a rear roll bar and a two-inch receiver hitch out back.  The side steps have also been tweaked, and there are AT35 badges and 30th anniversary decals around the exterior. Frankly, it looks simpler than it sounds.

The performance upgrades, though, are much more substantial. Ground clearance is higher than standard by 65mm, and the approach and departure angles are greater by nine and three degrees, respectively. The suspension has been lifted by 40mm up front and 20mm in the back thanks to the Arctic Trucks Bilstein performance suspension system. This includes front springs and dampers, some anti-roll-bar adjustments, and rear dampers with extended shackles. 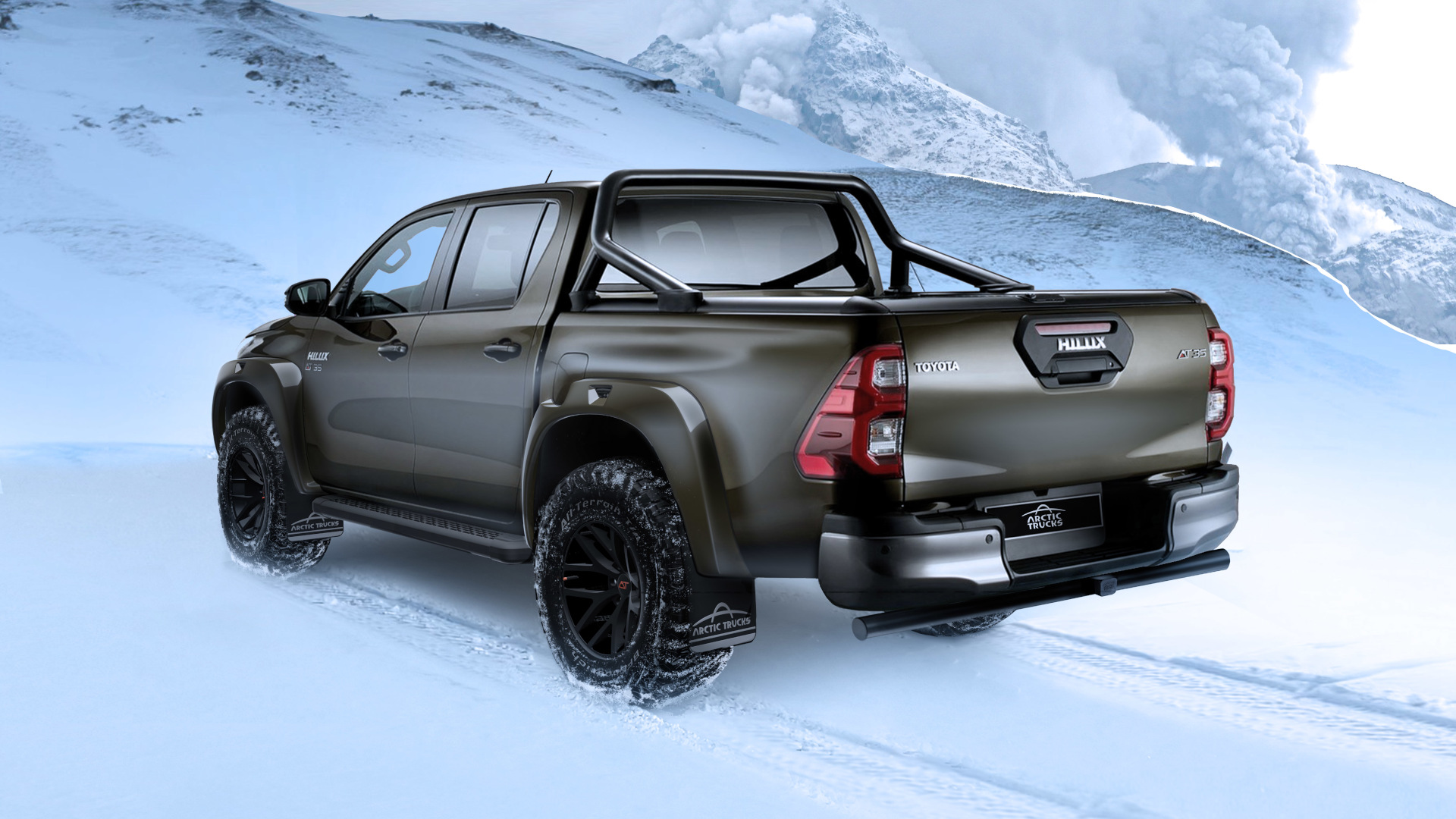 The frame has been re-engineered as well. The engine, however, remains untouched. The Hilux AT35 is still powered by a 2.8-liter turbodiesel that churns out 201hp and 500Nm of torque.

Pricing varies because there are a lot of other Arctic Trucks accessories that can be added to the package, but the ‘base’ Hilux AT35 starts at £18,780 (P1.24 million).

Snow might not be a thing here on our side of the globe, but this burly Hilux is something we’re sure our truck-loving market wouldn’t mind having—and besides, it’s not just for arctic expeditions. Thoughts, readers? 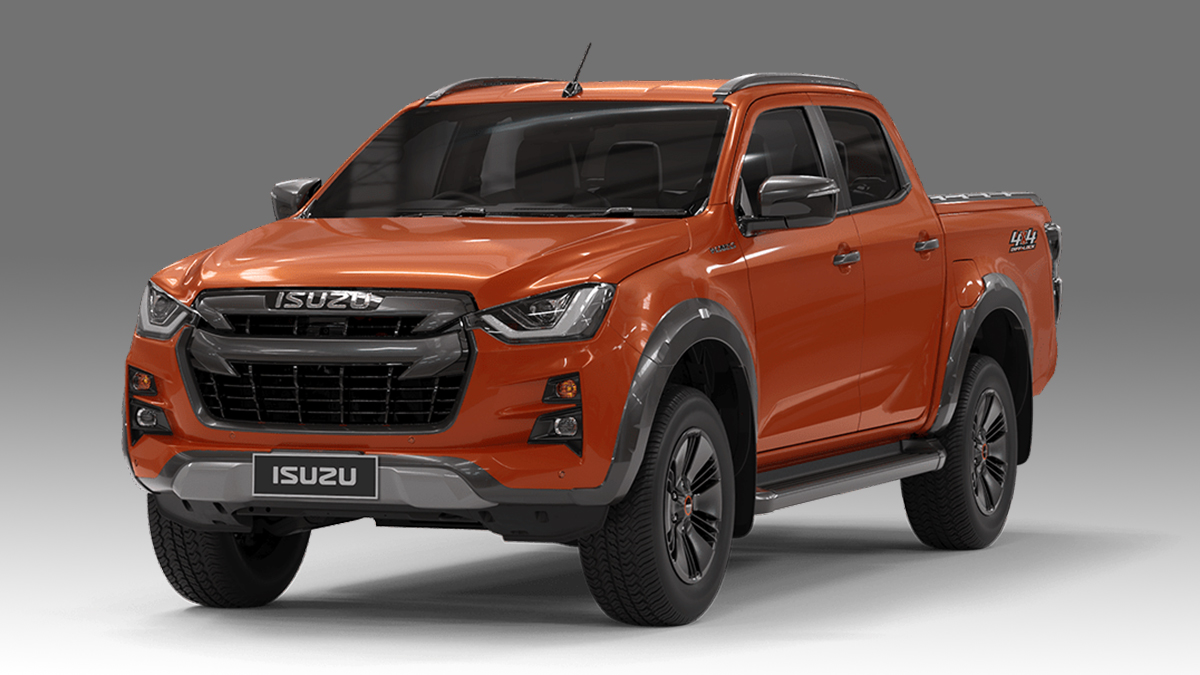