Manufacturer press shots for new cars generally follow a very prescribed theme. Clean car, clean studio, and enough angles to show off every new nut and bolt that has spent years in development. Not with the new Ford Bronco Raptor, though.

Ford says the Bronco Raptor has been “built for desert running and boulder crawling,” and that it’s the first-ever road-legal Ultra4 Racing-inspired SUV. Hardcore. 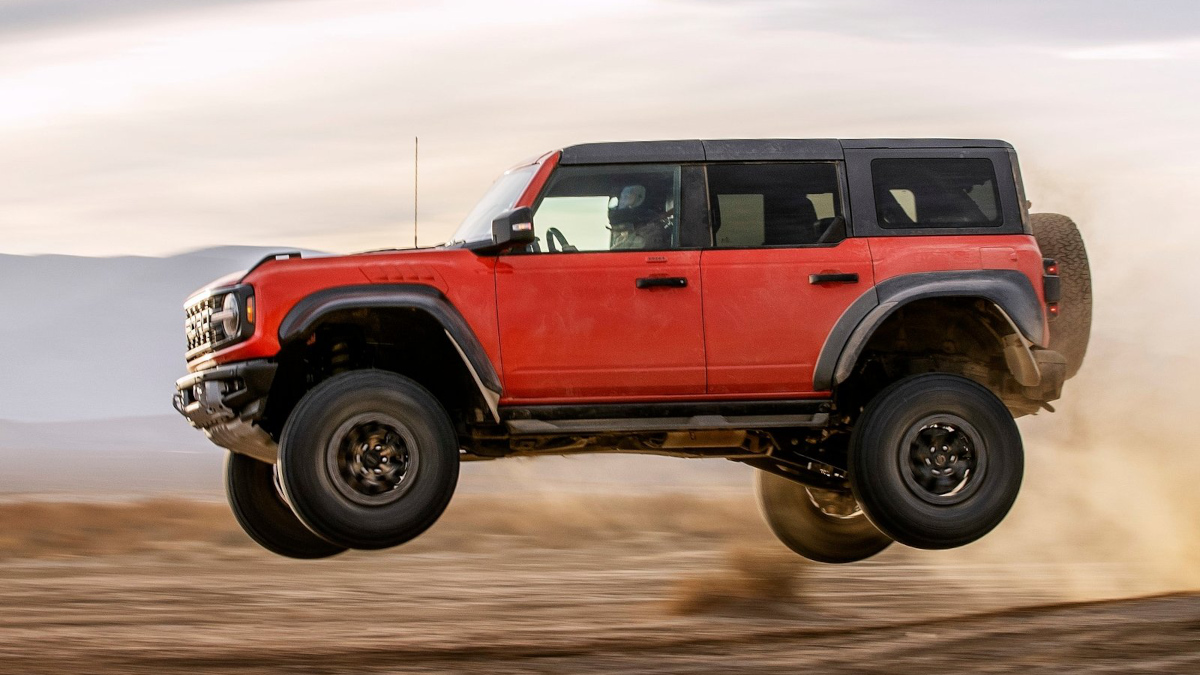 The Raptor is the work of Ford Performance, with a seemingly never-ending list of upgrades over a standard Bronco and a starting price of $69,995 (P3.6 million).

At its heart is a twin-turbo 3.0-liter EcoBoost V6, which Ford says should deliver “more than 400hp,” although official figures haven’t been confirmed just yet. The standard Bronco’s chassis has been strengthened at the B- and C-pillars to improve torsional rigidity by 50%, and there are competition-spec axles from the Bronco DR off-road racer that increase the track width by nearly 220mm. Ford says that’ll help with “handling stability during high-speed desert runs,” but it also allowed them to stick on some mega arch extensions. 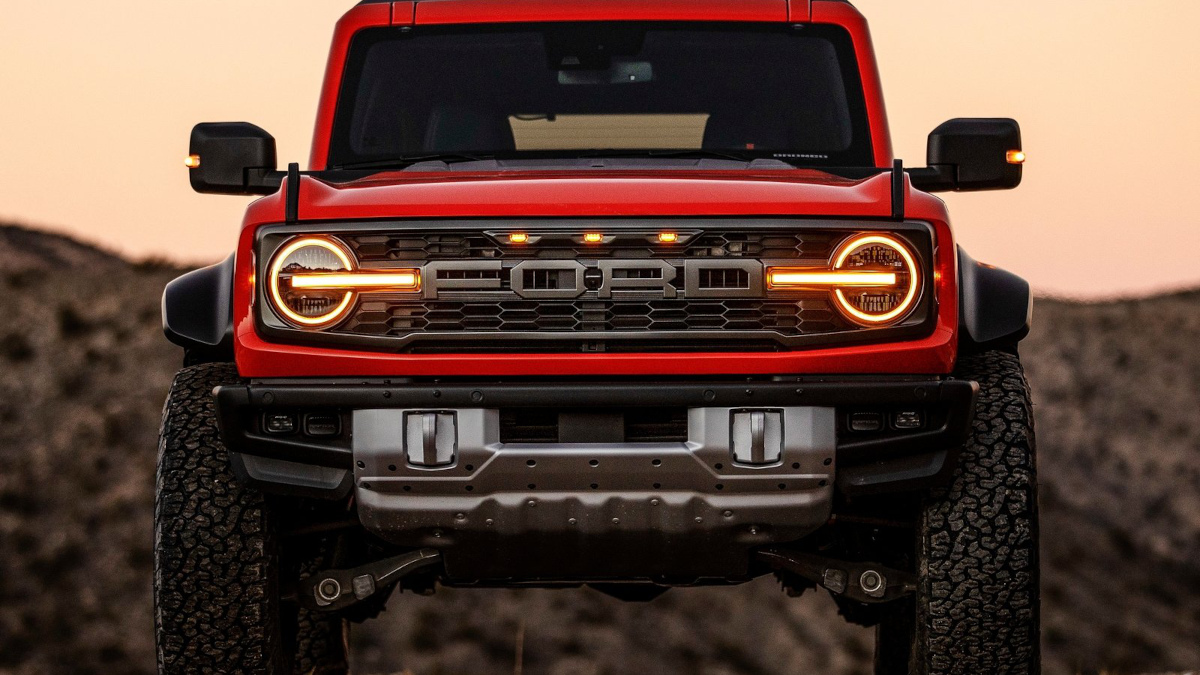 The twin-exit exhaust is new and gets active-valve tech with Normal, Sport, Quiet, and Baja modes, while the standard Bronco’s G.O.A.T. drive modes are also added to with yet another Baja option. Your only gearbox option will be a 10-speed automatic, and towing capacity grows by over 450kg to just north of two tons. 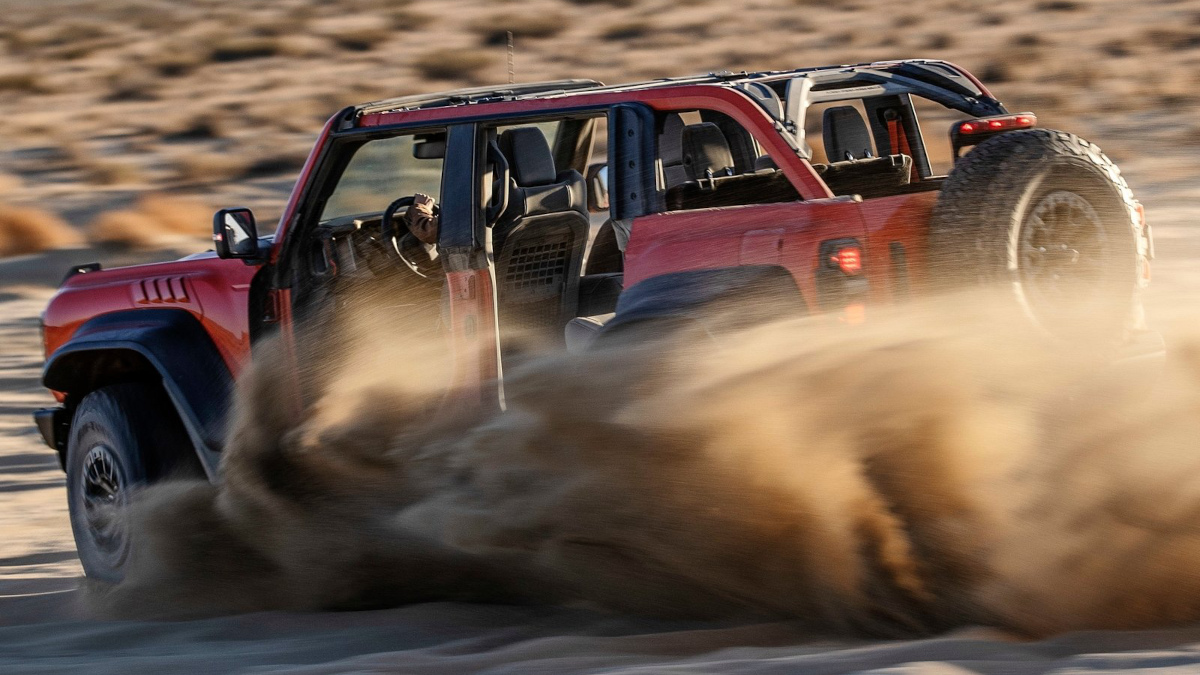 Some fairly substantial internals, then. But what do you think of the looks? The familiar Raptor grille makes another appearance, and those yellow daytime running lights are gloriously retro. The front bumper is made from heavy-duty steel and the end caps can be removed for better off-road clearance, plus there’s extra LEDs to light up the rough stuff.

The hood is fairly serious-looking with many added vents, and you can even have a ‘Bronco Raptor Graphics Package’ in case it wasn’t shouty enough for you as standard. Oh, and it’s worth noting that there are some excellently named paint options. Area 51 or Eruption Green Metallic, anyone? 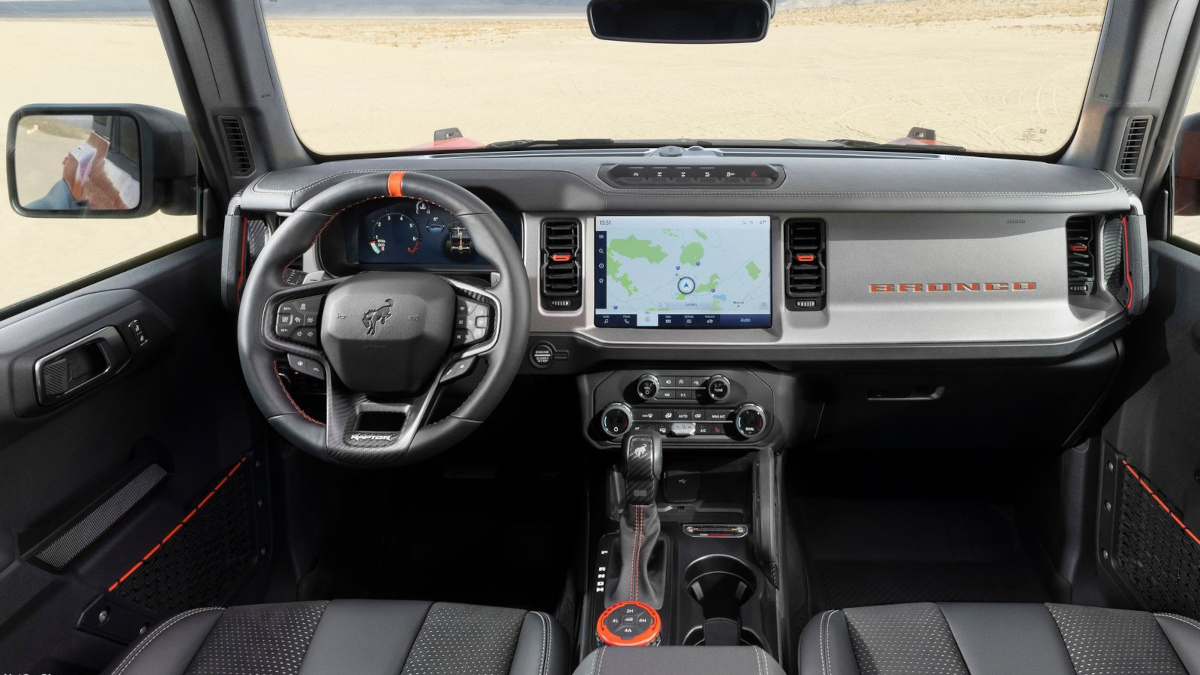 Inside, you get a washable rubberized floor with ‘marine-grade’ vinyl seats and plenty of Ford Performance touches. Check out the sports steering wheel and the magnesium paddles. All Raptors get the Bronco’s top-spec 12-inch infotainment screen, and of course, the doors and roof can all still be removed. Brilliant.

Has Ford built a proper dune-basher that’ll also work for popping to the shops? 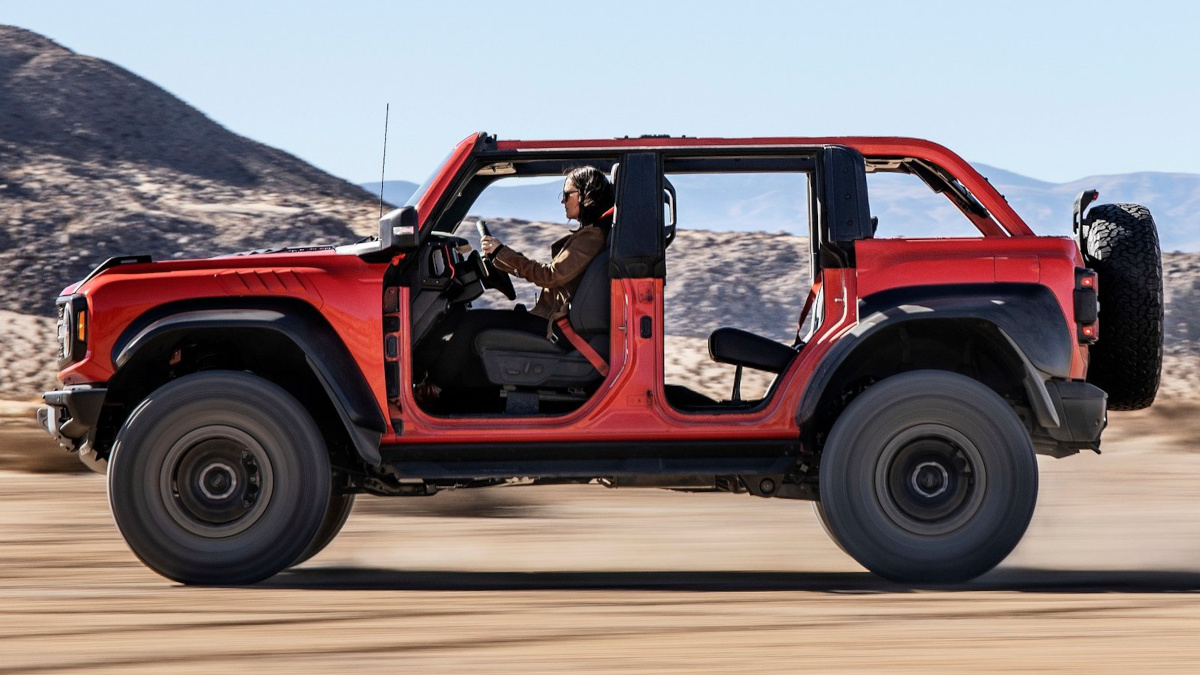 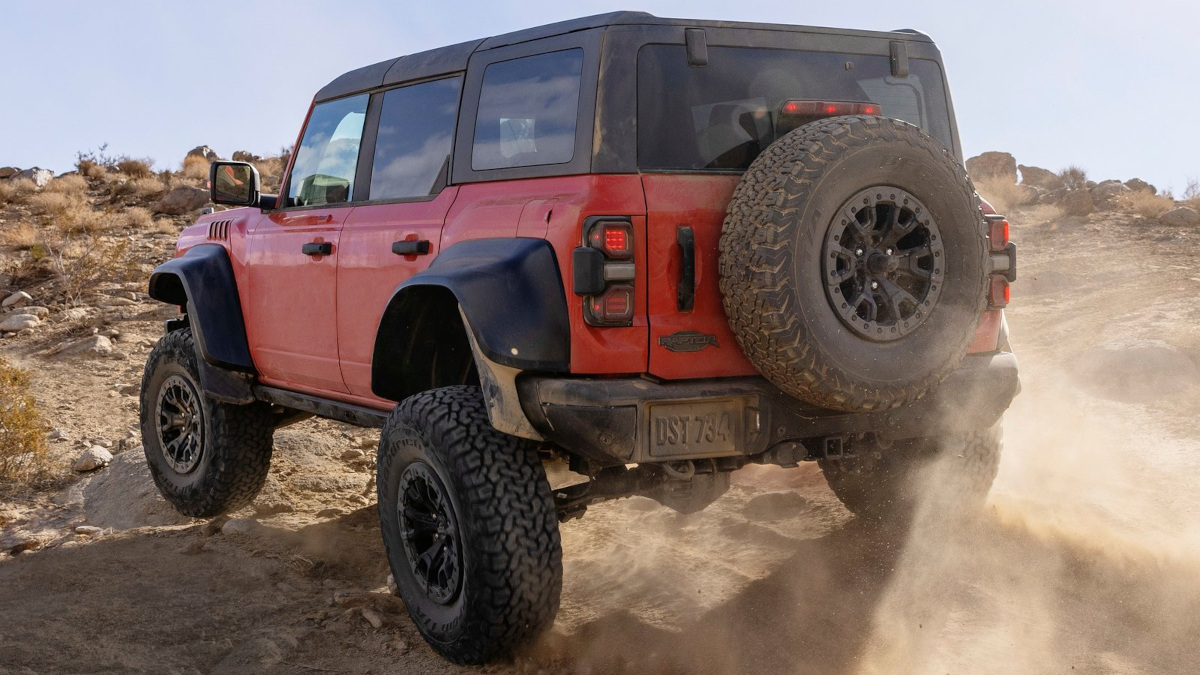 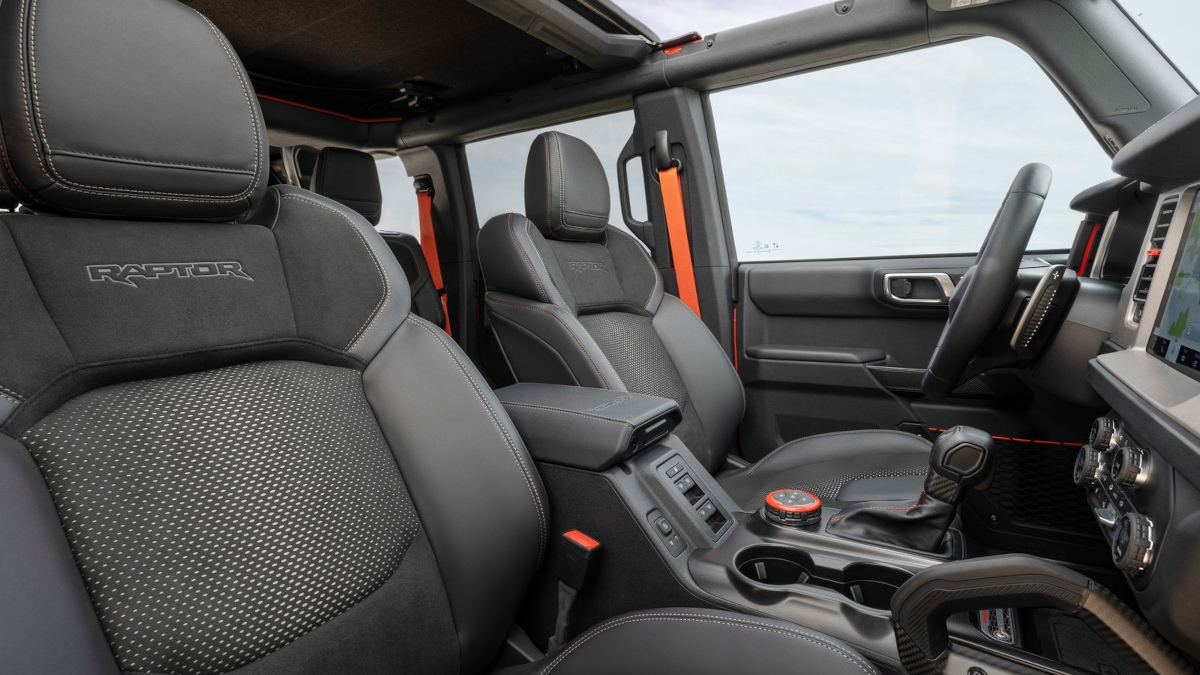 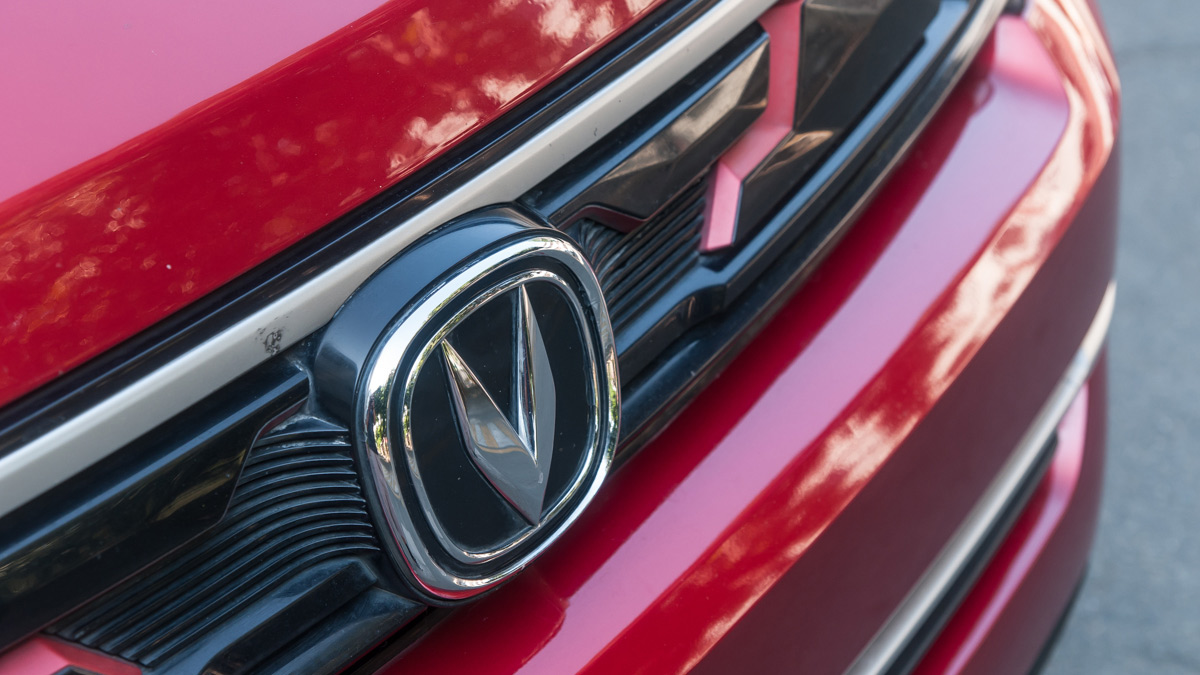 Changan PH is offering up to P105k in discounts until February 15
View other articles about:
Recommended Videos
Read the Story →
This article originally appeared on Topgear.com. Minor edits have been made by the TopGear.com.ph editors.
Share:
Retake this Poll
Quiz Results
Share:
Take this Quiz Again
TGP Rating:
/20