With the 631hp Cayenne Turbo GT, Porsche reasserts its mastery of the super-SUV genre

Sit right down, pretenders
by Ollie Kew | Jul 4, 2021
CAR BRANDS IN THIS ARTICLE

Oi, you. Yeah, you lot. Audi, Bentley, Lamborghini, Aston Martin. You there, with your 500-600hp super-SUVs. Porsche wants a word with you.

It seems our pals in Stuttgart are a trifle upset that everyone’s forgotten it was they—not their Bentley or Lamborghini cousins, nor the likes of Aston Martin, Land Rover, or Rolls-Royce—that made the OG super-SUV. The Cayenne Turbo, way back in 2002. 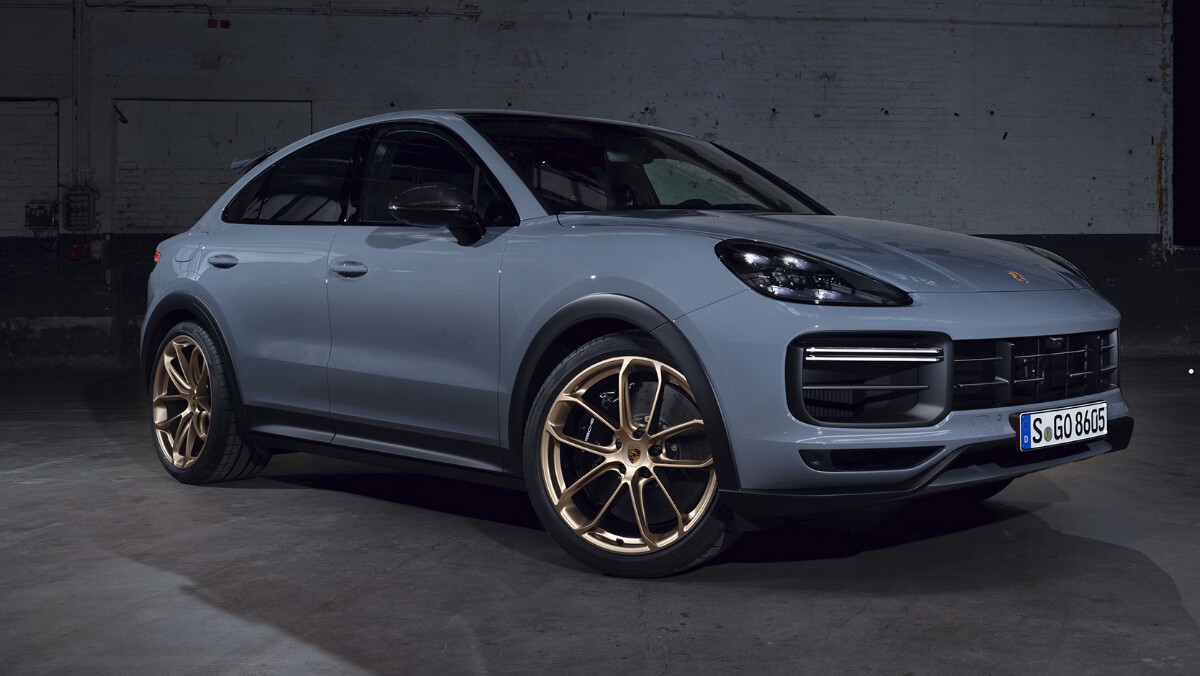 And what do you expect Stuttgart to do about that? Sit back and watch while its VW Group stablemates and suave rivals swarm around to carve up its kingdom? Nein. Porsche’s gotten angry, and built a hyper-Cayenne. Welcome to the new Cayenne Turbo GT. Look, it’s got an alcantara steering wheel with a yellow blob at the top. You know it means business.

Available exclusively in chopped-roof four-seat ‘Coupe’ flavor, the Turbo GT isn’t quite as powerful as the semi-electric Cayenne Turbo S e-Hybrid, but it’s got 631hp of 4.0-liter bi-turbo V8 fury and no batteries to lug around or charge up, so who’s counting? Torque is up from a Cayenne Turbo’s pathetic 769Nm to a respectable 849Nm. Porsche casually mentions the eight-speed automatic gearbox has been ‘uprated’ in response to this mighty power. We presume this means ‘it’s now made out of diamonds.’ 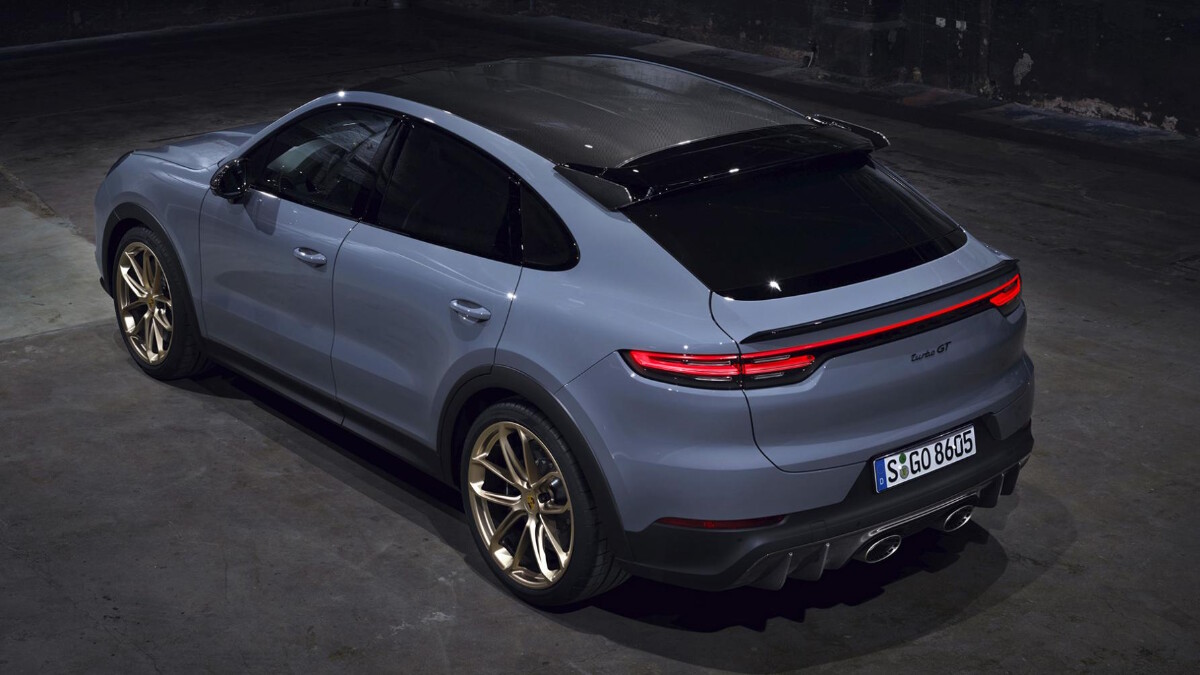 The V8 itself is more than a remapped boost monster: It’s been treated to a new crankshaft, pistons, rods, and even a burlier timing chain. It breathes out of a bespoke titanium center-exit exhaust with less muffling than a standard Cayenne. Grrrr, et cetera.

How fast? Very fast. Despite its carbon roof and lightweight exhaust, the Turbo GT ain’t going to be a feather, but it still goes from 0-100kph in a daft 3.3sec. That’s 0.6sec quicker than a Cayenne Turbo. Flat-out, it’s good for a nice, round 300kph. 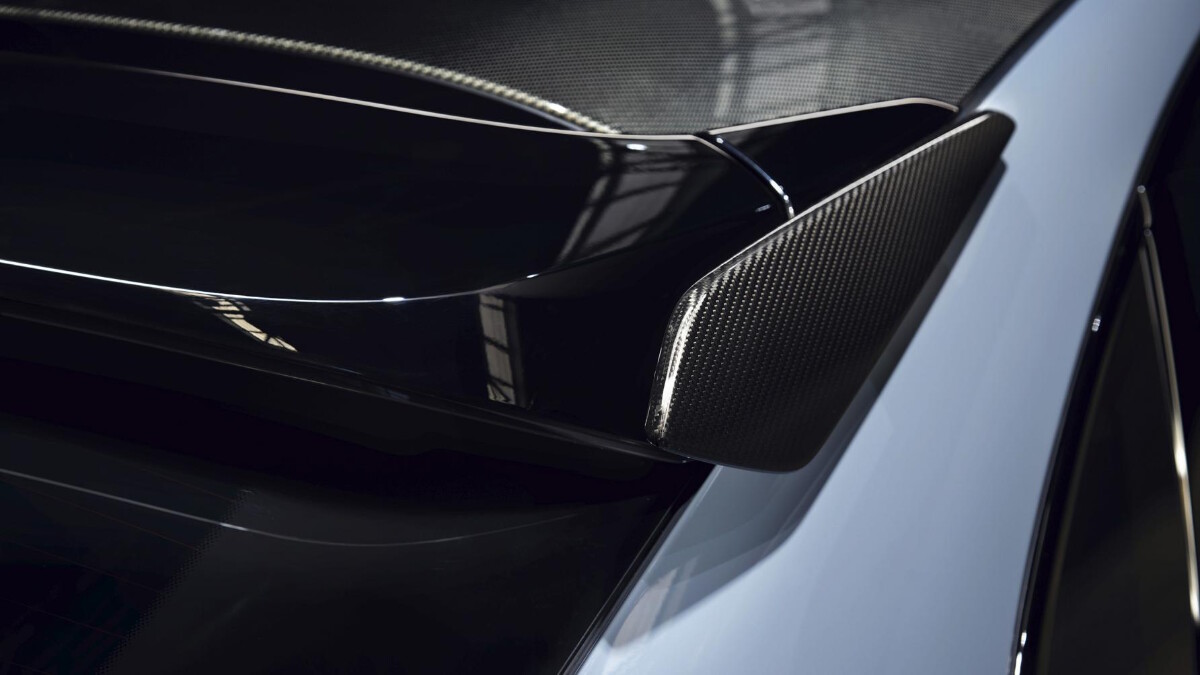 Sure, the Urus and the Bentayga Speed are a few kilometers an hour quicker, but again, who’s really counting? This twin-turbo elephant seal will out-accelerate a 911 GT3 manual, and it’s just set a new SUV lap record around the Nürburgring Nordschleife of 7min 38.9sec...which is basically as quick as a Ferrari 458 Italia.

That pace is thanks to geeky mods like dampers that are 15% stiffer, retuned steering for both front and rear axles, gnarlier anti-roll software, and revamped torque-shuffling differentials. Porsche even thinks the XXL carbon-fiber aero kit adds 40kg of downforce at Vmax. Good to know. Brakes, we’re relieved to hear, are carbon-ceramic giants as standard. They live behind 22-inch rims clothed in wider tires. 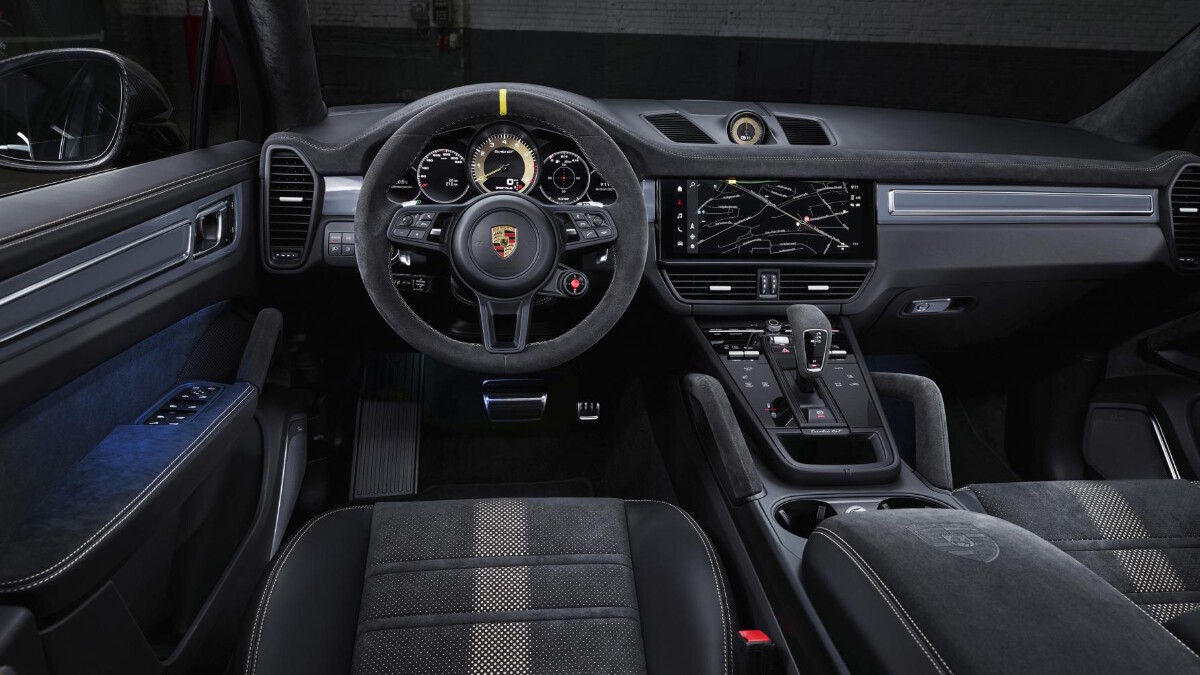 Inside, you get Porsche’s latest and greatest infotainment screen, swathes of contrast cotton thread, and the aforementioned alcantara-wrapped tiller. 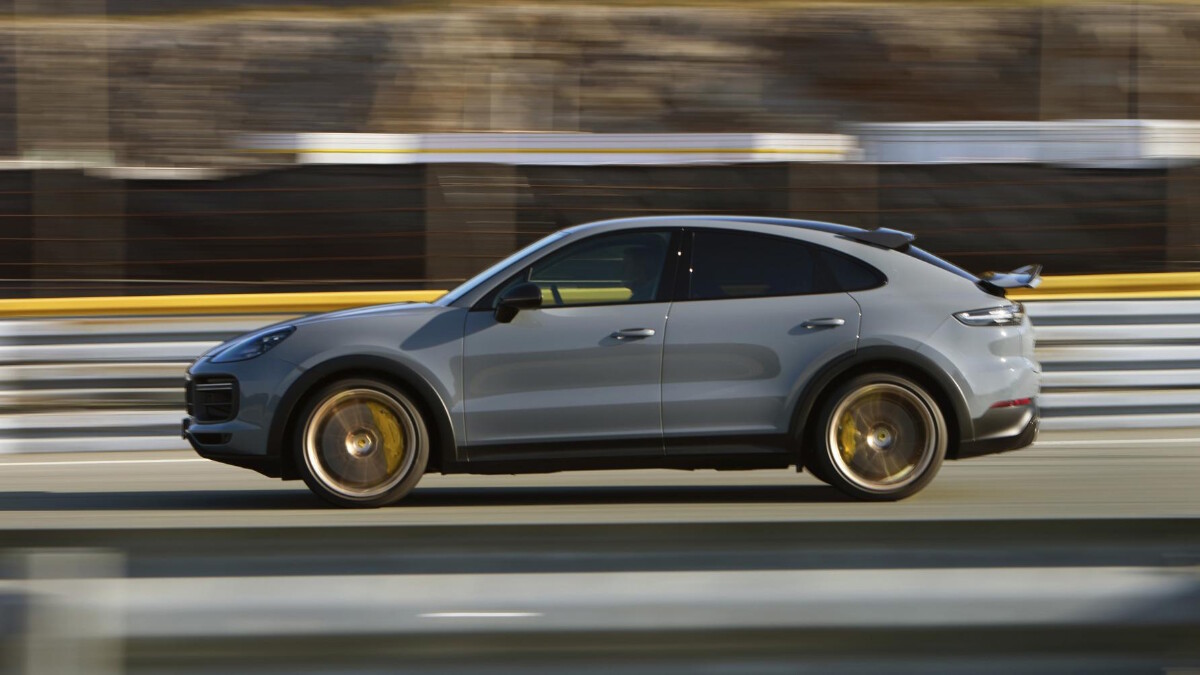 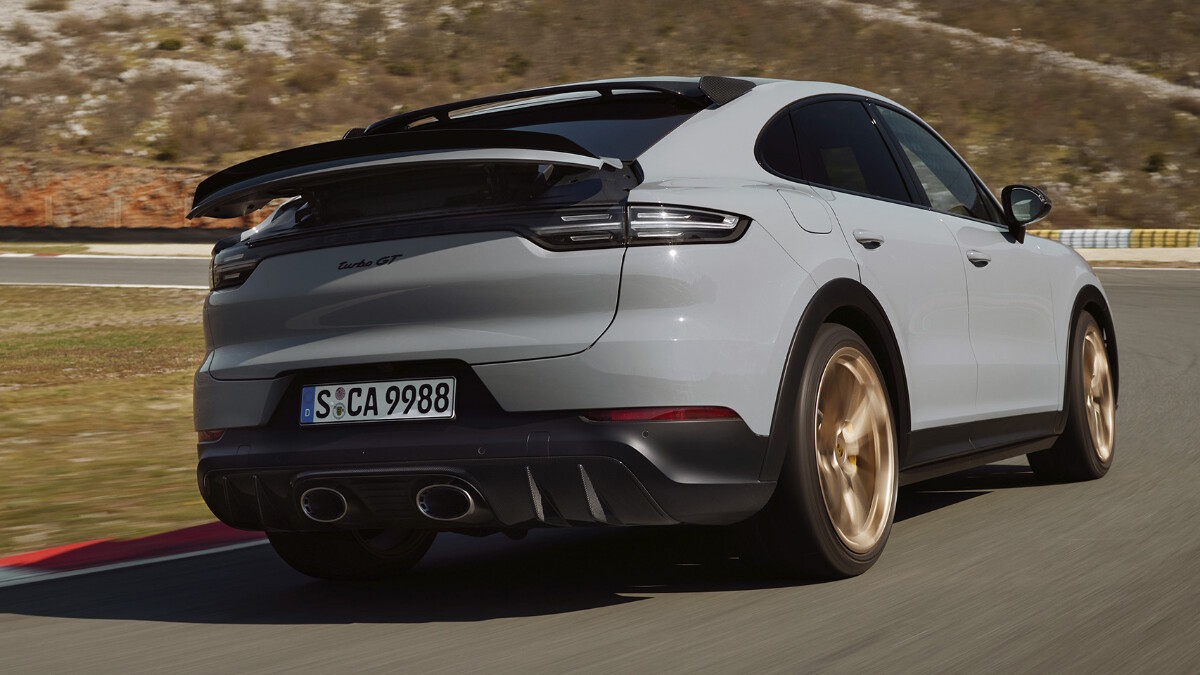 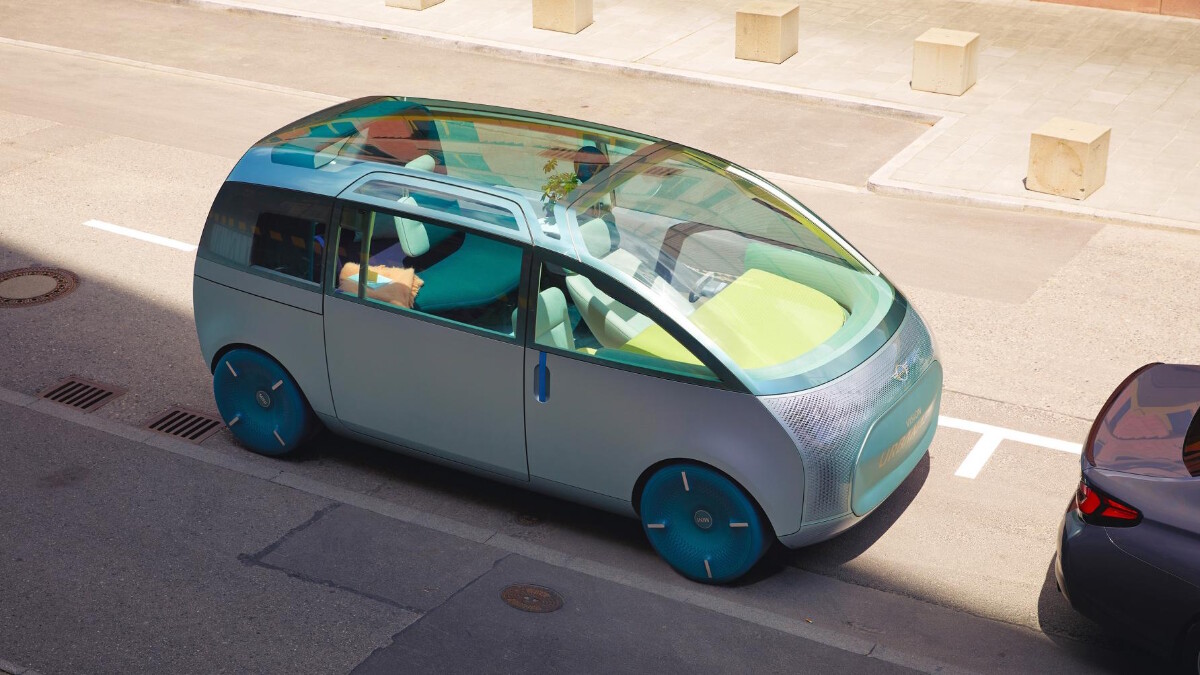 Mini’s Vision Urbanaut has three ‘drive modes’—and only one is for driving
View other articles about:
Read the Story →
This article originally appeared on Topgear.com. Minor edits have been made by the TopGear.com.ph editors.
Share:
Retake this Poll
Quiz Results
Share:
Take this Quiz Again
TGP Rating:
/20