They're coming to PH soon
by Paulo Rafael Subido | Dec 4, 2014
CAR MODELS IN THIS ARTICLE 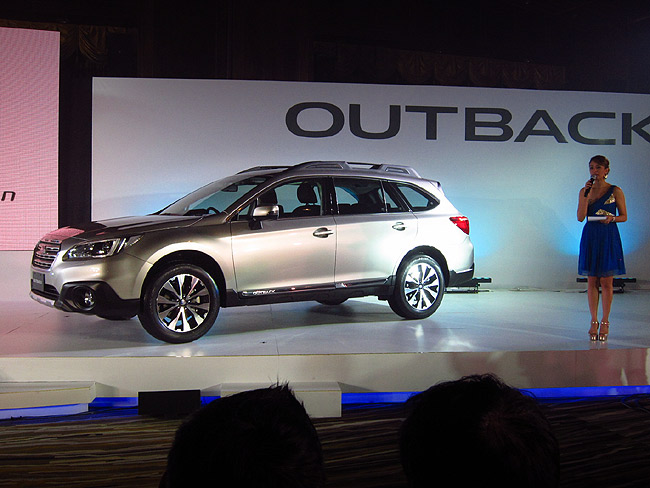 The food isn't the only thing that's spicy in Bangkok. The latest iterations of the Outback crossover and the Legacy sedan were launched last week, and Top Gear Philippines was there to witness it.

There's an obvious shift toward a more premium feel with both models, and it shows immediately. Do note that the Outback is Subaru's flagship model, and plenty is riding on its success.

Glenn Tan, executive director of Tan Chong International, the group behind Motor Image, which is the official distributor of Subaru in the ASEAN region, said: "Our focus is the Outback. We want it to be a premium SUV, because the previous model wasn't so premium. This new model is a big jump from the old one, and we hope to appeal to customers who previously didn't consider our brand."

We agree that the cars have indeed leveled up when it comes to interior materials and build quality. But sadly for wagon lovers like us, there's no word if the wagon version of the Legacy will be made available. Anyway, Philippine specs and prices aren't final yet, but here are the powerplants and features that were presented to us:

The Legacy 2.5i-S has a 2.5-liter, third-generation, horizontally opposed, four-cylinder boxer engine under the hood. This version has a longer stroke, which helps in improving overall fuel efficiency. Power is rated at 175hp, with 235Nm at 4,000rpm. And then there is the big-gun option for the Legacy. This 3.6R version has a 3.6-liter, six-cylinder, flat-six boxer. Grunt is rated at 260hp and 350Nm.

The Outback will only be available in 3.6R guise. It is the bad boy, after all.

Neither the Legacy nor the Outback will have turbochargers, however. We asked Fuji Heavy Industries senior project general manager Masayuki Uchida why this was so, and he said that the focus for the Legacy and the Outback is the use of a naturally aspirated (NA) engine. "This helps with the feeling and quality of driving," said Uchida-san. According to him, an NA engine is more suitable and matches the concept of the Legacy and the Outback better. Those looking for the kind of neck-snapping acceleration will have to get that fix from the WRX and the STI instead.

Keeping things in control are Subaru's symmetrical all-wheel-drive technology. Torque-vectoring and vehicle dynamics control were also showcased. The Outback comes with X-Mode, which is an off-road nanny of sorts that automatically gets you through tough, low-traction obstacles.

After the launch, a makeshift autocross course was our playground for the afternoon, where we got to test the agility of both cars in a quick slalom and double-lane-change section, with the addition of short off-road "jungle" course especially made for the Outback. As Uchida-san pointed out, the Legacy does have a more pliant ride that is similar to what is expected from the executive sedan class. We are even under the impression that it will suit American tastes very well with its excellent ride comfort.

We followed the instructions of the driving instructors and did the double-lane-change maneuver with our foot off the gas pedal the whole time--using zero throttle isn't something that we would do during an emergency maneuver--and yet the all-wheel-drive system kept us on point. Not bad. Later on during the day, we experienced a torrential downpour. This made the autocross course nice and slippery, and provided us with the perfect condition to really test the Outback and the Legacy. Both cars were unfazed, just as expected.

Like Uchida-san emphasized during our interview, the Legacy and the Outback aren't all about the numbers and performance figures. It is about the feeling that both cars can give you. Even with that very short drive, we can say that luxury and driving confidence are delivered in spades. We will have to wait until the Philippine launch at the 2015 Manila International Auto Show before we can give you a more in-depth review. 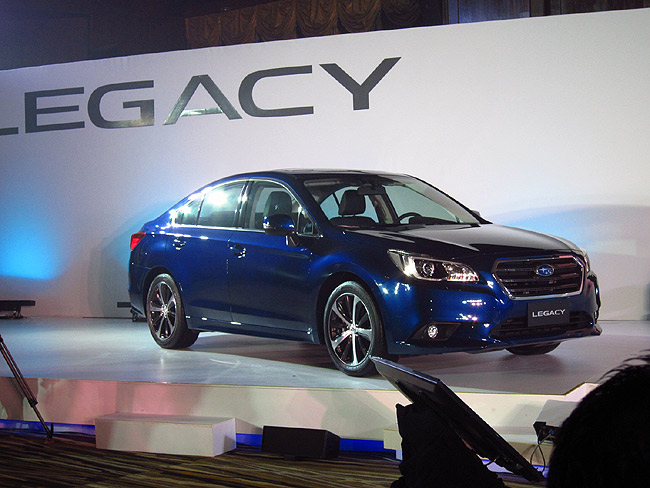 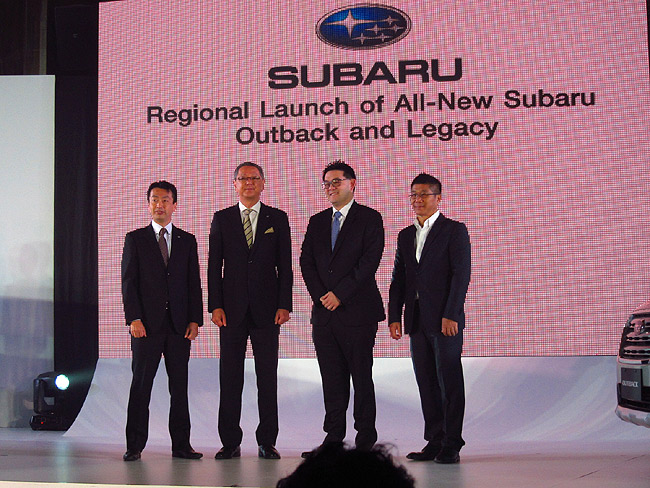 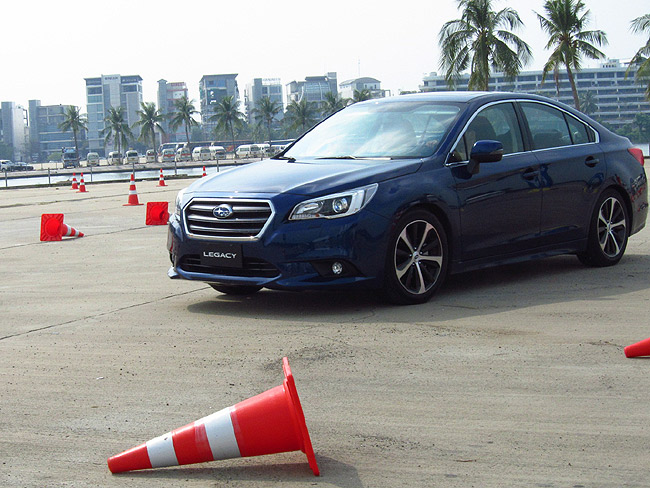 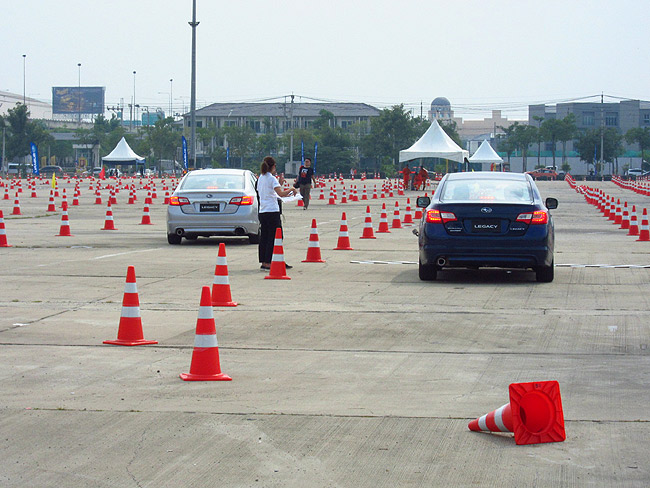 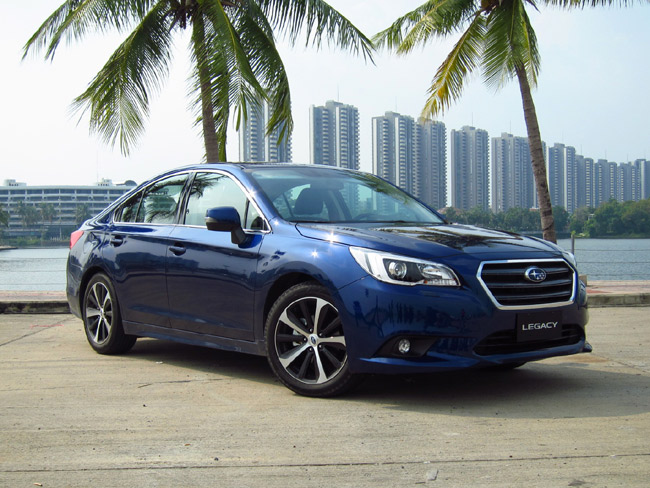 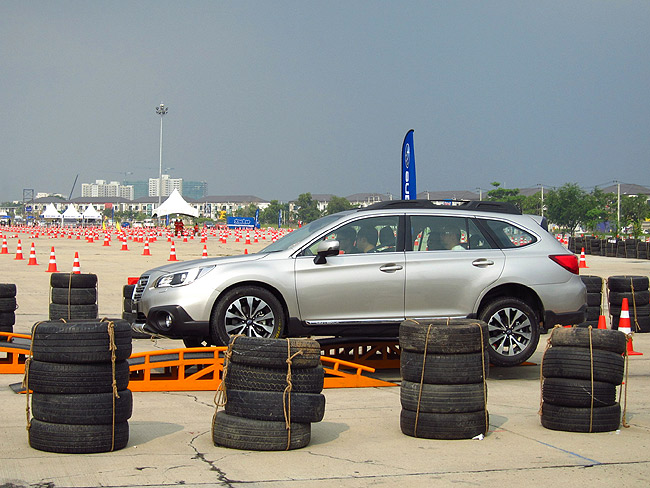 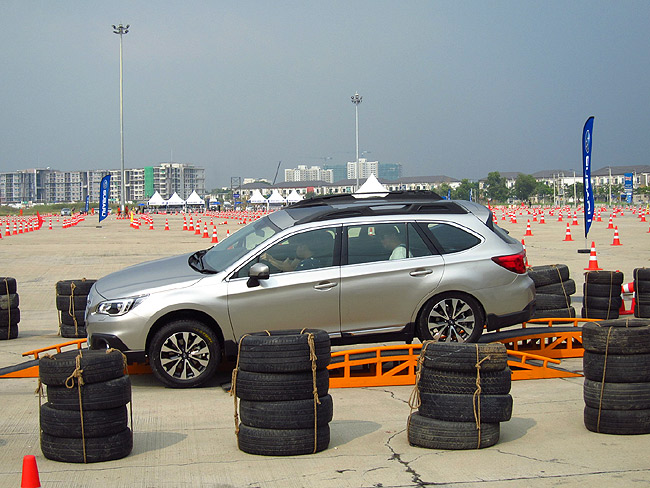 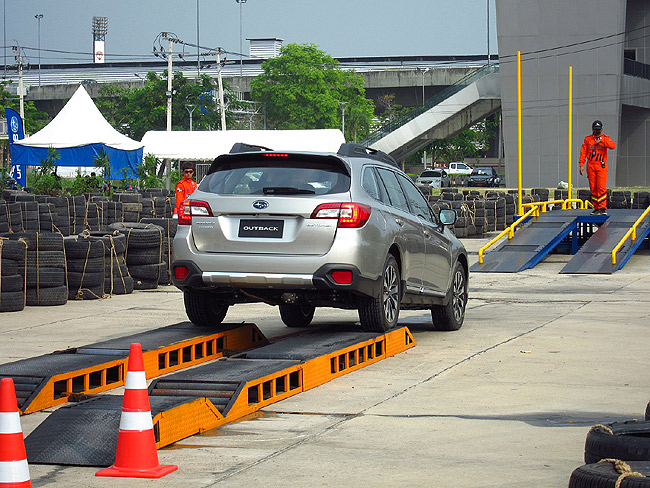 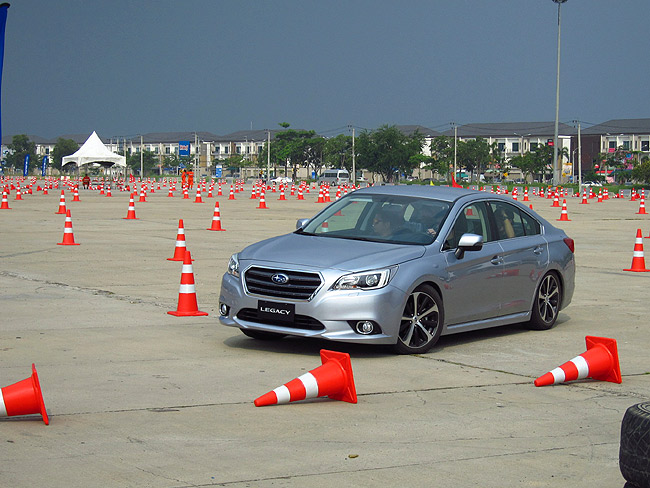 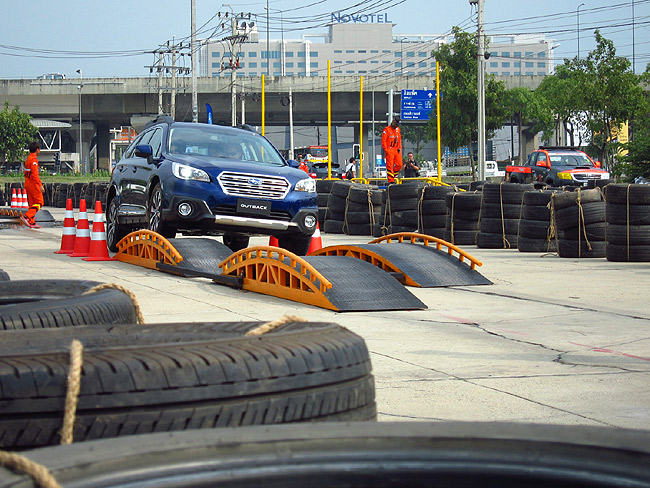 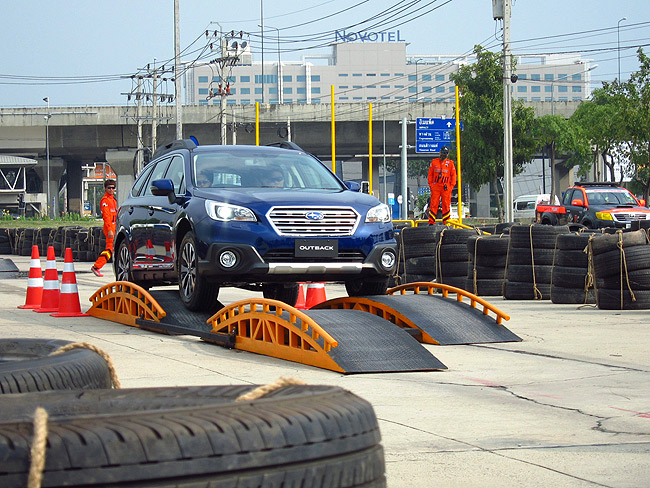 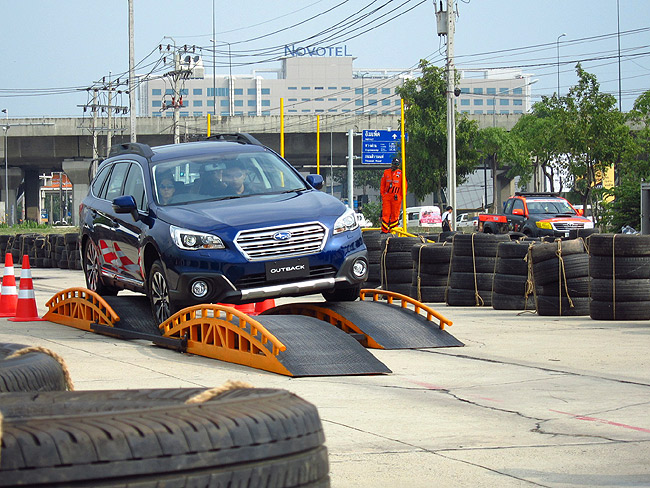 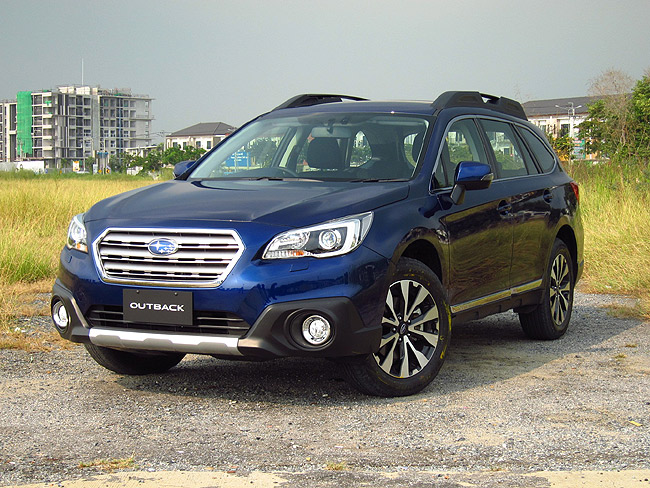 Insider explains why Toyota is ending manufacturing in Australia
View other articles about:
Recommended Videos
Read the Story →
This article originally appeared on Topgear.com. Minor edits have been made by the TopGear.com.ph editors.
Share:
Retake this Poll
Quiz Results
Share:
Take this Quiz Again
TGP Rating:
/20