See the specs and the prices
Apr 30, 2014
CAR BRANDS IN THIS ARTICLE 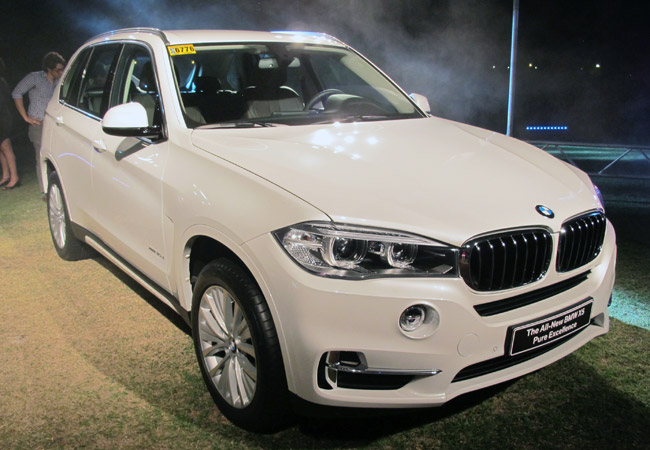 Asian Carmakers Corporation, the authorized distributor of BMW vehicles in the Philippines, has launched the all-new X5, the third-generation model of the German carmaker's so-called sports activity vehicle.

"The all-new BMW X5 is an all-around package designed to meet even the most exacting and varied demands," said ACC president Maricar Parco. "The reintroduction of the X5 to the Philippine market further showcases our commitment to continue innovations to provide sheer driving pleasure that is unmistakably BMW. It is for this very reason that BMW remains number one in the segment not only in the Philippines, but in the world as well."

The all-new X5's silhouette is defined by its short front overhang, long wheelbase, upright A-pillars, and the short distance between the front axle and the instrument panel. Its front apron, with its side air intakes positioned far to its outer edges, emphasizes its wide track and planted stance. Its underbody protection elements, meanwhile, is a nod to its robust and versatile character.

The new X5 also boasts drag-reducing air curtains that guide the air around the wheel arches, creating an air curtain over the wheels before escaping through the air breathers in the side panels. Other drag-reducing elements of the X5 are its active upper and lower front air flap control, air breather system, and vertical aero blades at the rear window.

According to ACC, the X5's interior "is both elegant and generously sized," with the horizontal layout underlining the broad sweep of the instrument panel and the amount of space available in the cabin. In addition, the ambient lighting accentuates the visual unity between the instrument panel and the door panels, with LED units arranged in a wraparound contour line and spread throughout the interior.

The latest X5 also sports a split tailgate, with its lower element capable of being folded down horizontally to form a single level with the load surface. The upper element, meanwhile, can be operated automatically and even opened or closed using the remote control or, at the touch of a button, from the driver's seat.

The X5 xDrive30d is available in three trims: the standard model, which costs P6.49 million, and the Experience and Excellence models, which are both priced at P6.99 million. The difference between the Experience and Excellence, according to ACC, is that the former's B- and C-pillars are in high-gloss black, and it has aluminum satin trim for the side windows, and a matte chrome finish for the tailpipe. The Excellence trim, on the other hand, has black kidney grille bars with high-gloss chrome fronts, T-shaped bars for the outer air intakes, louvers for the lower aperture, chrome trim strip for the rear apron, and chrome adornment for the side windows.

Powering all three models is the same 3.0-liter TwinPower Turbo in-line-six diesel engine rated at 258hp and 560Nm, and with a claimed average fuel consumption of 16.129km/L.

"We at ACC are very proud and are excited to reintroduce the boss of all luxury sports activity vehicles to the Philippine market," Parco added. "With the all-new BMW X5, we are taking luxury and dynamism to a higher level, once again surpassing our own benchmarks and setting a new standard in the luxury SUV segment." 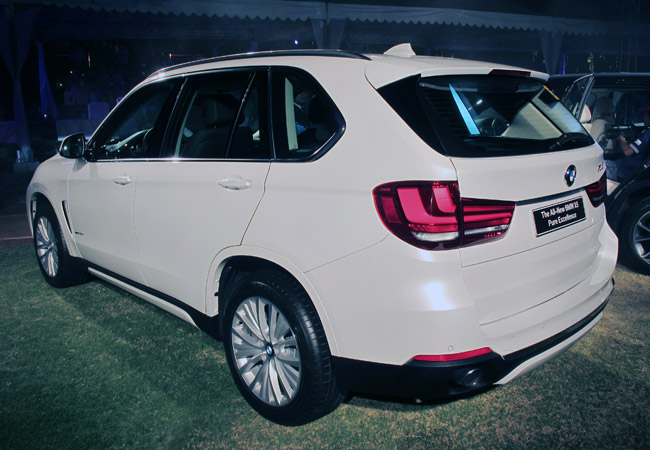 Which of our two covers for May do you prefer: Honda City or Mazda 3?
View other articles about:
Read the Story →
This article originally appeared on Topgear.com. Minor edits have been made by the TopGear.com.ph editors.
Share:
Retake this Poll
Quiz Results
Share:
Take this Quiz Again
TGP Rating:
/20