The Bugatti-Rimac merger is set to electrify the hypercar realm

Car biz news doesn’t get any juicier than this. The rumors were true—Rimac and Bugatti are combining forces to form a new company, Bugatti Rimac. According to Mate Rimac, the man on course for full world domination, both companies have agreed to “pool our knowledge, technologies and assets with the goal of creating very special projects in the future.”

In a nutshell, Bugatti and Rimac will both continue as separate brands, retain their existing factories and distribution networks—so no Bugatti-Rimac badged hypercars on the horizon. This new Bugatti Rimac company will be tasked with developing the future of both Bugatti- and Rimac-badged vehicles by combining resources and expertise.

The joint venture will directly employ 430 people when it all kicks off at the end of 2021—300 at the new Bugatti Rimac headquarters in Zagreb (on the recently announced Rimac Campus) and 130 at the Bugatti HQ in Molsheim, France. Now and in the future, Bugattis will be built in Molsheim, and both Rimac and Bugatti will continue to produce the Nevera and the Chiron, respectively, for the foreseeable future...leaving one elephant-sized question in the room. What’s next? 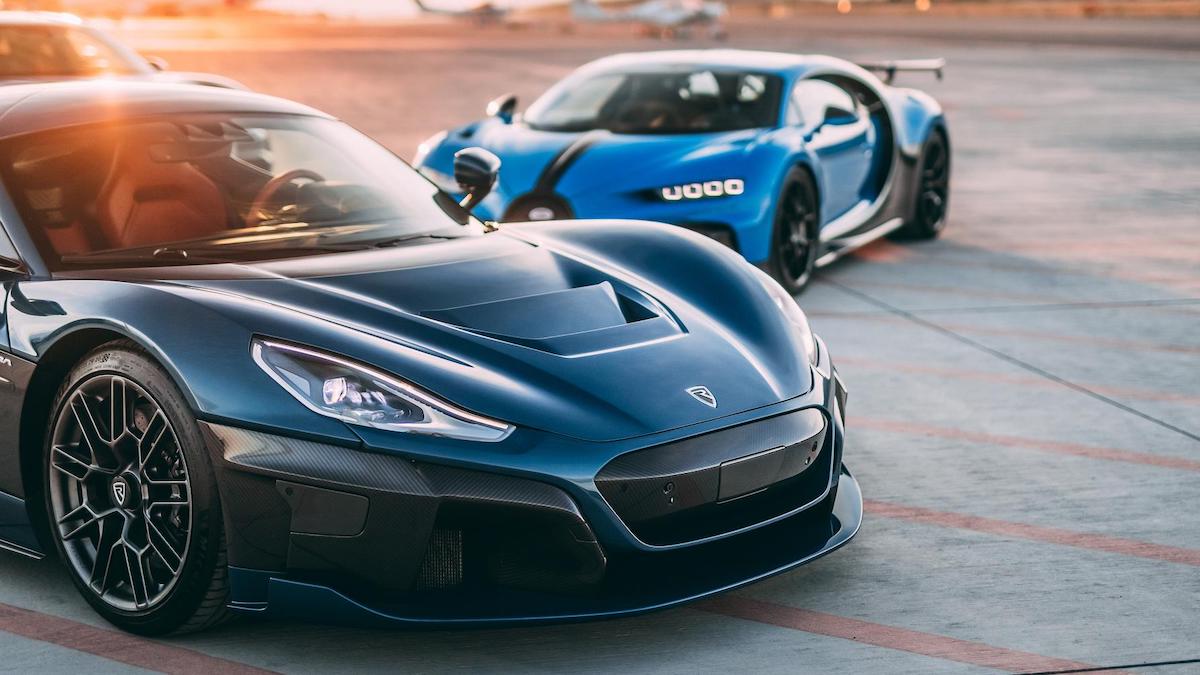 Post-Chiron and its derivatives, Bugatti going all-electric feels the obvious conclusion, but that won’t be the full story: “We will not simply be putting Bugatti badges on a Nevera, and we will not just be adding hybrid technology to the Chiron. We are developing something all-new for Bugatti,” says Mate Rimac.

More specifically, he has confirmed that the combustion engine will live on in an all-new Bugatti model that we’ll see before the end of the decade. It will be heavily hybridized, he adds, and be sold alongside a second Bugatti model line that will be fully-electric. We’ll see both before 2030.

“Bugatti’s history means we can make more than just hypercars. There is an opportunity here to make some very exciting cars,” Rimac explained, with a huge grin. It’s ridiculously exciting stuff, but this announcement was more about the structure of the companies. So, here come the numbers… 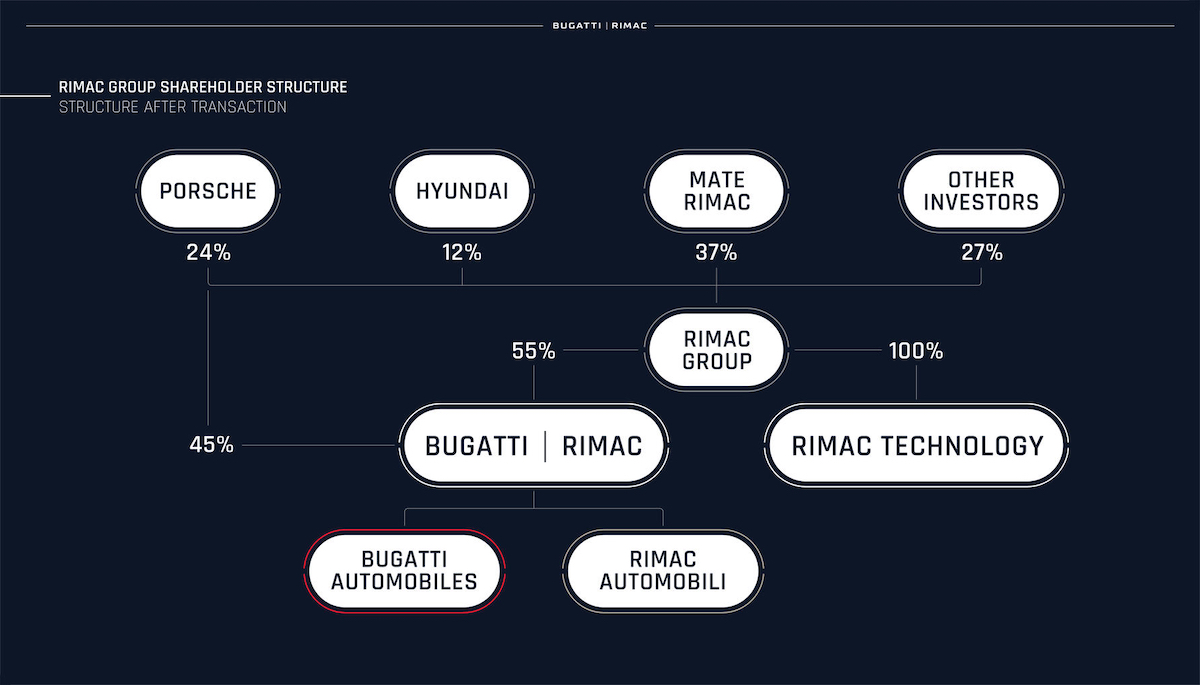 It’s not as simple as ‘Rimac buys Bugatti,’ of course—in fact, no money has changed hands. A newly formed Rimac Group (37% owned by Mate Rimac, 24% by Porsche, 12% by Hyundai Motor Group, and 27% by other investors) is the umbrella company for both Bugatti Rimac (55% owned by Rimac Group and 45% by Porsche) and Rimac Technology (100% owned by the Rimac Group). Rimac Technology therefore remains a fully-independent company that will continue to work with the who’s who of global car companies on EV powertrains, batteries, and components.

As you’ve probably spotted, Porsche is the lynchpin to this whole enterprise, because really, this is a joint venture between Rimac and Porsche. In return for its 45% stake in the new Bugatti Rimac company (on top of the 24% stake it already has in Rimac), Porsche is taking Bugatti off parent company VW Group’s hands and bringing it into the joint venture.

Oliver Blume, chairman of the executive board at Porsche, had this to say: “We are combining Bugatti's strong expertise in the hypercar business with Rimac’s tremendous innovative strength in the highly promising field of electric mobility. Bugatti is contributing a tradition-rich brand, iconic products, a loyal customer base, and a global dealer organization to the joint venture. In addition to technology, Rimac is providing new development and organizational approaches.” 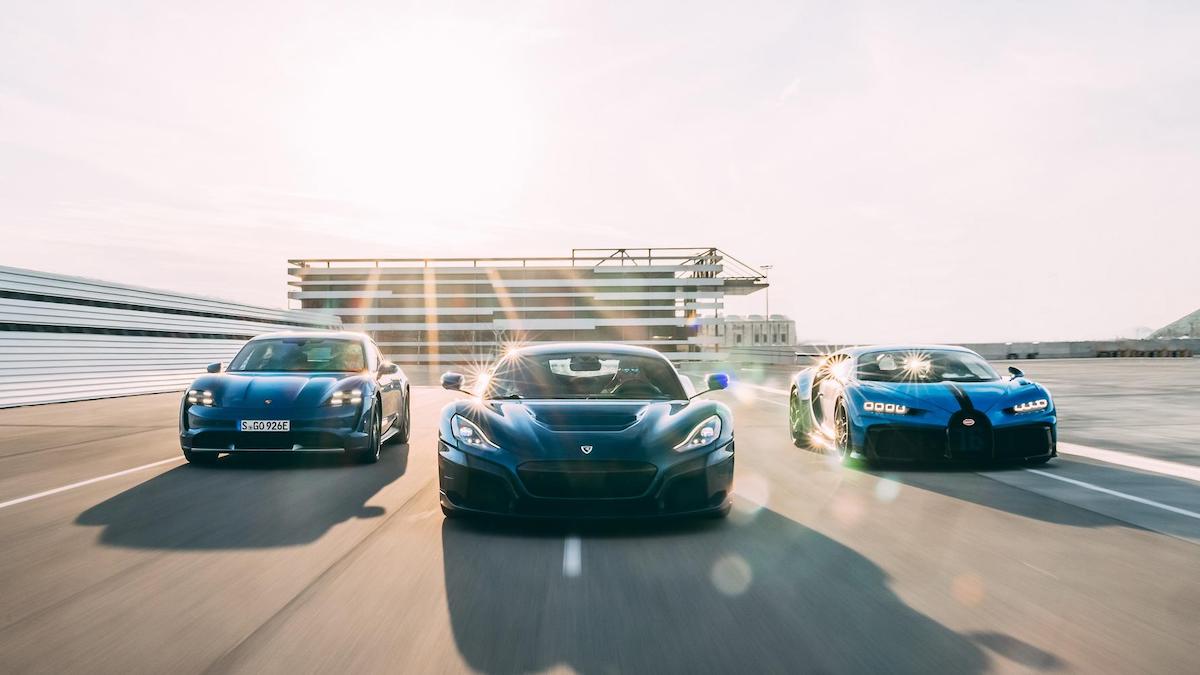 Some canny maneuvering from the VW Group, then. By offloading an R&D-heavy, profit-light business like Bugatti, it can focus on its more lucrative mass-production brands, and the full-scale transition to electric cars, but also share in Bugatti’s future profits through Porsche...while positioning Porsche perfectly to benefit from Rimac’s electric know-how, and let that technology trickle down to other VW Group companies like Audi and Lamborghini, where appropriate.

Mate Rimac, meanwhile, a 33-year-old man who only founded Rimac Automobili in 2009, finds himself the CEO of the Rimac Group and running both Bugatti Rimac and Rimac Technology. Busy boy. Over to Mate: “This is a truly exciting moment in the short yet rapidly expanding history of Rimac Automobili. We have gone through so much in such a short space of time, but this new venture takes things to a completely new level.

“Rimac and Bugatti are a perfect match in terms of what we each bring to the table. As a young, agile, and fast-paced automotive and technology company, we have established ourselves as an industry pioneer in electric technologies. With the Nevera, we have also proven that we can develop and manufacture outstanding hypercars that are not only fast but also exciting and high-quality. Bugatti, with over a century of experience in engineering excellence, also possesses one of the most exceptional heritage of any car company in history. 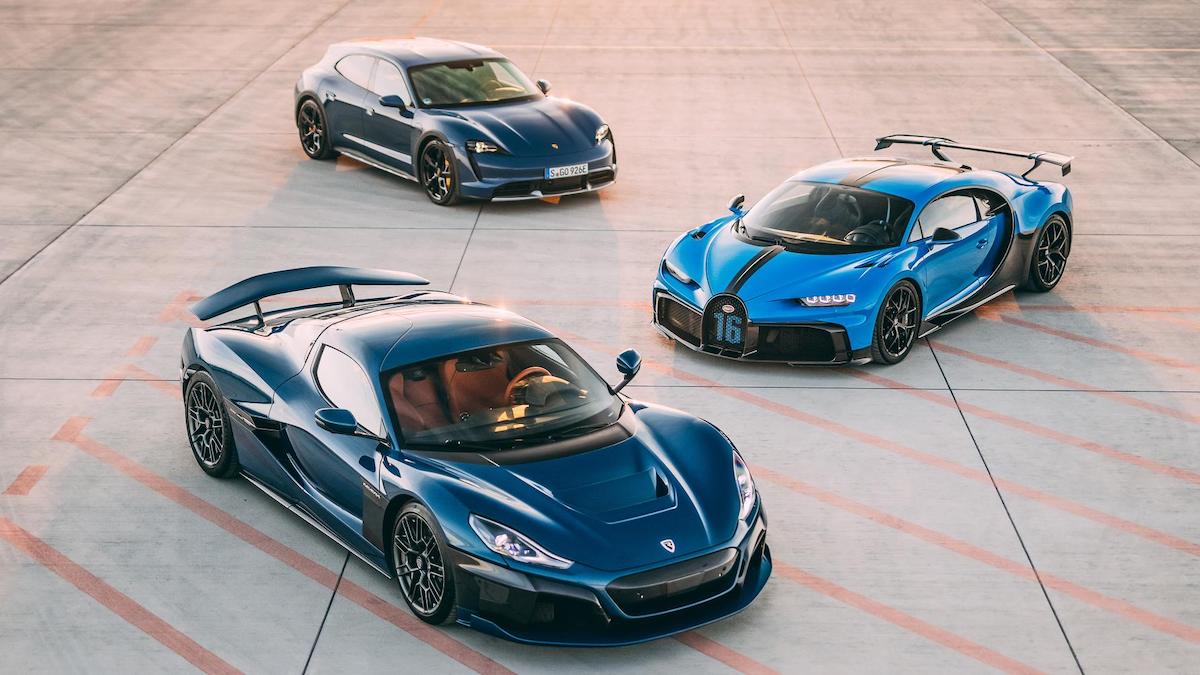 “We have just launched our latest hypercar—the Nevera—to universal global acclaim. So I can’t begin to tell you how excited I am by the potential of these two incredible brands combining knowledge, technologies, and values to create some truly special projects in the future.”

Many many questions remain, of course, and we’ll bring you more as we have it. But what do you think? A win-win all around? Let us know in the comments. 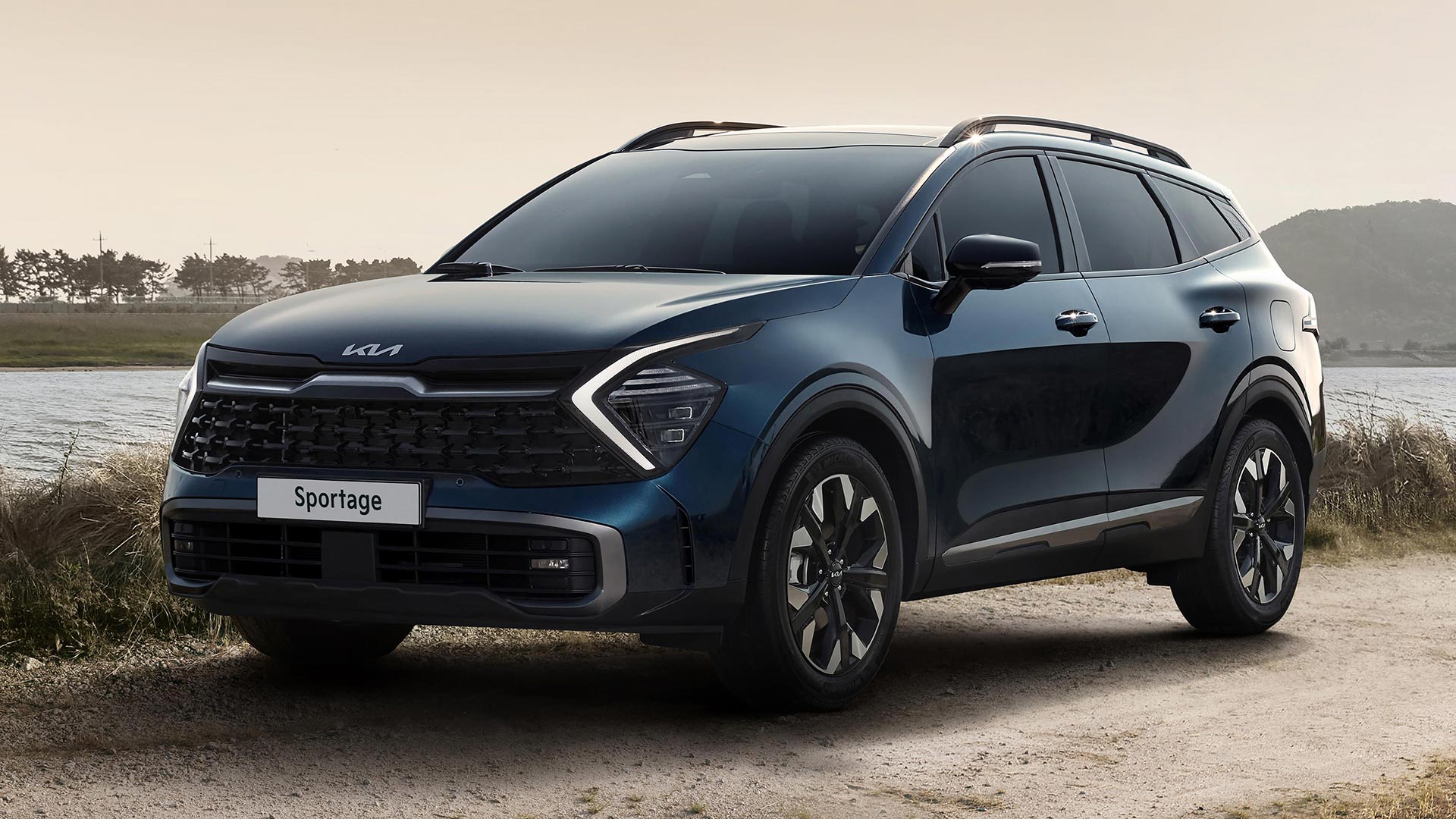 The all-new Kia Sportage will still be available with both gasoline and diesel engines
View other articles about:
Read the Story →
This article originally appeared on Topgear.com. Minor edits have been made by the TopGear.com.ph editors.
Share:
Retake this Poll
Quiz Results
Share:
Take this Quiz Again
TGP Rating:
/20