Big news from this week
by TopGear.com.ph | Feb 6, 2022
CAR BRANDS IN THIS ARTICLE 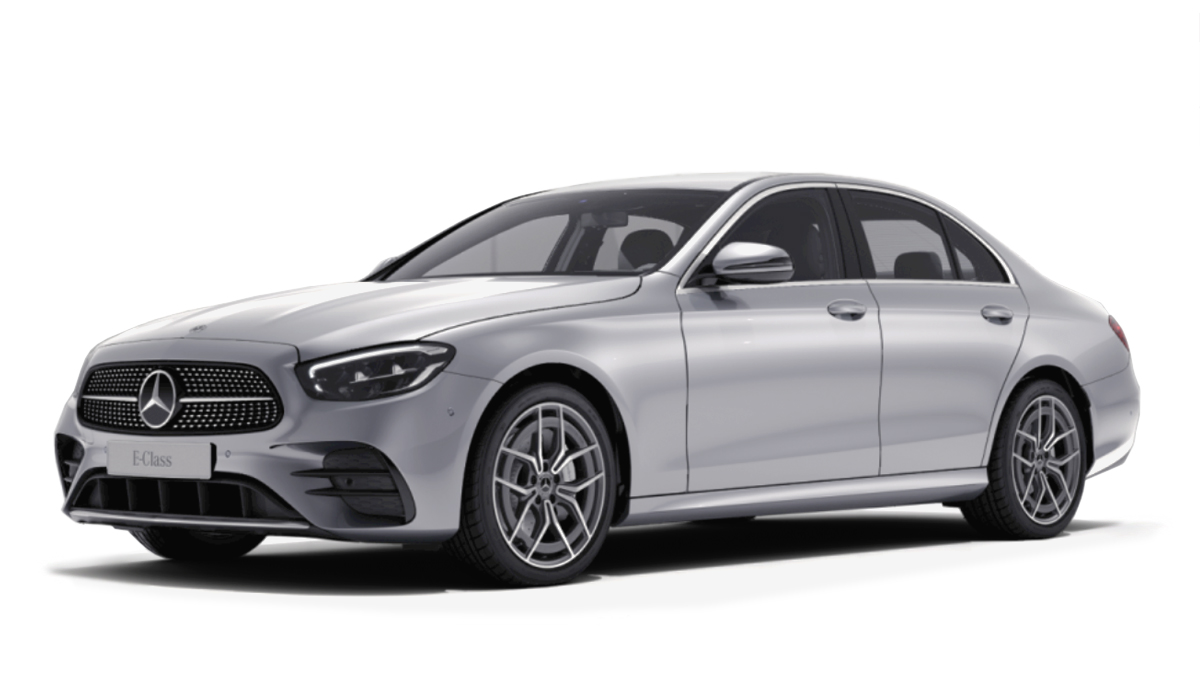 The Toyota Raize is finally in PH 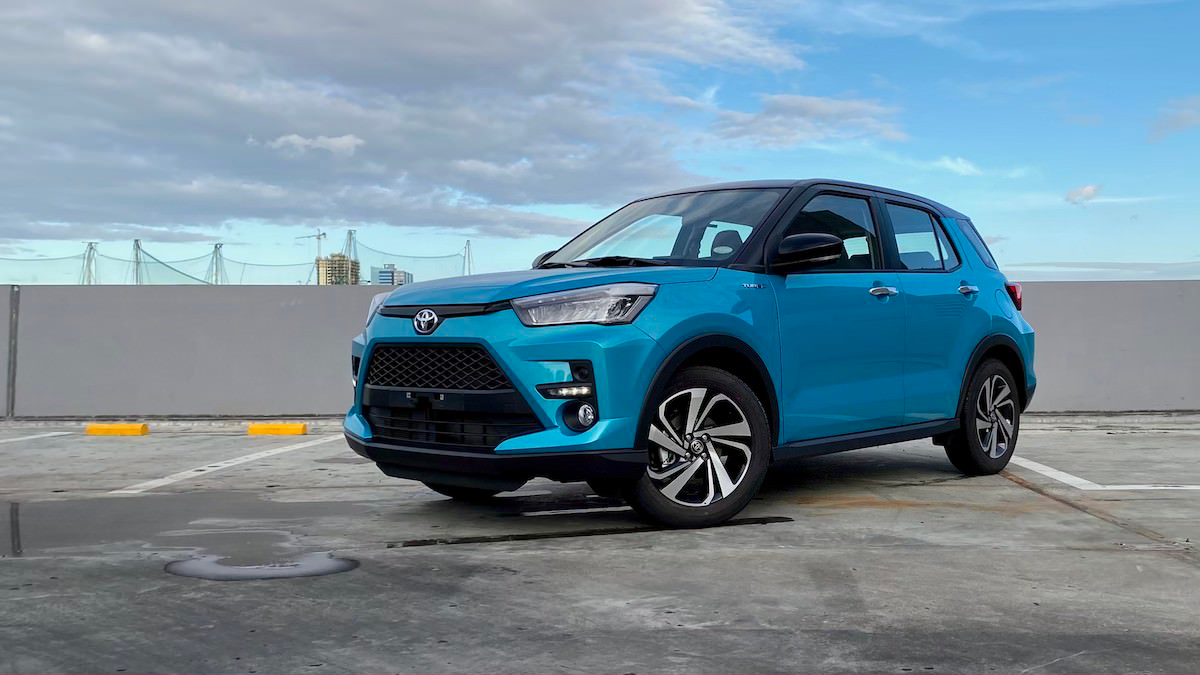 “When the Toyota Raize was first revealed to the world in late 2019, it immediately looked like a car that made sense for the Philippine market.

“With the Raize, the Japanese carmaker chose to go with a compact form factor ideal for tight urban settings, but still managed to make the most of what little space was available. The powertrain options leaned more towards practicality than anything else, and the fact it carried arguably the most trusted badge in the industry was definitely a selling point, too.

“At the time, though, all we had to go on was what was available over in Japan. This is no longer the case, as Toyota Motor Philippines (TMP) has finally introduced the subcompact crossover to local buyers. Let’s break down what’s been launched in our market.

“Locally, the Toyota Raize starts at a pretty attainable P746,000 and tops out at just over a million pesos. Four variants are available, so there’s some flexibility when it comes to cost as well. Check out the official prices and variants below:”

Dubai unveils the world’s fastest and most expensive ambulance 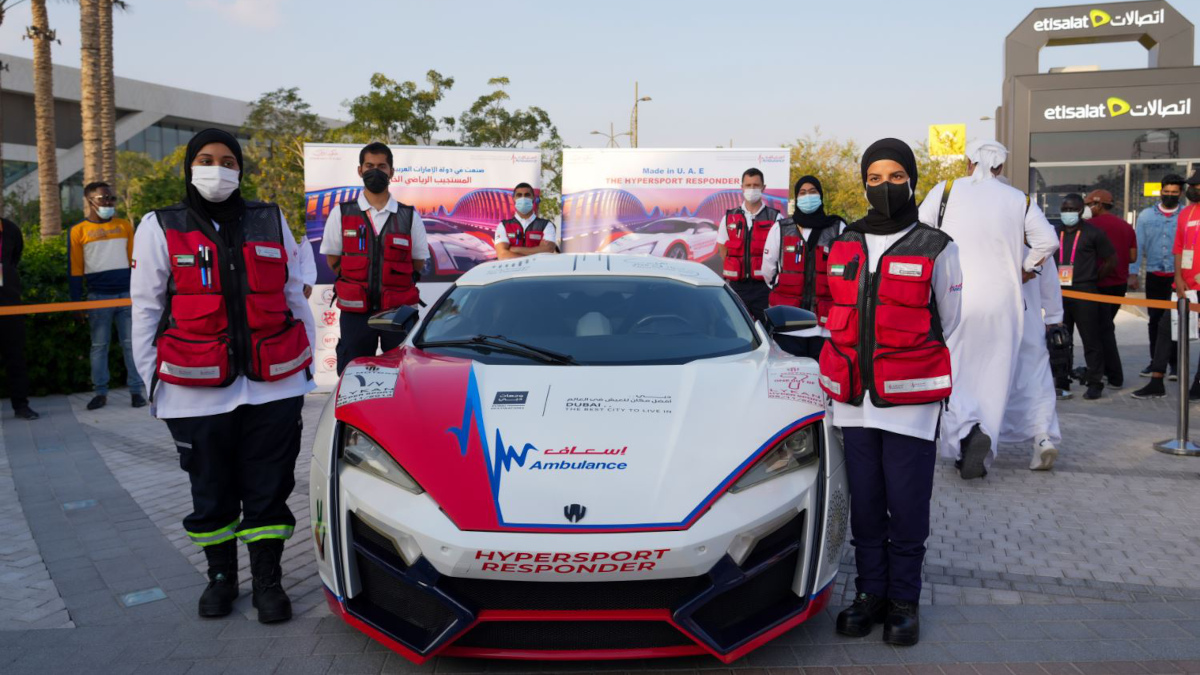 “If you thought Dubai’s obsession with supercar emergency vehicles was limited to its over-the-top police responders, you thought wrong.

“Unveiled by the Dubai Corporation for Ambulance Services (DCAS) at Expo 2020 Dubai, the country says this Lykan HyperSport is the “world’s fastest and most expensive ambulance responder.” Looking at the numbers, it’s hard to argue with that claim.

“There are only seven Lykan HyperSport units on the face of the planet, including this ambulance (and another one that Dubai has turned into a police car). An official press release says this vehicle is valued at 13 million United Arab Emirates dirham. Converted, that’s a ridiculous P180 million.

“For that figure, you’re getting a 3.7-liter twin-turbo that lets this thing dart from 0-100kph in a measly 2.9 seconds. Other features that responders may find useful include diamond-lined headlights, a gold-plated headliner, and gold-stitched leather seats. The exterior also reads: ‘Dubai, the world’s best city to live in.’ Love supercars? Then chances are you agree.”

Want to turn your Toyota Land Cruiser LC200 into an LC300? This is how 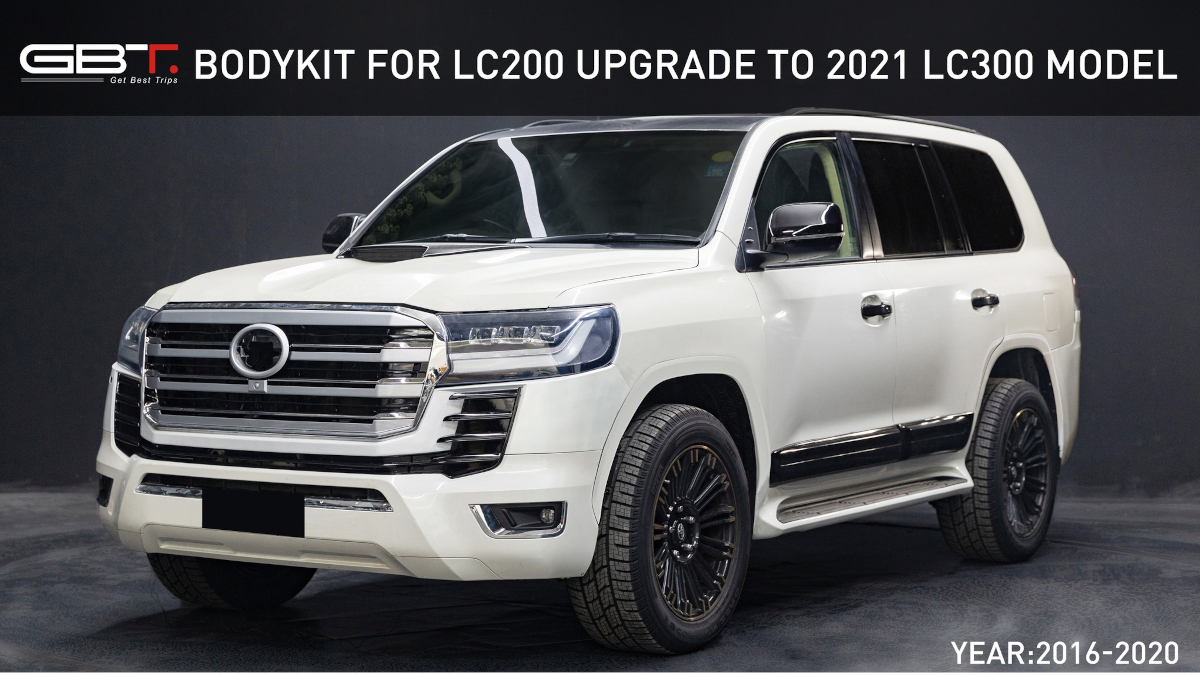 “It was pretty much always a given that the all-new Toyota Land Cruiser LC300 was going to sell well. What we weren’t counting on? That a pandemic was going to throw a wrench in the Japanese carmaker’s supply chain.

“COVID-19’s impact on Toyota’s Land Cruiser production operation is so big, in fact, that the brand has already announced a four-year-long delivery time for the full-size SUV in its home market. Don’t worry if you’re one of the many buyers waiting for units to become available, though, as the aftermarket industry has your back.

“By the looks of it, the package is comprised mainly of new front and rear bumpers, a new grille, and reshaped head and taillights. Frankly, while you can still tell the end result is an LC200 upon closer inspection, you can easily mistake an SUV equipped with this bodykit for the real thing.”

Kia PH will launch the all-new Carnival on February 17 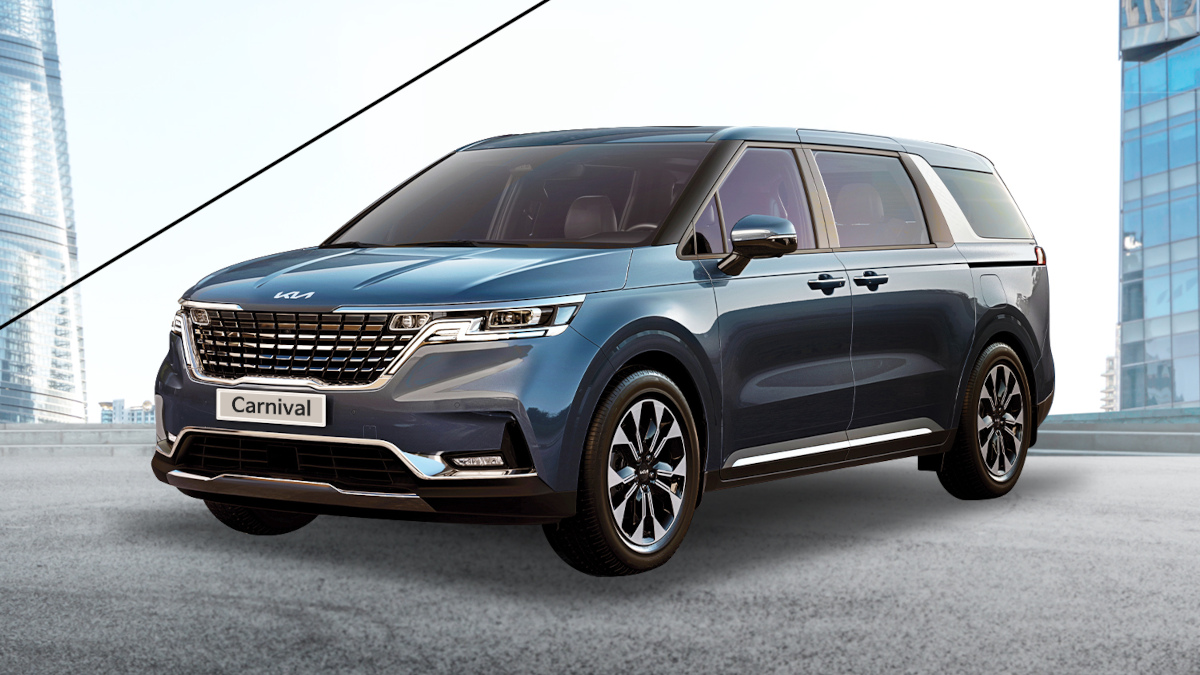 “Those of you searching for a brand-new ride that can fit the whole family might want to hold off for a bit longer, as Kia Philippines has finally revealed the local launch date of the all-new Carnival.

“The South Korean car manufacturer has sent out invitations for the minivan’s Philippine launch on February 17. Nothing else has been revealed regarding the local specifications of the ‘grand utility vehicle,’ though.

“For now, let’s talk about what we do know. The 2022 Kia Carnival features an overhauled aesthetic that provides the model with an exterior sort of akin to that of an SUV. Inside, there’s a relatively premium-looking environment.

“While the vehicle is available in other markets with a variety of different seating configurations (including an 11-seater and one with the usual captain’s chairs in the second row), there’s been no indication yet of what exactly will be made available in our country.

Mercedes-Benz has launched the new E-Class in PH 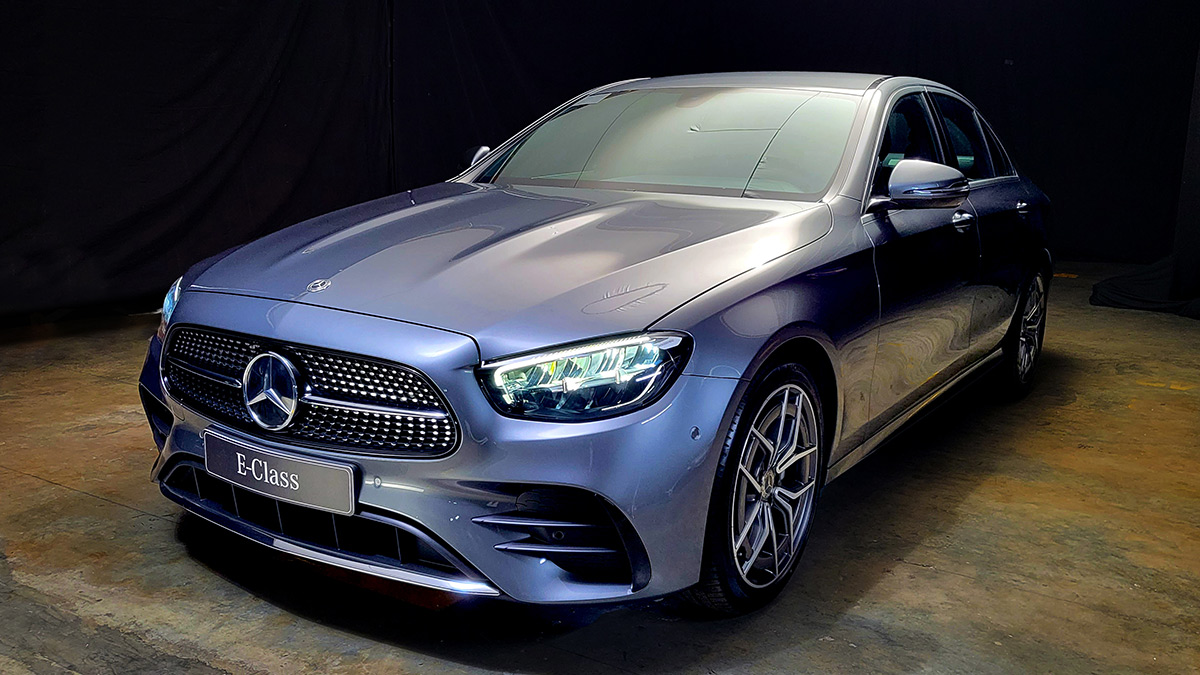 “Merely a week after the arrival of the Mercedes-AMG A35 4Matic, Auto Nation Group has now launched yet another Benz in our market: the new E-Class.

“The updated Mercedes-Benz E-Class gets a classier-looking front end with a slightly wider grille boasting chrome diamond pins and high-gloss black inserts. The  new LED high-performance headlamps look sleeker than before with the new light pattern.

“The rear end gets a new chrome trim on the trunk. The frankly awkward-looking crystalline optic taillights on the old E-Class have been replaced with a modern and more conventional-looking pair of geometrically designed LEDS. To round out the exterior, the sedan sits on 19-inch five-twin-spoke AMG light-alloy wheels in tantalite gray with a high-sheen finish.

“Inside, the updated E-Class gets an abundance of soft-touch materials with a mix of leather and glossy plastic trim. The new steering wheel is wrapped in napa leather.

“There’s also no shortage of tech here, with a pair of 12.3-inch displays mounted on the dash. There’s also the latest-generation MBUX multimedia system with a Burmester surround system, as well as Apple CarPlay and Android Auto connectivity. Mercedes has also equipped a wireless charger in this cabin.

“If you fancy getting yourself this new Benz, it’ll set you back P5.39 million.”

This rugged Hyundai Tucson will star in ‘Uncharted’ 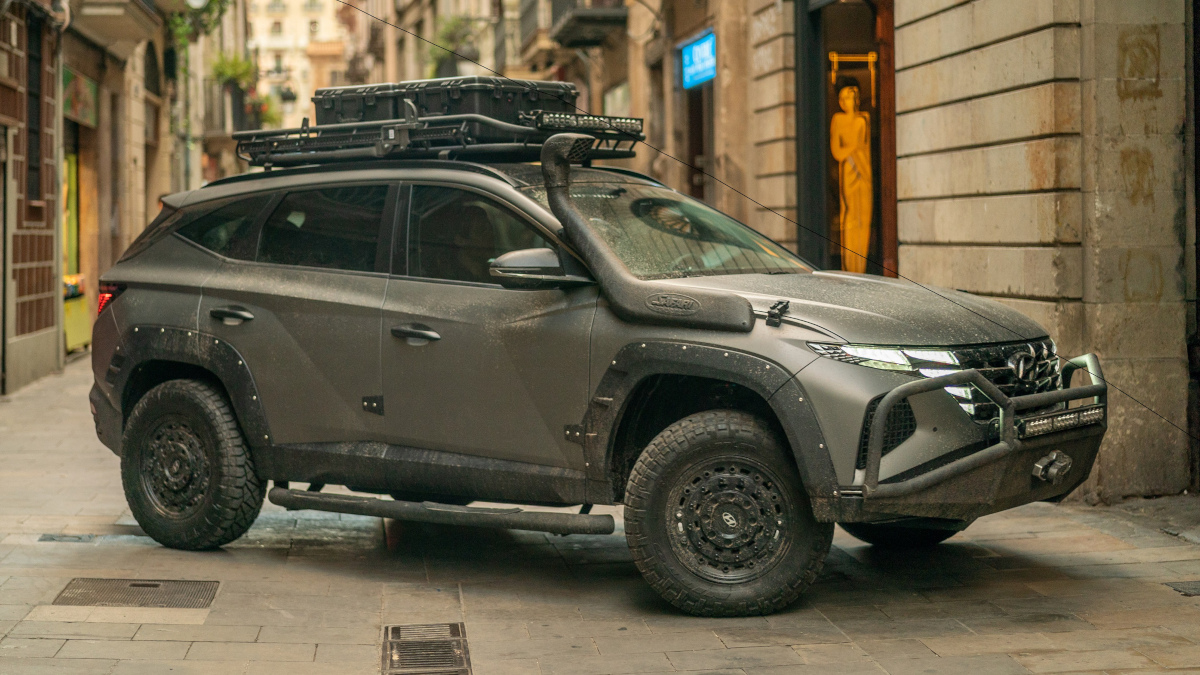 “If, like us, you count yourself among the millions of wary moviegoers waiting for the day we can safely sit in a cinema again, chances are you spend a good amount of time online watching movie trailers while waiting for a film’s release.

“Well, one of the flicks we’re looking forward to seeing later this month is Uncharted. Based on the video game franchise of the same name, the movie will star Tom Holland and Mark Wahlberg as globe-trotting treasure hunters.

“A chance to see Holland star in a blockbuster outside the Marvel Cinematic Universe isn’t the only reason we’re looking forward to this, though. Uncharted will also feature a handful of screen-worthy rides, including a Genesis G90, and what appears to be a stunning red Mercedes-Benz 300SL Coupe flying out of a plane in the trailer here.

“Oh, and there’s this thing, too: The badass Hyundai Tucson Beast concept prototype. It features fortified bumpers, aftermarket wheels, off-road tires, a snorkel, some rugged fenders, a lightbar, tubular side steps, and a roof rack.

“‘The all-new Tucson is a highly capable SUV that is up for the challenge of a treasure-hunting adventure,’ Thomas Schemera, Hyundai’s global chief marketing officer, said in a statement.”

Mitsubishi reveals an all-new ASX will be launched in 2023 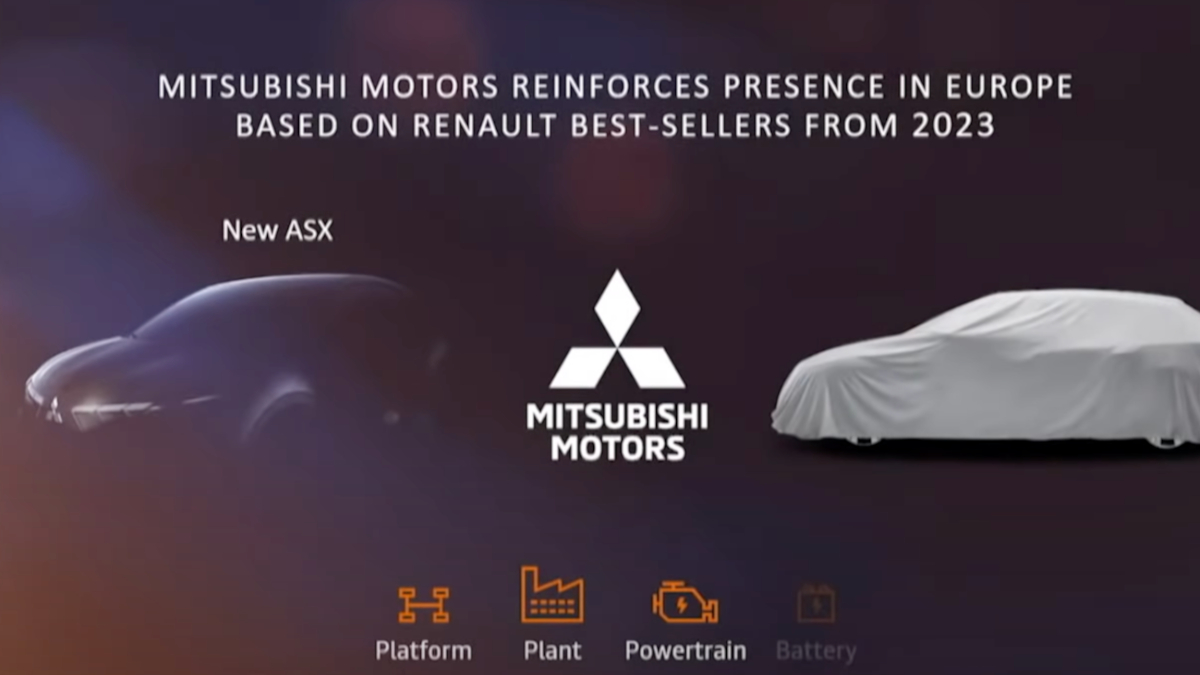 “Remember the Mitsubishi ASX? The vehicle helped usher in the age of the crossover in the early 2010s thanks to its practical-yet-compact size and relatively stylish exterior. A refresh was launched several years ago, but the model has been somewhat forgotten since then.

“Thankfully for fans of the vehicle, an all-new one is now in the works. Mitsubishi announced the news as part of its Alliance 2030 roadmap presentation and even shared a teaser image of the upcoming ride in one of its slides. The photo isn’t much—just your standard car draped in shadows, save for a few lines and edges here and there. But hey, it still counts as a first look in our book.

“Information remains scarce, but we do know the next-generation Mitsubishi ASX is due for a release in 2023. Europe will be the first market to get it, and it will share a platform with another vehicle from its Alliance partner, Renault.

“It’s also been bared that Renault’s manufacturing plants will be responsible for producing it and that the vehicle will likely feature a hybrid or plug-in hybrid powertrain developed in collaboration with the French carmaker.”

The Ferrari Purosangue SUV will enter production this year

“So, this is how it ends. The SUV has long since conquered the world, but until now there was one little corner of the globe fighting against the odds, delaying the inevitable: Ferrari. That ends in 2022.

“We’re being churlish of course, Ferrari committed to making an SUV years ago and in recent times we’ve seen the Lamborghini Urus, Rolls-Royce Cullinan and Aston Martin DBX all bring varying degrees of success to their respective brands. Heritage be damned, sports and luxury carmakers need cash to survive, one way or another.

“A single line in Ferrari’s financial report for 2021 has now confirmed that the Purosangue SUV will enter production this year, with the first deliveries taking place in 2023.

“What do we know about it so far? Not a lot, actually. When TG quizzed the late FCA boss Sergio Marchionne on the issue back in 2018, he insisted the then-yet-to-be-named SUV should be called an ‘FUV’; a Ferrari Utility Vehicle.” 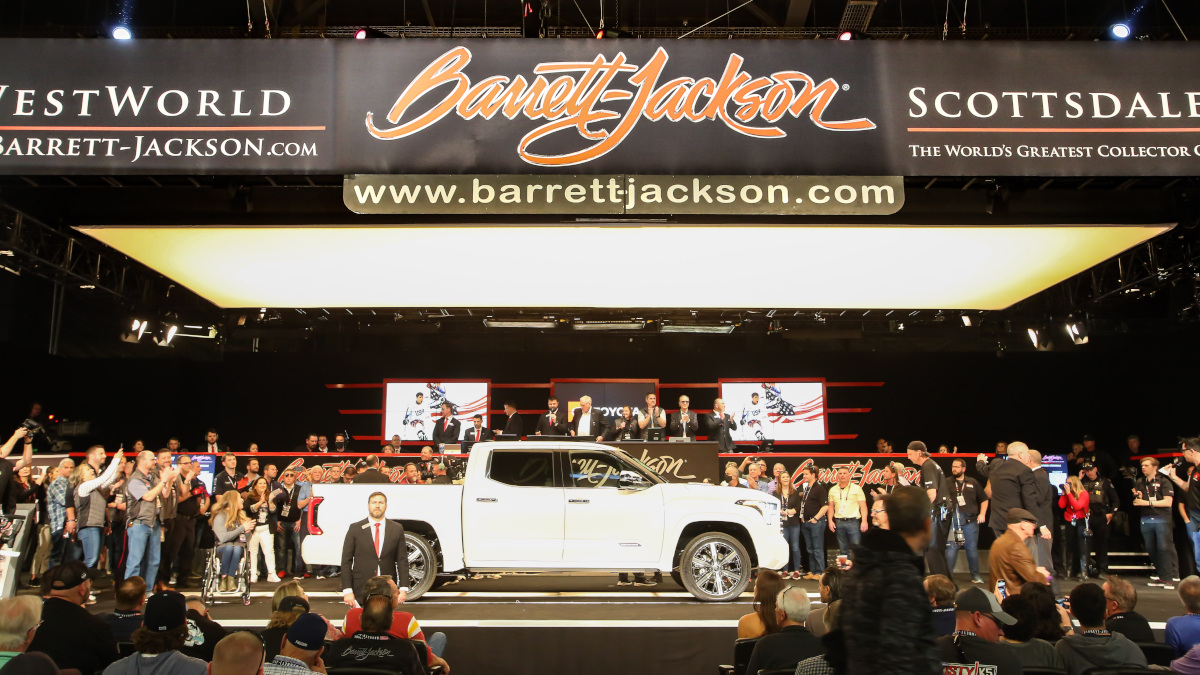 “Yes, we know the all-new Toyota Tundra is one hell of a truck. Would we buy one for over half a million US dollars? Highly unlikely. Some wealthy souls out there, though, have seen the vehicle fit enough to warrant throwing that sum at two units via auction.

“These weren’t just any regular old Tundras, however. The Capstone unit carried the VIN number 001, while the TRD Pro unit was VIN 002. What’s more, these rides were sold for the benefit of the US Paralympic Fund, which helps disabled athletes pursue their sporting dreams.”

Dartz has turned the Black Alligator into a bonkers SUV 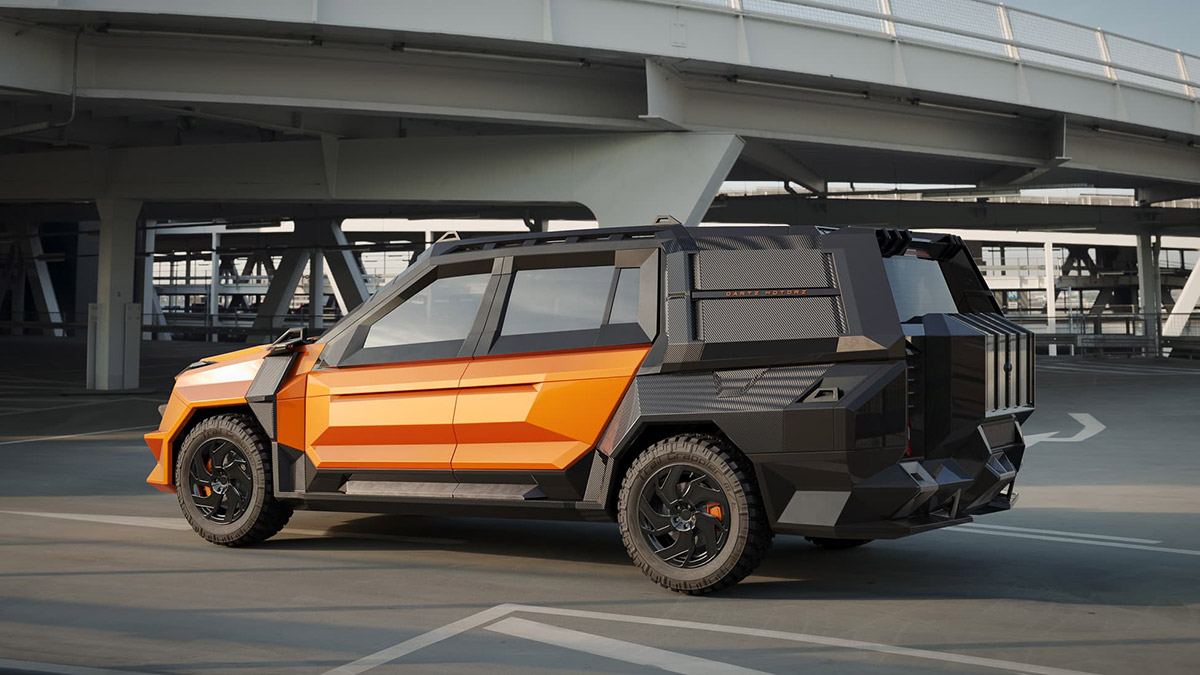 “TG’s favorite Latvian carmaker has been building the Black Alligator for a few years now (although how many it’s sold is anyone’s guess). Whereas it was once based on the Mercedes-AMG GLS 63, though, this new special edition seems to be built on top of a Maybach GLS.

“Dartz says it has used new military tech for the barmy, boxy, and bulletproof exterior that keeps the weight down to the same as a standard Maybach GLS. It’ll also offer an extra 100, 200, or 300hp on top of the donor car’s 550hp. Because of course it will.

“The name is to celebrate this year being the Chinese Year of the Tiger, and Dartz says that orange is one of this year’s colors of wealth—hence the need for a special edition.

“What else? Well, apparently there’ll be eight exhaust pipes, because ‘each cylinder deserves to have its own pipe,’ says boss Leo Yankelovich. The Maybach’s digital dials have also been swapped out for old school analog units, and Dartz says it wants owners to look out on a dash that’s ‘classy and expensive.’ Hang on, is this a new Dartz? ‘Maybe a bit overloaded with gold or diamonds, but that’s an option.’ Nope, same old Dartz.” 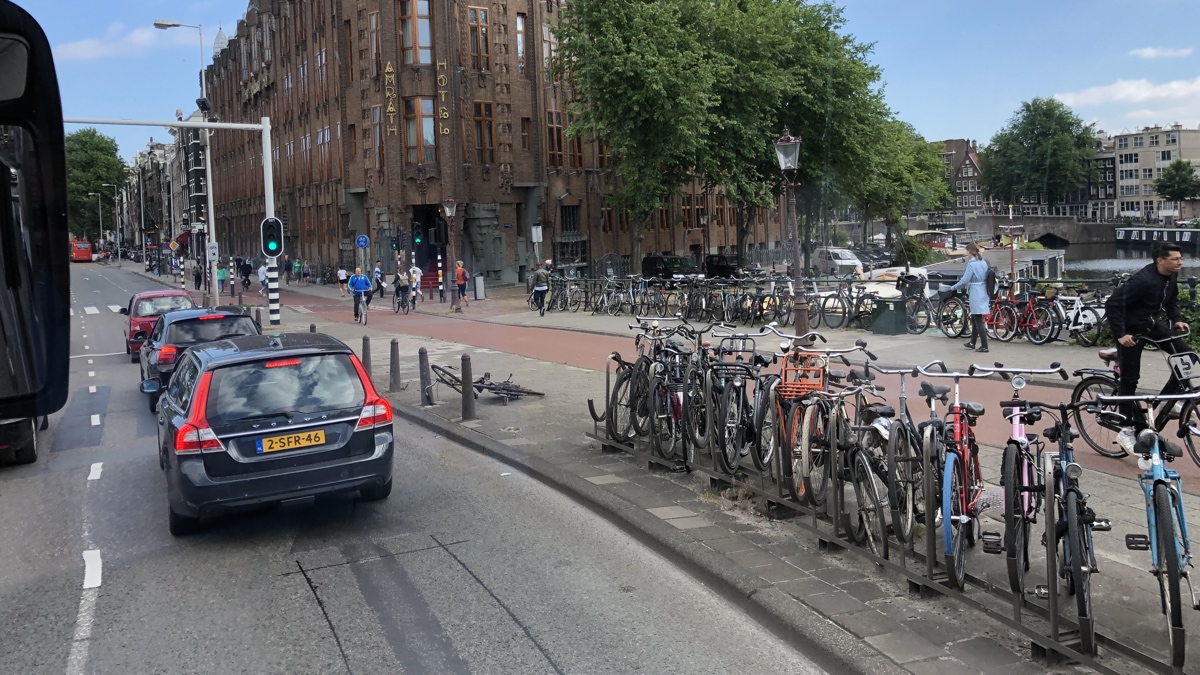 New UK road rules give more priority to cyclists and pedestrians
View other articles about:
Recommended Videos
Read the Story →
This article originally appeared on Topgear.com. Minor edits have been made by the TopGear.com.ph editors.
Share:
Retake this Poll
Quiz Results
Share:
Take this Quiz Again
TGP Rating:
/20