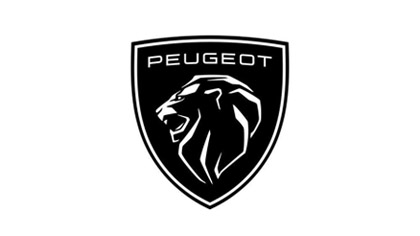 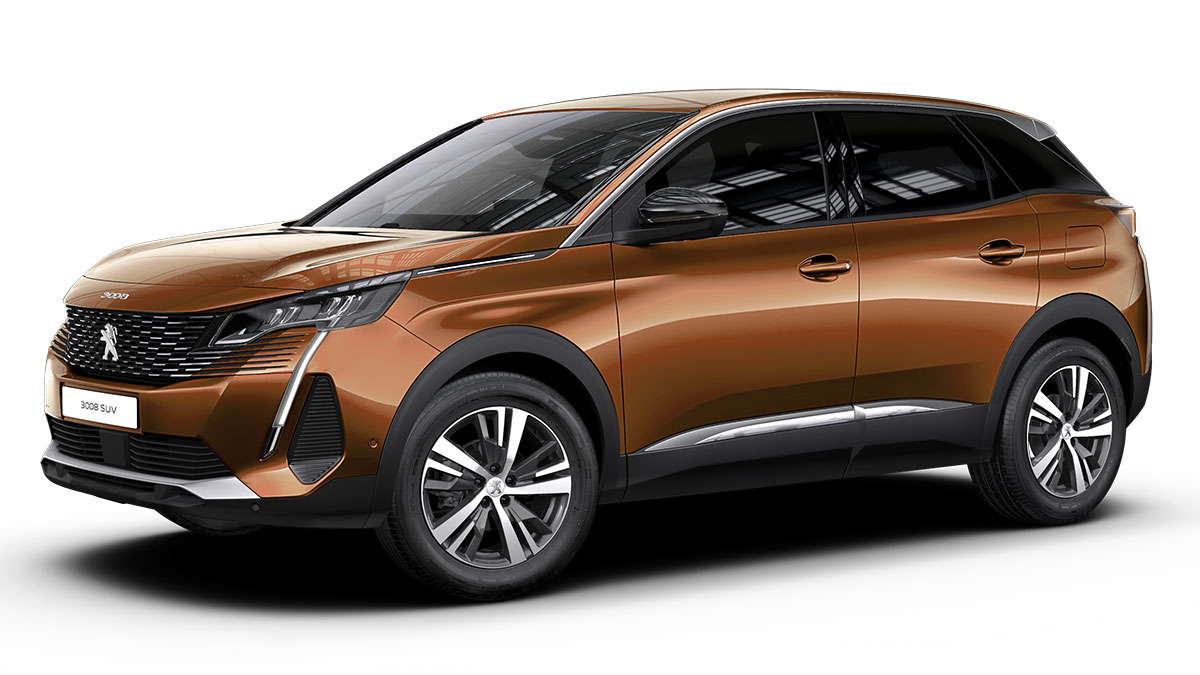 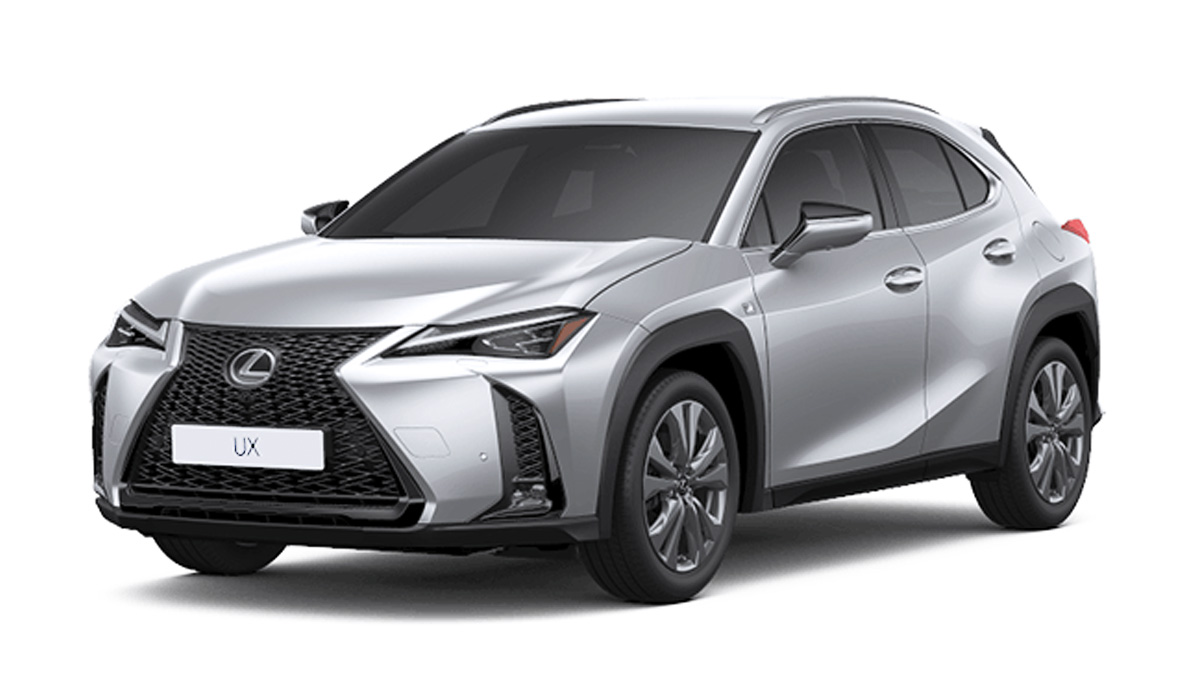 Arctic Trucks does its work on the Mitsubishi Montero Sport 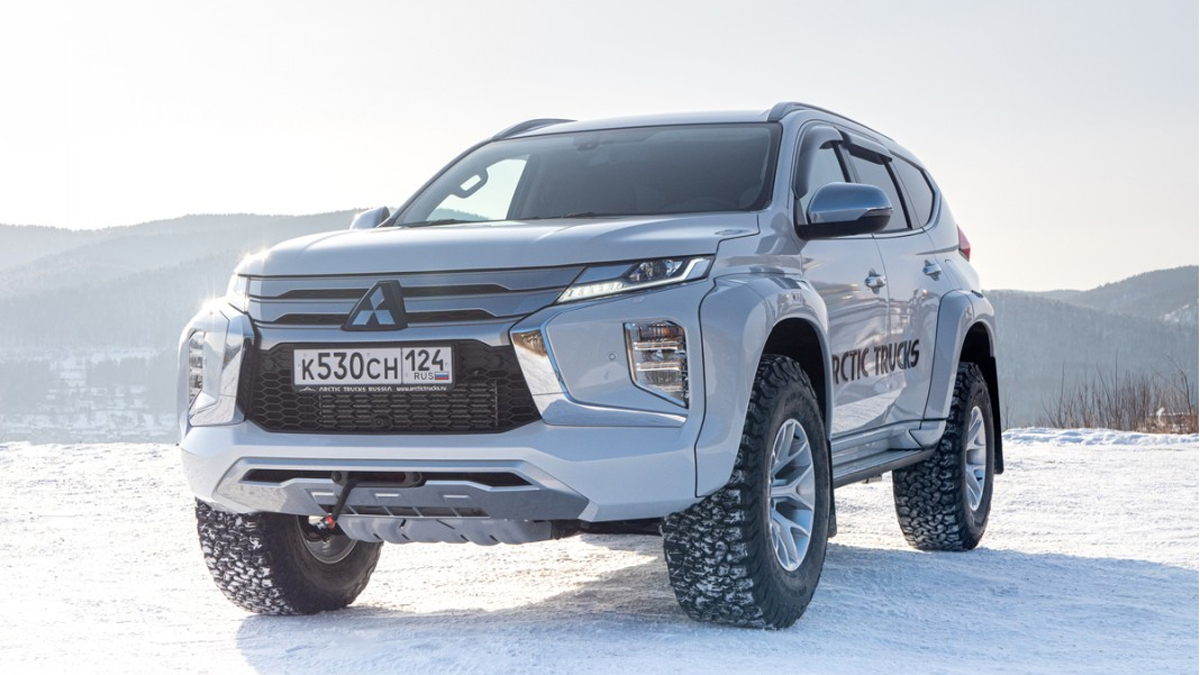 “After introducing its go-anywhere LC300 to the world, Arctic Trucks is back with yet another new beefed-up SUV from its garage: the Mitsubishi Montero Sport AT35.

“As with the tuner’s previous builds, the main goal here was to bolster the Montero’s off-road capabilities. The SUV now sits on 17-inch Arctic Trucks aluminum-alloy wheels shod in chunky all-terrain tires. Its front and rear shocks and springs have also been replaced with an OME heavy-duty suspension setup for enhanced performance.

“Of course, a few aesthetic changes can be seen here as well. The Montero Sport AT35 sports some wheel-arch extensions and fender modifications. The Arctic Trucks logo has also been plastered on the doors and the mudguards.

“The mods ultimately resulted in a wider front and rear track. Ground clearance is up from 218mm to 270mm, approach angle from 30 to 34.5 degrees, and departure angle from 24.2 to 28.8 degrees. No changes to the available diesel and petrol engines were made, though.” 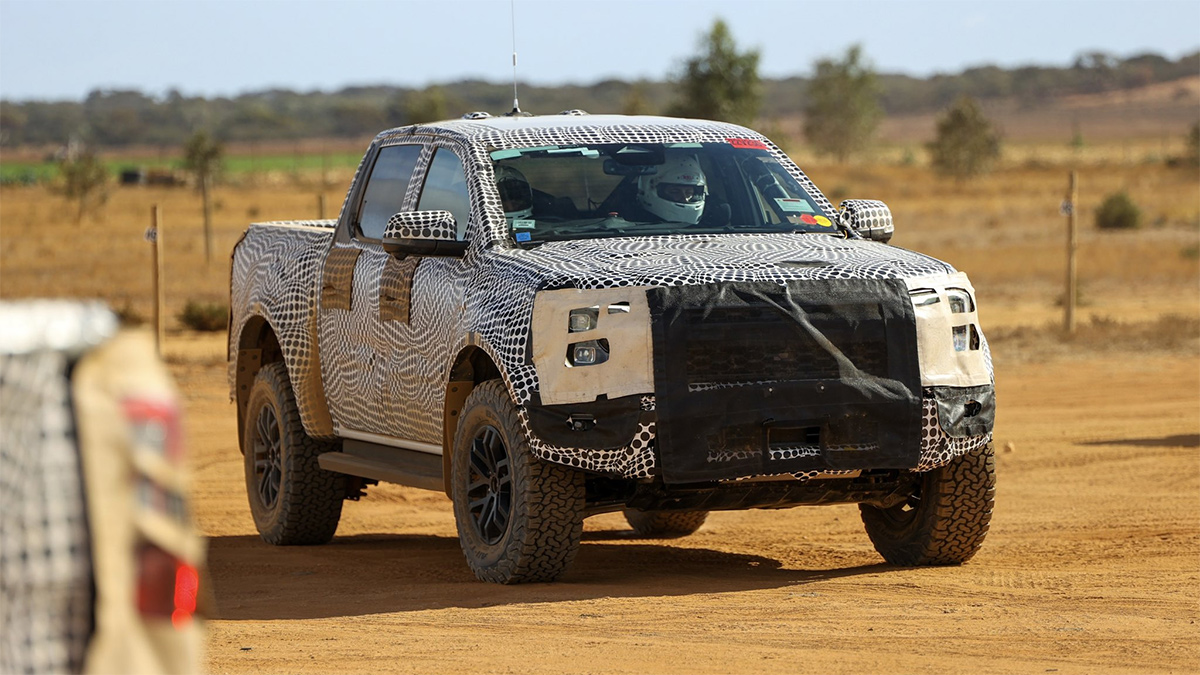 “Here it is, people: Ford has finally released an official preview of the upcoming Ranger Raptor. We know a lot of people here on our shores are eager to see more of the high-performance truck.

“The American carmaker didn’t reveal any specific details, but it did give us both photos and footage of the next-gen Ranger Raptor—albeit covered in camo—kicking up dirt in some desert.

“By the looks of it, Ford has yet another dune-bashing, rally-ready Ranger on its hands here. It’s got a sturdy suspension to boot, along with a roaring engine. Ford has kept mum about what’s going to power the new Ranger Raptor, but we can only assume it’s going to be an EcoBoost under that hood.”

Geely PH is launching the Emgrand on February 25 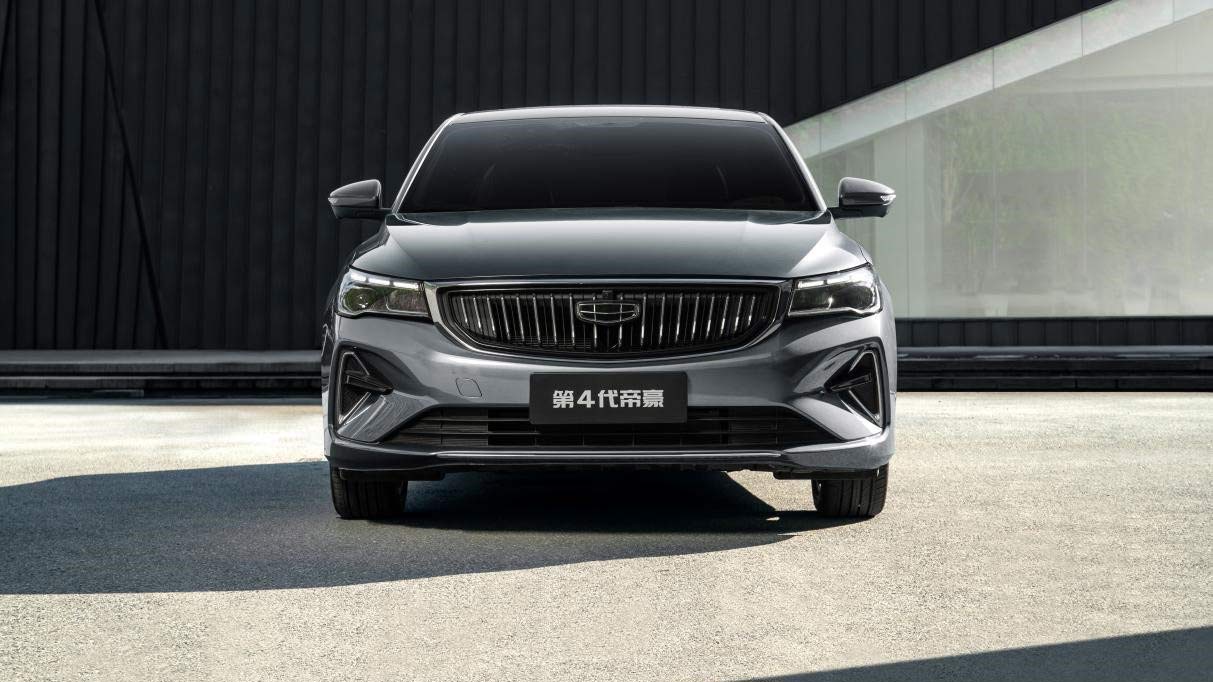 “Geely made a splash in the Philippine market several years ago with the launch of lovable Coolray. Since then, the brand has followed the small crossover up with larger offerings like the Okavango and Azkarra. A sedan wasn’t in the brand’s gameplan, though—at least not until now.

“The Chinese car manufacturer has confirmed via social media that it will launch the Geely Emgrand subcompact sedan in the Philippines later this month. The official introduction will take place via a Facebook livestream on February 25.

“The Emgrand will have a tall task ahead of it following its launch: taking on the likes of the Toyota Vios and Honda City. Fortunately for Geely Philippines, the Emgrand appears to be equipped to rise up to the challenge.

“For one thing, it’s an incredibly stylish vehicle. The exterior exudes a premium vibe rather than attempting to convey sportiness, and it works. The cabin also appears to stack up well against the competition in terms of design. We’ll have to wait for units to actually arrive before we can judge its fit and finish, though.

“No details regarding local specification this early on, but the Emgrand abroad carries a 1.5-liter four-cylinder gasoline engine capable of up to 113hp and 147Nm of torque. This mill comes paired with either a five-speed manual transmission or a continuously variable transmission.” 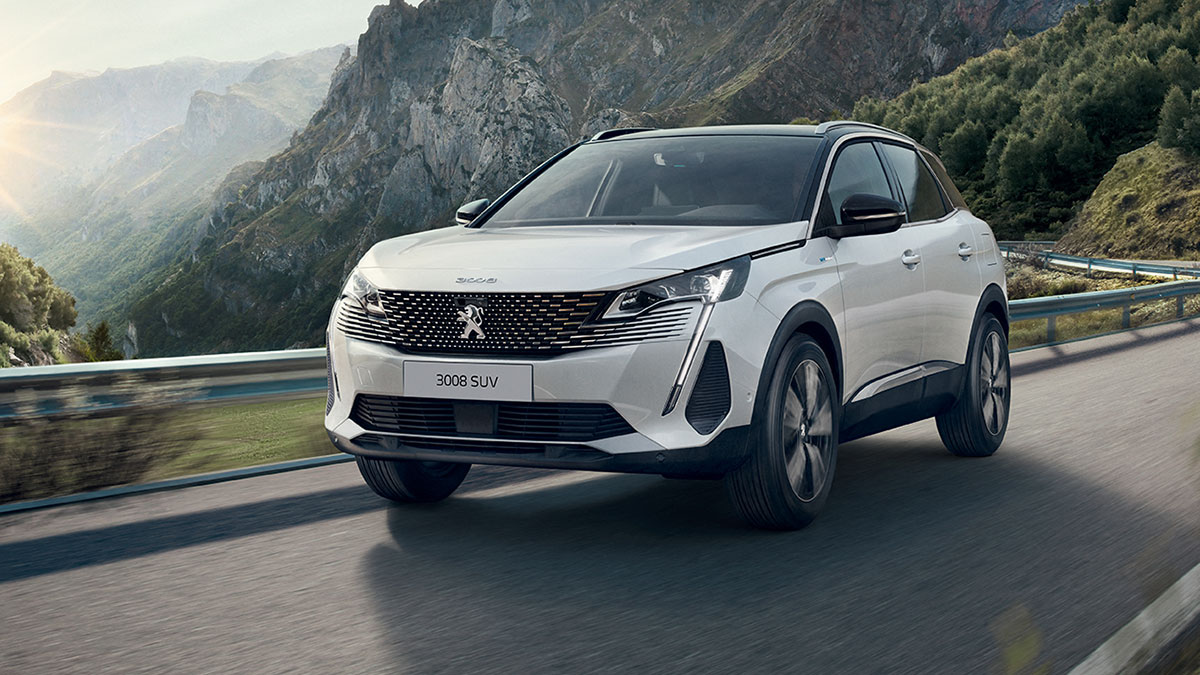 “Fresh off the launch of the new 5008, Peugeot Philippines and its new distributor Astara now continue to pick up the pace by bringing in yet another new model to our market: the new 3008. The updated SUV comes with updated styling, a familiar powertrain, and loads of new tech.

“Most noticeable on the new 3008 is the stylish new grille. While the old one didn’t exactly look dated, the new horizontal slats that stretch out towards the new fang-like DRLs give the refreshed model a much more modern look. The DRLs also connect to the aggressive-looking headlamps to give the front end a sportier vibe.

“Inside, the 3008 boasts Peugeot’s new i-Cockpit with a 12.3-inch customizable digital instrument cluster. This display is paired with a new 10-inch infotainment system with Apple CarPlay and Android Auto connectivity and a six-speaker setup.

“Other amenities inside the cabin include the dual-zone automatic climate controls with rear A/C vents, the auto-dimming rear-view mirror, and the panoramic sunroof with LED ambient lighting.

“Powering the Peugeot 3008 is the old 1.6-liter Twin-Scroll Turbo High Pressure (THP) gasoline engine that generates 165hp and 240Nm of torque. This is mated to a six-speed automatic gearbox that delivers power to the front wheels.” 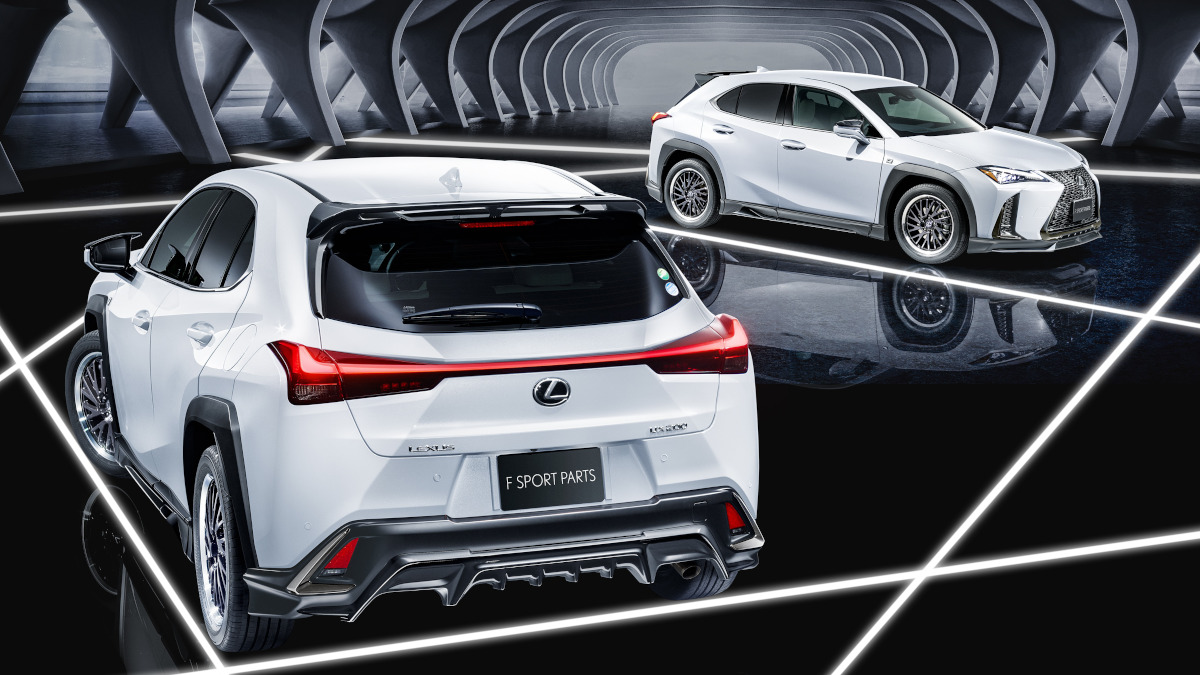 “The Lexus UX is easily one of the sportiest-looking crossovers available in the market. If, however, you’re tip-toeing over the idea of buying one because you want something with a slightly more aggressive demeanor, Lexus Philippines might now have the answer.

“The Japanese carmaker has announced that a full aero kit for the Lexus UX F Sport is now available in the Philippine market. It will cost P500,000 and comes with the following accessories:

“Note that all of the additional aero bits come in the unit’s original body color. No changes to the mechanicals here, so you’re going to have to play around with the vehicle’s stock 2.0-liter four-cylinder engine if you want to squeeze more than 168hp out of it.

This is an electric-powered version of the Batmobile Tumbler 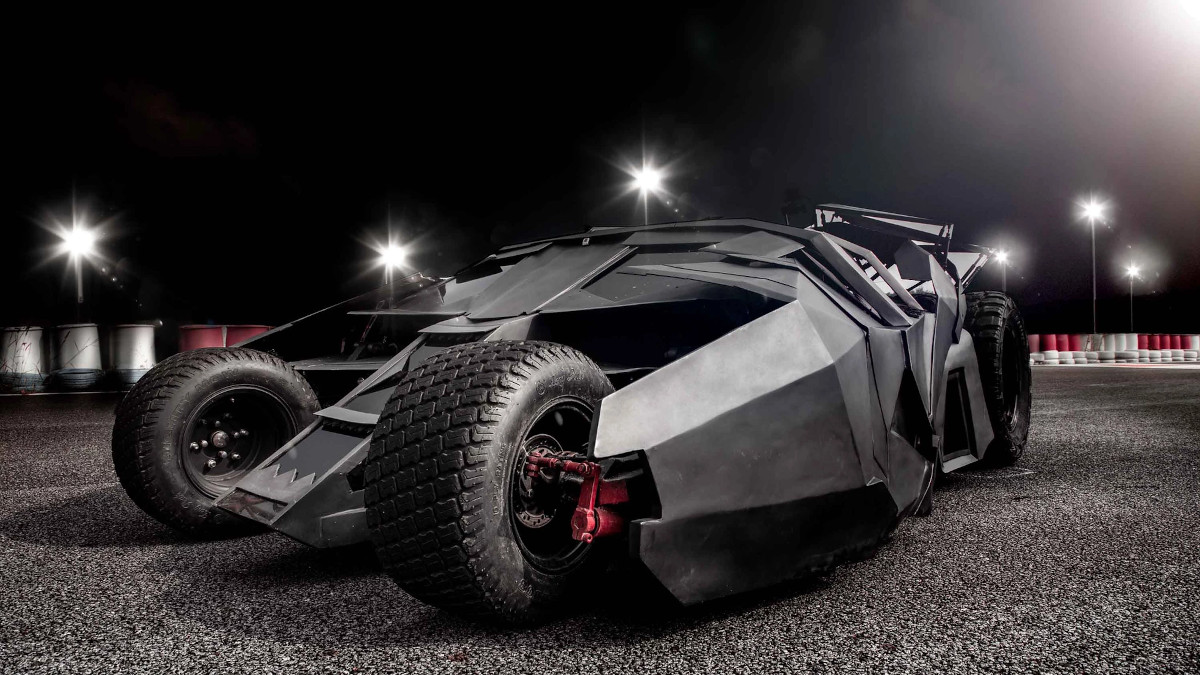 “The Tumbler from Christopher Nolan’s Batman trilogy is arguably one of the most iconic iterations of the Caped Crusader’s ride to ever grace the silver screen. We can’t imagine it was doing the environment any favors, though, on account of the gigantic turbine popping out of its behind.

“In case the Dark Knight ever decides to clean up his act, artist and architect Nguyen Dac Chung might have a vehicle he might be interested in checking out: An electric-powered version of the Batmobile Tumbler.

“This vehicle took two years to build and is based on a gasoline-powered prototype Chung built previously. It’s made of carbon fiber and steel, measures 3,700mm in length, and weighs approximately 600kg. It also rides on 13- and 18-inch wheels at the front and rear, respectively.

“Chung’s take on the Tumbler is powered by an electric motor hooked up to a lithium-ion battery pack, but no further details are provided. We reckon, though, that he may want to make some alterations to the current powertrain setup if he’s serious about getting this thing into Mr. Wayne’s garage, as it only has a listed top speed of 105kph.” 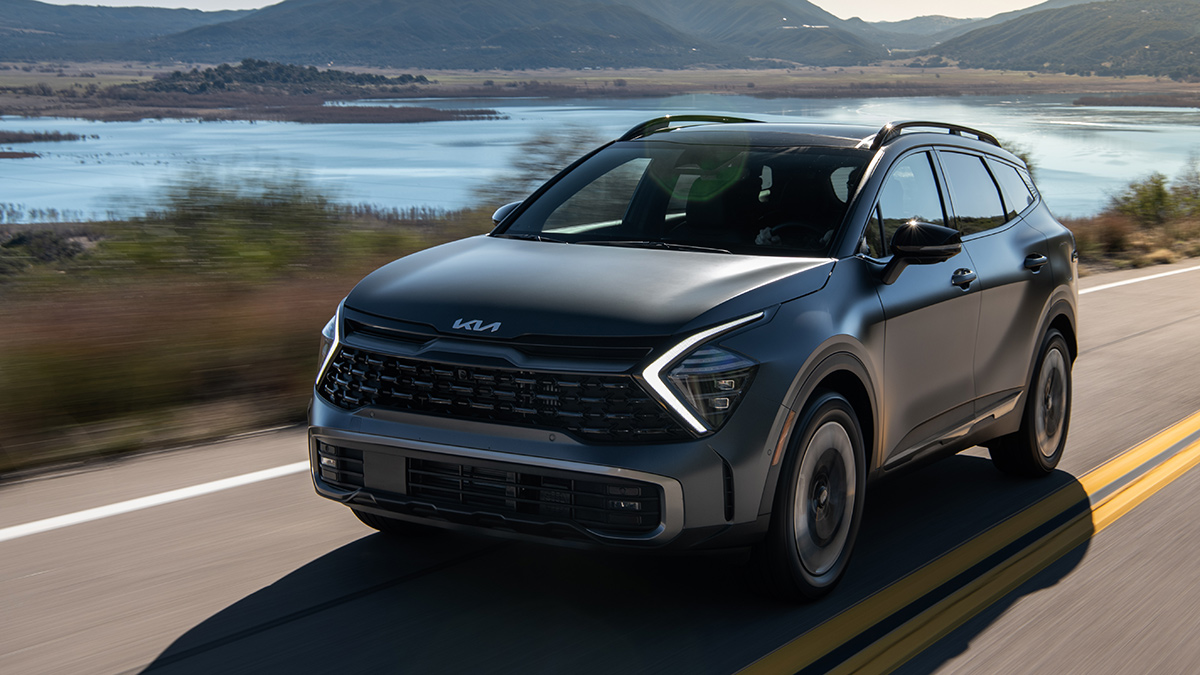 “Kia previously confirmed that hybrid Sportages would be available in the future, and it’s already started rolling out the electrified models to more markets. Now, the plug-in hybrid version has just landed in the US market.

“No changes here design-wise, so let’s head straight to what’s under the hood. Over there, the Sportage packs a 1.6-liter turbocharged four-cylinder engine that generates 177hp. This is paired with a 66.9kW electric motor and a 13.8kWh lithium polymer battery. The hybrid powertrain is mated to a six-speed automatic transmission.

“The Sportage PHEV can be recharged with a 7.2kW high-efficiency on-board charger. When connected to a Level 2 charger, getting juice back up to 100% will take just about two hours. As for the all-electric range, Kia claims this PHEV can do more than 50km on one full charge.”

Ford has been awarded a patent for a magnetic truck bed 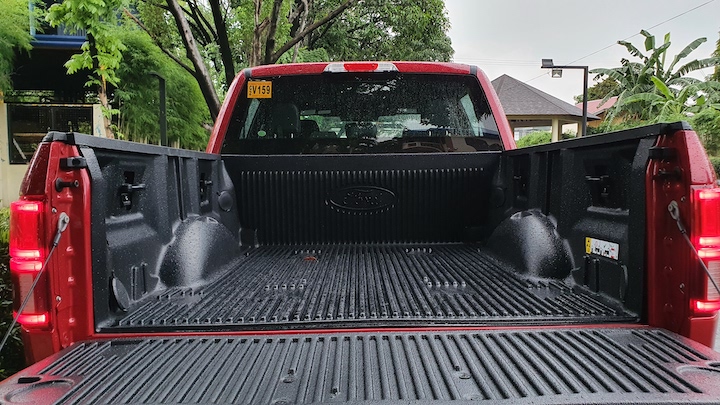 “Truck manufacturers are constantly finding ways to add utility to their models’ beds—everything from additional storage options, to lighting, and more convenient ways to hop on and off them. This one by Ford, though, might be the biggest advancement in that department we’ve seen in a long while.

“The US Patent and Trademark Office recently awarded Ford a patent for a “truck bed with selectively actuated magnetic floor sections. A magnetized truck bed, basically.

“The patent’s abstract says that “magnetized areas” will help keep cargo and attachments secure on the bed. This will be done via two magnets: The first being a permanent magnet hidden beneath the surface of the bed, and a separate one that can be rotated with a servo motor ‘to modify the level of magnetic force applied to objects in the truck bed.’

“Also mentioned in the document is the potential installation of a “magnetic bar” at the edge of the truck bed to prevent small metal objects like screws from falling out as well as bed dividers that will be held in place by magnets. These features will no doubt come in handy for motorists who rely on their truck bed as a mobile work area of sorts. You can read the patent filing in its entirety here.” 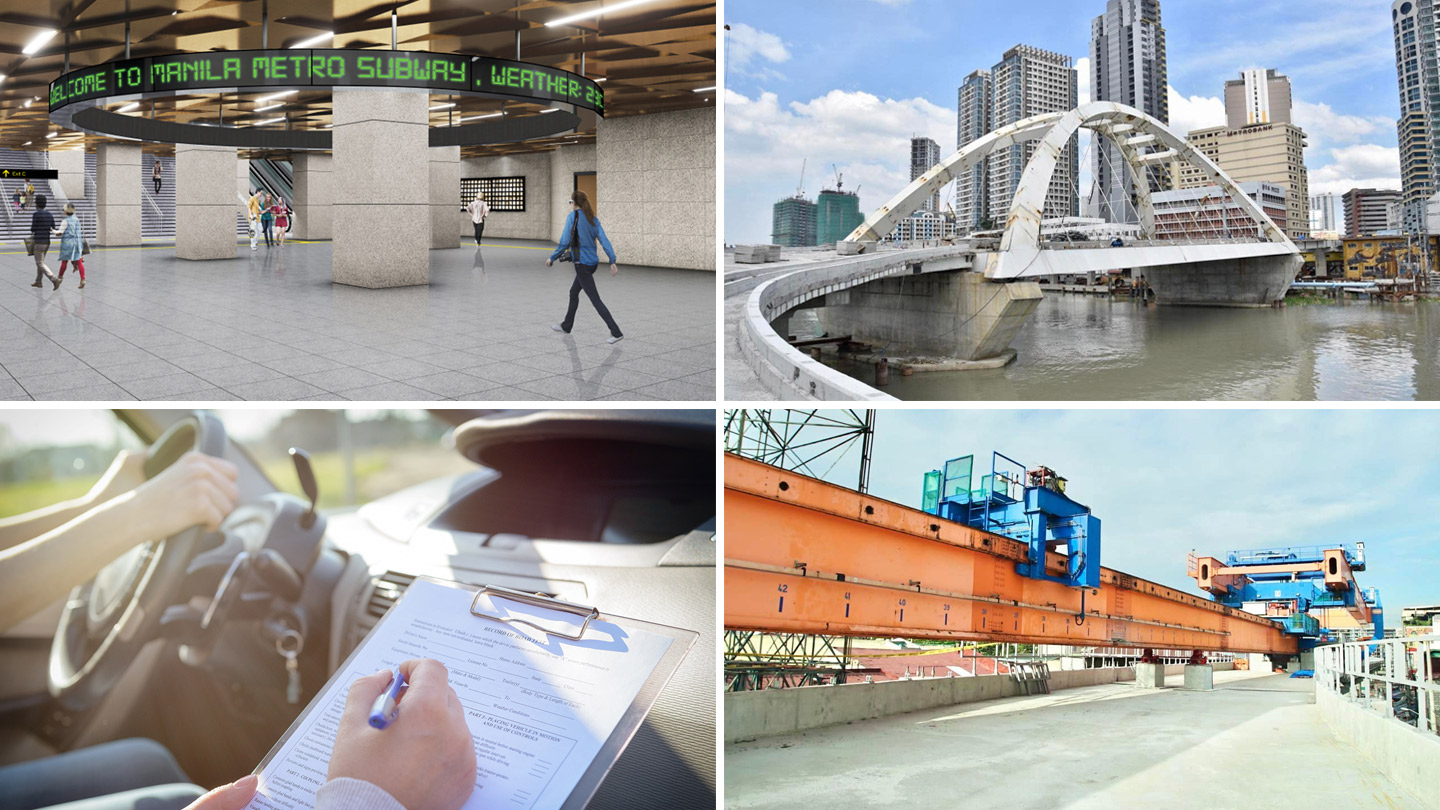