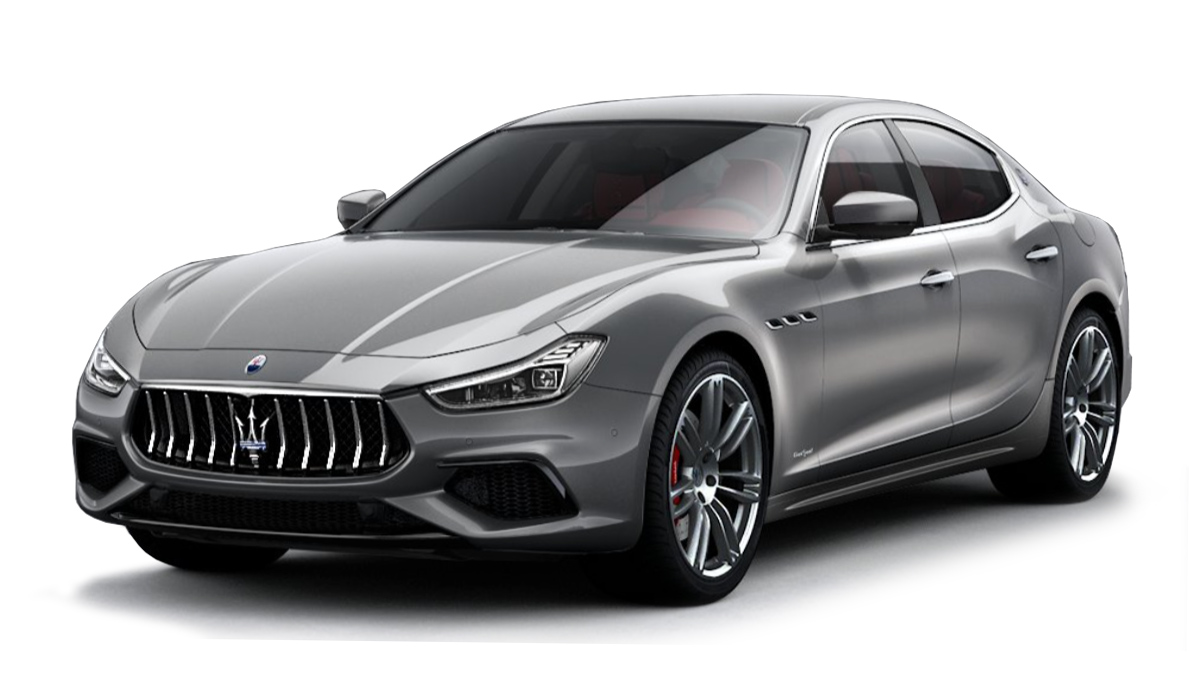 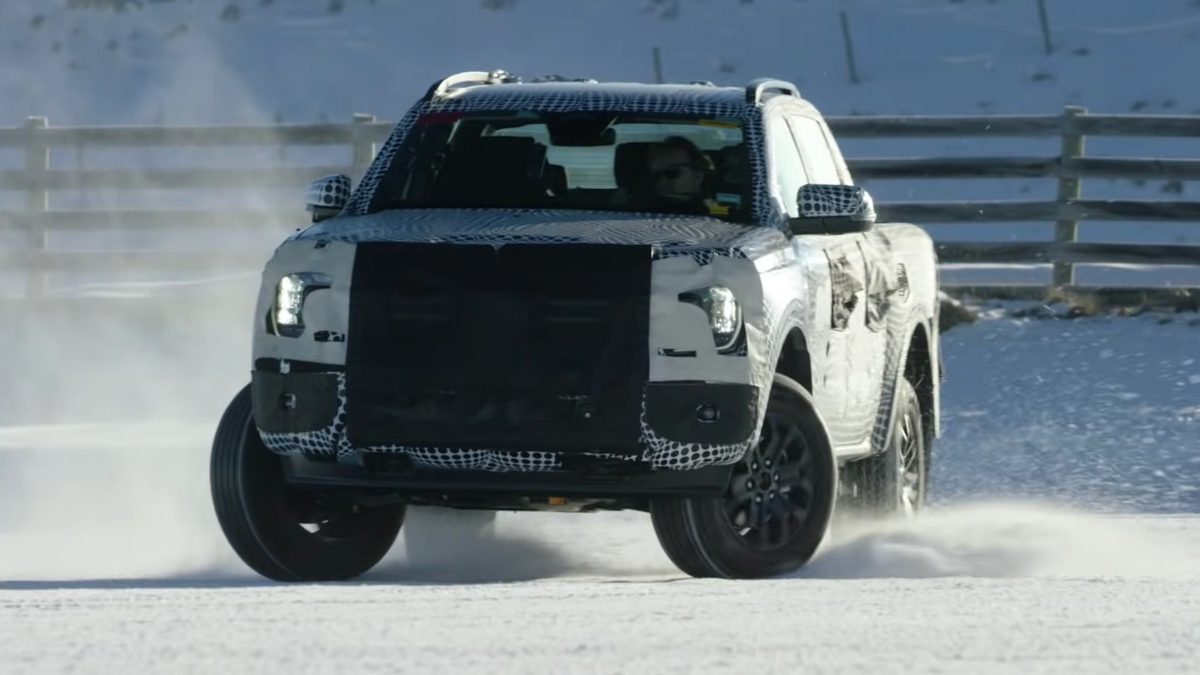 “‘Built tough.’ If you ask us, Ford hit marketing gold with this right here. It’s more than just two words meant to sell trucks and SUVs, though, and the American carmaker wants to remind you using the next-generation Ranger.

“Not surprisingly, the company opts to keep the upcoming vehicle draped in camouflage throughout the video. After all, this clip is still essentially just a teaser, and the truck isn’t due to come out until next year.

“Still, this gives us a proper look at how much Ford’s engineers are putting the all-new Ranger through before units make their way to dealerships in 2022. By then, Ford says the pickup would’ve undergone hundreds of thousands of kilometers of testing across five continents.”

Ford claims the new Maverick Hybrid can do 17.6km/L in the city 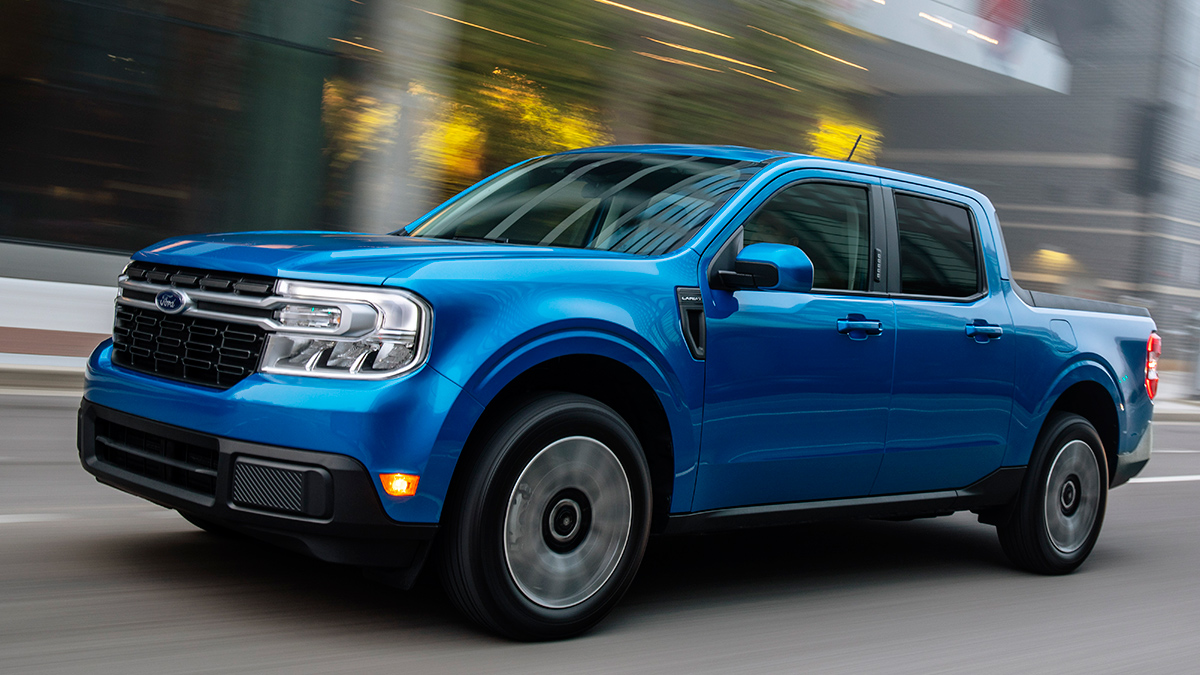 “Need another reason why we need Ford’s hybrids in our market? Here’s one: They’re highly fuel-efficient. A good example is the American carmaker’s new compact pickup, the Maverick.

“The version with solely an internal combustion engine can supposedly do 10.6km/L. For a gasoline-powered truck, that’s actually not that bad. The Maverick Hybrid, however, tops that by a good margin, as Ford claims it can do 15.73km/L in mixed driving conditions.

“On the highway, the truck does 14.03km/L. It gets better in the city, where it does up to 17.86km/L. It may still be powered by petrol unlike most pickups in our market, but it’s still a fuel-efficient pickup (not to mention it’s also smaller than the Ranger) that we reckon might be worthy of tackling the dreaded Metro Manila traffic.

“The Maverick Hybrid is powered by a 2.5-liter Atkinson-cycle hybrid engine and an electronic CVT. It has a total system output of 191hp and 210Nm of torque, which is just about all the oomph you’ll need for a city-slicking truck.” 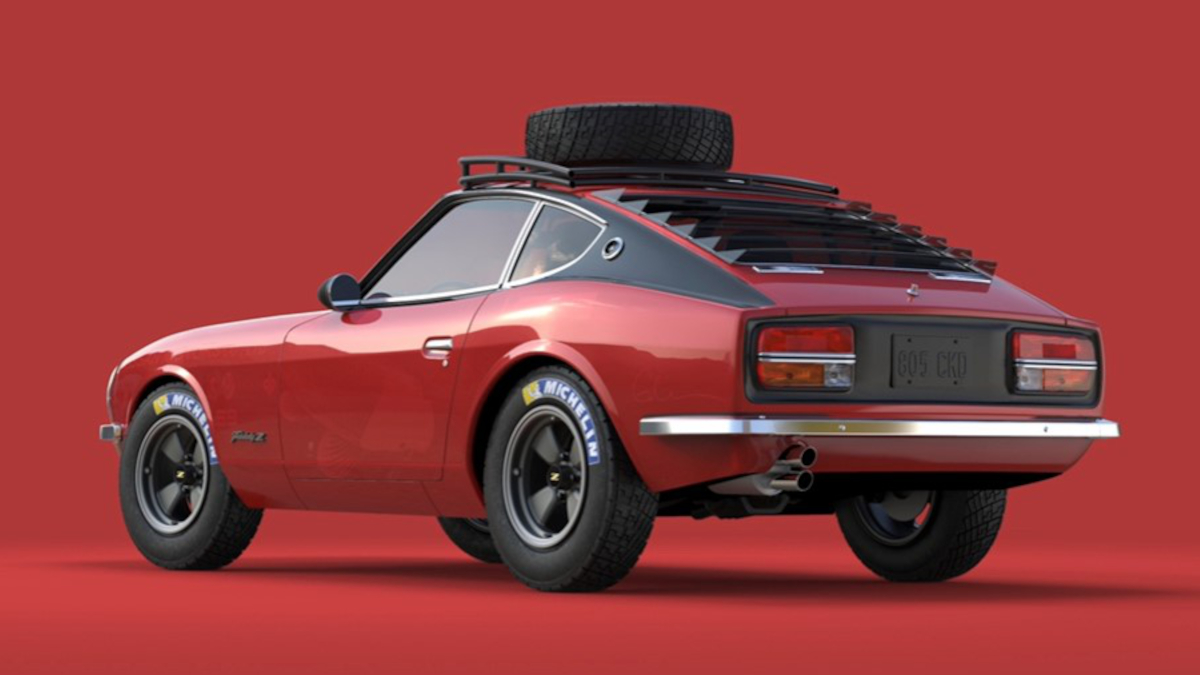 “The cast of the Fast and Furious film franchise aren’t all just pretending to be gear heads. Some of them are legitimately in love with their cars.

“Paul Walker was the most obvious car lover of the bunch, and Ludacris is also relatively prominent. Sung Kang, who plays the slick-drifting Han Lue in several Fast and Furious installments, is another.

“Kang is actually the proud owner of a safari-style 1971 Datsun 270Z. He found the ride in Los Angeles in a sorry state and brought together a group of mechanics to bring it back to life. Now, it houses an L24 engine and is fitted with 16-inch ‘Nanakorobi Yaoki’ wheels. It’s also equipped with a new roof and body panels and a clean two-tone red and black exterior.

“The vehicle is called the Doc Z, and it is making its way to the 2021 Specialty Equipment Market Association (SEMA) show in Las Vegas, Nevada.

“‘The DocZ is a representation of the best of my community,’ Kang said in a statement, adding that he hopes his ride will inspire other car enthusiasts to pursue their own dream projects.” 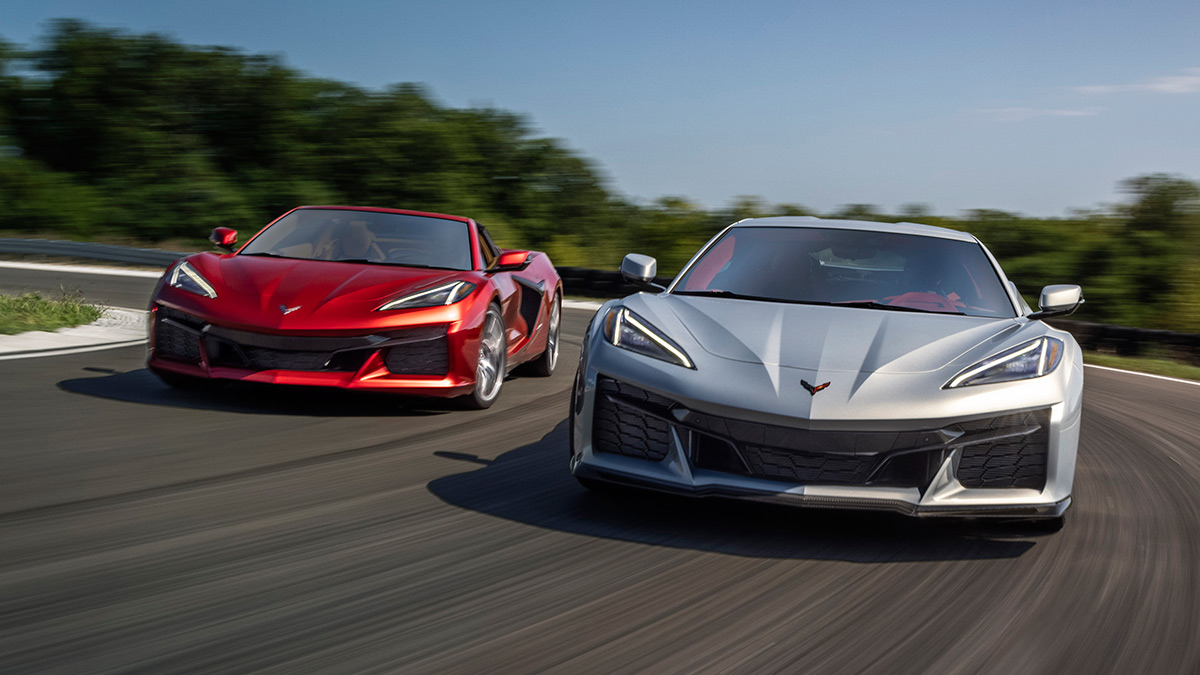 “Chevrolet has finally pulled the wraps off of the new Corvette Z06, and it’s as beastly as the Internet was expecting it to be.

“The initial reports hold true, as the C8 Z06 debuts with 5.5-liter V8 that revs up to 8,600rpm and generate a whopping 670hp. No turbo here, and Chevy says that makes these figures the highest ever for a naturally aspirated V8.

“Compared with the powertrain of the previous-generation Z06, this one is smaller but produces 20 more horsepower. Meanwhile, the standard C8’s 6.2-liter that churns out 495 buff horses simply pales in comparison.

“The new engine features an all-new flat-plane crankshaft design which helps enable the high revs. Chevy also says its engineers spent two years crafting a rich exhaust tone that’s ‘unlike anything ever heard from a Corvette.’

“The new Z06 has a lower stance with wider fenders and larger air intakes that improve the car’s cooling capabilities. It also has a front splitter and a unique rear spoiler that provide 165.6kg more downforce at 299kph. The Z06 also has 370mm front and 380mm rear Brembo rotors that provide enhanced stopping power.

“Opt for the Z07 Performance Package, and you’ll get bigger carbon-ceramic rotors along with a full carbon-fiber aero package. The latter includes a larger front splitter, front-corner canards, a pedestal-mounted rear wing, and underbody aero strakes for maximum downforce and maneuverability across the track. 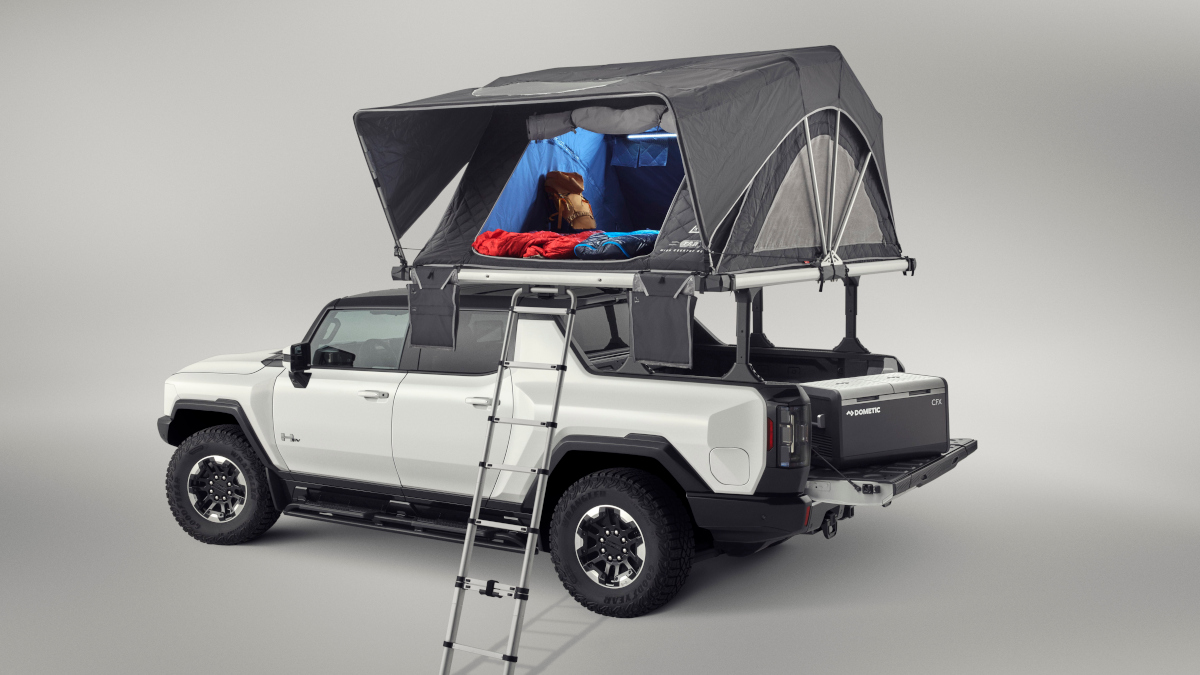 “The next-generation Hummer—yes, the one that runs on electricity—isn’t out yet. But this isn’t stopping GMC from making future owners salivate at all the accessories and customization options the brand plans on offering with the truck.

“For this year’s Specialty Equipment Market Association (SEMA) show, the American car manufacturer is showcasing a handful of Hummer EV units featuring a smorgasbord of lifestyle and styling enhancements.

“The units that will be put on display are all Edition 1 versions of the EV. The equipped accessories include a power-retractable bed cover, off-road recovery kit, a 50-inch roof-mounted light bar, auxiliary lighting units, cargo management rails, a spare tire carrier, a variety of storage compartments, and new wheels.

“In a statement, the Hummer EV’s lead designer for performance accessories, Humberto Ortiz, said that all of these parts were designed with ease of integration as the main consideration.

“‘Their design and fit are integrated with the vehicle like regular production components,’ said Ortiz. ‘It means they appear and function as if they were installed on the assembly line, with production-level quality, too, compared to universal-type aftermarket components.’

“Ortiz added that one perfect example is the new 50-inch light bar. Supposedly, its design and mountings were built to perfectly match the contour of the Hummer EV’s roof.”

This is the all-new Range Rover 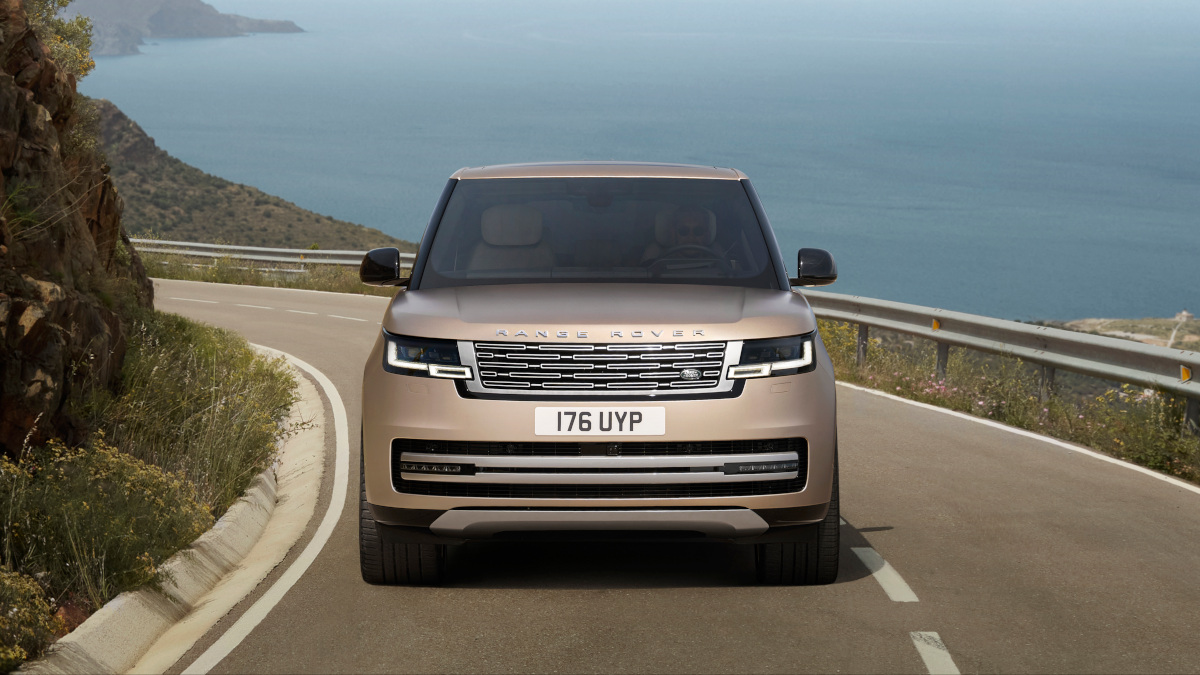 “With over 50 years under its belt, the Range Rover name is one that’s had plenty of practice catering to Land Rover’s clientele. It’s no surprise, really, that the model remains arguably the most renowned offering in a continuously evolving luxury SUV market.

“Land Rover is hoping to continue this trend with the all-new Range Rover. Now in its fifth generation, the vehicle is refining its tried-and-tested formula of high-end performance and luxury appointments to keep it among the segment’s top-of-mind choices.

“Ultra-posh it has to be, considering the thing starts at a cool £94,400 (around P13.5 million). So, what has Land Rover done here to warrant such a price tag?

“The fifth-generation Range Rover is available in three main forms: There’s the standard model, as well as a short wheelbase and a long wheelbase version. Each can be had in a variety of familiar trims, including the SE, HSE, Autobiography, as well as a special First Edition offering that will only be sold in the model’s first year.

“All units are built on the carmaker’s new Modular Longitudinal Architecture (MLA)—an engineering choice that supposedly endows the all-new Range Rover with unparalleled levels of comfort.

“Engine options are aplenty as well. Mild-hybrid options include the P400 Ingenium gasoline mill, as well as the D250 and D300 diesels. There’s also a new P530 twin-turbo V8 engine that does a whopping 523hp and a top speed of 250kph, as well as a mild-hybrid Range Rover

“Buyers also have the choice of plug-in hybrids in the P440e and P510e. Both utilize a 3.0-liter six-cylinder engine and a 105kW electric motor, and Land Rover claims both can reach up to 100km running on electricity alone. And, if you’re willing to wait, the brand says a full-electric version is due sometime in 2024.” 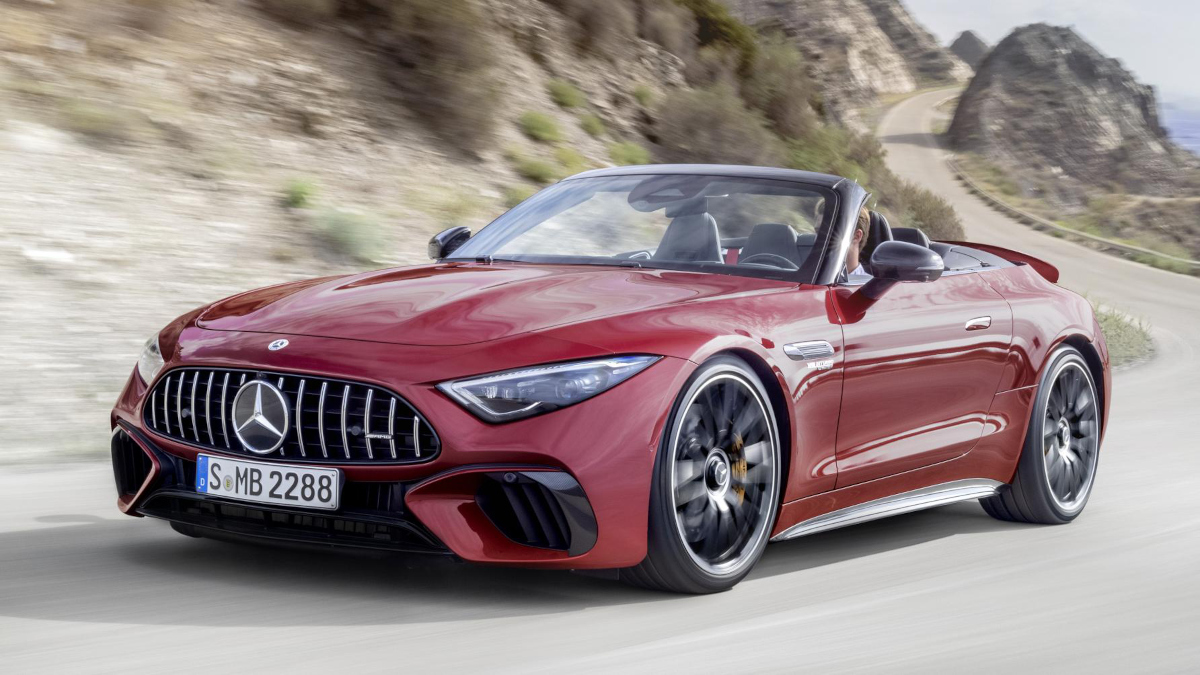 “No one’s actually saying it, but Mercedes-Benz kind of knows it’s been casually reversing the SL down a cul-de-sac this past 20 years. Even for this storied marque, the SL nameplate—it stands for sporty and light—is one that has genuine emotional heft.

“The original arrived in 1952, a competition car whose gullwing doors and spectacular engineering presaged a thrilling road car. The one that followed, the ‘Pagoda,’ was the automotive equivalent of the ‘little black dress,’ as effortlessly elegant and timeless as any car in history. The ’70s iteration was a pop culture smash hit favored by Bobby Ewing on Dallas and Richard Gere’s American Gigolo, the late ’80s car a brilliantly blocky slab of modernism.

“So the SL you see here is more than just a seventh-generation version of a well-established greatest hit. This is a big reset. A reboot in which the trunk is once again free to be a proper trunk. Done under the auspices of AMG, it features an all-new clean-sheet-of-paper chassis that borrows nothing from any existing Mercedes.

“As ever, you can judge the design for yourself, but it features short-ish overhangs, slim ‘digital’ headlights, a long hood, sharply raked windscreen, and some smoothly reductive surfacing (as is the modern way). It looks tighter and way punchier than the car it replaces with shades of Porsche 911 from some angles. It’s the work of Mercedes’ California design studio, by the way.

“It also has a proper soft-top, which re-connects it with its forebears. Inside, the new SL imports the latest MBUX user interface but with some SL-specific twists. There’s active aerodynamics, all-wheel drive for the first time in an SL, and an active rear axle for greater sure-footedness and agility.

“‘We wanted the new SL to return to its origins. It’s a sports car so AMG took over the task of developing the architecture,’ Philipp Schiemer, Mercedes-AMG’s chairman of the board, tells TopGear.com. ‘But it had to be comfortable as well. We had to create the right combination. AMG’s guys are driving dynamics freaks, but the SL has to be completely useable as a daily driver. There’s also a lot of innovation in this car.’

“Various modifications have been made to the engine for duty here: there’s a new oil pan, repositioned intercoolers, active crankcase ventilation, and reworked intake and exhaust. The 63’s turbos run higher boost pressure and achieve even greater airflow, and the software has been tweaked.” 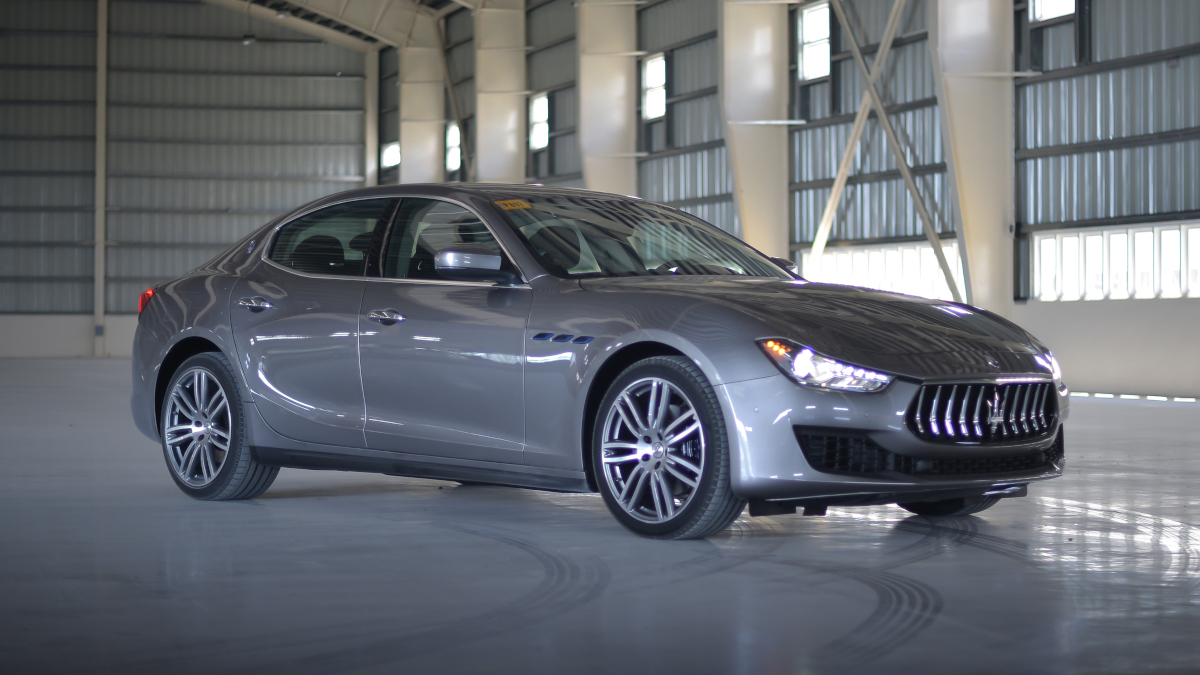 “Any luxury car buyers here looking to go green? Thankfully, Maserati’s latest Philippine release is fit for those trying to make the shift.

“Moderna Motorsports, Maserati’s official local distributor, has just introduced the Ghibli Hybrid for our market. Besides the obvious advantage of having a more environmentally sound powertrain, it brings with it some exterior and interior enhancements exclusive to the variant as well.

“First, let’s talk about what’s powering this thing. Propelling the vehicle is a hybrid setup made up of a 2.0-liter turbocharged four-cylinder engine, a 48v alternator, and an electric supercharger. All these combine for an output of 330hp and 450Nm of torque, while a rear-mounted battery results in supposedly ideal weight distribution.

“The package allows for a top speed of up to 255kph and a 0-100kph time of just 5.7sec. And even with the battery, hybrid Ghibli units weigh 80kg less than their diesel-powered counterparts.

“While the exterior is familiar, it boasts some changes made to highlight the vehicle’s hybrid nature. There’s a new grill on the face, and the air ducts, brake calipers, and badging all get blue accents common with other hybrid offerings.

“On the inside, meanwhile, you’ll find blue contrast stitching, a larger 10.1-inch instrument cluster, as well as an infotainment screen that features improved graphics and a more user-friendly interface.

“It’s an impressive overall package on paper, both in terms of outright performance and small upgrades. The question is whether all this is worth P6.99 million to you.” 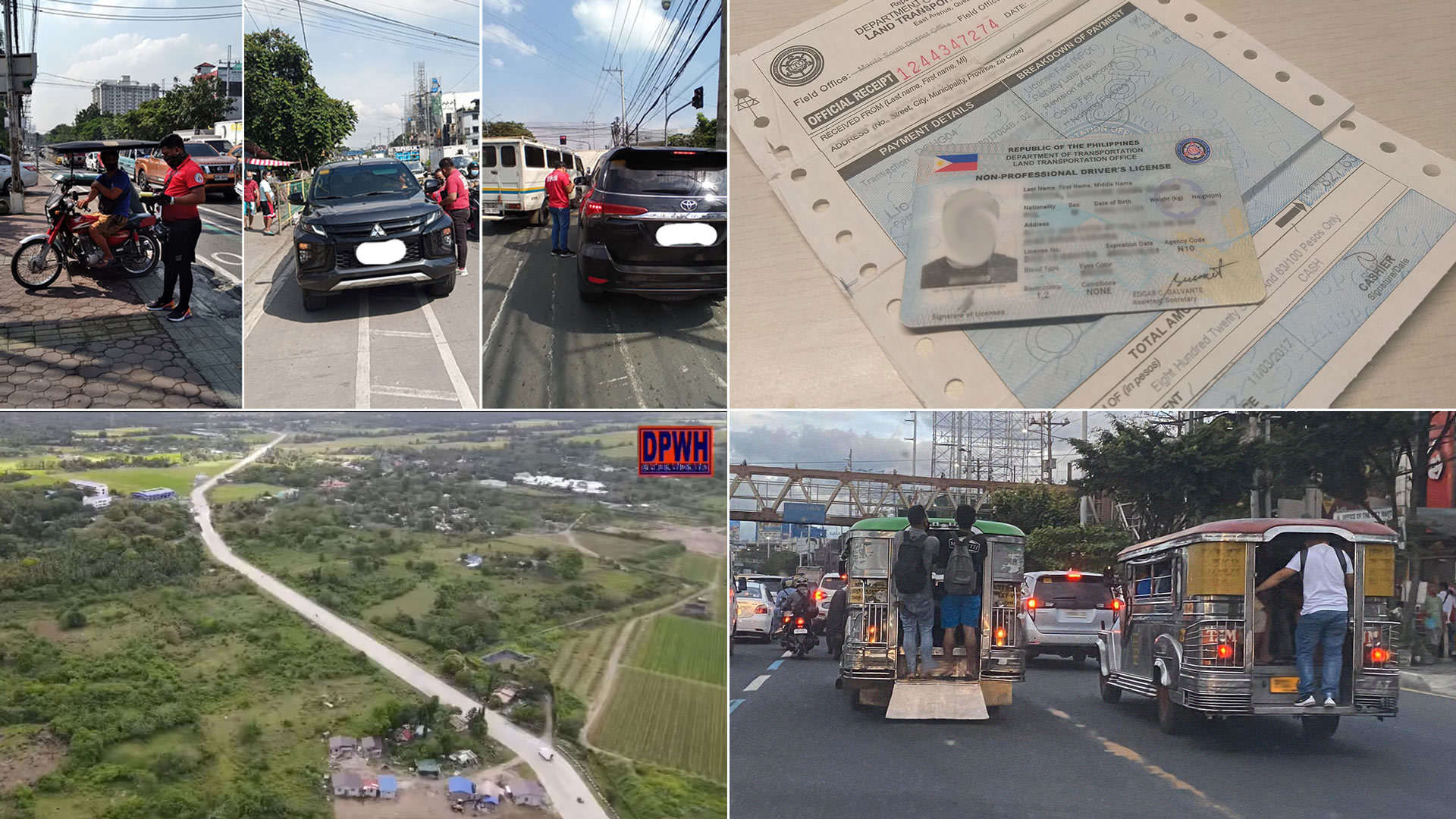