The Honda Civic is one of those cars that cater to a wide audience. Young college kids, middle-aged executives, housewives ferrying the kids to and from school--pretty much everyone seems to love this long-standing model for its mix of style, practicality and driving fun.

If there’s one Civic that many aspire to own, however, it would still be the Type R variant. Boasting an upgraded engine, brakes, suspension and, of course, the requisite badging and aero bits, this car is your cliché Civic on steroids. First seen in 1997 via the EK body, the Type R continues to live on, with the latest iteration rolling off the assembly line in one of the most unexpected of places for a Japanese carmaker--the United Kingdom.

Honda executives and guests witnessed the unveiling of the latest-generation Civic Type R at the Japanese carmaker’s plant in Swindon in the UK. The ceremony was highlighted by three Civic Type Rs driving off the line. To make it even more special, the three cars were painted in red, white and blue.

Revealed to the world in March, the Civic Type R is one of the most anticipated models from Honda. After five long years of absence from the market, this hot hatch can once again tickle the fancy of car buyers. As we've already reported, the car is the most potent of the line to ever come out of the factory after 22 years.

The 2.0-liter four-cylinder engine generates a whopping 306hp and 400Nm, thanks to VTEC variable-valve timing and turbocharging. All this punch is coursed through a six-speed manual gearbox (the way it’s meant to be), and allows the five-door hatch to accelerate from 0 to 100kph in just 5.7 seconds, and reach a terminal velocity of 270kph.

While the latest Civic Type R will only be officially sold in Europe, Honda top brass did reveal that the Swindon plant will be the sole global manufacturing hub for the car. This means that they will likewise build Type Rs for customers all over the world--including its own home market of Japan. As for our little corner of the planet, we’re still keeping our fingers crossed and eagerly awaiting the day when Honda Cars Philippines brings the car in. Until then, the flame of hope for the red 'H' badge will keep burning. 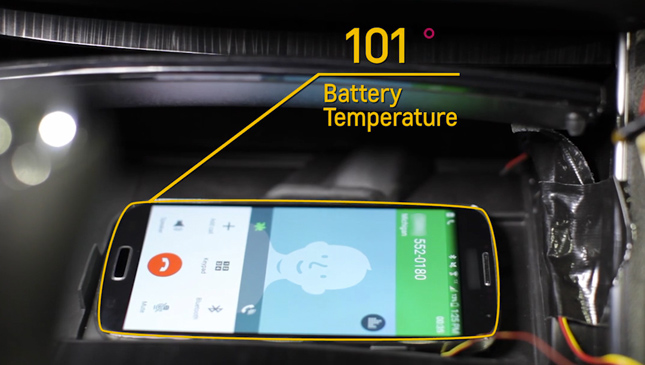 Chevrolet wants us to have literally cool smartphones
View other articles about:
Read the Story →
This article originally appeared on Topgear.com. Minor edits have been made by the TopGear.com.ph editors.
Share:
Retake this Poll
Quiz Results
Share:
Take this Quiz Again
TGP Rating:
/20