With minimal changes to the design
by Vijay Pattni | Sep 14, 2020
CAR BRANDS IN THIS ARTICLE

The upcoming fully-electric variant of the new Maserati MC20 supercar will feature a powertrain delivering more than 700hp, Top Gear has learned.

Ushering in this ‘new era’ for the storied Italian carmaker was of course, the traditional rear-drive MC20, Maserati proudly announcing it to the world with a brand-new gasoline-powered twin-turbo V6 delivering 621hp. However, it has already committed to a convertible version, and a fully-electric MC20 that’ll be even more powerful than this new halo car.

Speaking to Top Gear at the car’s launch event in Modena, the MC20’s ‘model responsible,’ Luigi Sciarretta, confirmed the car will feature a triple electric motor setup: one motor on the front axle, with a pair of motors packaged in the rear. He admitted that because of the electric powertrain and the additional stiffness required to accommodate it, the electric MC20 will be 80-100kg heavier than the gasoline car (itself weighing under 1,500kg).

“Of course, we expect the driving behavior between the battery-electric MC20 and the combustion-engined car to be a little bit different,” Sciarretta said. “But we are confident that we can compensate the performance losses that we have due to the weight, thanks to torque vectoring. 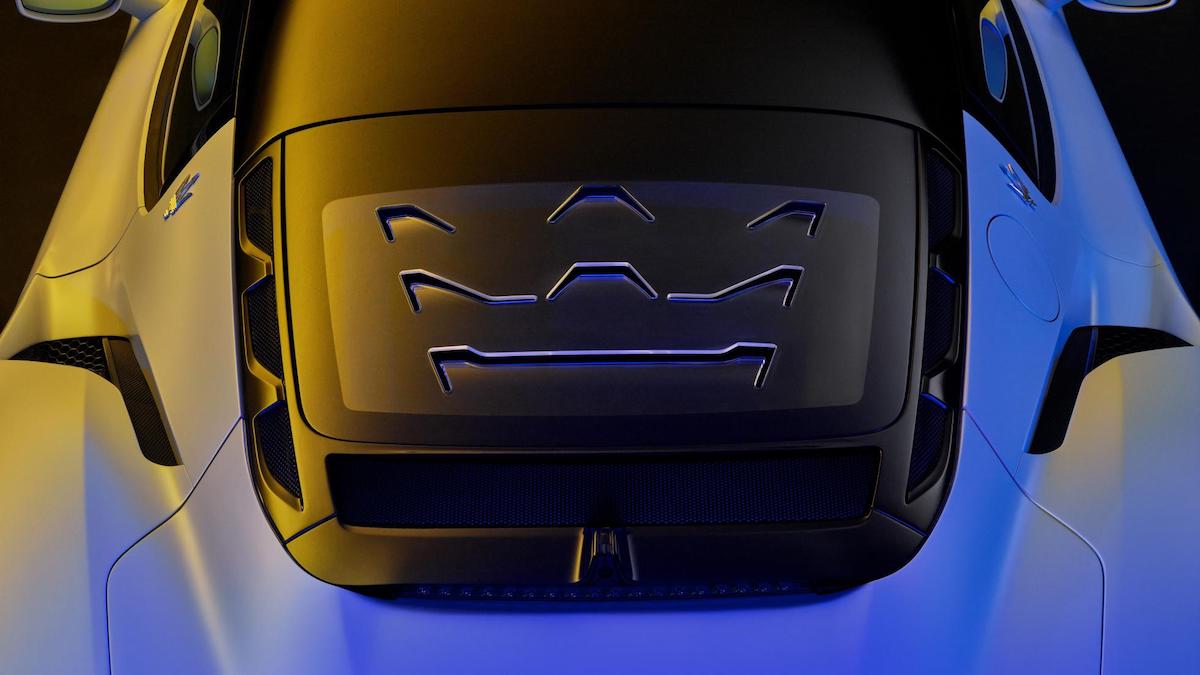 “We have an electric motor on the front axle in the BEV car; that will help manage the vehicle dynamics,” he added. For the V6 MC20, over 90% of the development work was done on a simulator in Maserati’s new ‘Innovation Lab,’ and Sciarretta admitted this was a gamble to begin with, but after seeing the initial results of the concept phase— encompassing a chassis architecture that had to accommodate a road car, a race car, and an electric version—they realized it had ‘paid off.’

“That itself has two big advantages,” he said of developing the car mostly on a sim. “One is the speed with which we could develop the car (the MC20 project was turned around in two years), and also when you only have to tune less than 10% (on the road), we don’t need to have a big trade-off between opposites of performance.”

The electric MC20 won’t look too different from the combustion-engined car, either, according to Maserati design boss Klaus Busse: “Of course with an electric car, there’s a different package, but the biggest different between an internal combustion engine and an electric motor is that you need much less cooling. And in that case, we were able to benefit from the fact that this car is not designed around air intakes. If you solve that area differently, the design does not collapse, like it would maybe on other cars.” 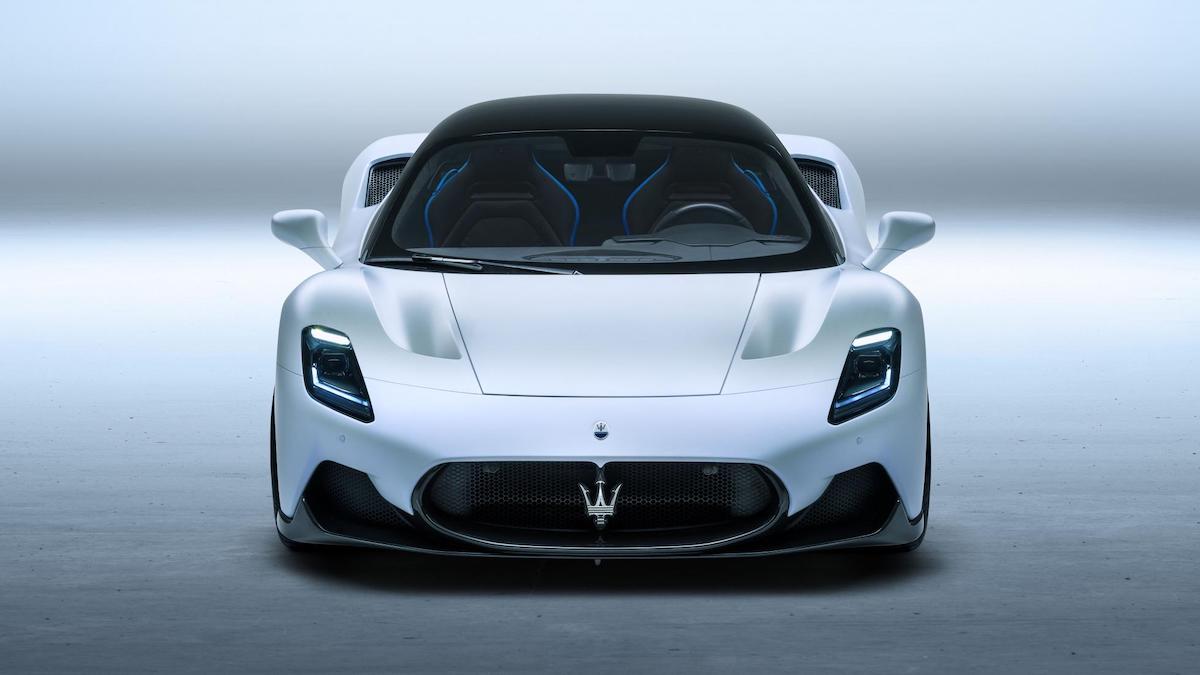 Busse explained how the new MC20 essentially ‘designed itself’ because of the team’s vision to create a purer, cleaner silhouette not beholden to ‘visual noise’ and...air intakes. Widely trumpeted is the MC12 as this MC20’s spiritual predecessor, but Busse went into the archives further.

“Yes, we did look at some amazing Maserati cars of the past, but because we have so few ‘elements’ on the car, it was extremely important to get them right. We entered the project almost assuming that the car will be all about air intakes, and we realized with some clever packaging, it doesn’t have to be that way. We found a way of creating something unique in the market, which speaks ‘Maserati,’ and that does not build on unnecessary details.” 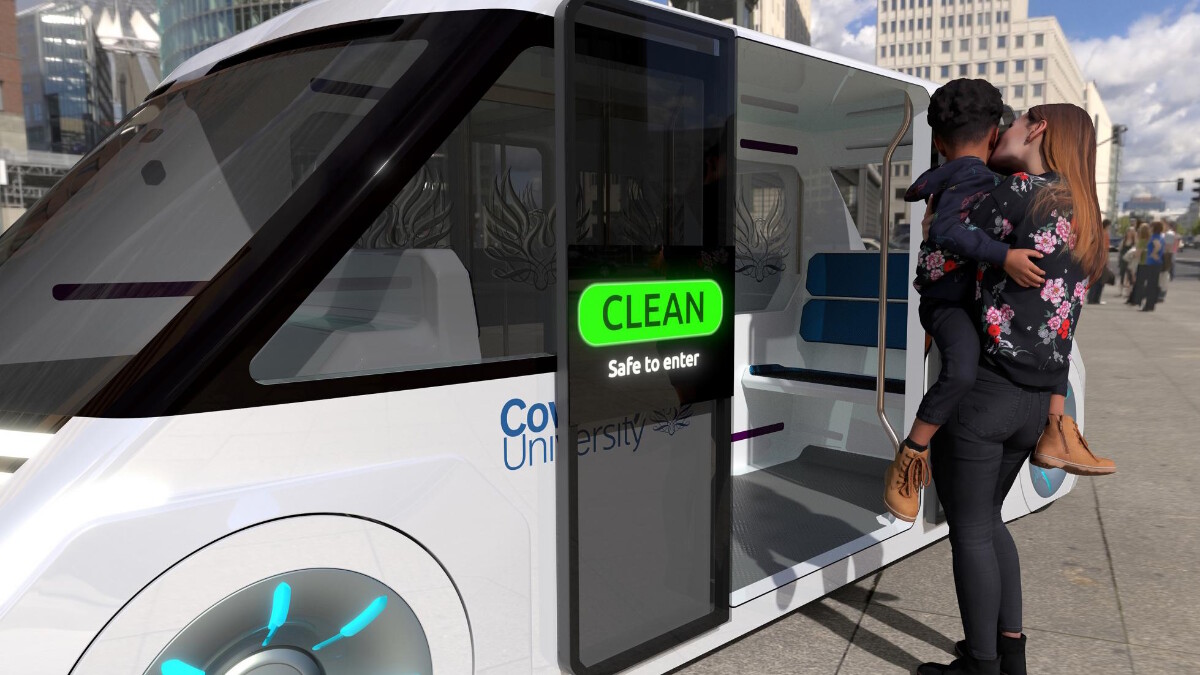 This is what the future of commuting might look like in the post-pandemic era
View other articles about:
Read the Story →
This article originally appeared on Topgear.com. Minor edits have been made by the TopGear.com.ph editors.
Share:
Retake this Poll
Quiz Results
Share:
Take this Quiz Again
TGP Rating:
/20