Those guys are rolling in cash
Dec 6, 2014
CAR BRANDS IN THIS ARTICLE 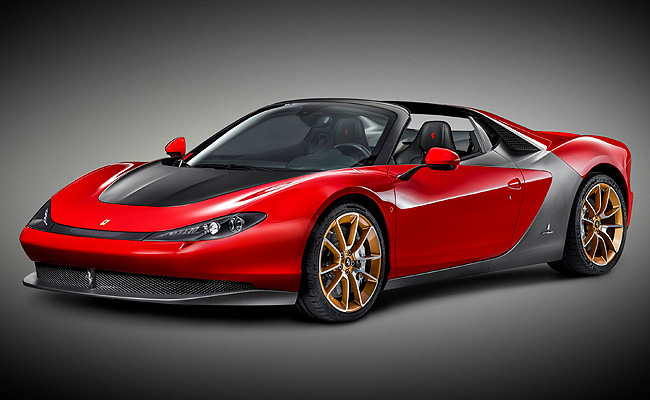 Ferrari has delivered the first of the six limited-edition Sergio roadsters to its owner, the SBH Royal Auto Gallery in the United Arab Emirates. The car is slated to appear at Abu Dhabi's Yas Marina Circuit, where the Finali Mondiali Ferrari is being staged. Abu Dhabi is also home to the Ferrari World theme park.

As we reported in October, the Sergio is based on the concept car of the same name, which Italian design firm and frequent Ferrari partner Pininfarina developed for the 2013 Geneva Motor Show. The name pays homage to Sergio Pininfarina, "who sealed the unique, longstanding partnership with Ferrari."

While the production version is inspired by the concept car, its design is more traditional, with a steeply raked windshield being the most obvious difference between the two. Its front retains the concept's single transparent transverse element headlight, while the rear’s circular taillights are a nod to Ferrari’s history.

Separating the car’s front and rear is a longitudinal black insert, the main styling cue of its design and which, Pininfarina claims, acts as both a dividing and unifying element between the front and the rear. The two-tone theme continues on both the front hood and the rear deck, with the latter featuring the iconic circular air vents seen on other iconic Pininfarina creations from the past.

Each one of the six Ferrari Sergios was configured by its owner in dedicated sessions at the Tailor Made atelier in Maranello. The first example has three-layer red exterior paintwork and black leather upholstery with contrasting red stitching, Alcantara seat inserts, and extensive carbon dash and door panel trim. It also features Sergio-specific forged wheels in gold with a diamond finish.

The Ferrari Sergio’s powertrain is based on the 4.5-liter V8 of the 458 Spider, which produces 605hp and can propel the car from zero to 100kph in just three seconds. 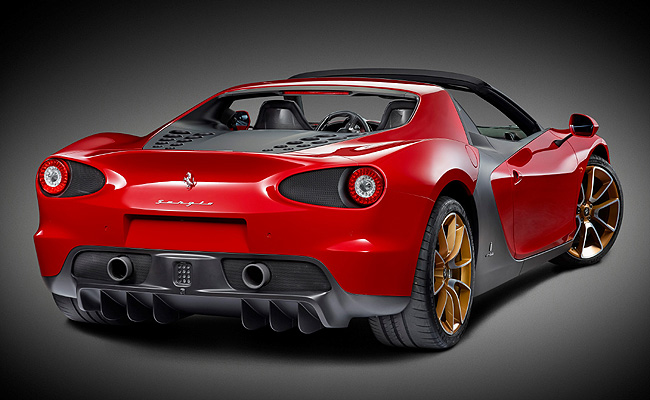 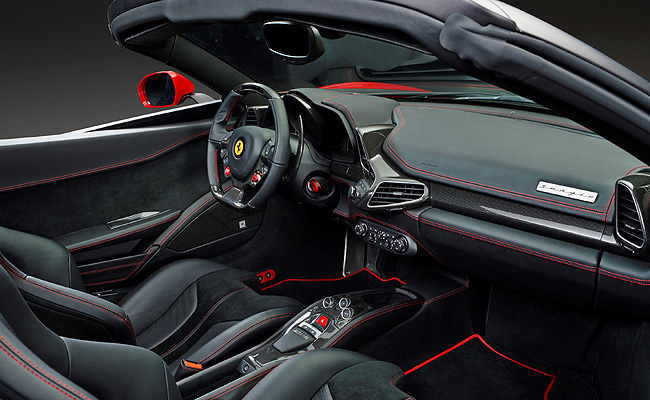 These Honda dealerships are giving away Brio, iPad Airs this Christmas
View other articles about:
Read the Story →
This article originally appeared on Topgear.com. Minor edits have been made by the TopGear.com.ph editors.
Share:
Retake this Poll
Quiz Results
Share:
Take this Quiz Again
TGP Rating:
/20