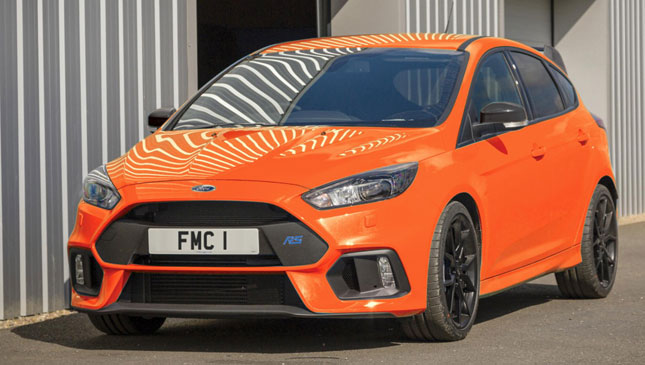 Fast Ford fans, we have a somber date for your diary. On Friday 6 April 2018, the final MkIII Ford Focus RS will burble its way off the Saarlouis factory production line in Germany, and the Drift Mode-equipped hot hatchback’s time will be done. RIP.

It, like the 49 Focus RSs built before it, will all assume a special identity: Ford Focus RS Heritage Edition. Yes, the final 50 RSs will be daubed in the subtle, retiring shade of ‘Deep Orange’. You know when you’ve been Tangoed.

If you’re not sold on the hue—inspired by the classic Ford Escort Mexico no less, as 2018 marks half a century since the Escort arrived in the UK—then the RS Heritage Edition’s spec might sway you.

Basically, it’s got all the toys.

First off, the 2.3-liter turbocharged EcoBoost engine has been, well, boosted. Thanks to a high-flow induction kit and new turbo calibration from Ford’s in-house tuners Mountune, power is up from 345hp to 372hp. Torque’s soared from the standard RS’s 470Nm to 510Nm, meanwhile. Ford’s also added carbon trim and painted the rear wing black. How stealthy.

That’s not all. Since we first met the Focus RS, Ford’s engineers have been working on improvements in the face of fresher hot hatch titans like the Honda Civic Type R. One of their innovations was a Quaife limited-slip front differential, which crept into the options list last year. Guess what? That’s fitted as standard here too.

In fact, the only Focus RS toy not lobbed into the Heritage Edition is the Ken Block-approved hydraulic handbrake ‘drift bar’. Possibly because this is a future classic and it’d be a shame if all 50 were resident in roundabout flowerbeds by Christmas.

And if you’re considering making a canny future investment, then be prepared to pay a premium. A standard Focus RS could instead score you a generously-specced VW Golf R, or a Honda Civic Type R plus change for tires, fuel, and a month’s worth of Nürburgring day passes.

Then again, neither of those are available in orange. 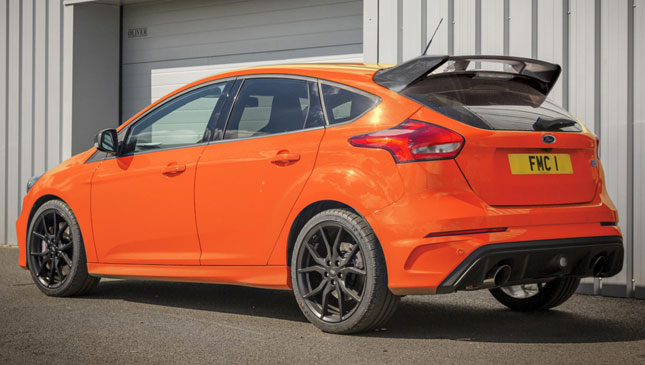 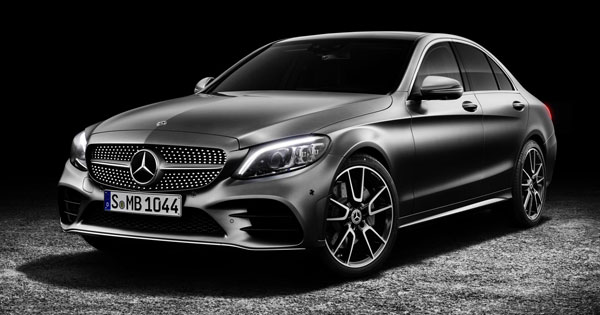 Meet the refreshed Mercedes-Benz C-Class
View other articles about:
Read the Story →
This article originally appeared on Topgear.com. Minor edits have been made by the TopGear.com.ph editors.
Share:
Retake this Poll
Quiz Results
Share:
Take this Quiz Again
TGP Rating:
/20