Approved by Ken Block himself
by Stephen Dobie | Nov 5, 2017
CAR BRANDS IN THIS ARTICLE

First Ford launched its fastest Focus, the 345hp RS, with a Drift Mode. The performance car world rejoiced, and the YouTube servers were bulked up in preparation for copious videos involving ditch and lamppost interfaces.

And now, we have the Drift Stick. It’s described as “the first-ever, rally-inspired electronic handbrake, developed and designed for Focus RS and approved by rally and stunt star Ken Block.”

If that’s not asking for trouble, we don’t know what is. Ford says it’s for track use only, but it says the same thing about the looser ESP modes of the standard RS.

Of course, the potential for fun is off the scale. Drift Stick is the end product of something called ‘Project Wicked Stick’, and is an offshoot of the development of Drift Mode.

It’s an aluminum lever placed by the gear stick, and it works with the car’s all-wheel drive and anti-lock brakes. Pull the lever and it locks the rear wheels to induce drifts and create an experience “very similar” to a rally car. On a road car. That’s reasonably affordable.

“I think it’s really cool that Ford Performance is offering customers a way to create large-angle drifts in the Focus RS,” says Block.

“Obviously it’s something that I’m really passionate about having been a part of the development of the production vehicle, so it’s exciting to see it come to life. It definitely makes the car even more fun to drive.”

While the heroic skids of Block’s Gymkhana videos are catalyzed by a hydraulic handbrake, the substantial modifications that calls for mean an electronic version has proved more effective for production.

You can fit one if you already own an RS, too. And live in the USA or Canada. It costs $999 (P51,000) and requires no welding or drilling, while it doesn’t affect what remains of your Ford warranty, either.

It’s either the best idea ever, or the worst. Have a watch of it in action, and then tell us which side you fall on below. 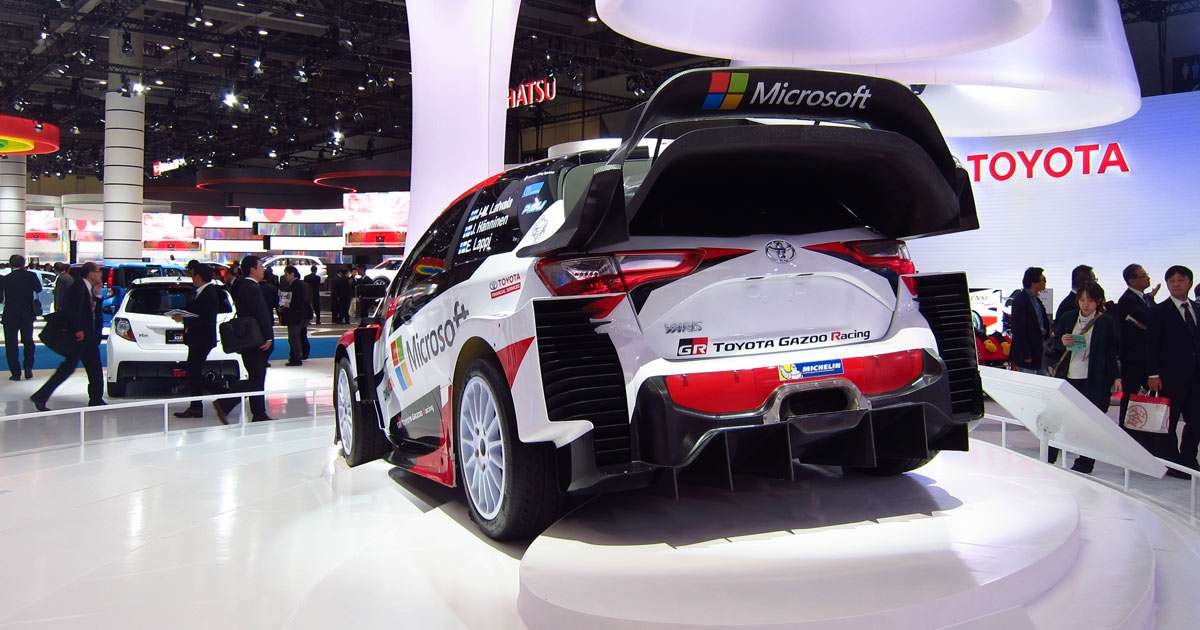 Other Toyota gems at the 2017 Tokyo Motor Show
View other articles about:
Read the Story →
This article originally appeared on Topgear.com. Minor edits have been made by the TopGear.com.ph editors.
Share:
Retake this Poll
Quiz Results
Share:
Take this Quiz Again
TGP Rating:
/20