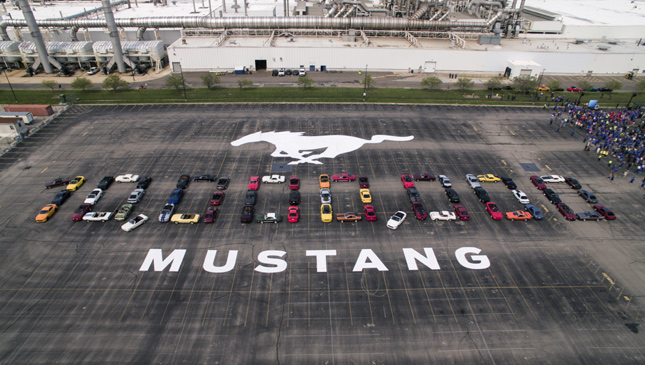 Few nameplates, if any at all, embody the term "muscle car" better than the Ford Mustang. Since its introduction in the '60s, the iconic vehicle has become synonymous with big engines, big speed, and the freedom both provide.

Now, America's most significant contribution to the world of automobiles is celebrating the production of its 10 millionth unit at the company's Flat Rock assembly plant in Michigan. The milestone Mustang is a 460hp GT in 'Wimbledon White'. That's the same color the original VIN001 came in back in 1964.

Ford Motor Company global markets president Jim Farley called the Mustang the heart and soul of the company.  He reminisced during the celebration: "I get the same thrill seeing a Mustang roll down a street in Detroit, London or Beijing that I felt when I bought my first car—a 1966 Mustang coupe that I drove across the country as a teenager. Mustang is a smile-maker in any language."

"A smile-maker in any language." We couldn't have come up with a better description ourselves, Jim. Although we think the Mustang specializes in one language in particular: Loud noises.

Of course, such a celebration wouldn't be complete without spelling it out in cars on an empty factory parking lot, and that is exactly what 60 Mustang owners invited to the event did. After all, a meet up isn't official unless you have an epic drone shot to back it up (see above).

To cap it all off, Ford had a P-51 Mustang—the muscle car's fighter plane namesake—do a flyby. Because few things scream 'America' and 'freedom' as well as fighter jets doing aerial maneuvers overhead.

Here's to the next 10 million units, and America's pursuit of deafening engines and going fast. Congratulations to the Ford Mustang, and more (horse)power to all the fans and owners who made this milestone possible. 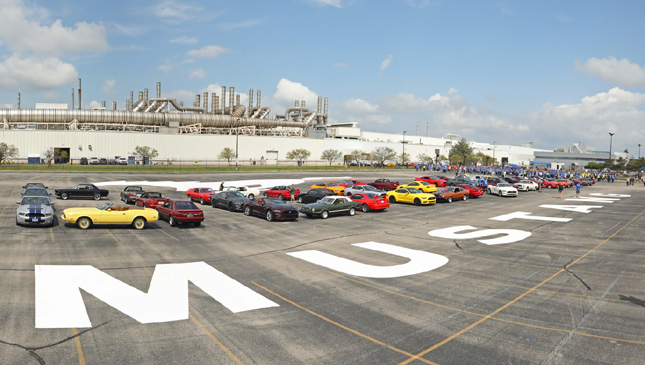 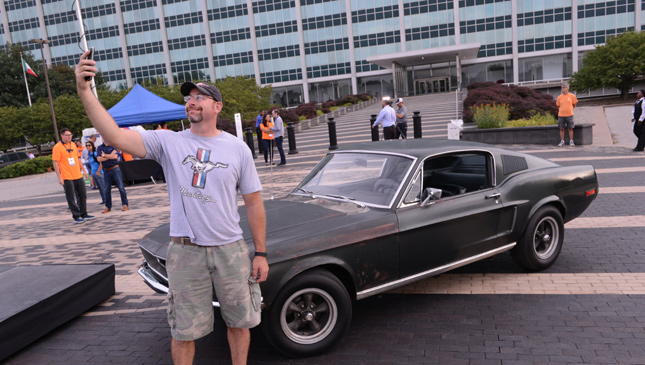 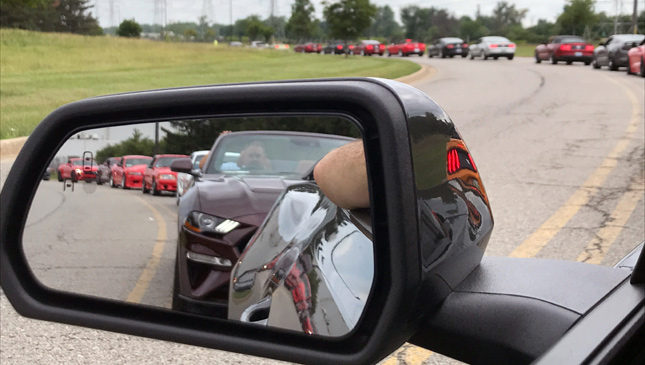 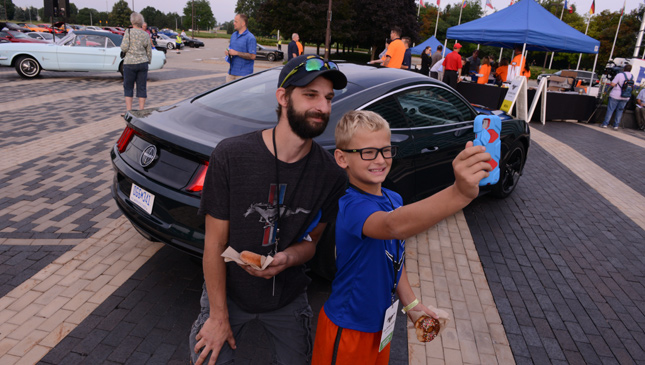 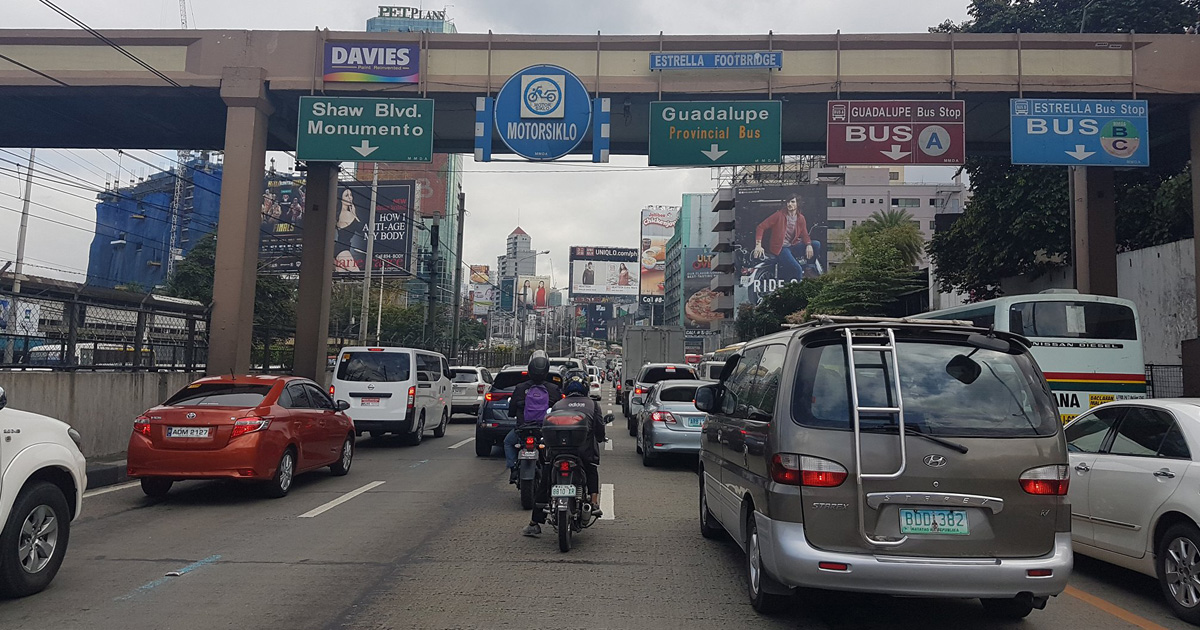