The Ford Mustang Dark Horse is a track-ready ’Stang, fresh from the factory

Ford Mustangs are known for many things. Inventing the entire concept of the pony car, for instance. That one Wilson Pickett song every bar band has played at some point. Bullitt. What it’s rather less famous for—unless you’re American, of course—is racetrack prowess.

But that rather looks like priority one for the new Ford Mustang Dark Horse. A quick rundown of Dark Horse additions—transmission oil cooler, rear axle cooler, auxiliary engine cooler, and improved coolant...um, cooler—all seem to point to a made-for-the-track Mustang. 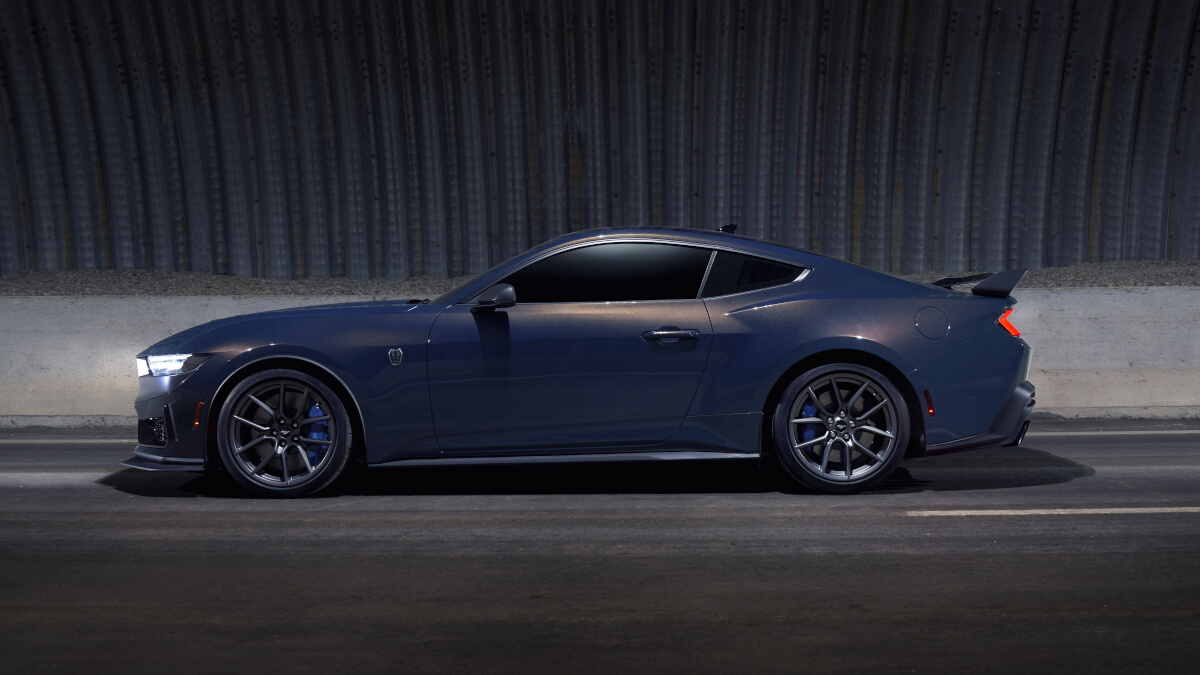 And when Mustang engineers start talking about ‘improved aero’ and ‘NACA ducts for brake cooling,’ we’re pretty sure we understand their intention. But, just in case you’re not convinced, we’ll quote Ford’s official statement directly: “Dark Horse S is designed for the weekend track day enthusiast while Dark Horse R has been developed for racing.” Yep, that feels pretty unequivocal.

OTHER STORIES YOU MIGHT HAVE MISSED:
Behold: The all-new Ford Mustang
LTO revokes licenses of fake HPG, SUV driver in viral convoy

So, what makes a track-day (or indeed race-day) Mustang?

Well, starting with a 500hp 5.0-liter V8 feels: a) quite Mustang-appropriate, and b) like more than enough power for a seriously entertaining time. The updated Coyote V8 gets dual throttle bodies, a new ECU tune, and the conrods from the full-nutter Shelby GT500. Which, if we think about things for a bit, does rather feel like 500hp is more of a starting point for this V8 than a final destination. And likely has something to do with race homologation down the road.

In any case, getting the 500-ish horsepower to the road is the job of a Tremec six-speed manual (unique to the Dark Horse) and a Torsen limited-slip diff. Ford also offers its 10-speed automatic, but that does seem rather beside the point. 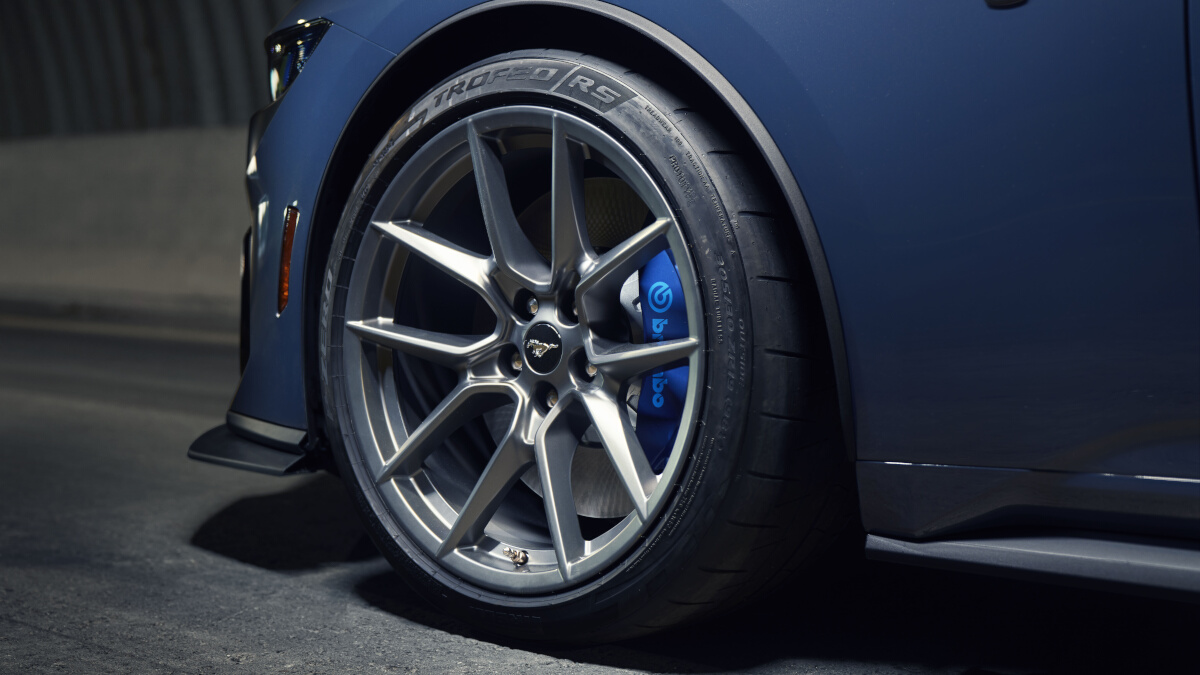 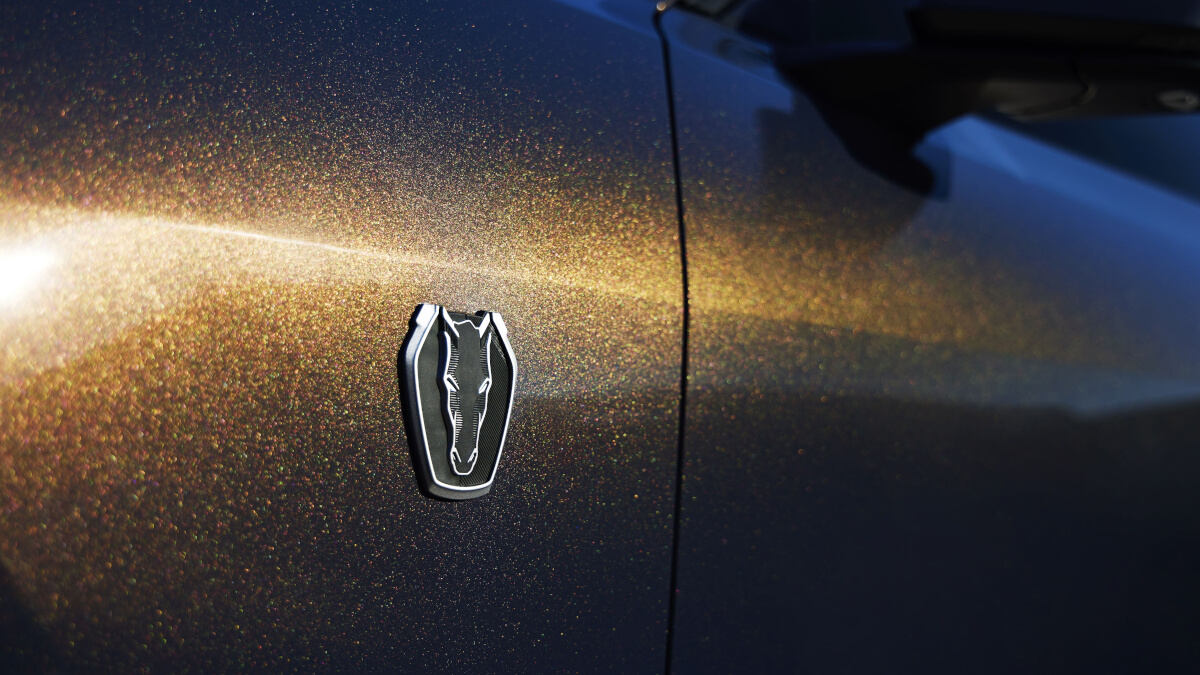 Ford Performance suspension bracing and MagneRide active suspension should make sure the Dark Horse isn’t a demon on a pit straight and a dunce everywhere else, aided by six-piston Brembo brakes and wide, staggered-fit (9.5 inches front, 10 inches rear) wheels as standard. It’ll ship with Pirelli PZ4 rubber, but as track-day people already have their favorites in that regard, we’re more than a little curious how long the PZ4s remain.

Equally curious is the Dark Horse’s optional Handling Package—stiffer springs, bigger sway bars, one-inch wider wheels shod with Pirelli Trofeo tires, and a rear wing with a proper Gurney flap—given its intended purpose. But then as Hammond said way back when, the Mustang really introduced the concept of car options.

The Dark Horse, however, rather outdoes your average option pack by offering a properly track-only Mustang from the factory. Or, more to the point, two. The Ford Mustang Dark Horse S is a fully stripped-out, track-ready Mustang with all the necessary safety kit, as well as an adjustable rear wing, Multimatic DSSV dampers, and even a pit speed limiter. Move up to the Dark Horse R and you’ll get seam welding, a long-range fuel cell, Ford Performance wheels, and “special serialization that approves it for racing.” Which we don’t fully understand, but we at least understand the purpose. 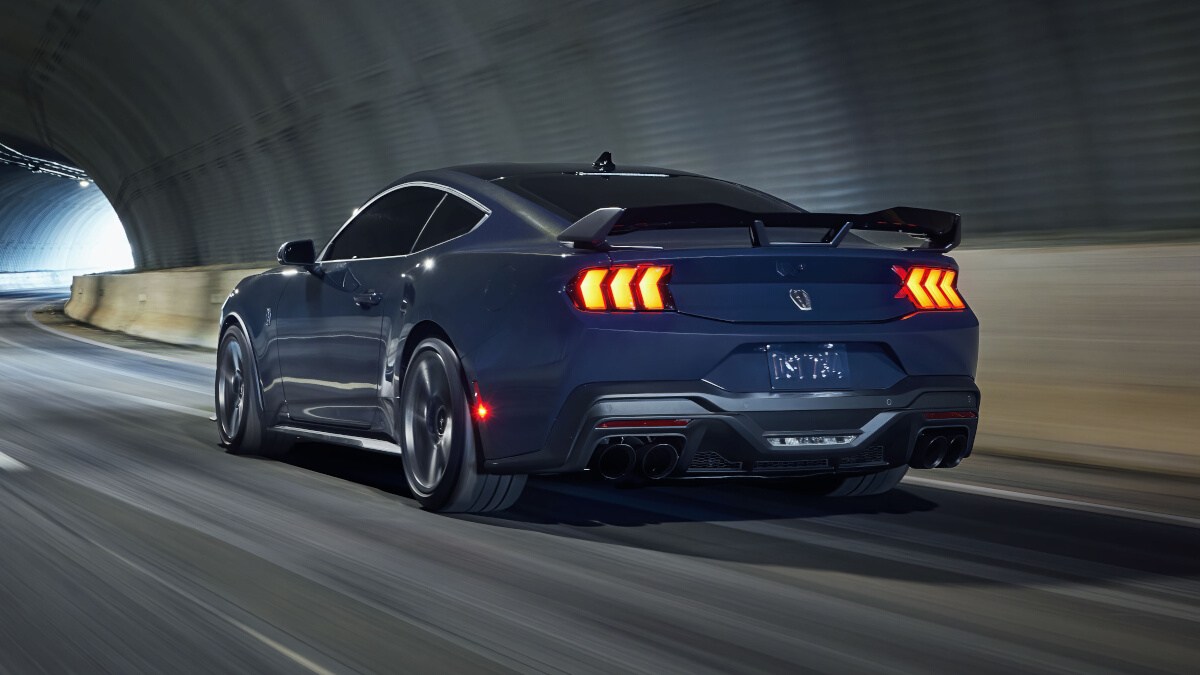 And we also understand what Ford’s doing here. As well as being an awesome-looking track-day car, the Dark Horse is the springboard (and the pommel horse, hyuk hyuk) for Ford’s big motorsports push over the coming years. A new version of the Australian Supercars Mustang will arrive next year, followed by new ’Stangs for NASCAR and in the NHRA’s Factory X division, while a factory-backed Mustang GT3 IMSA will run at Daytona in 2024. Ford is also offering customer versions of its GT3-class Mustang, as well as one homologated for GT4.

So, in a couple of years’ time, we might be in a position where Ford’s pony car is known for racetrack prowess. 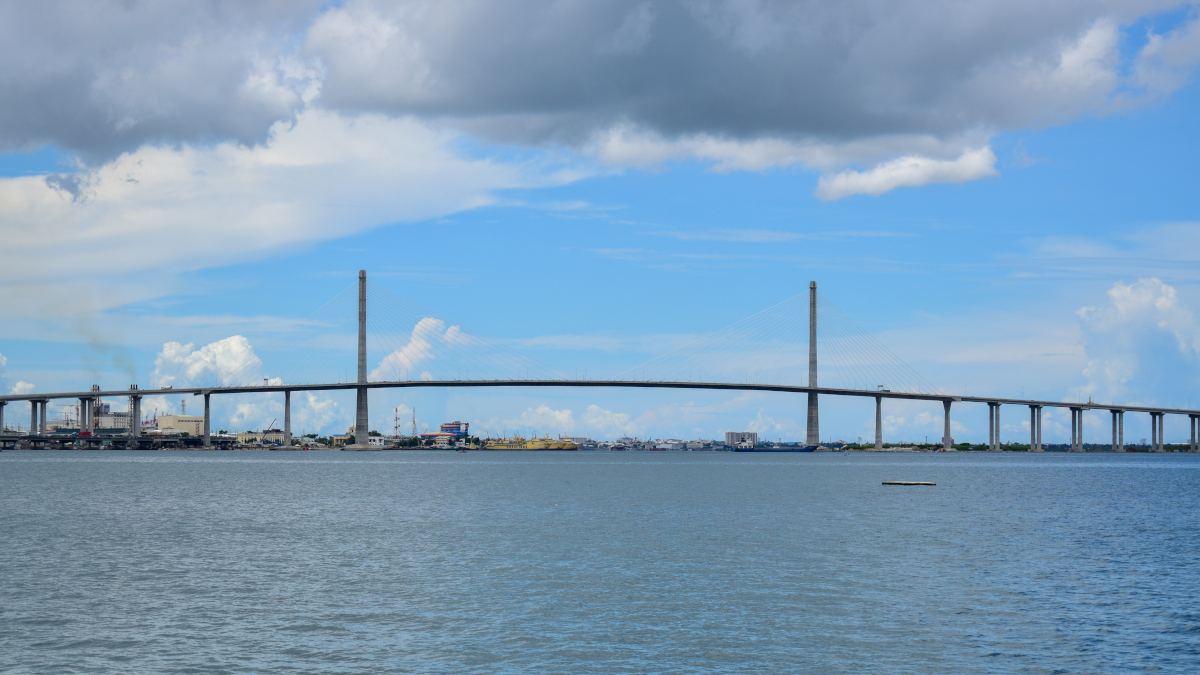