Electric vehicles, autonomous driving, car manufacturers getting in on the cryptocurrency game—all of these topics are ones that have the potential to strike a nerve during automotive discussions. None, though, can strike fear in the hearts of purists like the idea of the manual transmission going extinct.

If you’re a fan of the Ford Mustang, you can rest easy. The American carmaker has confirmed, albeit ever so subtly, that the next iteration of its iconic muscle car will still come with a stick.

Phew. We think we just heard everyone breathe a collective sigh of relief. Ford had you sweating bullets for a while, didn’t it?

Anyway, the revelation was made recently when the brand announced that the seventh-generation Mustang will be manufactured at the company’s Flat Rock, Michigan assembly facility. Look:

Did you miss it? If you pay close attention, you’ll notice that the ‘O’ in ‘generation’ features the layout of a six-speed manual transmission. Sneaky.

That’s about it so far when it comes to anything official about the all-new Ford Mustang. The car brand, however, did tell followers to ‘stay tuned,’ so expect more news regarding a release to surface in the near future.

An all-electric Ford Mustang muscle car? So be it. A Mustang lineup without a manual option? Grab the pitchforks and light up them torches. 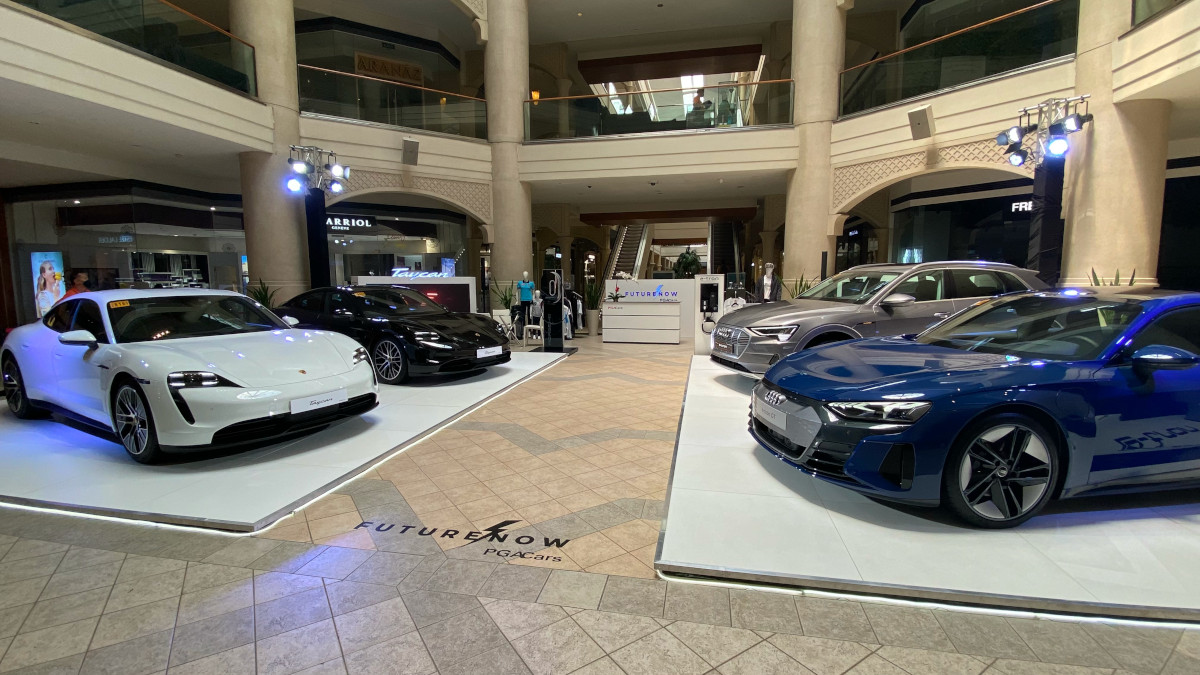 14 Images: This Porsche x Audi EV showcase is the one mall display to check out this weekend
View other articles about:
Recommended Videos
Read the Story →
This article originally appeared on Topgear.com. Minor edits have been made by the TopGear.com.ph editors.
Share:
Retake this Poll
Quiz Results
Share:
Take this Quiz Again
TGP Rating:
/20