Only 64 units to be sold locally
by Patrick Everett Tadeo | Dec 13, 2014
CAR MODELS IN THIS ARTICLE 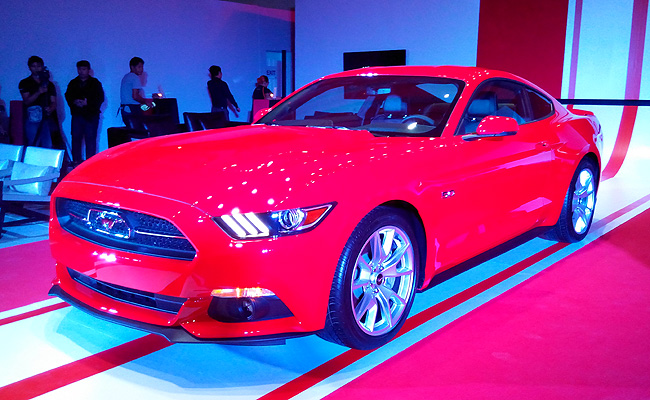 Call it an advance Christmas gift to Ford Philippines' customers, particularly those who have bought the fifth-generation Mustang. That's because, through its dealerships, Ford has sent out invitations to its customers to check out the all-new, sixth-generation 50th Anniversary Limited Edition Mustang.

Based on the production-version sixth-generation Mustang, the 50 Years Limited Edition model is equipped with the same 5.0-liter V8 engine of the standard car and packs 435hp and 542Nm under the hood. Cog-swapping is done through a six-speed SelectShift automatic transmission via the steering wheel-mounted paddle shifters.

What differentiates it from the standard sixth-gen Mustang are the 50th-anniversary touches like the trapezoidal grille and the chrome-like frame around the Mustang logo, which can also be found on the three taillight blades. Of course, 50th-anniversary badges can also be found all over the car, like on the large faux gas cap on the rear fascia, and on the passenger side of the dashboard. Capping all these are the 19-inch Luster Nickel-painted aluminum wheels.

Still, the US-market 50 Years Limited Edition Mustang has features that ours won't get, like the louvered rear quarter-windows and the optional six-speed manual gearbox.

"The iconic Mustang continues to attract customers who are eager to take it for a spin," said Ford Philippines managing director Kay Hart. "With the 50 Years Limited Edition all-new Mustang, our customers will get to experience the Mustang on a whole new level. It’s an instantly classic car that is completely new."

Only 64 units--in honor of the Mustang nameplate's 1964 debut--of the 50 Years Limited Edition will be sold locally at a price of P3.099 million, with delivery of the cars starting in March 2015.

Currently being held at an undisclosed location in Makati, the 50 Years Limited Edition Ford Mustang by-invitation-only affair will run until tomorrow, December 14. 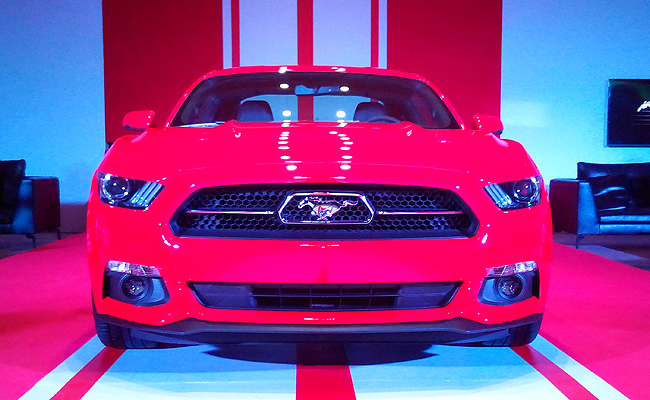 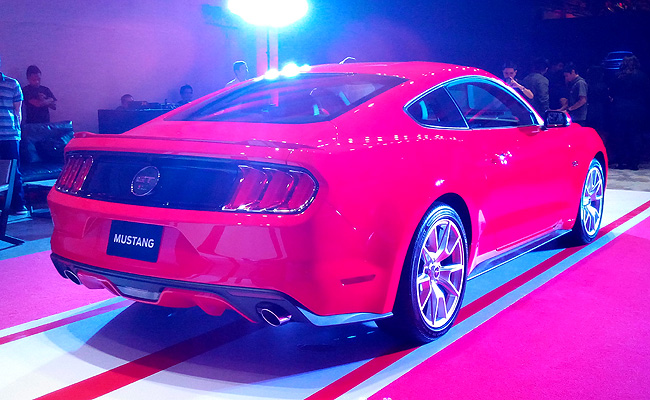 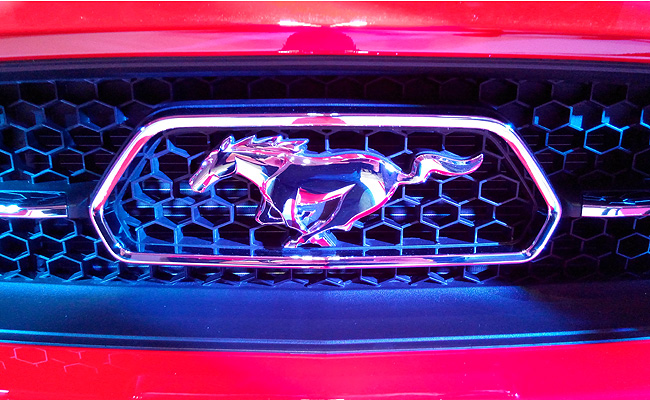 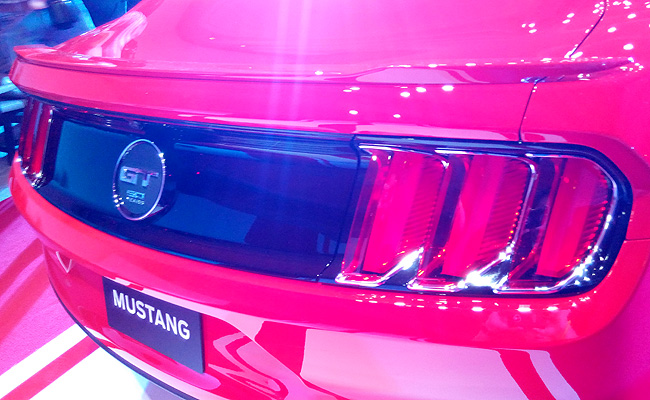 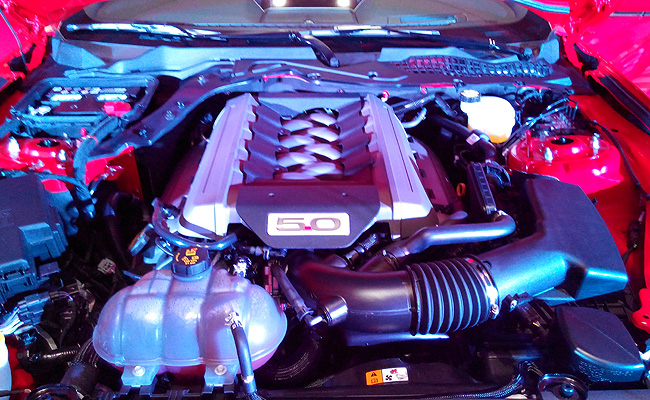 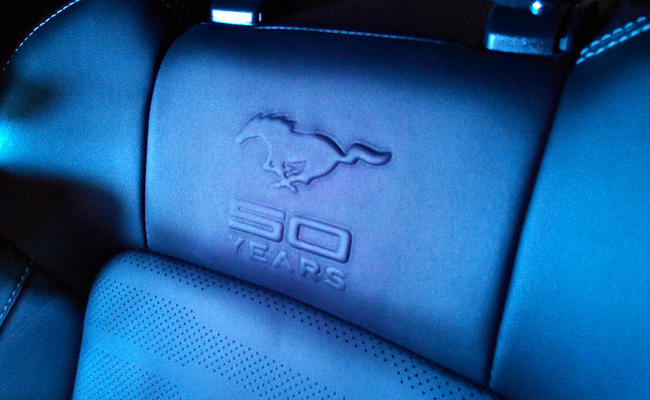 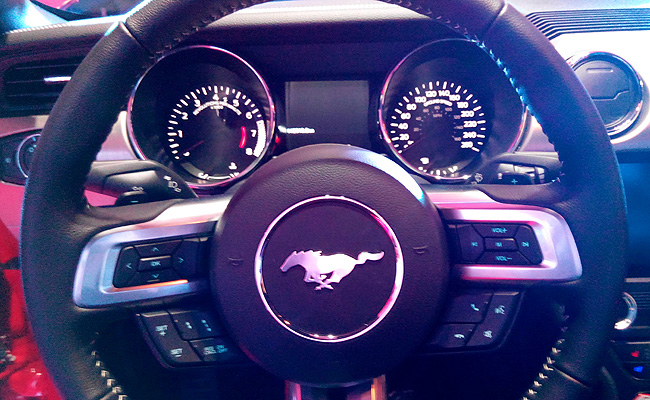 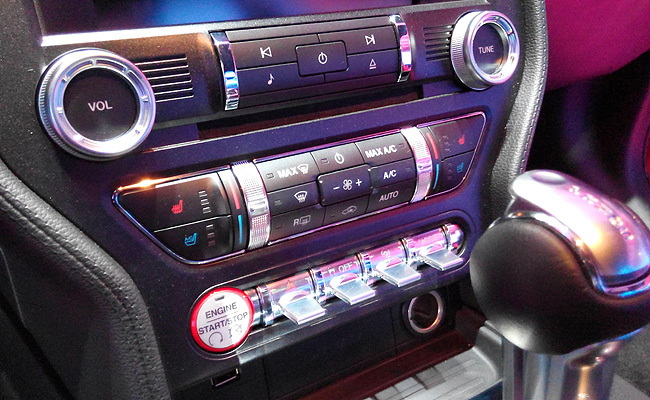 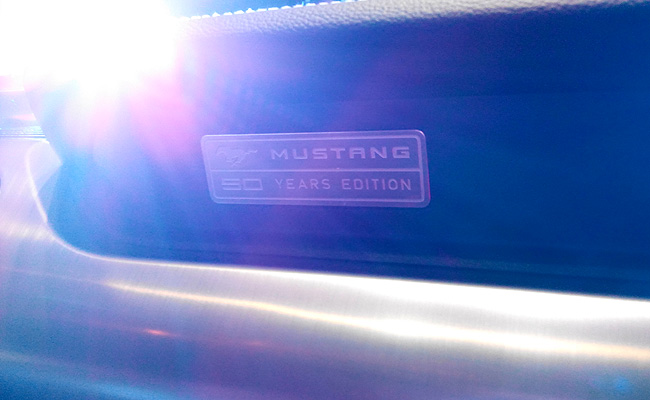 Kids and kids at heart, you should not miss this Christmas bazaar
View other articles about:
Read the Story →
This article originally appeared on Topgear.com. Minor edits have been made by the TopGear.com.ph editors.
Share:
Retake this Poll
Quiz Results
Share:
Take this Quiz Again
TGP Rating:
/20