At last, we witness the big unveil
by Paulo Rafael Subido | Feb 7, 2018
CAR BRANDS IN THIS ARTICLE 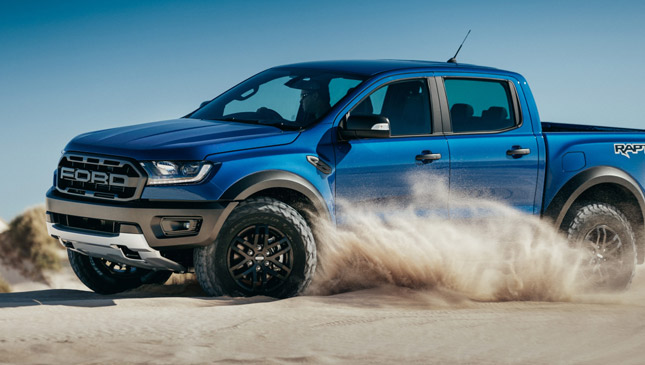 After the recent announcement that Ford Philippines will be launching new models this year—the Ranger Raptor, the Ranger, the all-new Expedition aluminum body, the refreshed Mustang and Mustang convertible, the new Explorer, the EcoSport, and the Everest—we finally got to see the Ranger Raptor in the metal.

No surprise here as the hype surrounding the Ranger Raptor—not to be confused with the F-150 Raptor—is huge. In fact, when Ford PH managing director Bertrand Lessard first met the media last year, he proclaimed that the Ranger Raptor will indeed be sold in the Philippines.

Huge buzz has been surrounding this vehicle, especially as the original F-150 Raptor version is a badass pickup. Its 450hp twin-turbo 3.5-liter V6 and zero to 100kph in 5.1 seconds time is the stuff of dreams. And let’s not forget the videos of it flying through the air.

The F-150 Raptor has already appeared in the Top Gear TV show, driven with wild abandon by Jeremy Clarkson. But that was the F-150-derived version. A number of gray-market F-150 Raptor imports have surfaced locally, too, and a common local modification is to install faux Raptor grilles on Rangers. That’s how big a deal the Raptor name is. Anyway, enthusiasts and fans can finally get the real thing this year—in Ranger Raptor guise.

The Ranger Raptor is an all-new variant that will fill the void in the midsize performance pickup market. There are currently no hot-rodded-from-the-factory pickups in Philippines. But if the size of the aftermarket industry that caters to these midsize pickups (and SUVs) is any indication, pickup drivers have been craving for one for years now.

Here are some quick specs: The Ranger Raptor has a wider track and coilovers all around. This long-travel suspension is ideal for driving in extreme conditions. The frame is also stiffened, and the shock towers have been strengthened to handle extreme off-road impacts.

The position-sensitive dampers are the crown jewel of the Raptor. They are built with racing specifications in mind and give this model the unparalleled off-road performance. These are very expensive, and developed by aftermarket specialist Fox. The Ranger Raptor was built with F-150 Raptor DNA, but according to the engineers, there is only one F-150 Raptor, and one Ranger Raptor. They are two unique vehicles.

Under the hood is a new 2.0-liter bi-turbo engine that develops 210hp and 500Nm, mated to a 10-speed automatic transmission. The motor is stronger and tougher than the outgoing 3.2-liter. The transmission is the same one used in the F-150 Raptor. Coolness.

Because the Ranger Raptor has a performance bump over the standard Ranger that the Philippine market is familiar with—which is already no slouch in stock form—we have a feeling that it will be a breakaway hit. Wait for our follow-up story about the specifications. In the meantime, here are photos given out during the Bangkok reveal. 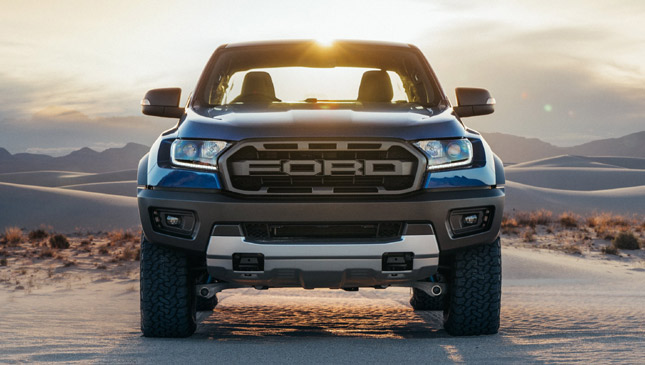 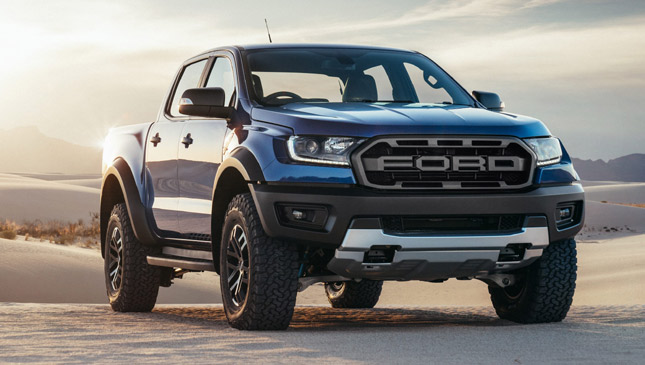 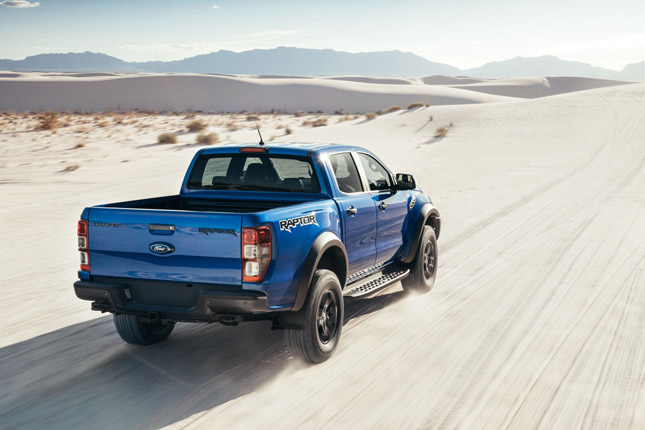 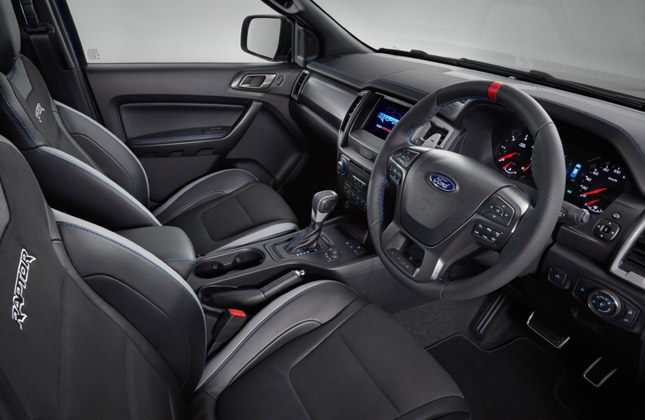 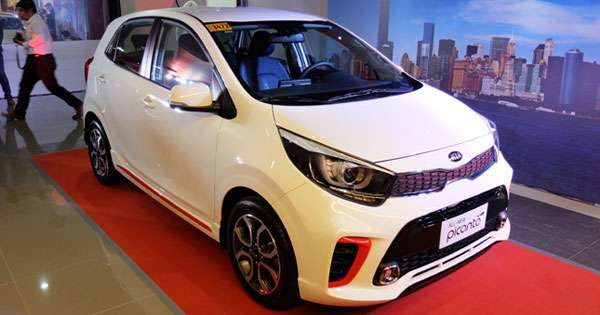 Report: Ayala wants to be the exclusive Kia distributor in PH
View other articles about:
Read the Story →
This article originally appeared on Topgear.com. Minor edits have been made by the TopGear.com.ph editors.
Share:
Retake this Poll
Quiz Results
Share:
Take this Quiz Again
TGP Rating:
/20