Guys, the official photos of the all-new Kia Sportage

by Gerard Jude Castillo | Sep 2, 2015
CAR BRANDS IN THIS ARTICLE 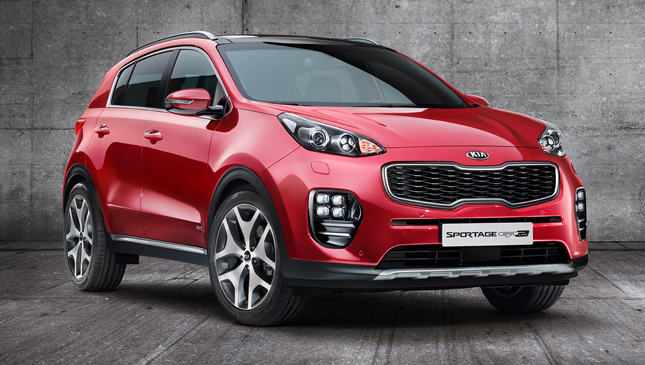 Last month, we recently showed you an image or two of what the new Kia Sportage would look like. While it was pretty much a sketch released by the Korean carmaker, it did give us a good idea of what the next-generation model might be--a sporty and bold-looking crossover. The new Sportage is set to be unveiled at the Frankfurt Motor Show this month, so Kia has sent out a few more photos, this time showing the compact SUV in the metal--no camouflage, no disguises.

This is the real thing.

What is most noticeable about the new, fourth-generation Sportage is its new face. It is bolder, with the tiger-nose grille sitting prominently front and center. The signature styling detail is set in between the more swept-back headlamp clusters on either side. Notice, too, that the grille isn’t integrated with the headlamps, as with most other vehicles today. Rather, it sits lower for a sportier countenance. This gives the Sportage a more upscale touch as well.

Kia designers describe the new look as a mix between sharp and smooth. The mix between these two contrasting elements can be seen in the way the car carries its lines. Apart from the bold face, it likewise has a more swoopy yet sharper profile, an evolution of the outgoing model, and which isn’t necessarily a bad thing. The longer front overhang is offset by the shorter rear overhang. The roofline, meanwhile, tapers just a bit toward the rear, accentuating the powerful stance created by this design. This bold impression is further heightened by the more pronounced wheel arches, the body character lines, and the flowing bodywork all throughout the compact SUV.

But what’s really striking about the upcoming Sportage is the rear. The slim taillights contrast nicely with the large “surface volume” creases and bodywork, reminiscent of the 2013 Kia Provo concept car. It’s actually a nice touch, enhancing the compact SUV’s sportier and more youthful vibe.

There are no details about technical specifications as of press time. There aren’t even any shots of the interior just yet. But you can bet that we’ll give all these to you as they unfold. The 2016 Kia Sportage will have a full global reveal at the Frankfurt Motor Show in two weeks. If this is what the Hyundai Tucson will go up against, Kia’s counterpart should be fretting. 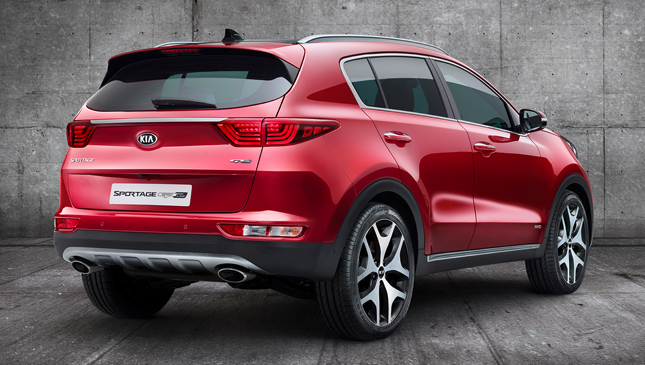 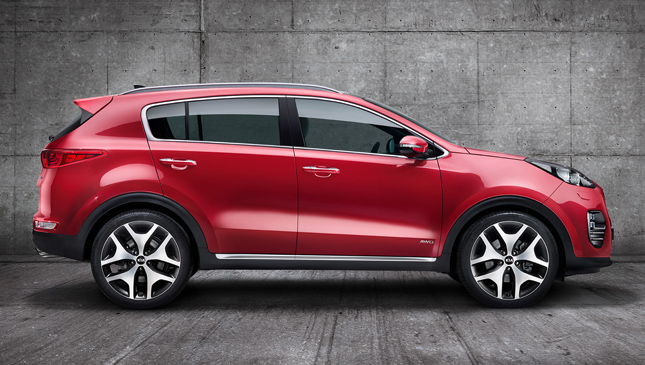 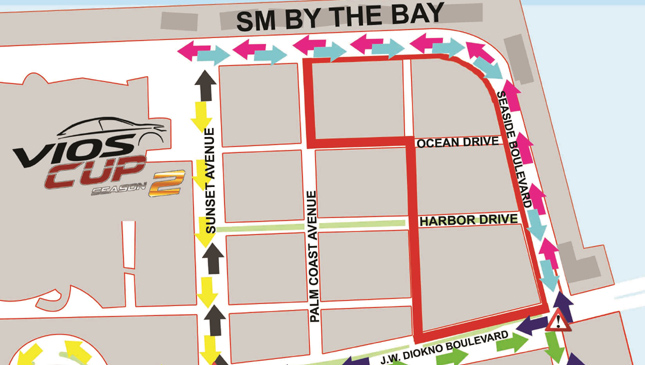