Our technical editor tries to explain what happened
by Ferman Lao | Oct 7, 2013
CAR MODELS IN THIS ARTICLE 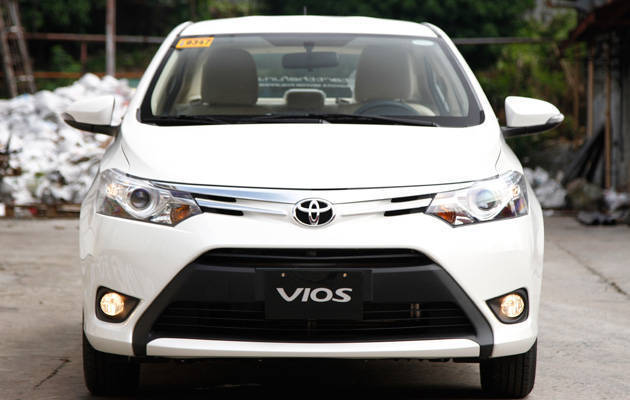 In our September issue, our staff writer Patrick Tadeo reported that he encountered less-than-stellar fuel economy with the all-new Toyota Vios 1.5 G equipped with automatic transmission. This was according to the vehicle's built-in fuel-consumption computer. He wrote: "After a week of city driving, the built-in fuel-consumption counter showed just 4.9km/L. It was only through some high-speed, late-night runs on the metro's major thoroughfares that we were able to bring it up to 6km/L."

How can the new Vios be more fuel-hungry than the outgoing model? Particularly when it has a reputation among public transport operators and private owners alike for being one of the most miserly and economical vehicles on the road. The fact that Toyota claims a rated combined city and highway fuel consumption of 16km/L doesn't help matters either.

To appreciate the situation better, let's take a closer look.

Before trip and fuel-consumption computers became more common, the only way you could determine your vehicle's fuel consumption was to set your odometer to zero when you filled up full tank and divide the kilometers racked up with the number of liters it would require to fill up the tank the next time around. This would give you an approximate number of kilometers traveled per liter of fuel consumed. I say approximate, because that method doesn't tell you what you consumed, just the amount of fuel that's put into your tank when you refill. And you don't necessarily get the exact same amount of fuel that you do each and every time. But for most of us, using that method over a period of time is the most practical way and consistent way of monitoring our fuel consumption. You can even use the method to determine if the station you fill up at does any sort of shortchanging, but only when you fill up full tank each and every time. Partial filler-uppers won't notice the difference.

The problem with that method, however, is you can't rely on it as a foolproof standard because of the uncontrolled and possibly unknown variables involved. A few of which have already been mentioned.

Fuel-consumption computers work in a similar way (to a certain extent), but use more information to do so. To show a fuel-consumption reading based on whatever data they have been programmed to gather, these on-board computers measure the amount of fuel in the tank, and then get the current vehicle speed, the engine load conditions and the distance traveled up to that point in time since you last reset the trip meter to zero. It's all done live, in real time, and if you notice in a vehicle that is so equipped, there is a "current fuel consumption" display and an "average fuel consumption" display.

The "current" one shows what the computed fuel consumption is if the driver continues to drive in the manner that he/she is doing at that point in time. The reading could at times be very high--as high as 20+km/L or more when coasting--or at times very low--perhaps 4km/L or less under heavy acceleration.

The "average" display, on the other hand, shows the computed average fuel consumption from the time the trip meter was set to zero up until the point in time when you are looking at it. All of it is usually cross-referenced with the amount of fuel in the tank.

Now, if you reset the trip meter to zero--whether accidentally or intentionally--with less than a full tank, the readings may get skewed on some cars. It will all depend on what the specific method, formula and variables taken into account by the particular brand to determine the computed fuel consumption.

Whatever the case, the fuel-consumption computer will be accurate according to the parameters that it has been programmed to take into account. Any changes--like unknowingly equipping the vehicle with smaller or bigger tire diameter--will also skew the results. Be aware of this when you get aftermarket wheels and tires.

Patrick tells me that he set the trip computer to zero when he received the unit, with the fuel-gauge needle pointing to the maximum level, but he doesn't recall what the kilometer reading was when he did so. He also tells me that the driving conditions he encountered were mostly heavy and slow stop-and-go traffic, a bane for the fuel economy of any vehicle. The conditions only eased up during the latter part of the test period.

Quite frankly, without knowing the exact specifics of how the fuel computer works on the test unit he had (which also happened to be an automatic variant, making it less economical than a manual-transmission variant), or the number of kilometers that had already been run by the car when he set the trip meter to zero, we won't really know for sure if the Toyota Vios 1.5 G will be a gas-guzzler or not over the long term. Another thing to consider is the fact that the test unit had only registered about 100km when Patrick got it. In general, most new vehicles will have slightly better fuel economy after logging a lot more kilometers than that.

What we do know is that at the time Patrick had it--in the condition he had it and under the driving conditions described above--the fuel computer readout should be correct.

Verdict: We say we need a longer stint with the car under normal driving conditions.

EDITOR'S NOTE: We decided to come up with this piece after Toyota Motor Philippines politely questioned the fuel-mileage result of our Vios test drive. 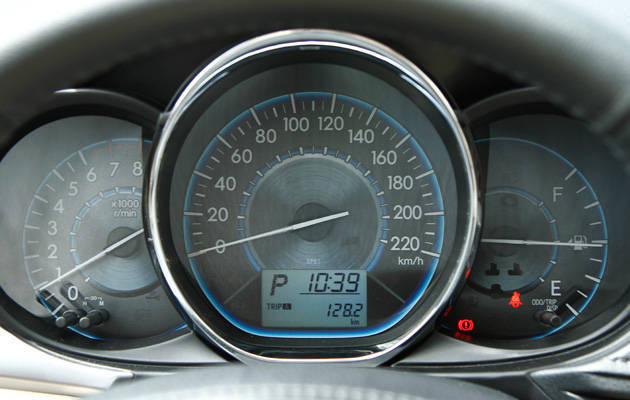 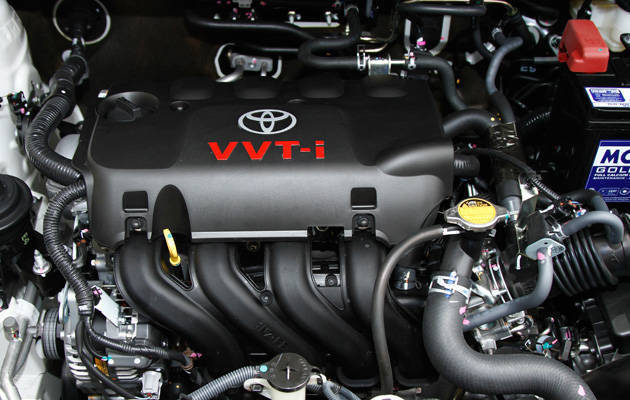 Mercedes-Benz launches all-new S-Class in China; PH is next
View other articles about:
Read the Story →
This article originally appeared on Topgear.com. Minor edits have been made by the TopGear.com.ph editors.
Share:
Retake this Poll
Quiz Results
Share:
Take this Quiz Again
TGP Rating:
/20