1 of 25 only: Land Rover re-revives the Defender Trophy

Land Rover’s Classic division has found 25 Defenders down the back of a factory sofa in Solihull and plans to sell them with a camouflage-style livery inspired by places around the world the venerable off-roader has driven over.

Each lucky buyer of the tarted up 4x4s will also be invited to a three-day Trophy competition organized by the company, when they can do some off-roading and make friends with like-minded people who also like to avoid tarmac surfaces.

They’ll also get a nice watch from Elliot Brown that’s been inspired by the ‘Classic Defender Works V8 Trophy II’, as the limited edition collectible is being called. Land Rover sold a batch of Works V8 Trophy Defenders back in 2021, all of them finished in a beige-y yellow. 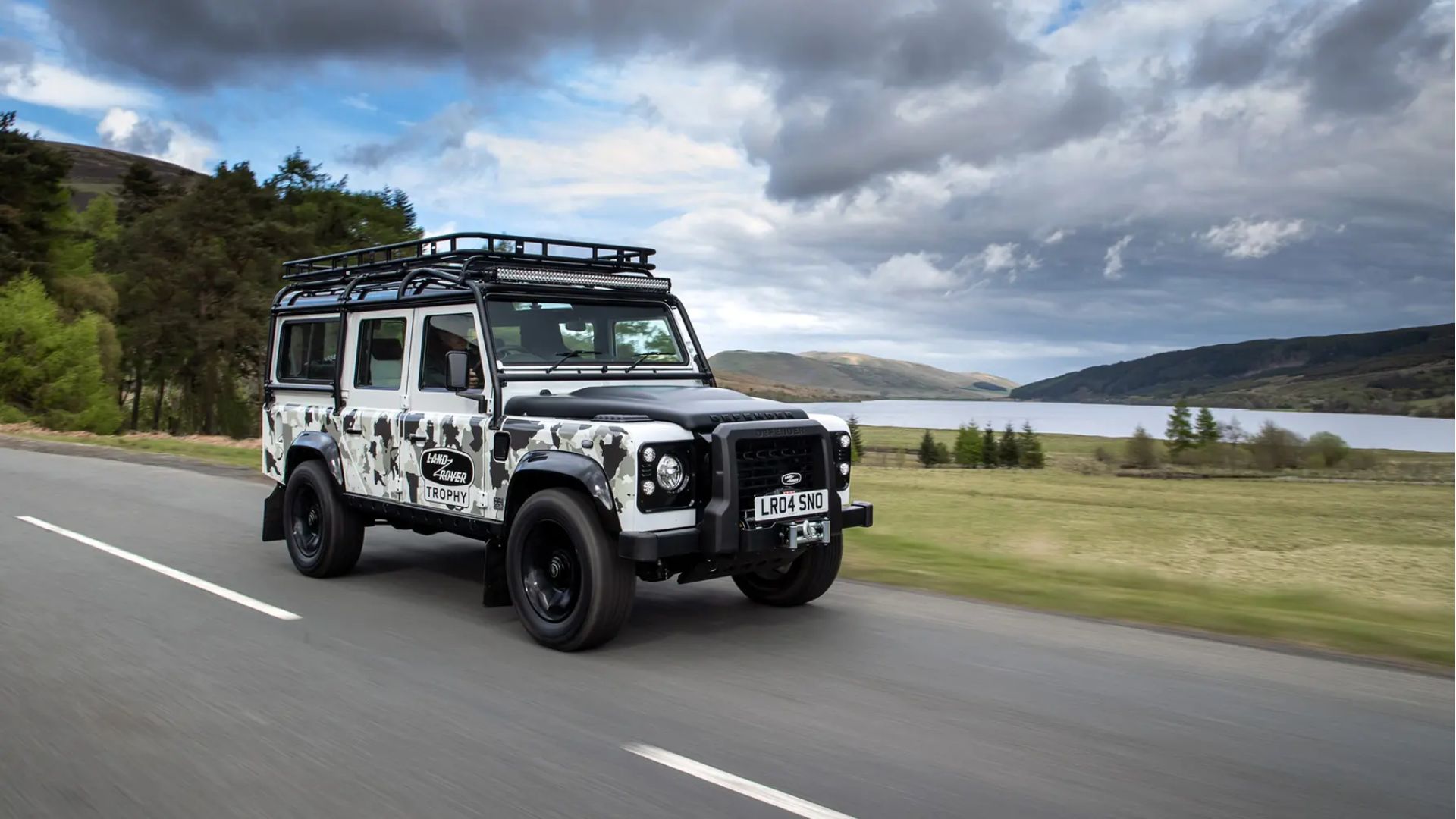 The cars are all based on 2012–2016 Defenders, and buyers will be able to choose between 90, 110 Station Wagon or a select number (five) of 110 Double Cab Pick-ups. Each car will be taken apart and put back together by Land Rover Classic specialists, and kitted out with a 399hp 5.0-liter, nat-asp V8 engine and eight-speed ZF auto. 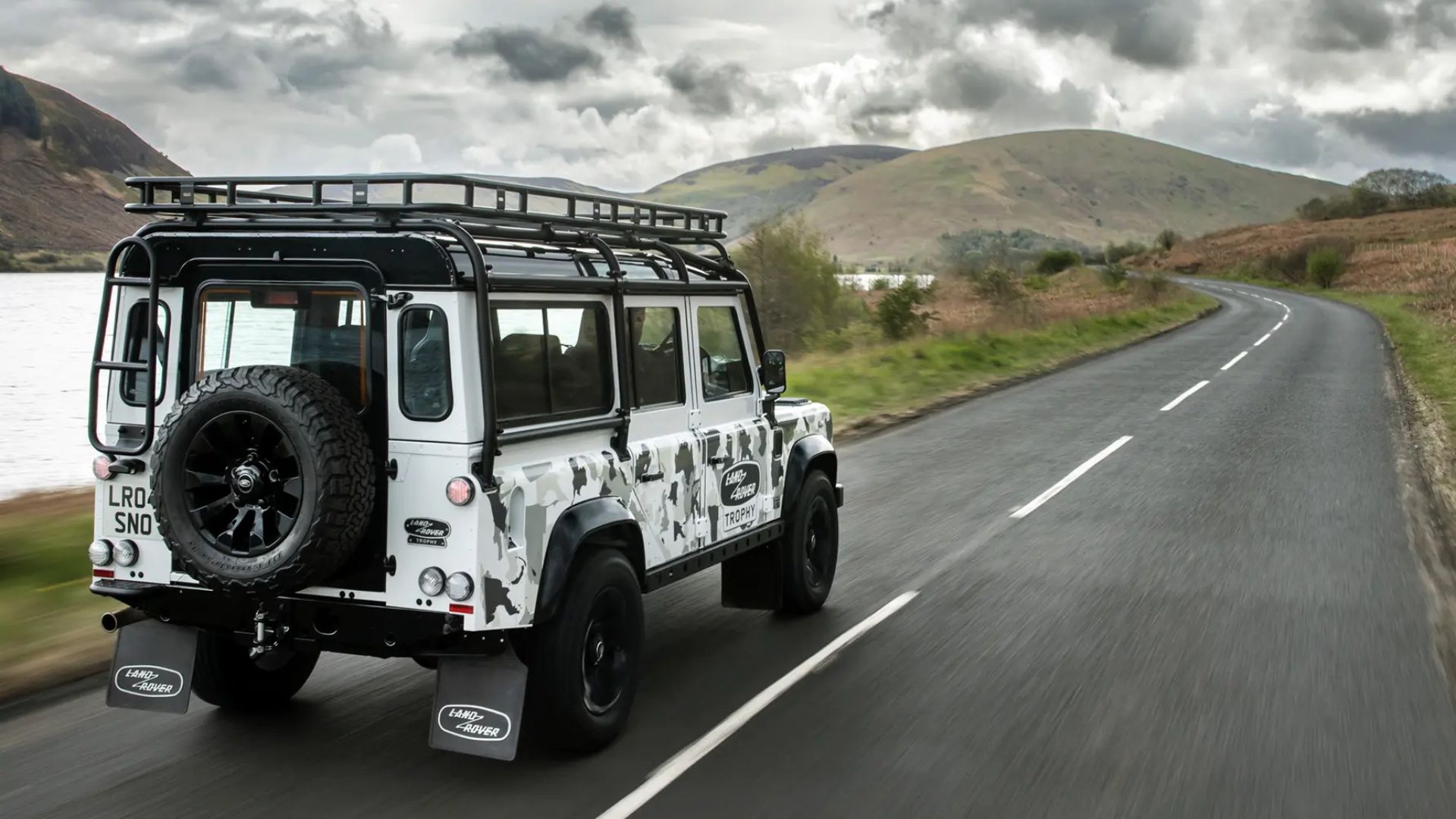 During the rebuild each car will get uprated suspension, a special handling kit fitted to help it get round corners, and improved brakes. Outside, the cars will be fitted with a winch and bespoke front grille, a satin bonnet and a full-width light bar on the roof, as well as an external roll bar and rock sliders. The gloss black 18-inch wheels bring less to the party, but they do look cool. 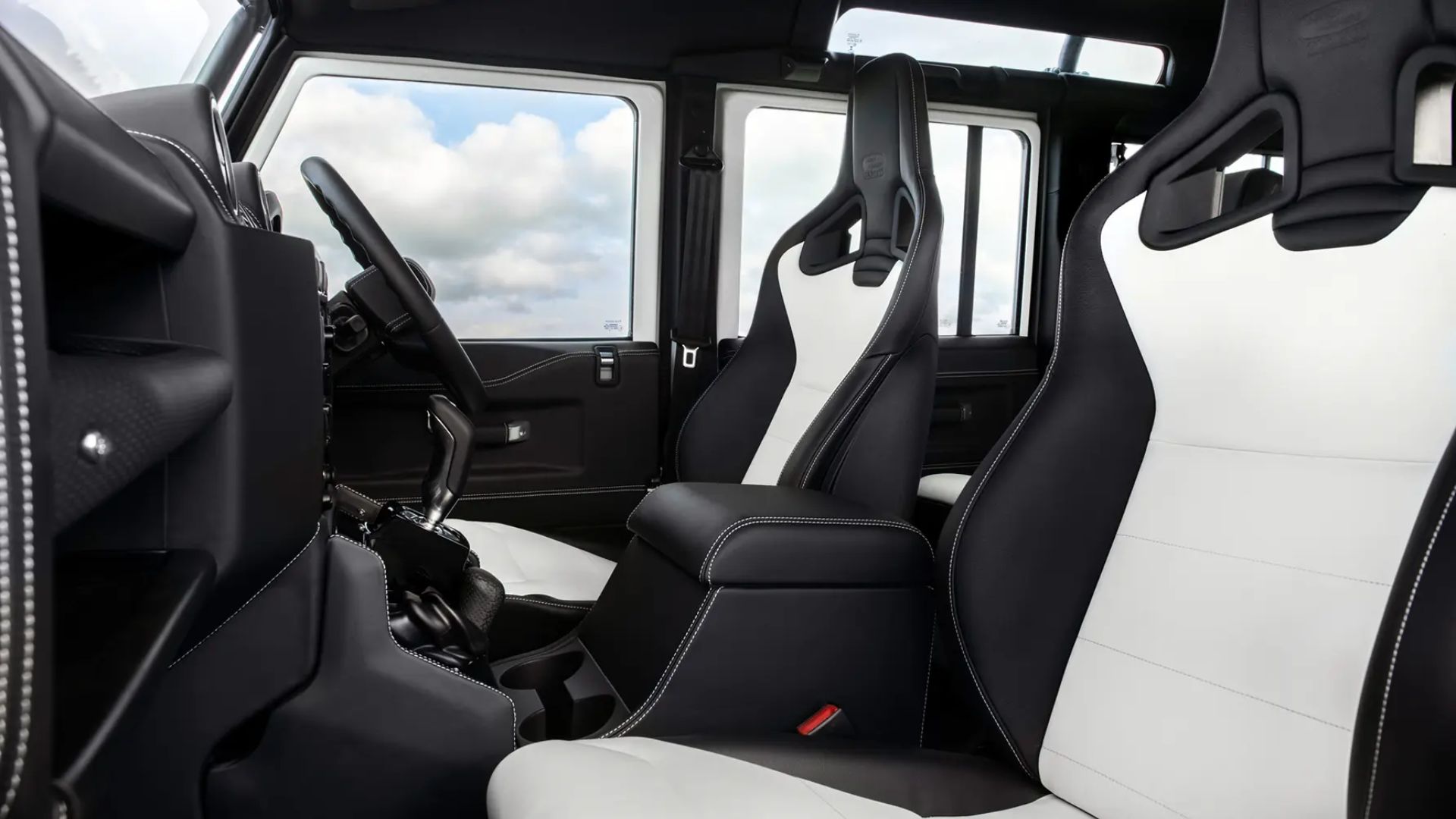 Inside you’ll get a brand new infotainment system with fancy phone connectivity, Recaro sport seats, liberal splashes of black and white leather with contrast stitching across the interior and an Elliot Brown clock to finish it all off. 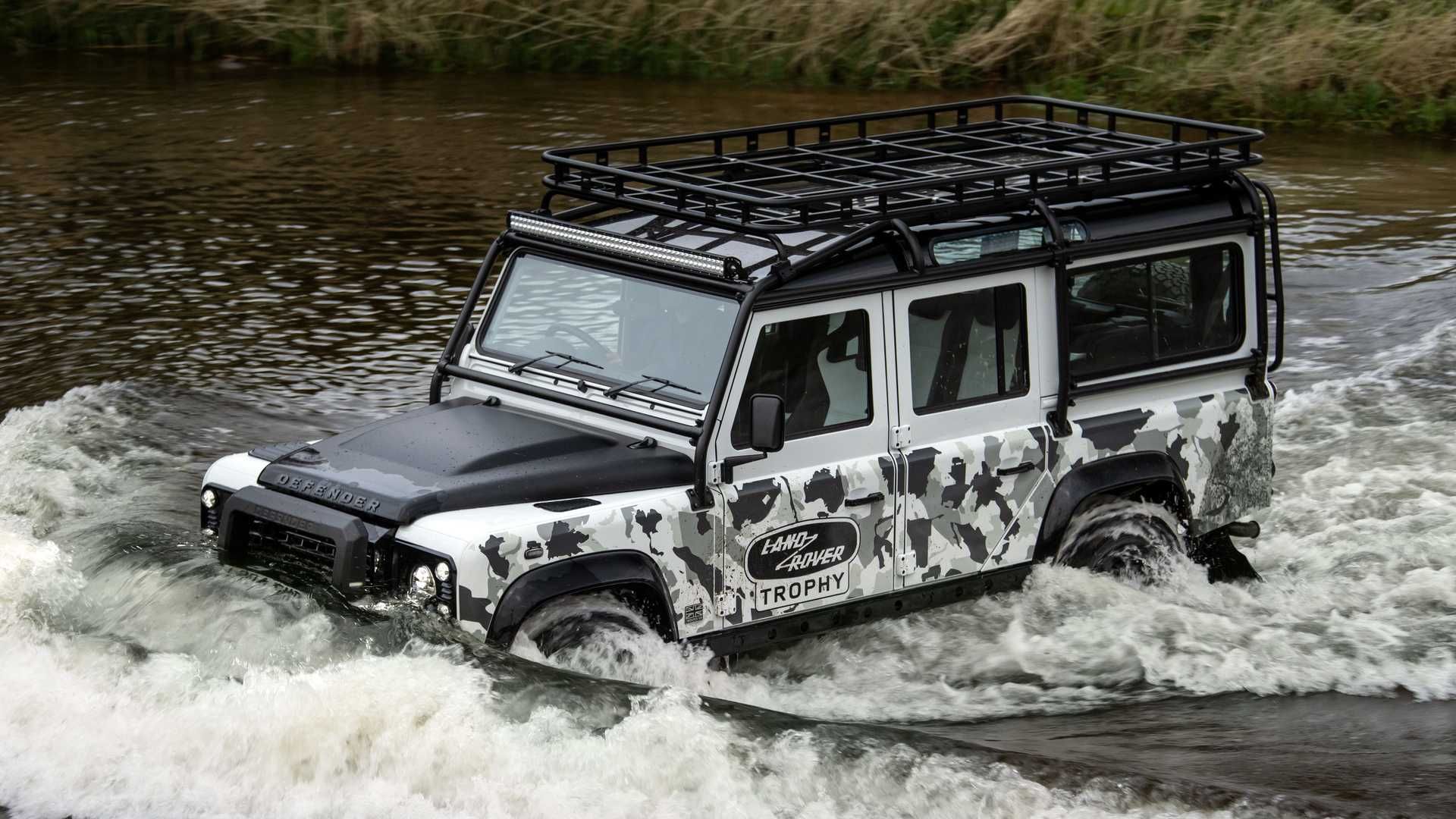 The old version of the Defender went off sale back in 2016, thanks to pesky emissions and safety laws, having been on sale largely unchanged (save for all the changes) since 1990. The latest generation car went on sale in 2020, but it’s just not the same, is it.

Still, much cheaper than buying an old one as it turns out. The Works V8 Trophy II cars are available to order directly from Land Rover now if you fancy one, and prices start from £225,000 for the 90.

This story first appeared in TopGear.com. Some minor edits have been made 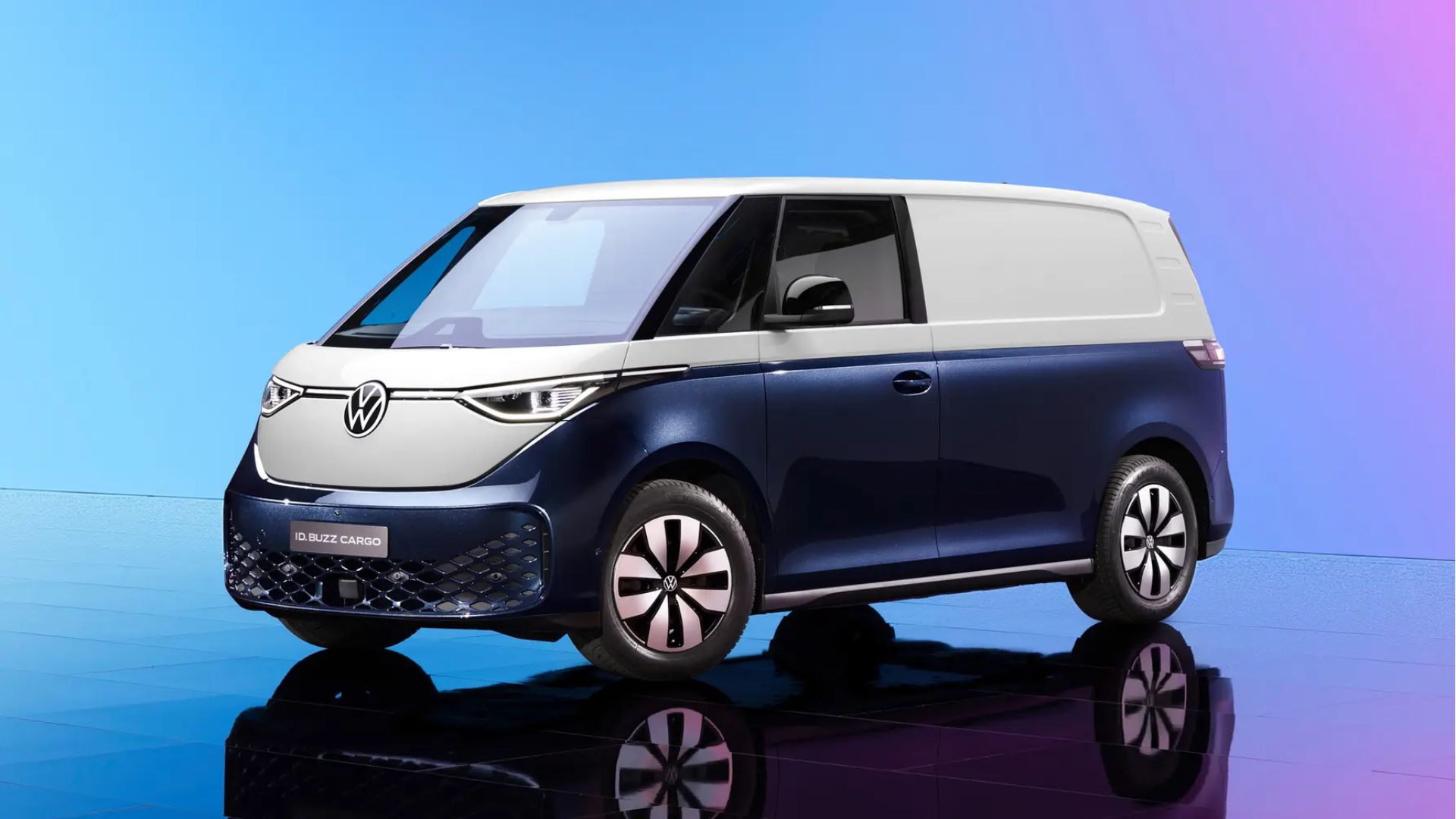 The Volkswagen ID. Buzz Cargo is a perfect silent parcel carrier
View other articles about:
Recommended Videos
Read the Story →
This article originally appeared on Topgear.com. Minor edits have been made by the TopGear.com.ph editors.
Share:
Retake this Poll
Quiz Results
Share:
Take this Quiz Again
TGP Rating:
/20