Mercedes-AMG GT is officially out 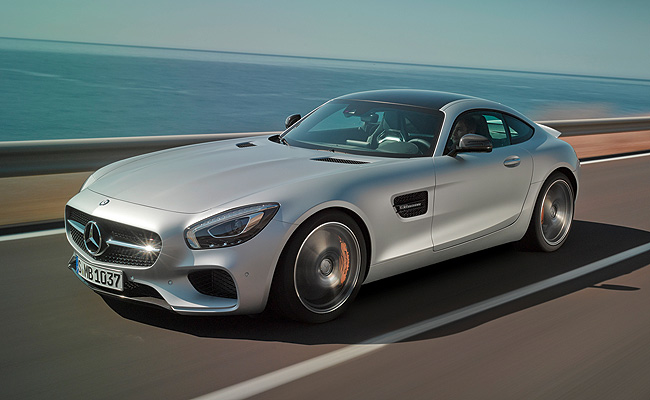 Mercedes-AMG has finally unveiled its second product after the venerable SLS AMG: the GT, developed entirely in-house by the company.

As we previously reported, the GT comes with a 4.0-liter biturbo V8 engine that features twin turbochargers located inside the V configuration, and dry sump lubrication--both elements supposedly the first in the world for a sports-car engine. Paired with this powerplant is a seven-speed dual-clutch transmission.

This combination will reportedly power two variants of the GT, with the standard GT putting out 462hp and 600Nm, and the higher GT S producing 510hp and 650Nm. The latter is predictably capable of better acceleration marks, knocking down the 0-to-100kph sprint in just 3.8 seconds before reaching its top speed of 310kph--0.2 second and 6kph better than the regular GT.

The GT bears the classic hallmarks of a traditional sports car, with a long hood and a pronounced powerdome hinting at the car's performance potential, and a cockpit that has been pushed back toward the rear wheels and broad tail end. Up front, the GT has an A-wing with the front splitter in the lower third of the apron, a characteristic feature of AMG vehicles that enhances the car's low-slung and wide appearance. The front splitter is painted in body color on the GT and in high-gloss black on the GT S.

At the rear, the black diffuser insert with tailpipes is integrated into the bumper, while the trim strip in matte iridium silver is inspired by the front A-wing to "create a visual sense of lightness across the entire tail end."

"With the new Mercedes-AMG GT, we are venturing out into a challenging sports-car segment with its top-class competitive field," said Daimler AG board member for group research and Mercedes-Benz cars development Thomas Weber. "This is an incentive and motivation for us at the same time to prove to sports-car enthusiasts around the world the kind of performance that AMG is capable of."

Check out the freshly released photos below. You may also see more interior shots here. 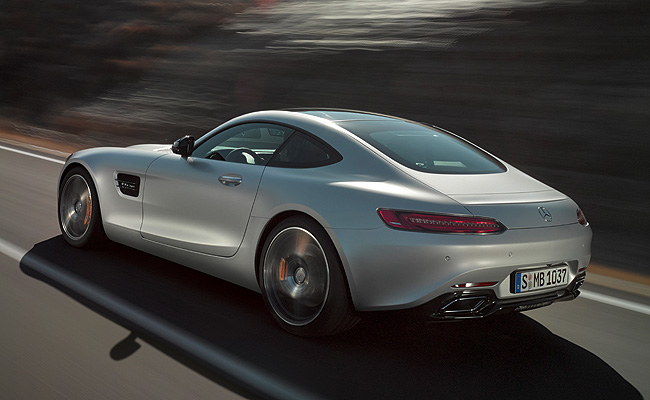 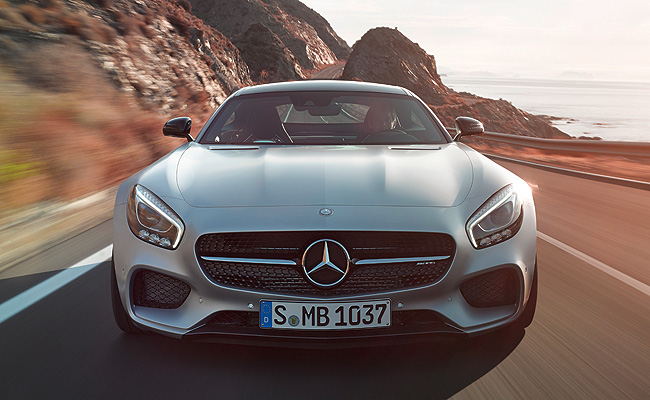 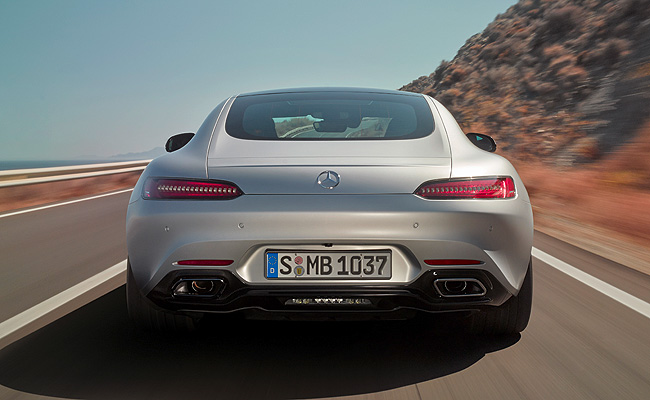 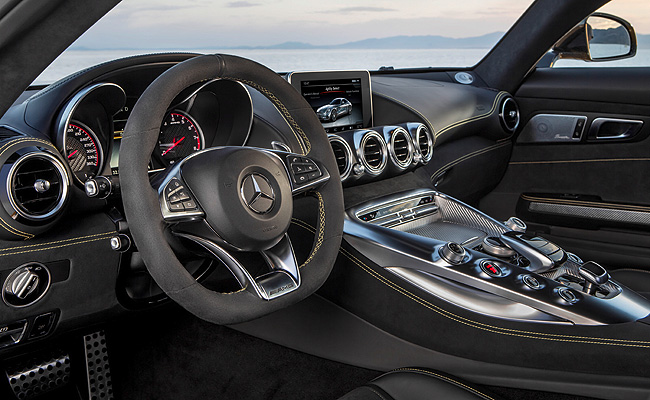