Plus a few other mods and concepts as well
by Leandre Grecia | Dec 30, 2019
CAR BRANDS IN THIS ARTICLE

Mitsubishi has revealed its lineup for the upcoming 2020 Tokyo Auto Salon. Though we might not be seeing any of these in the Philippine market anytime soon, we’re excited to see these concepts on the show floor.

Headlining the display are a couple of modded Mitsubishi Delicas. The first is the Delica D:5 All Blacks, a van used as the support car by the New Zealand national team during the 2019 Rugby World Cup. 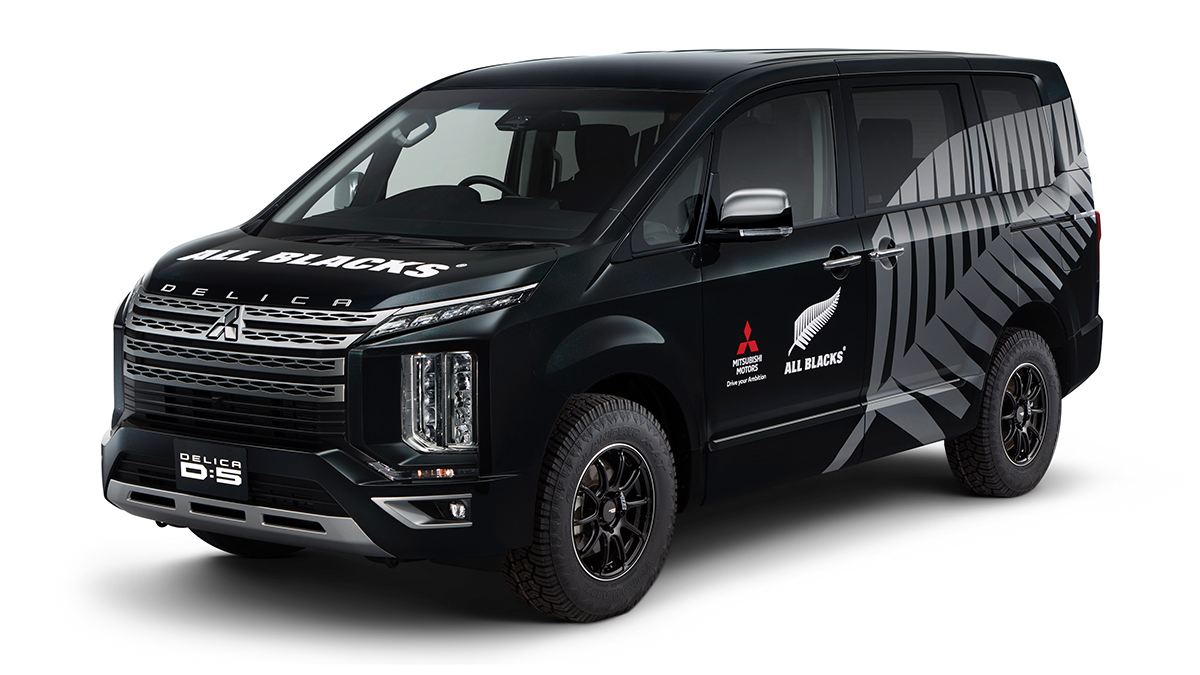 As the name suggests, this thing is covered in black from front to rear, with a few accents being the chrome-plated grille, the ‘All Blacks’ decal on the hood, and the silver fern logos on both sides. It sits on Geolandar X-AT G016 all-terrain Yokohama tires and Advan Racing RZII wheels.

The second of the pair, pictured in the main photo above, is something whose name roughly translates to Delica D:5 Eye-Kyu. It’s produced by Terry Ito, redesigned to the Japanese director and TV producer’s liking. Mitsubishi’s signature front fascia has been remodeled with huge circular headlamps that flank a retro-like grille. The body has been repainted with a light army-green finish that’s applied the MLJ Daytona SS wheels as well. Inside, the seats have been fitted with tartan plaid covers. 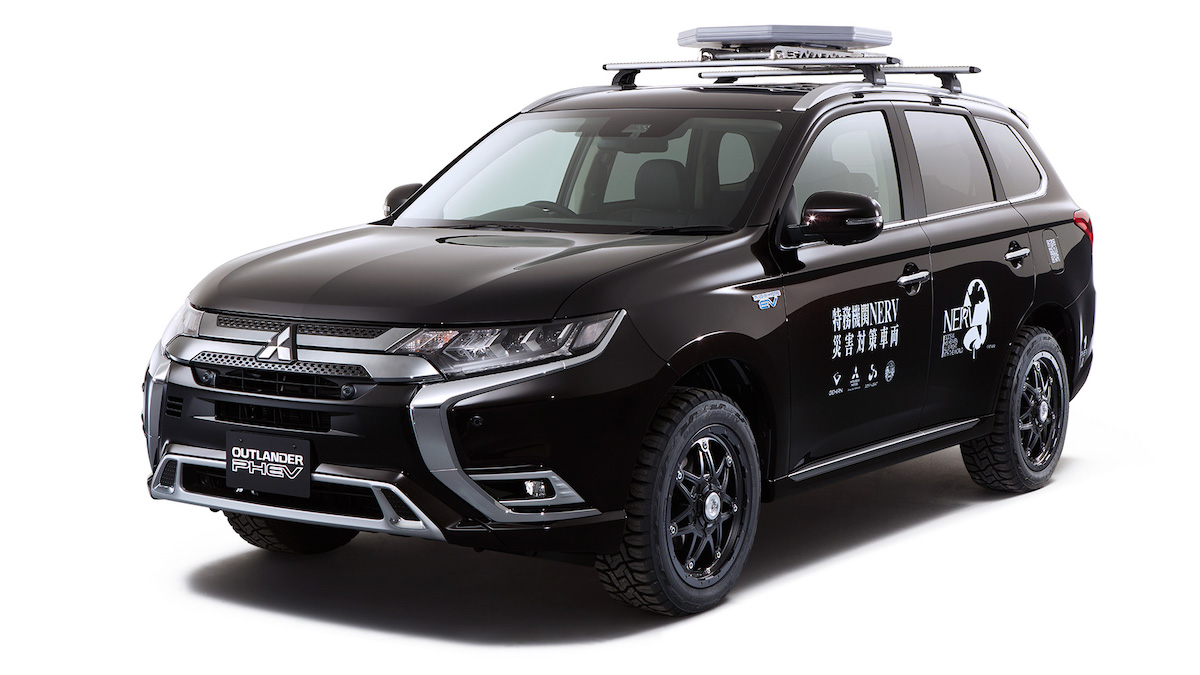 Next up on the list is the NERV-spec Mitsubishi Outlander PHEV, a vehicle built to support communities in the event of long-term power outage and network interruption due to natural calamities. It can serve as an alternate power source for remote areas during disasters. It is also equipped with Kymeta Corporation’s ‘KYMETA u7’ satellite antenna, which can enable Internet connection services via satellite communication using signals provided by SKY Perfect JSAT Corporation. 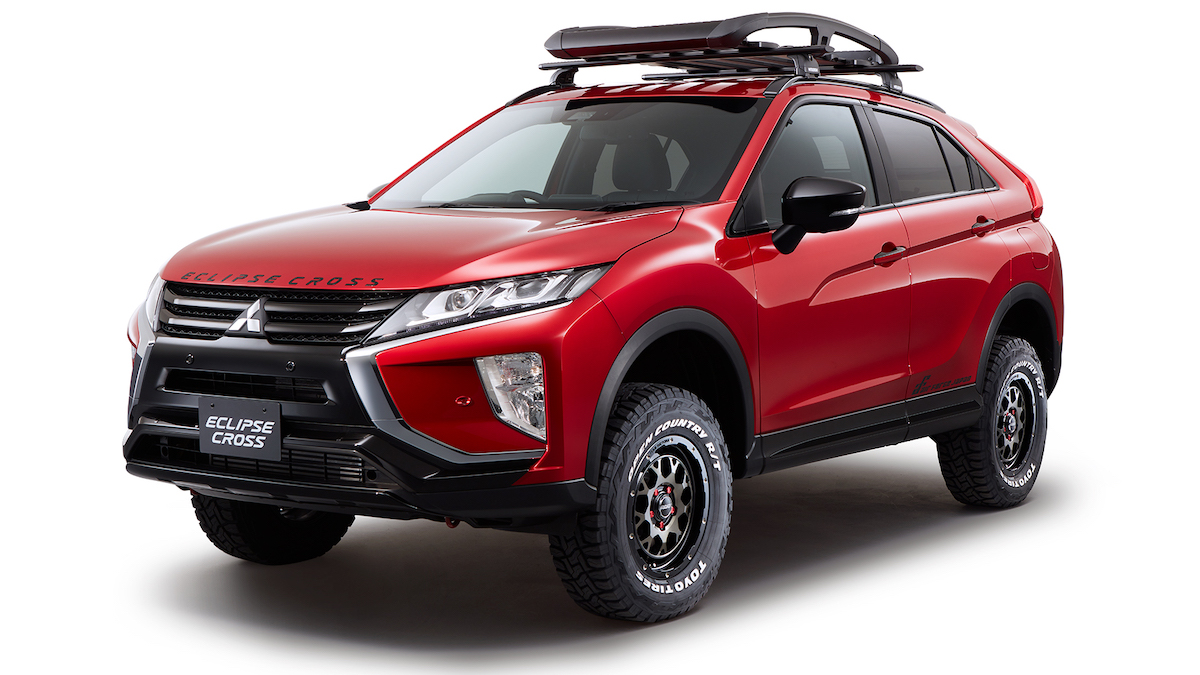 Mitsubishi will also be showcasing the Eclipse Cross Weekend Explorer specification in this year’s show. Through the smartphone-linked display audio, owners can use the ‘Weekend Explorer’ app to access information such as weather updates. The Air Force Suspension Japan performance kit fitted underneath also lets users lower or raise the vehicle’s ride height via a smartphone app. 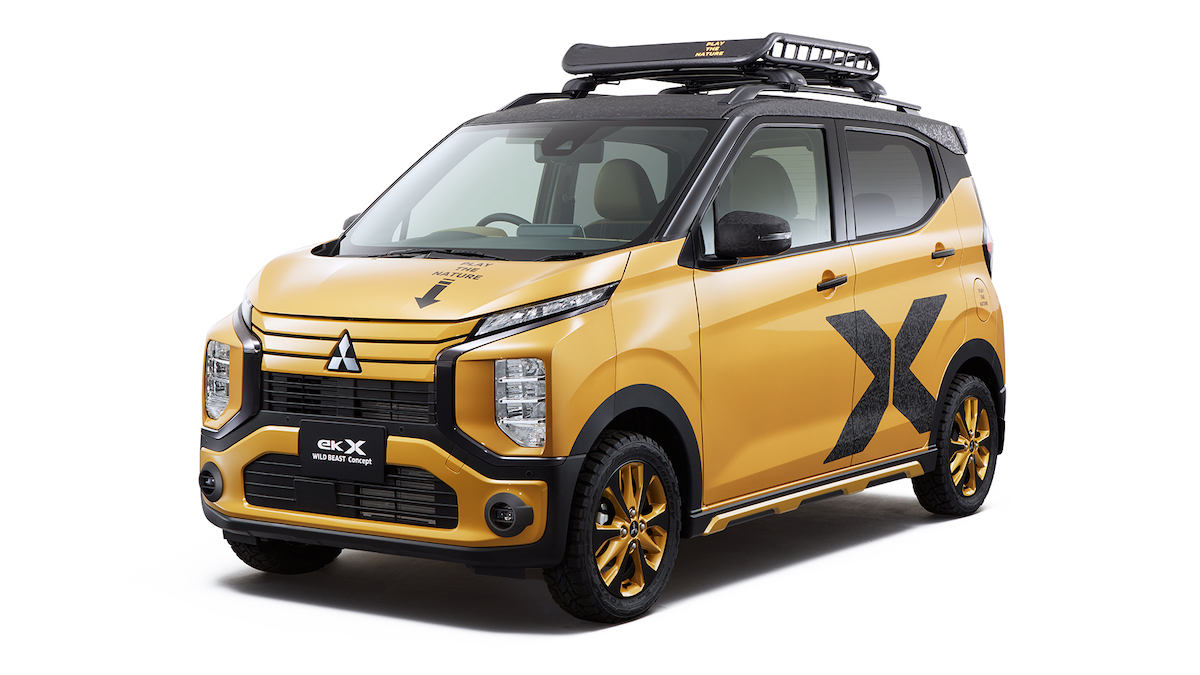 We downsize further as we take a look at the last vehicle in this lineup: the Mitsubishi eK Cross Wild Beast Concept. According to its maker, this kei car emphasizes an outdoor image that ‘feels playful.’ While it is by no means a beast in terms of size, it’s certainly designed to take on the wild with its 4x4 drivetrain and all-terrain tires. It’s also hard to argue with the playfulness part, as the concept sports an eccentric yellow finish accentuated with a black roof, a black X mark on the side, and black trim on the front fascia. And speaking of the front fascia, this concept sports the carmaker’s signature Dynamic Shield design. To complete the package, Mitsubishi has added in a roof rack up top.

Mitsubishi will also showcase a new ‘light super height wagon’ that could be similar to the Super Height K-Wagon revealed during the 2019 Tokyo Motor Show. As for that display, you can see more of it here—there’ll be a couple of quirky concepts in store for you there, too. 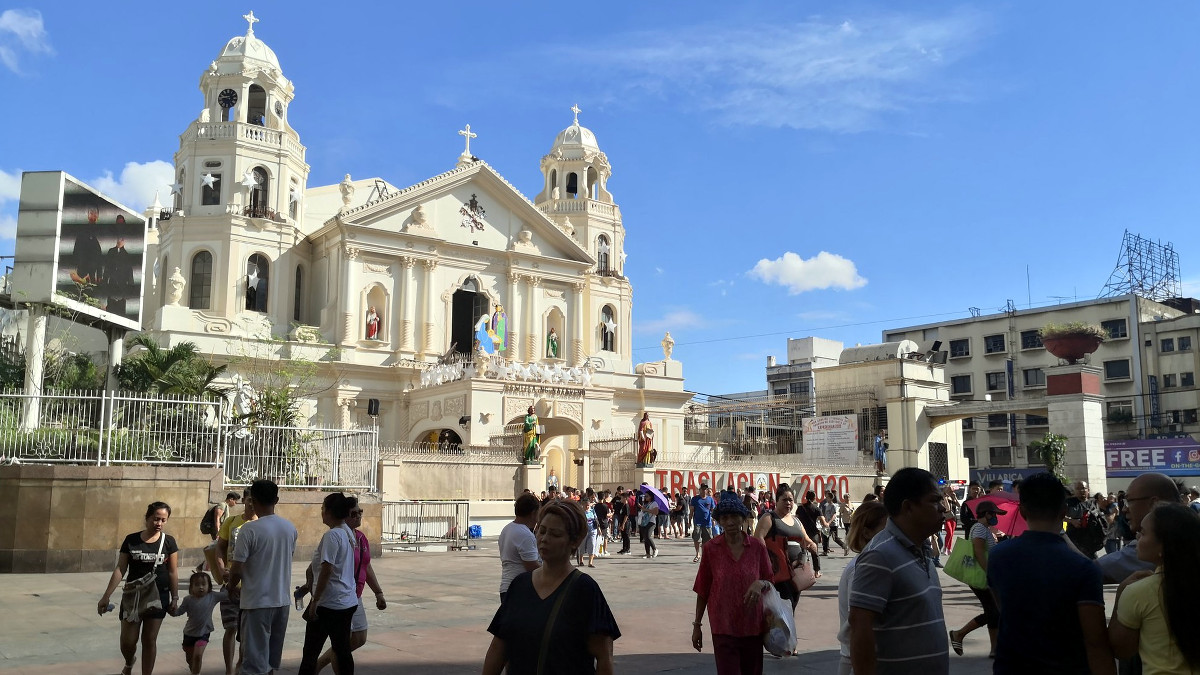 These roads will be closed tonight for the Black Nazarene thanksgiving procession
View other articles about:
Recommended Videos
Read the Story →
This article originally appeared on Topgear.com. Minor edits have been made by the TopGear.com.ph editors.
Share:
Retake this Poll
Quiz Results
Share:
Take this Quiz Again
TGP Rating:
/20