PIMS 2016: Mazda PH display gets our vote for sexiest booth

Because everything is better in red
by Jason Tulio | Sep 16, 2016
CAR BRANDS IN THIS ARTICLE 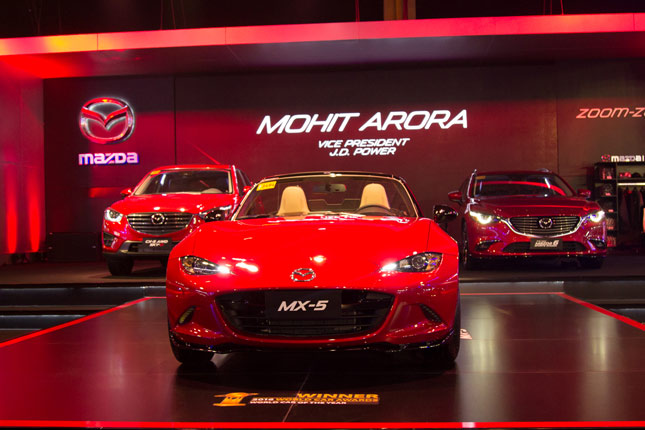 Using the word "sexy" to describe a group of cars might seem odd to non-gearheads. But one look at Mazda Philippines' display at the 2016 Philippine International Motor Show will quickly make a non-believer support our choice of adjective. Maybe it's the sloping curves on each car, the suggestively dimmed lights from above, or the brand's choice of red. Oh yes, the ever-so-sexy red.

It certainly helps that the MX-5, the mezmerizing roadster, sits front and center at the display. The current version of the best-selling two-seater sports car in history is powered by a 2.0-liter in-line four cylinder engine mated to either a six-speed manual transmission, or a six-speed automatic transmission.

Also on display is the recently launched all-new CX-3. The subcompact crossover comes in three variants, each powered by a 2.0-liter in-line-four Skyactiv-G gasoline engine, equipped with a six-speed Skyactiv-Drive automatic transmission and the i-Stop automatic stop-start system.

Up next, you have the Mazda 2 sitting pretty with a new bodykit. The 1.5-liter-engined subcompact will come in three new variants: V+ four-door sedan and five-door hatchback, and the RS sedan. The four-door V+ and RS sedan come with new skirts and a rear spoiler. Both versions of the V+ are fitted with MZD-Connect smart infotainment system, plus a rear-view camera, automatic climate control, and manual override paddle shifters.

The 2017 Mazda 3 is also on display with its own set of revisions. The bumpers, grille, side mirrors, wheels, and headlights sport new designs and adorn the exterior. Inside, there are improvements to the aesthetics and materials used, including a 7-inch LCD monitor of the MZD-Connect system. In a move that will surely please drivers with itchy feet, all variants of the new Mazda 3 now come with a sport mode switch. Engaging this mode holds gears longer and raises engine revs higher, along with making the throttle more responsive. The car also now comes with G-Vectoring Control, which improves steering response by making subtle adjustments to engine torque production and delivery.

Lastly, there's the new Mazda 6 Sports Wagon. Most of the improvements to this car are in the interior. The window switch panels, A/C vent controls, A-Pillar posts and dashboard trimmings have been revised with a darker gun metallic hue. New leather seats now come with available heating for the rear passengers. There is also a new steering wheel layout and instrument cluster. Added insulation measures to reduce cabin noise can also be found. The only major change to the car's drivability comes with the addition of the G-Vectoring Control system.

“It is the goal of Mazda to continually make our customers connect at a deep, emotional level with their cars,” said Mazda Philippines president and CEO Steven Tan. “It is this expressive link with Mazda vehicles that transforms the driving experience from being a necessity into a stirring celebration.”

To experience the vehicular arousal for yourself, visit the Mazda booth at the World Trade Center, Pasay City. 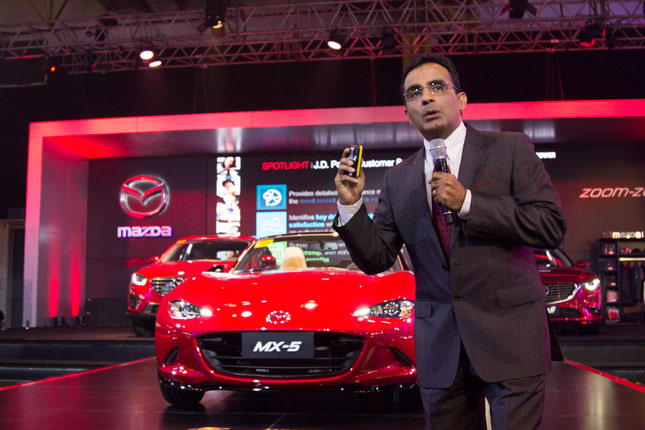 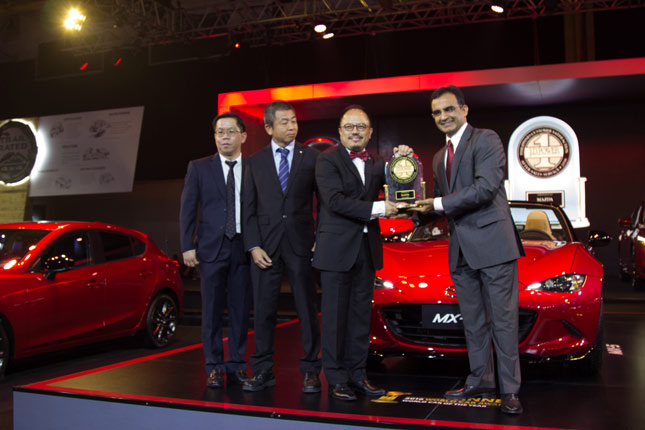 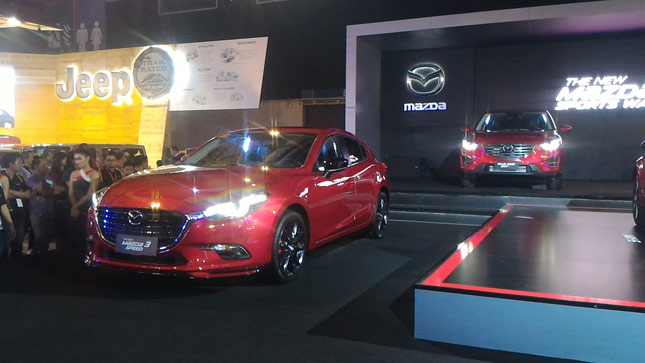 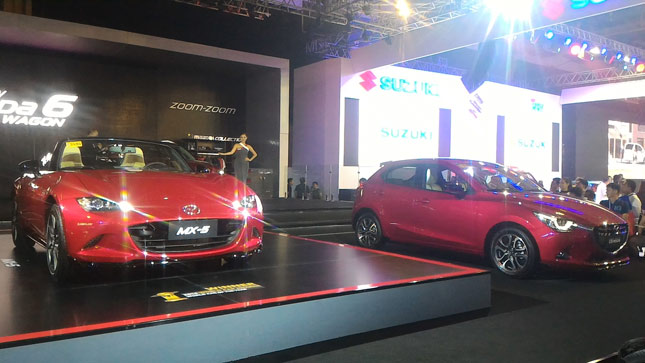 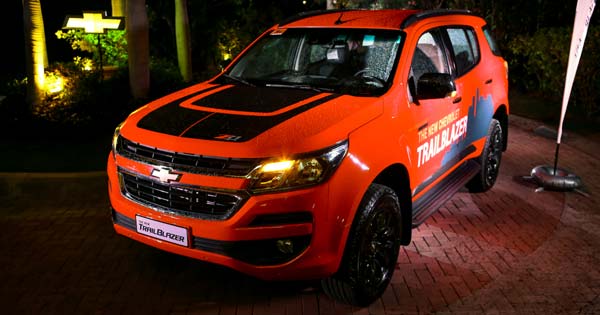 Refreshed Chevrolet Trailblazer and Colorado have arrived in PH
View other articles about:
Read the Story →
This article originally appeared on Topgear.com. Minor edits have been made by the TopGear.com.ph editors.
Share:
Retake this Poll
Quiz Results
Share:
Take this Quiz Again
TGP Rating:
/20