You can bet rivals are working on this
by Vijay Pattni | Jun 26, 2021
CAR BRANDS IN THIS ARTICLE

Porsche has set a new lap record at the Nürburgring for production road cars. Its 691hp 911 GT2 RS—fitted with a new Manthey Performance Kit—managed a stonking lap time of 6min 43.3sec around the ‘official’ 20.832km circuit.

That tops Mercedes-AMG’s time of 6min 48.07sec achieved in a GT R Black Series late last year and run along the same 20.8km course. We’ll let the fact that this GT2 is just under 5sec faster than the Black Series sink in for a moment. 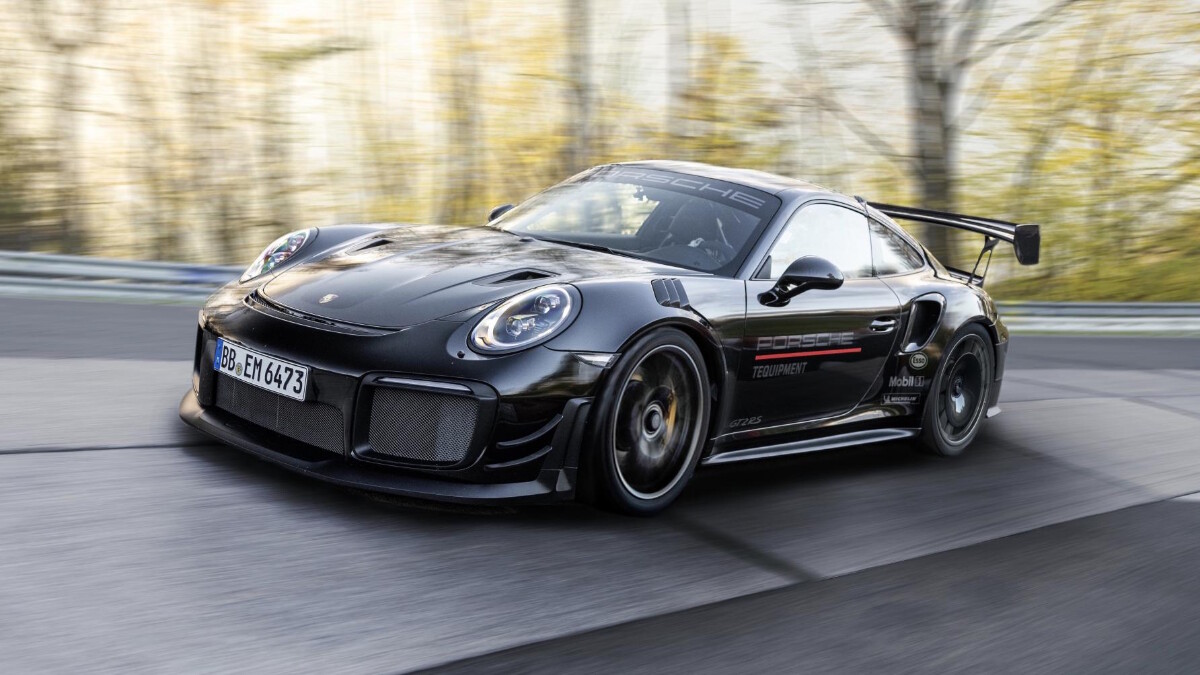 This new attempt took place on June 14, with factory development driver Lars Kern doing the business on a track with a temperature of 41 degrees. Suffice to say the Michelin Pilot Sport Cup 2 R tires had their work cut out. Kern managed an average speed of 185.88kph around the ’Ring.

“The 911 GT2 RS sticks to the track like glue with the Manthey Performance Kit,” Kers said. “You feel as if you’re in a racing car, especially on faster corners. It is truly breathtaking how the car puts its [691hp] down, and how incredibly well it brakes while always remaining easy to control.” 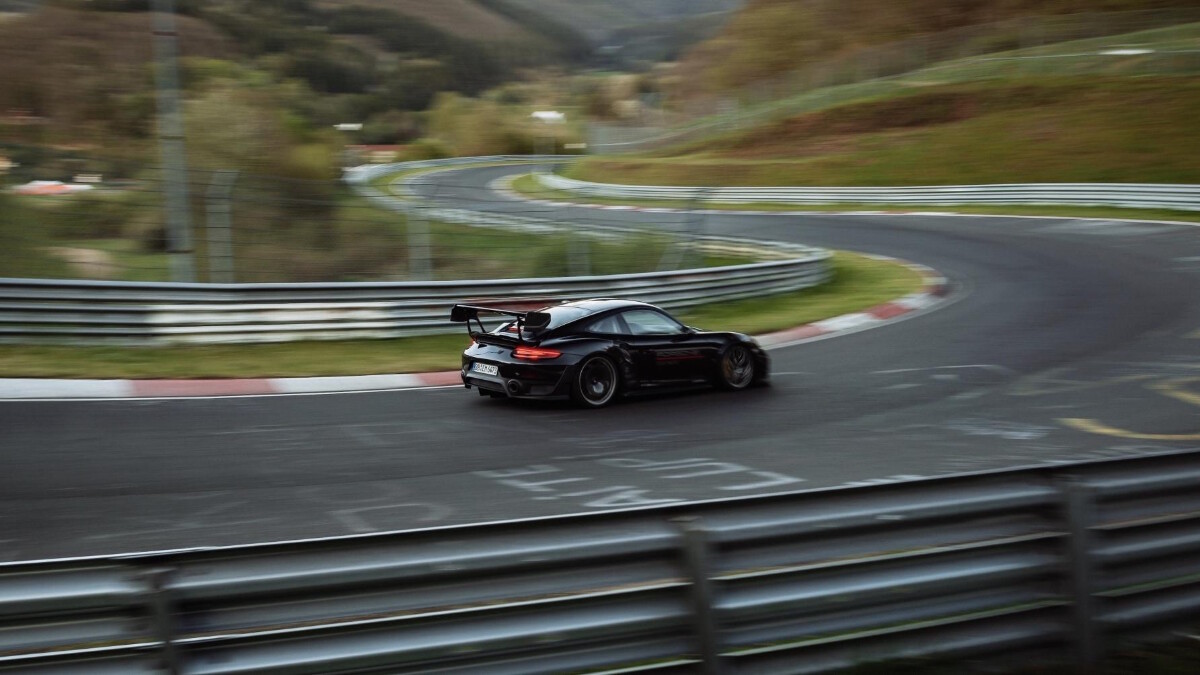 That Performance Kit is only available as a package, although Porsche is evaluating the purchase of individual parts. It includes new flaps on the front spoiler, a carbon underbody, and air guide elements around the front wheels. As a result, there’s now 70kg of downforce (up from 49kg) at 200kph on the front axle. Thanks to a new rear spoiler, a modified diffuser, and ‘aerodiscs’ on the wheels, rear downforce rises to a whopping 200kg (up from 93kg) at the same speed.

The front shocks are adjustable, and there are special racing brake pads, steel-encased brake lines, and magnesium wheels offering up an 11.4kg weight saving over standard. An additional water tank for the intercoolers increases capacity by nine liters. 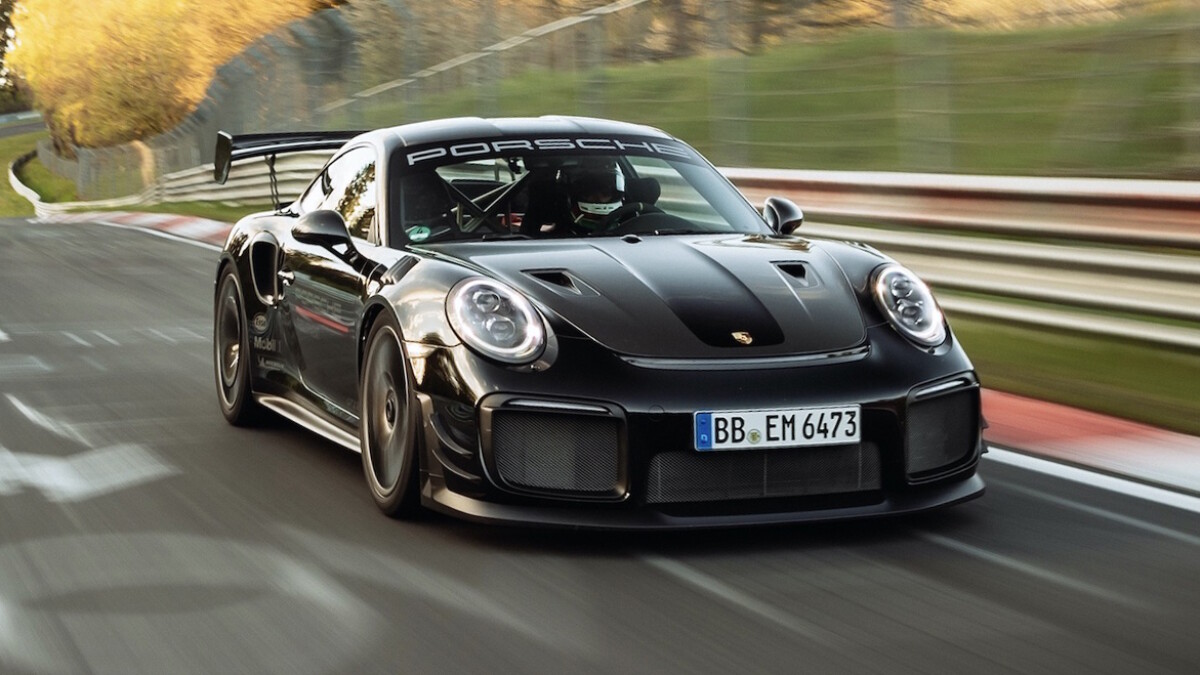 “With these newly developed parts, we have made an extremely good car even better,” explains Porsche’s VP for GT cars, Andreas Preuninger. “The 911 GT2 RS with the Manthey Performance Kit is perfectly tailored to the needs of those customers who like to take their cars on track, especially the Nürburgring Nordschleife.”

He also added that the 6min 43.3sec time is equivalent to a 6min 38.835sec time on the old, shorter variant of the ’Ring lap. Wowsers. 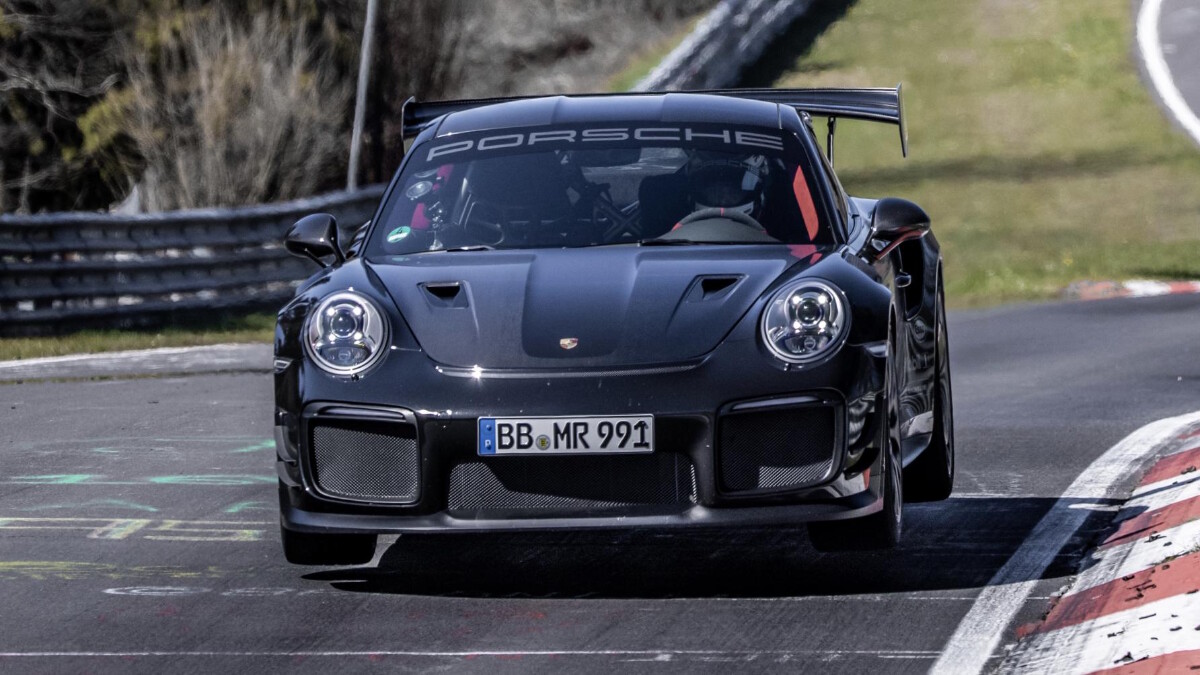 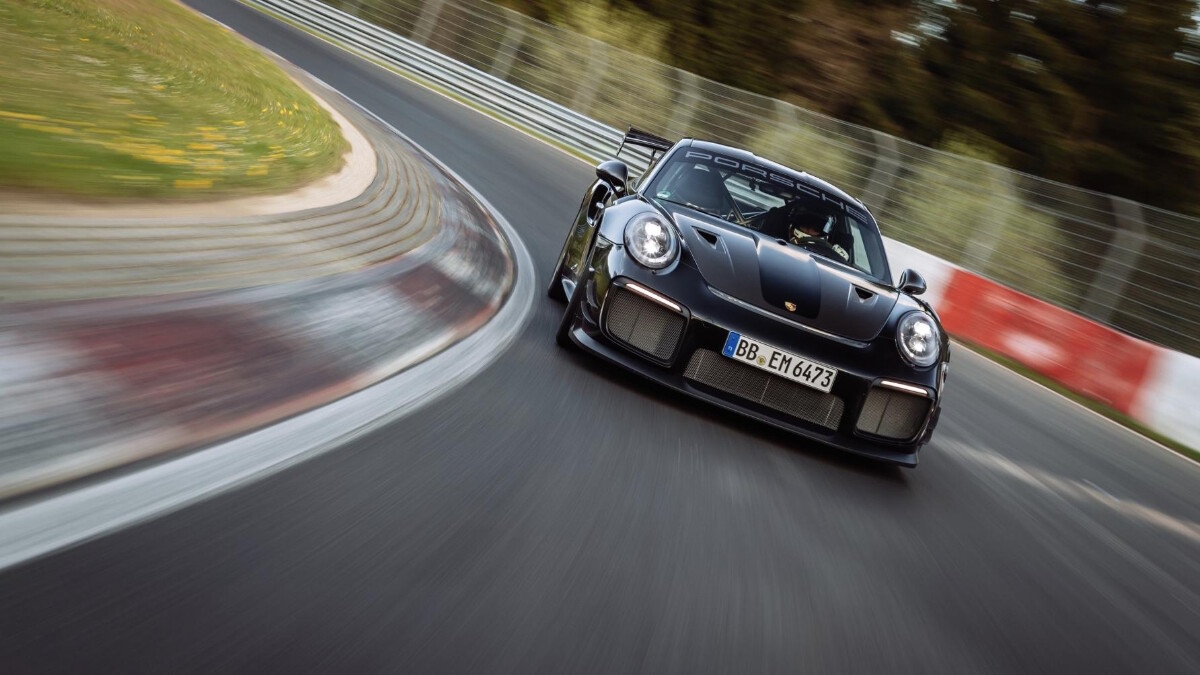 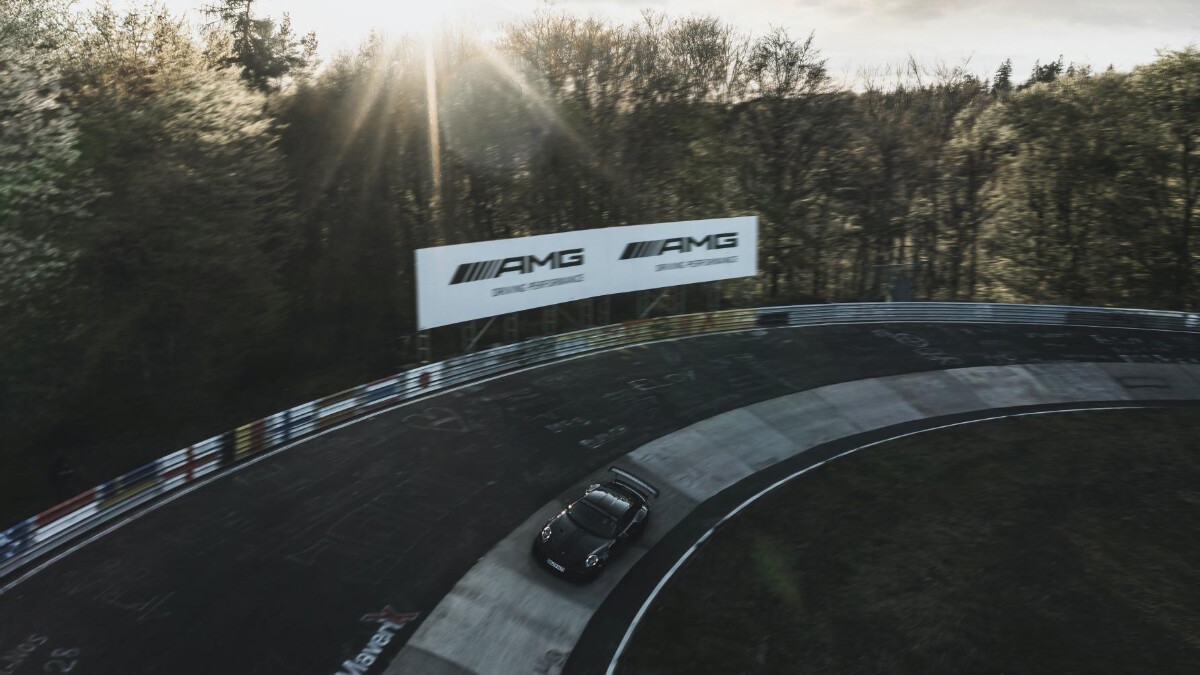 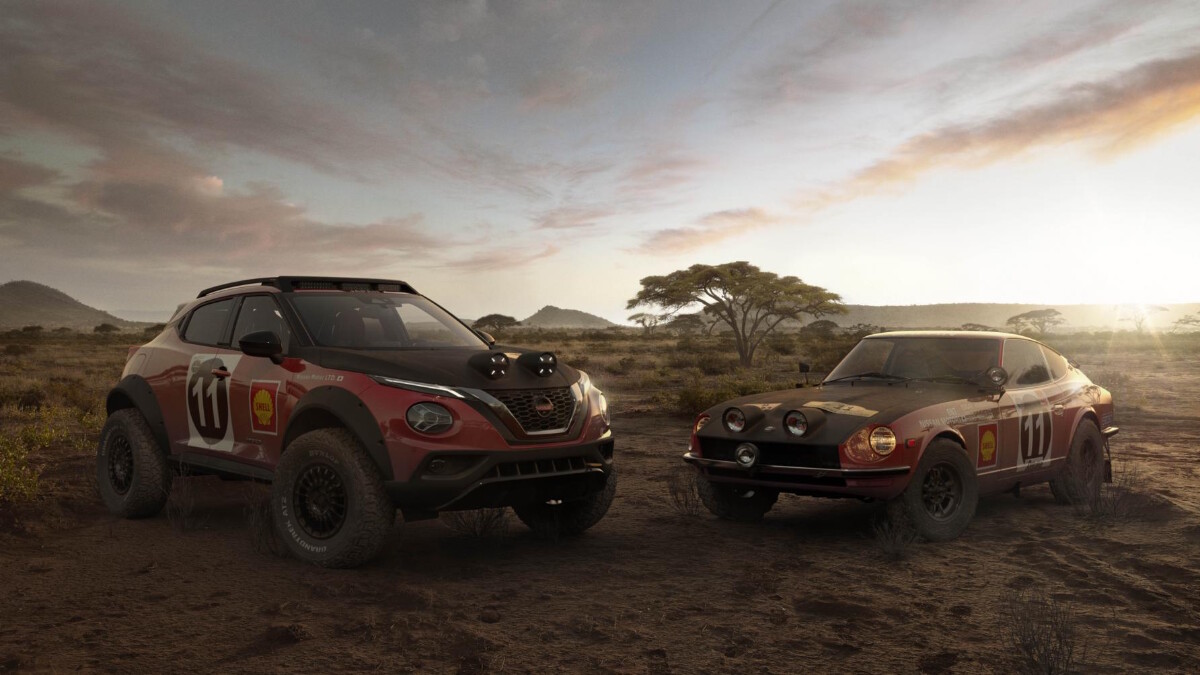 Nissan pays tribute to a legendary Z by designing a radical Juke
View other articles about:
Read the Story →
This article originally appeared on Topgear.com. Minor edits have been made by the TopGear.com.ph editors.
Share:
Retake this Poll
Quiz Results
Share:
Take this Quiz Again
TGP Rating:
/20