Thought the Defender couldn’t get more badass? Here’s one inspired by the Chinook

This one-off will be auctioned off for the Royal Air Forces Association
by Greg Potts | May 7, 2022
CAR BRANDS IN THIS ARTICLE

Yes, it’s another restomodded Land Rover Defender, but as you might have guessed from the images here, this one is inspired by the iconic double-rotor Chinook helicopter, which somehow celebrated its 40th year of active service in 2021. How time flies. Geddit?

Slightly tenuous link between the two then, but we’ll let them off because the ‘Q40 Defender by Tecniq’ will be auctioned off at the Goodwood Revival in September to raise money for the Royal Air Forces Association. 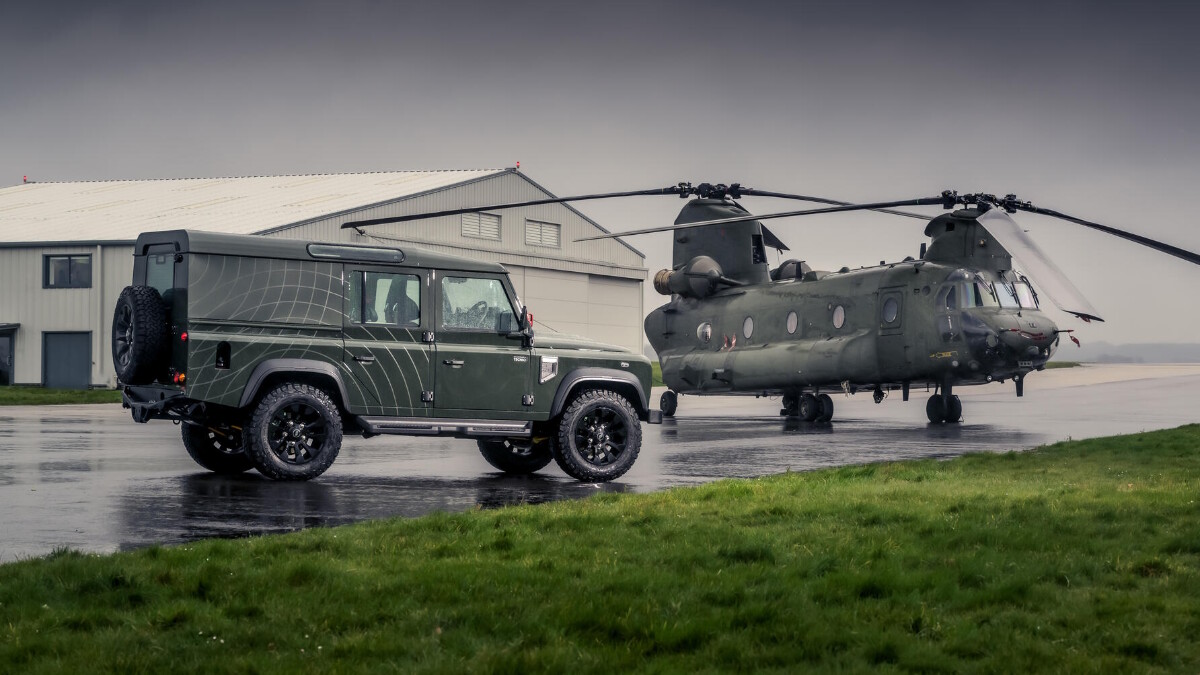 A huge amount of engineering work has gone into the restomodding, too. Underneath, the Q40 Defender gets the 2.3-liter turbocharged Ford EcoBoost engine from the four-pot Mustang, with a remapped ECU meaning 307hp and 432Nm of torque. There’s also an upgraded six-speed auto gearbox, plus all-new suspension, stiffer anti-roll bars, and an enhanced braking system all sorted by Brit firm TECNIQ’s Classic Racing department.

NEWS YOU MIGHT HAVE MISSED:
Report: Justin Bieber lands on Ferrari’s blacklist for modifying his unit
Driving to Makati this Saturday, May 7th? Take note of these road closures

Tecniq apparently worked with 18(B) Squadron at RAF Odiham—the home of the Chinook—and the Defender’s exterior has been painted in gloss and matte dark green to match the camo of the helicopter. There’s plenty of carbon fiber on the Land Rover, too, although we’re not sure that’s reflected on the Chinook... 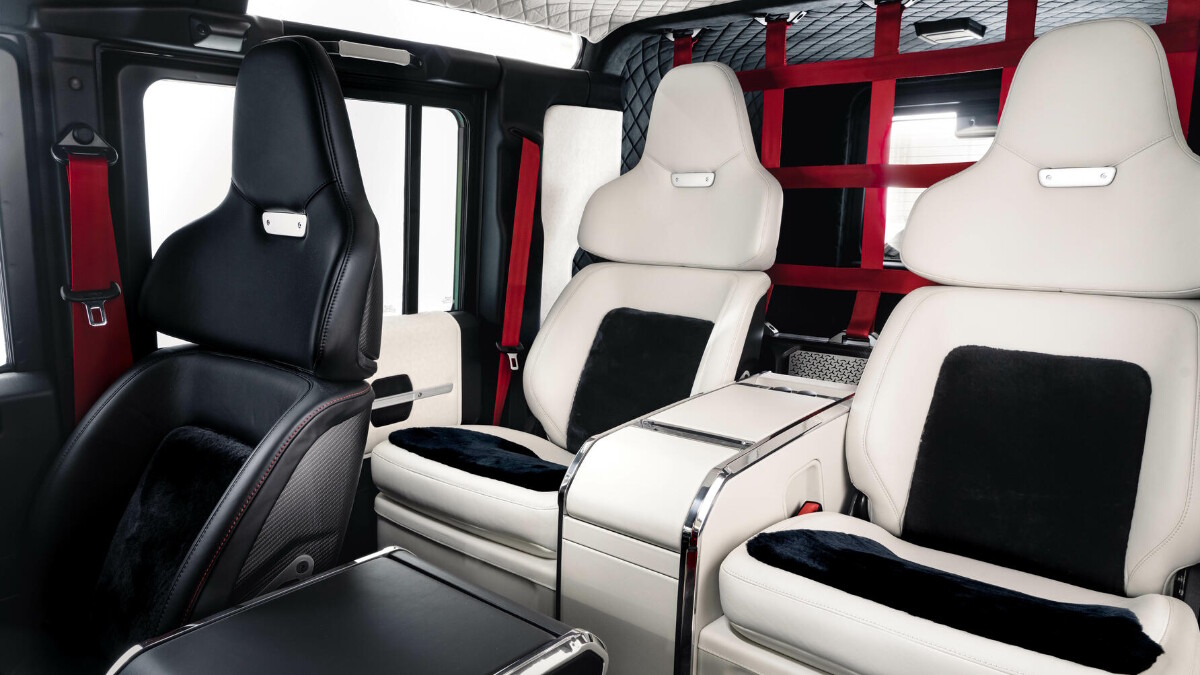 Inside looks a little fancier than the heli as well, with four lightweight carbon-fiber racing seats upholstered in handstitched Bridge of Wier leather. And yes, they are sheepskin inserts and that’s a drinks fridge in the back. There’s also a new steering wheel, as well as a quilted roof liner and a redesigned center console. Oh, and that’s real-life Chinook webbing used to separate the cargo area from the rear seats. 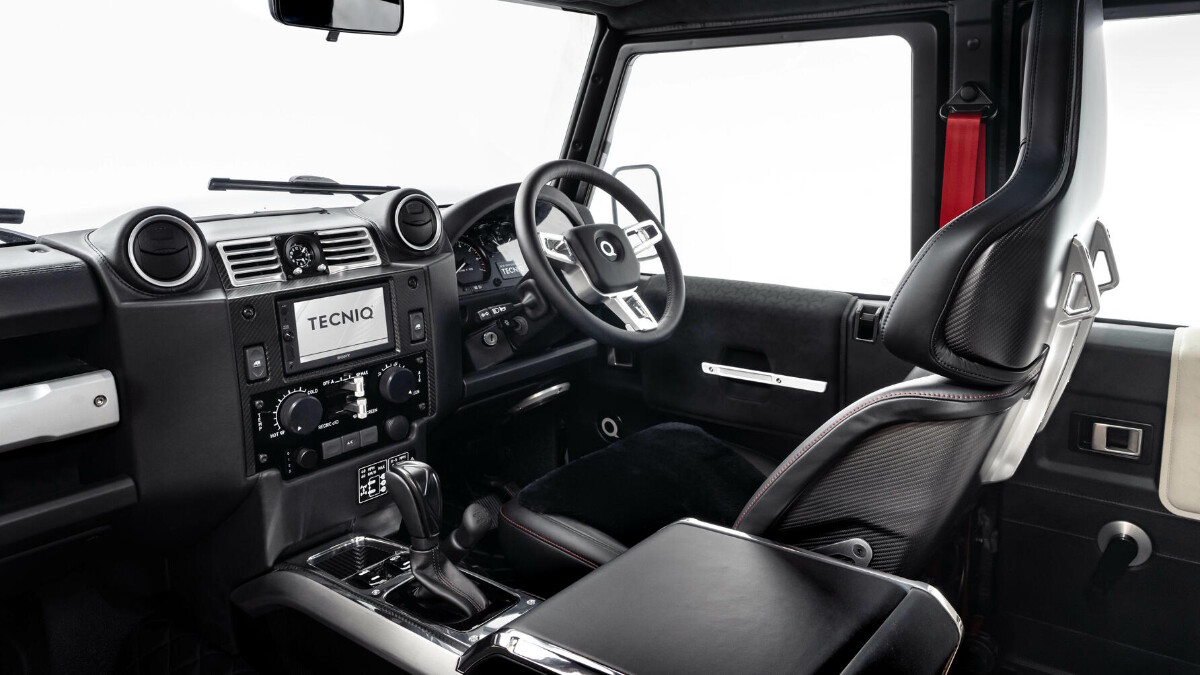 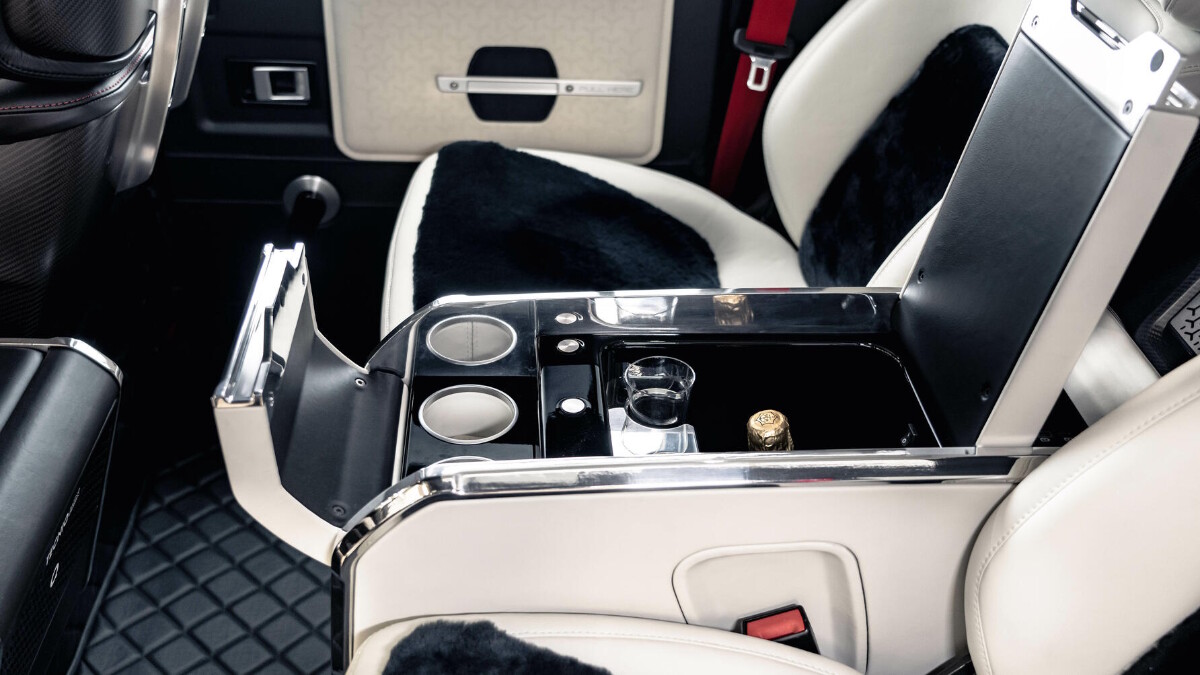 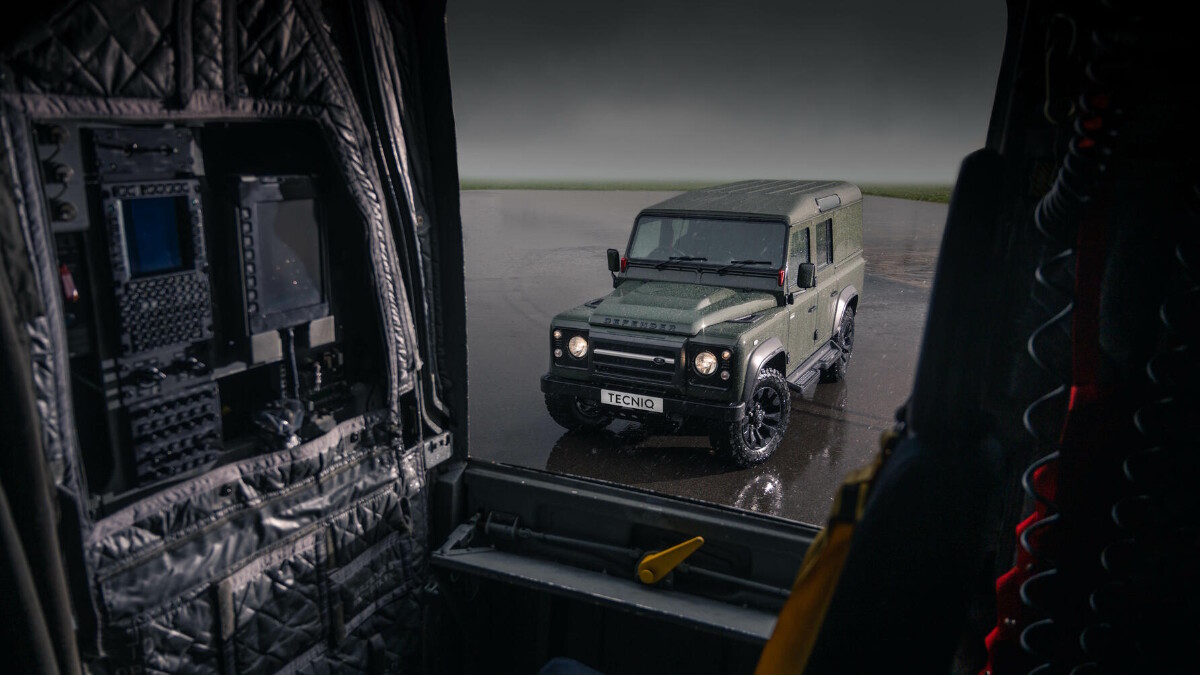 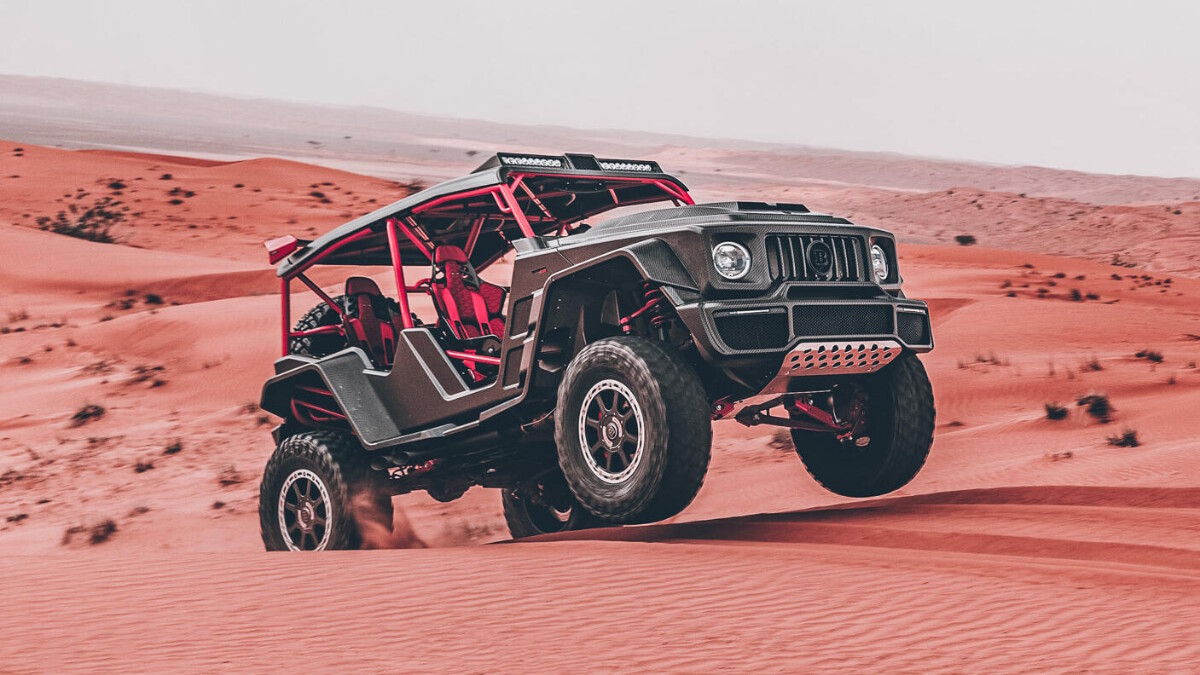 Brabus celebrates its birthday with a G-Wagen-faced 900hp dune basher
View other articles about:
Read the Story →
This article originally appeared on Topgear.com. Minor edits have been made by the TopGear.com.ph editors.
Share:
Retake this Poll
Quiz Results
Share:
Take this Quiz Again
TGP Rating:
/20