The spec, then, is similar to that pickup truck. Both cars utilize Rivian’s ‘skateboard’ electric platform, which puts the battery, drive units, suspension, braking, and thermal system all below the height of each wheel. 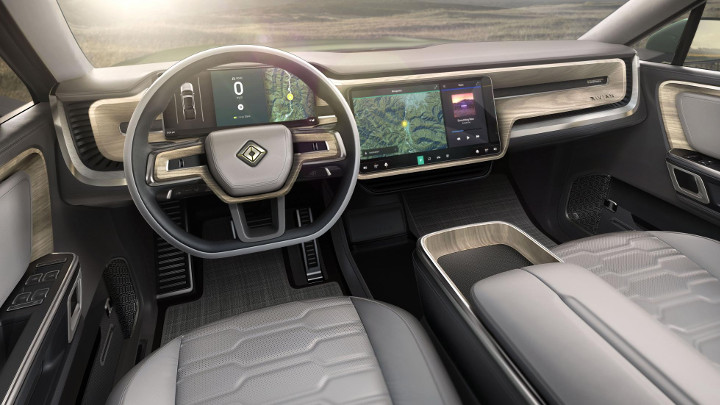 And just like the pickup, each wheel gets its own 147kW electric motor for AWD, matched up to your choice of battery size. There’s a 180kWh pack with an estimated 640km of range, and a 135kWh battery with 480km of range. Later, a smaller 105kWh battery will be offered which provides over 370km.

The R1S SUV weighs the same as the pickup—2,650kg—and the fastest version is the 135kWh battery version. That car—again, like the pickup—does 0-60mph in 3.0sec, and tops out at 201kph. Even the smallest 105kWh battery allows for 0-60mph in under five, so no version is what you’d call ‘slow.’

It gets the same torque vectoring, underbody protection, ‘Level 3’ autonomy hardware, dynamic roll control, adaptive damping, and height-adjustable air suspension, too. The setup of the suspension itself is also the same—double-wishbones up front, multilink in the back. 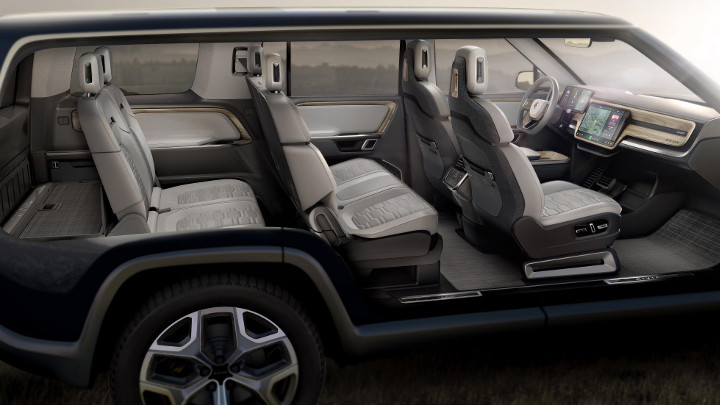 This one, of course, is shorter than the truck. For a guage, it’s roughly the same size as a BMW X7. So yeah, still pretty huge. And that’s because it will offer seven seats, which you can preview via the cutaway image above. Looks big, no?

There’s a 330-liter front cargo area, and a small tailgate and opening at the rear, with a smaller 180-liter rear bin. Those rearmost seats can also be folded down flat to make the R1S a five-seater SUV with slightly more luggage space. Hell, even the second row of seats can be folded down to make the vehicle a van.

There’s lots of connectivity as you’d expect, actual wood used in the interior, and many active safety systems all wrapped up into that striking body. While the R1T pickup is scheduled for 2020, this R1S isn’t due until the beginning of 2021. 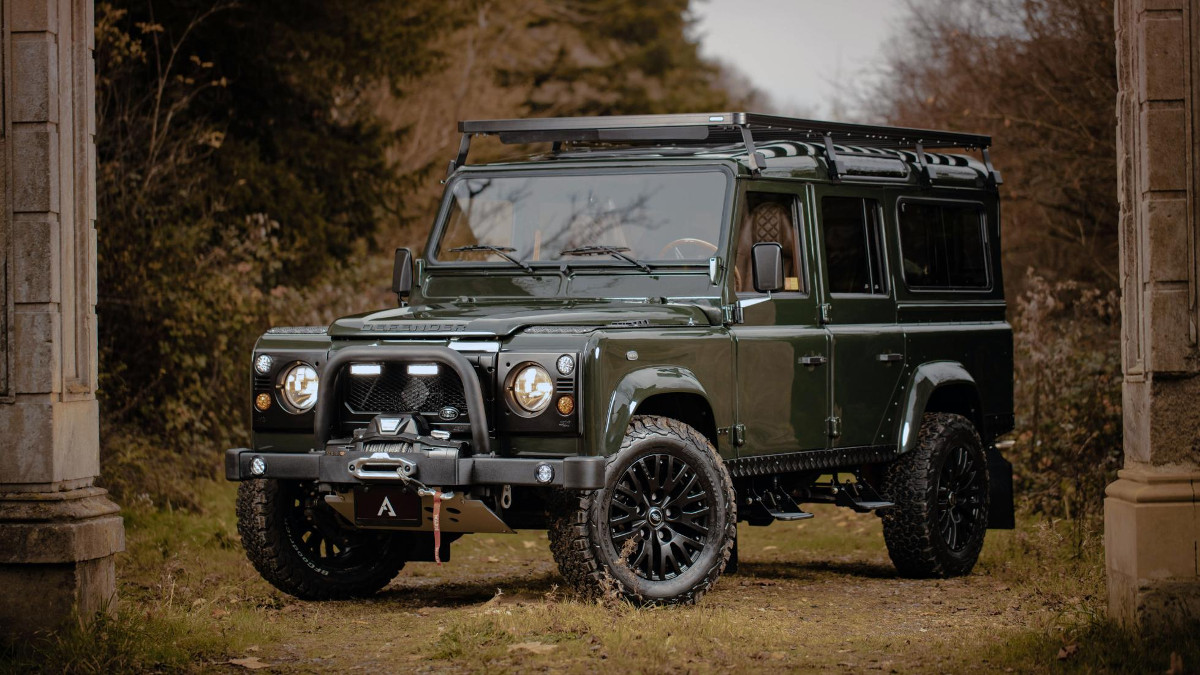 You’ve never seen a Land Rover like this
View other articles about:
Recommended Videos
Read the Story →
This article originally appeared on Topgear.com. Minor edits have been made by the TopGear.com.ph editors.
Share:
Retake this Poll
Quiz Results
Share:
Take this Quiz Again
TGP Rating:
/20