You're looking at a 6x6 double-cab convertible Defender

Coming to Geneva next year
by Rowan Horncastle | Dec 12, 2017
CAR BRANDS IN THIS ARTICLE 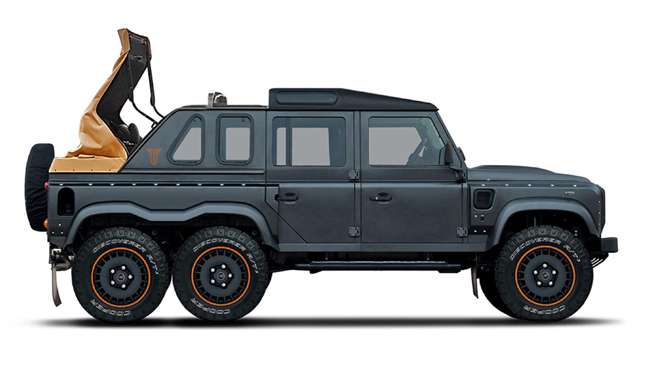 First, there was the Land Rover Defender. Then Kahn got its hands on the British automotive institution and made the definitely-not-hilariously-mispronounceable Huntsman. After that, there was the other also-definitely-not-hilariously-mispronounceable Flying Huntsman (a Defender with a lengthened nose). Then, a pick-up Huntsman. Finally, a six-wheeled Huntsman.

But now there's a mix of all the Huntsman. A Huntsman greatest hits, if you will. Ladies and gents, we’ve give you the six-wheeled, double-cab, long-nosed, convertible Huntsman. Also known as the Flying Huntsman 110 6x6 Double Cab Pickup Soft-Top. Catchy, eh?

See, ever the opportunists, Kahn is making moves to put its grubby fingers in a pie that's currently only occupied by the heroically outrageous Mercedes-Maybach G650 Landaulet: The sacred and largely pointless sector of luxurious, massive utilitarian convertible SUVs.

See if your lifestyle requires six wheels, three axles, a Batman-spec paint job, and the possibility of stargazing, all packaged within the confines of a slice of British automotive heritage, you need to give Kahn a call.

Under the bonnet is a 6.2-liter LS3 V8 with 500hp. We're told the brakes and suspension will also get a boost in performance, plus the overall width will be increased by six inches. Yowch. But stripping half the roof off a Defender may lead to some, erm, interesting structural and rigidity issues. But to see whether it'll handle like a Twix that you've left in your pocket too long, we'll have to wait until after it's shown at the Geneva International Motor Show next year. 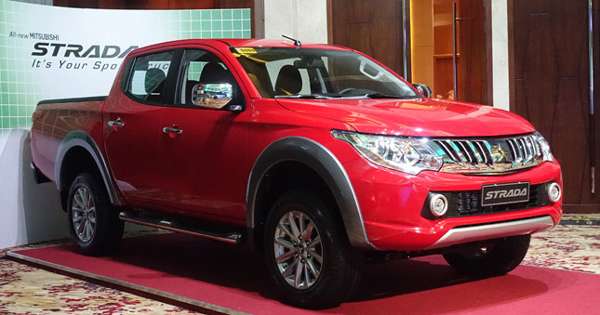 Report: It looks like these will be your new car taxes
View other articles about:
Recommended Videos
Read the Story →
This article originally appeared on Topgear.com. Minor edits have been made by the TopGear.com.ph editors.
Share:
Retake this Poll
Quiz Results
Share:
Take this Quiz Again
TGP Rating:
/20