No longer called the 'Swift Dzire'
by Dinzo Tabamo | Apr 5, 2018
CAR BRANDS IN THIS ARTICLE 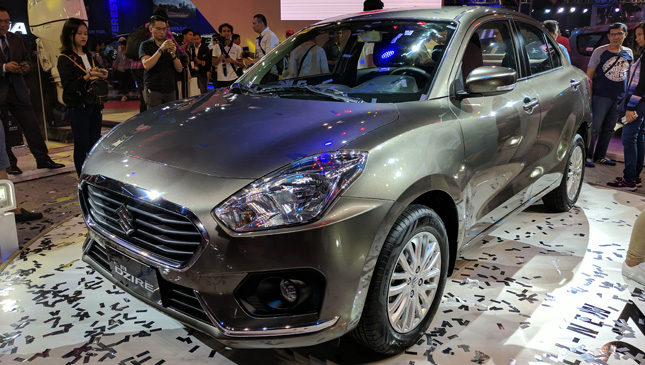 Depending on who you ask, it was either Suzuki PH's first time as an exhibitor at the Manila International Auto Show (MIAS), or its return after a decade-long hiatus. Either way, the Japanese carmaker didn't hold back in its presentation.

With a musical number that blew out our eardrums, Suzuki presented two personalities as its ambassadors: pretty TV host Kelly Misa and some model guy. Then a group of cute children came out and cheerily danced to "Happy". And finally singer Sitti rendered one of her most popular songs.

When the cover was finally removed, the wait was worth when we saw what was underneath: the all-new Dzire. Not Swift Dzire, just Dzire now.

There are two trim levels in the brochure: A GL and GL+ variant. The highlights of the new Dzire are its automated manual transmission called Auto Gear Shift, a new platform, better NVH performance, and improved collision dispersion across its body.

The 1.2-liter engine seems to have been retained, but Suzuki is now touting the Auto Gear Shift feature in the higher GL+ variant. It's basically a manual transmission with an automated clutch.

How much is this new object of Dzire? Suzuki PH says there will still be an official launch, and we presume that's where the prices will be revealed. But a representative told us don't expect the GL+ to go over P700,000.

Do you like the preview of the new Dzire? 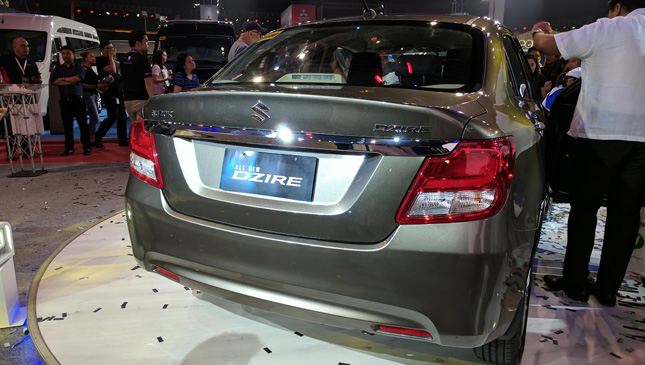 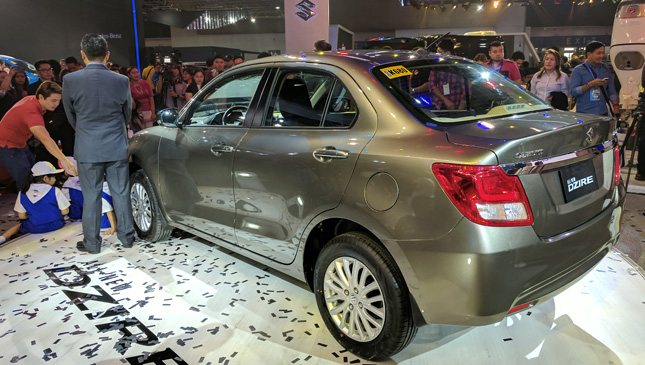 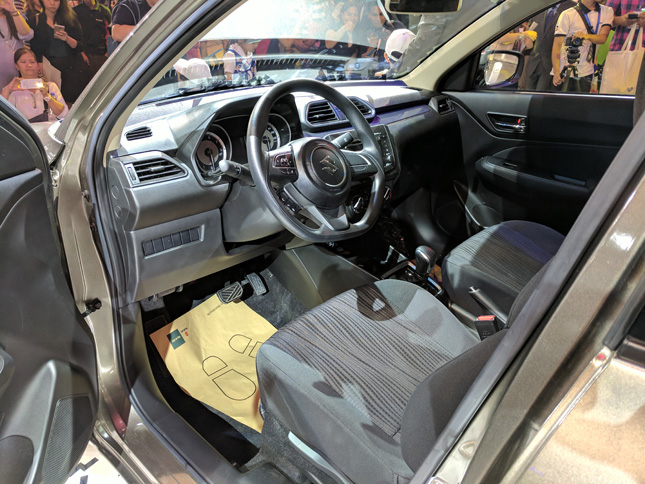 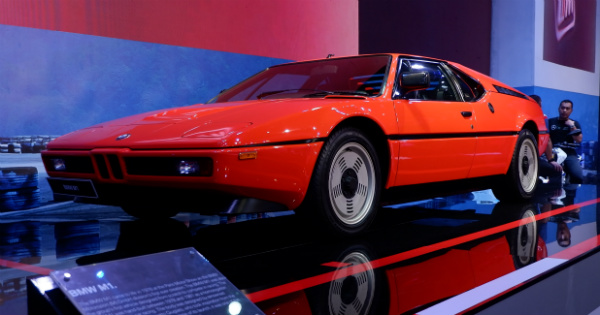 Here's why Bimmer fans shouldn't miss MIAS 2018
View other articles about:
Read the Story →
This article originally appeared on Topgear.com. Minor edits have been made by the TopGear.com.ph editors.
Share:
Retake this Poll
Quiz Results
Share:
Take this Quiz Again
TGP Rating:
/20