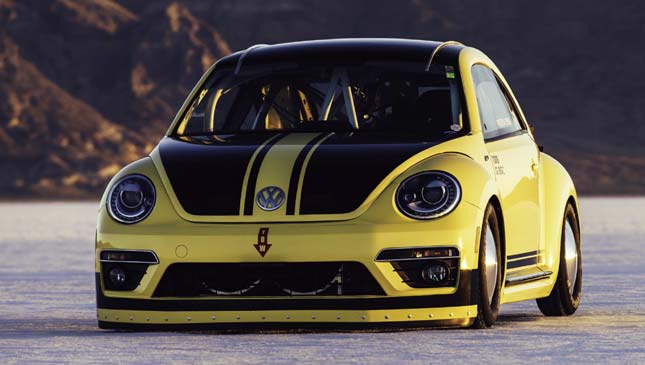 Volkswagen Beetles aren’t really known for their outright speed, but thanks to a few modifications, VW has managed to get this tuned Beetle ‘LSR’ beyond the magic 300kph mark at the Bonneville Salt Flats in Utah.

At the hands of driver Preston Lerner, it clocked a whopping 330kph over a flying mile, making it the fastest Beetle this three-dimensional reality has ever known.

"Exceeding 200 miles per hour in the Beetle LSR was a serious thrill," said Lerner afterwards. "We had enough power to go even faster if the salt hadn’t been so sketchy. But seeing 208 miles per hour briefly on the digital readout was an experience I’ll never forget."

As you’d expect, the alterations needed to achieve such a feat were significant to say the least. Volkswagen went to the trouble of bringing in specialists THR Manufacturing, who gave the 2.0-liter engine a new turbocharger, pistons, camshafts and connecting rods to help boost performance.

And if that wasn’t enough, VW followed those additions with improvements of their own; lowering the suspension, fitting better wheels and tires, and stripping out the interior to make way for a roll cage. The result? A machine capable of delivering 543hp and 570Nm. No wonder they added parachutes to aid braking.

"The Beetle is not the most aerodynamic car in our portfolio, so running 330kph is a testament to the power that can be made from the EA888 TSI four-cylinder engine," said VW’s Dr Hendrik Muth. "This feat truly underscores the sporty and pugnacious spirit of the Beetle."

He can say that again. 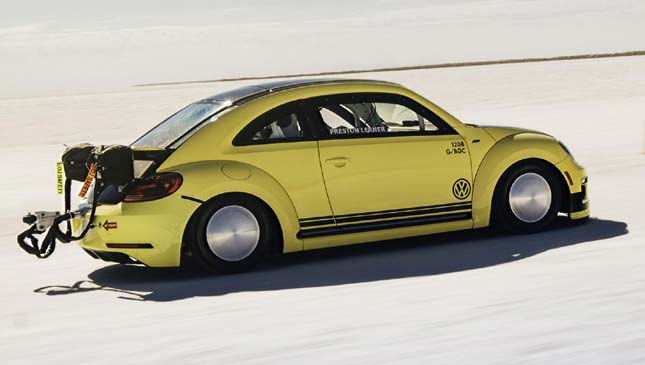 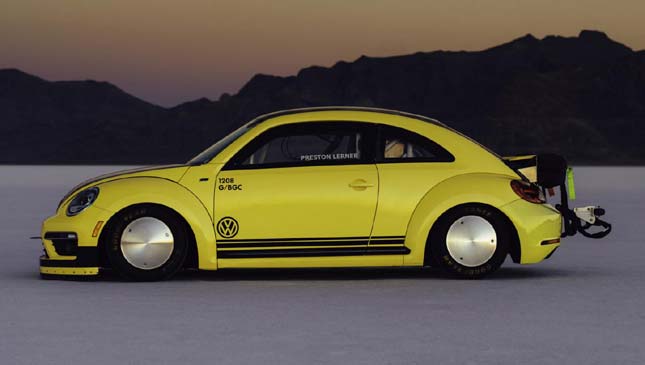 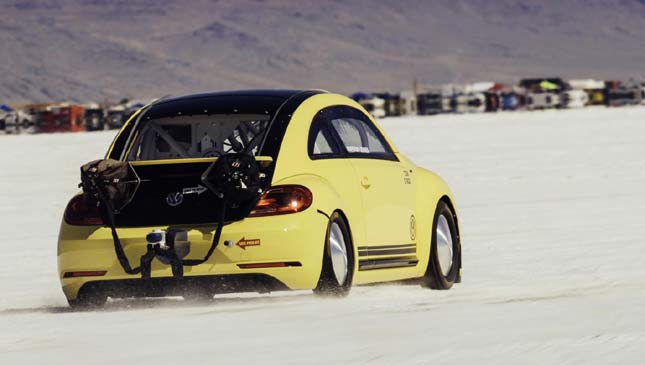 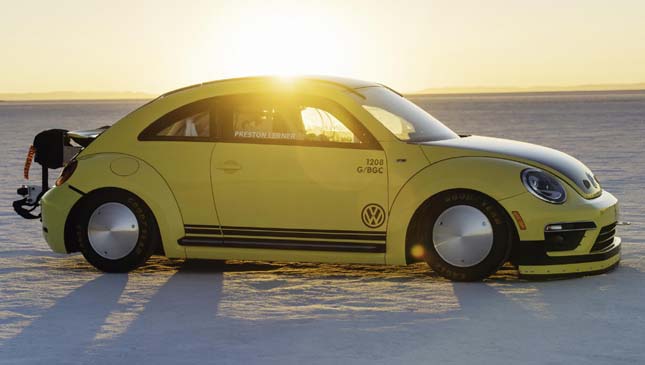 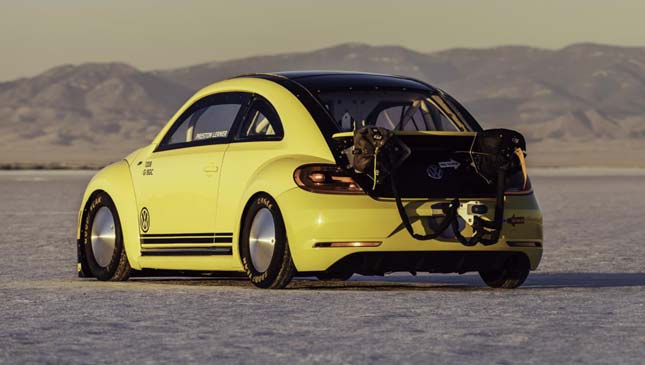 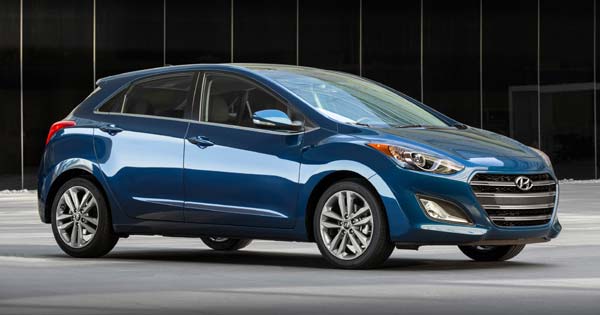