Will the Orlando bring magic to Chevy's local sales?
by Patrick Everett Tadeo | Sep 1, 2010
CAR BRANDS IN THIS ARTICLE 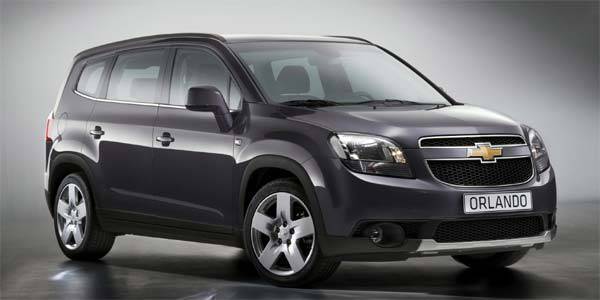 The Chevrolet Orlando set to debut at the 2010 Paris Motor Show could find its way to the local market if the Covenant Car Company (Chevrolet Philippines) sees enough demand for the multipurpose vehicle.

"Chevrolet Philippines is looking at making the Chevy Orlando part of our portfolio in the future," company marketing services manager Bel Laureola told TopGear.com.ph. "As of now, our product planning group is not yet set on that idea but maybe if the market demands for it, we will definitely be obliged to include it in our product line up."

The seven-seater Orlando MPV is one of four 2011 production model cars that Chevrolet will debut at the Paris Motor Show. Joining the Orlando at the show are a hatchback version of the Cruze compact car, the all-new Aveo subcompact hatchback, and an updated Captiva sport-utility vehicle.

The Orlando is based on the same Delta II platform found in the Cruze and bears styling cues that recall the American carmaker's sport-utility vehicles. For the European market, the Orlando will be offered with three engine choices: a 138-horsepower 1.8-liter inline four, and two 2-liter turbodiesel engines that produce 128hp and 160hp.

"The new Orlando MPV kicks off an ambitious seven-product launch program over the next 15 months," Chevrolet Europe president and managing director Wayne Brannon said. "We're confident the Orlando not only brings great value for money to the MPV class but also something fresh--function with attitude if you like--and the opportunity for us to continue building our volume across Europe. I believe it will also bring more new customers to the Chevrolet brand."

Do you think the Orlando would be a big hit in the Philippine market? Help Chevrolet Philippines decide by posting a comment.

Check out the current lineup of Chevrolet Philippines here.

MMDA launches redesigned website
View other articles about:
Read the Story →
This article originally appeared on Topgear.com. Minor edits have been made by the TopGear.com.ph editors.
Share:
Retake this Poll
Quiz Results
Share:
Take this Quiz Again
TGP Rating:
/20