Traffic officers at service stations in the Chongging province of China hand out raw chili peppers to sleepy motorists and watch them feed on it to be sure they are doing their part to keep the roads safe.

A total of 1.5 kilos of raw chili was distributed in nine days, the Chongging Evening News reported.

The Chinese police were reportedly inspired by two sleepy drivers from Hunan who were pulled over by traffic officers. The drivers asked for peppers to keep them awake.

Chili-averse motorists may be offered cold water, menthol balm and even places to sleep. Still, police officials said the peppers were working well - not to mention they are cheap and easy to get. 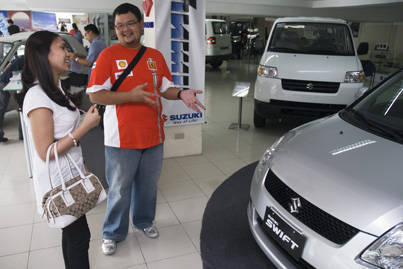 More Pinoys aim for a new car
View other articles about:
Recommended Videos
Read the Story →
This article originally appeared on Topgear.com. Minor edits have been made by the TopGear.com.ph editors.
Share:
Retake this Poll
Quiz Results
Share:
Take this Quiz Again
TGP Rating:
/20